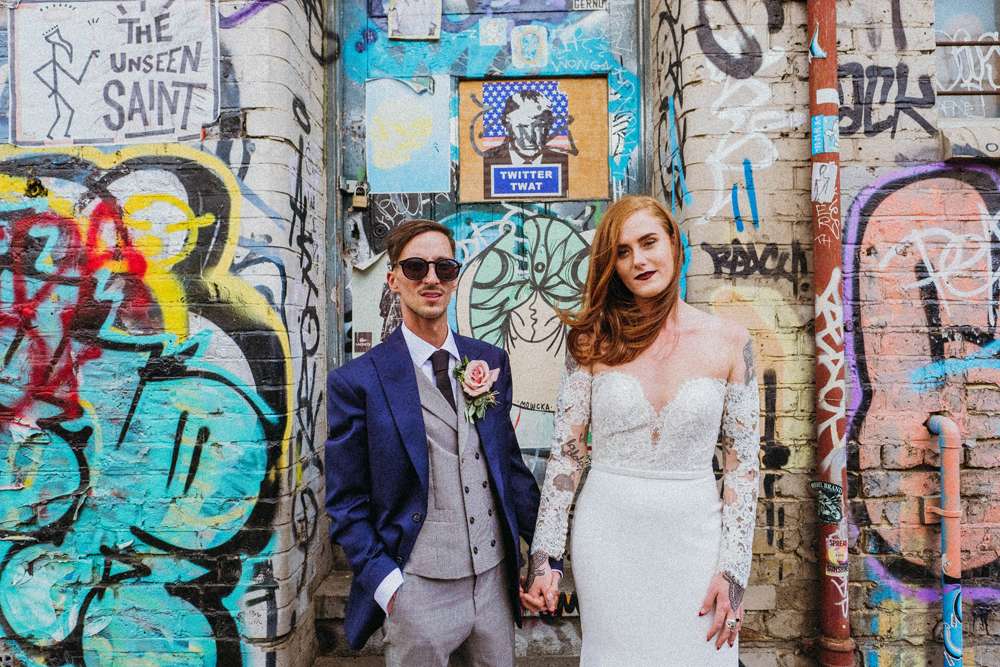 Gigi and Ale’s big day deserves big words: This is one of my favourite weddings I’ve ever seen, ever, and that includes in every outlet and in every Instagram scroll. In their own words, “The whole day oozed relaxation and the ability for everyone to dismiss the fact that weddings are quite often stuffy and just let loose!” They arrived on a canal boat waving flares, left wearing trainers, and in the middle did a whole lot of incredible celebrating… 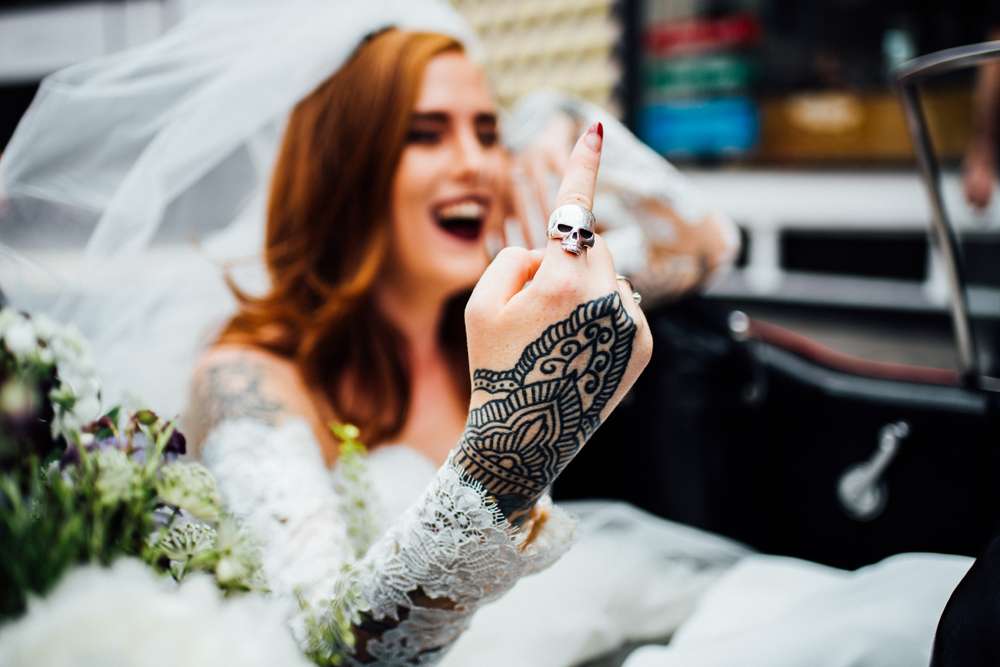 From the get-go, Gigi and Ale knew they wanted their day to be non-traditional and chilled out. They also wanted it to reflect their Italian and Scottish roots. “Alongside a lot of movies we both enjoy (Wes Anderson and Quentin Tarantino flicks in particular) we were also inspired by the delicate touches romantic Italian weddings are known for and a lot of booze for the Scottish side of the family. There’s also a lot of homages to the 60s, 70s, 80s and 90s. The inspiration for our wedding in short is just a manic collaboration of things we love, it almost reflects our chaotic brains.” 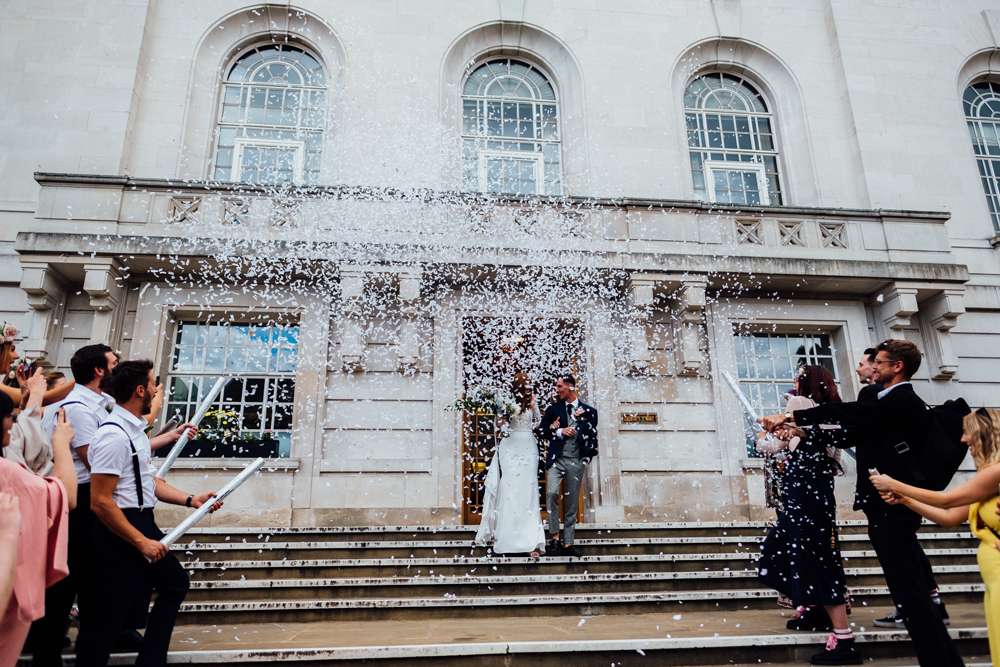 Gigi got ready at The Ace Hotel in Shoreditch, with a bevy of bridesmaids all wearing dresses from the high street, looking amazing and drinking prosecco from the bottle. She arrived at Hackney Town Hall in a black and cherry red vintage Mustang for their ceremony, which was “short, sweet, and jam-packed full of emotion.” They opted for this space because it was non-fussy, and kept it floral free to stay true to the “masculine, 1950s Godfather-esque space.” 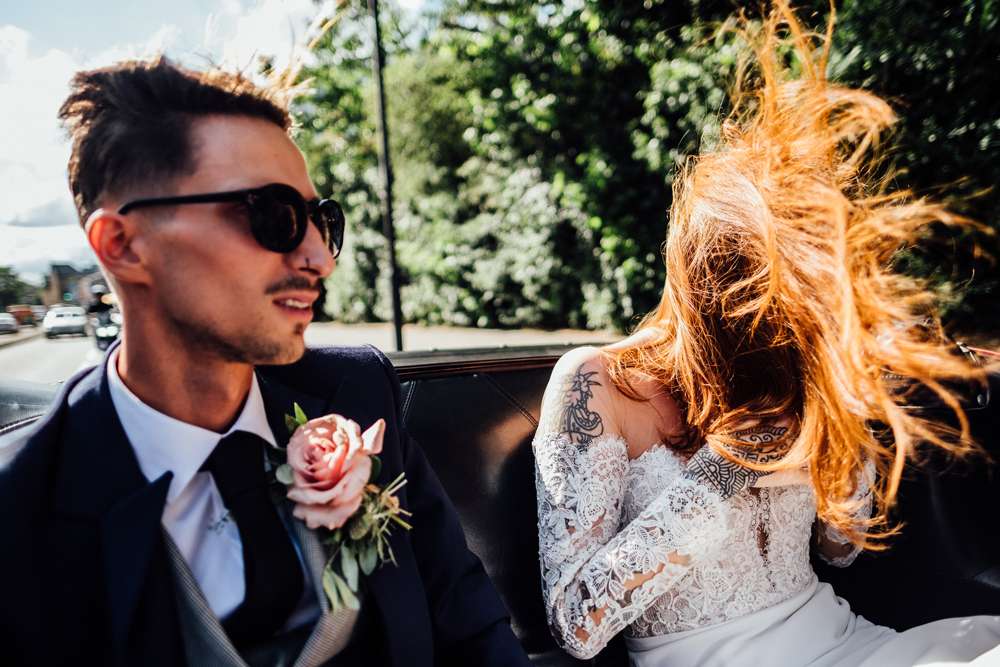 Walking out of their ceremony was their favourite part of the wedding. The bride explains, “The sensation of walking out of the town hall to all of the faces of our family and friends going absolutely berserk was incredible. It sends a shiver down my spine to think about the wash of emotion, realising that we were actually MARRIED and then watching a blizzard of confetti rain down on us. Pure magic.” 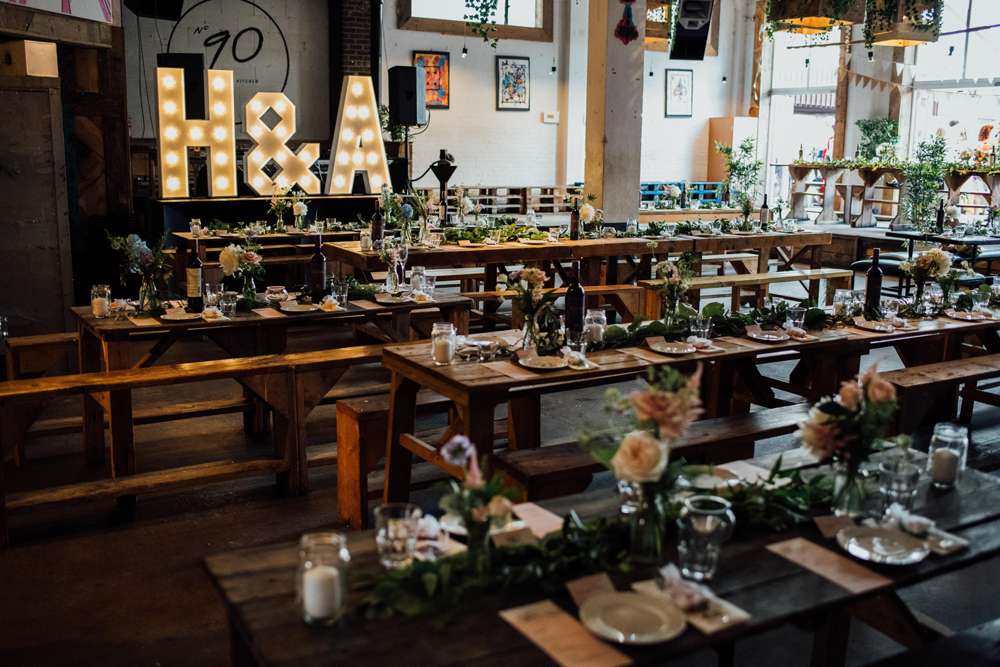 After the ceremony the magic continued on a canal boat for some time alone and a brief portraits session, before arriving at their reception wielding flares and blasting 90s House music. Their reception venue was Number 9 Bar & Kitchen, Hackney Wick, which again didn’t need much decoration as it already oozed industrial cool. Gigi and Ale did add some DIY elements though. “The table favours for all of the guests we made ourselves, along with hand-writing all the place cards. We created a huge DIY guestbook from a simple piece of mount-board, a photo of us and a lovely frame we found online.” 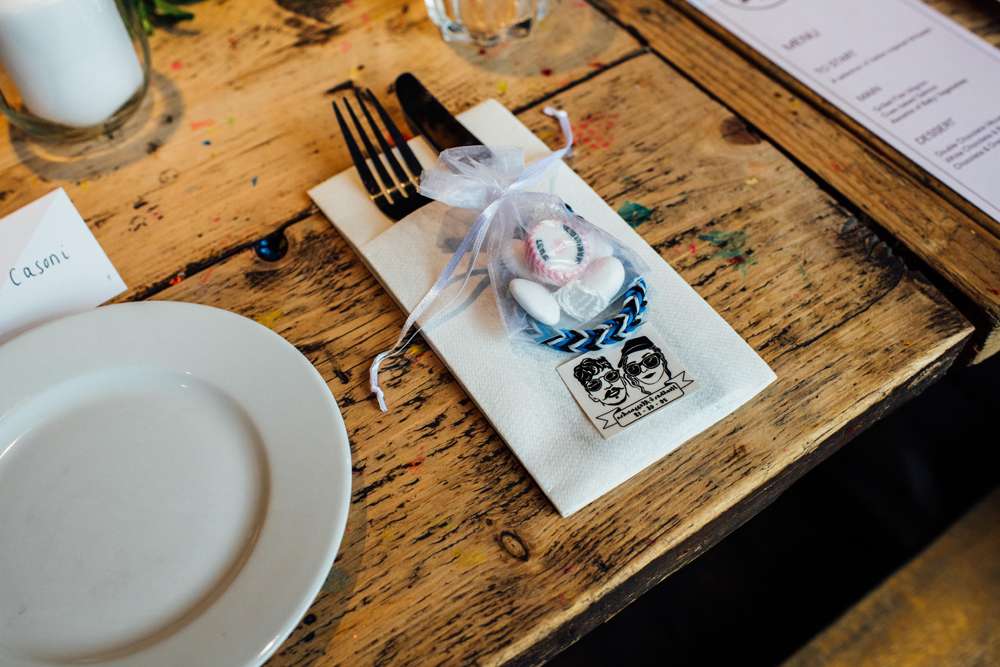 They both changed into trainers at this point and Gigi also changed into white tuxedo trousers and a white lace bodysuit. Alongside emotional speeches there were also hula hoop competitions, table football and flowing drinks. “The food and drink was our biggest expense!” they said. “Our Italian family mentality meant the biggest fear is someone going hungry and the Scottish blood means nobody should EVER have an empty glass.” 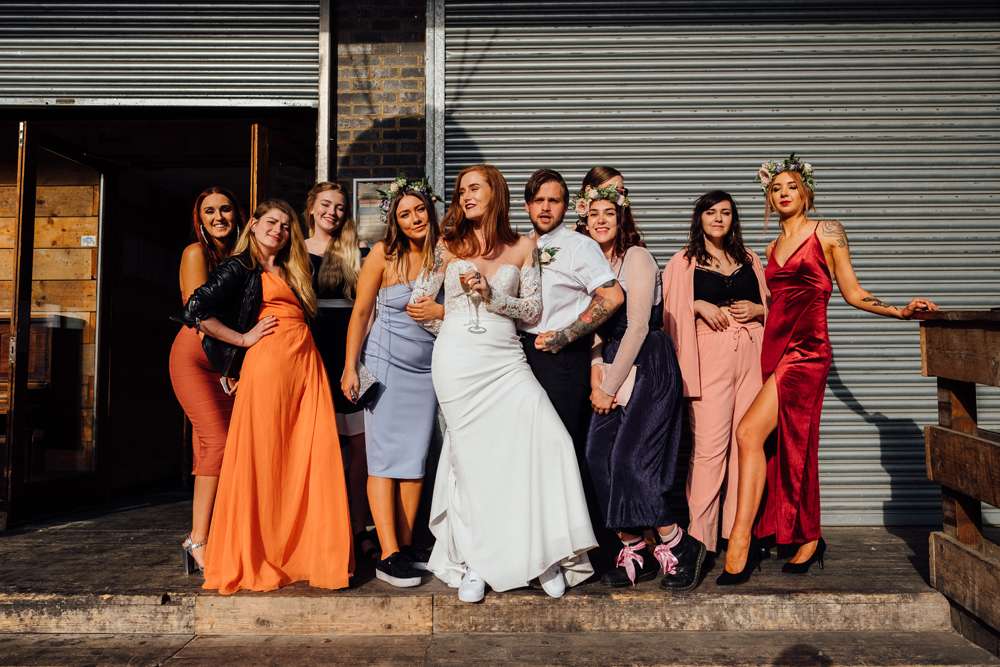 All in all, it looks like just about the best day ever, and it was. “It may not have been for everyone,” Gigi and Ale say, “but it’s us. All we could have asked for was creating a day that really expressed who we both are as people, how bananas our brains both are most of the time and just how much we love each other – and that’s exactly what we bloody did.” 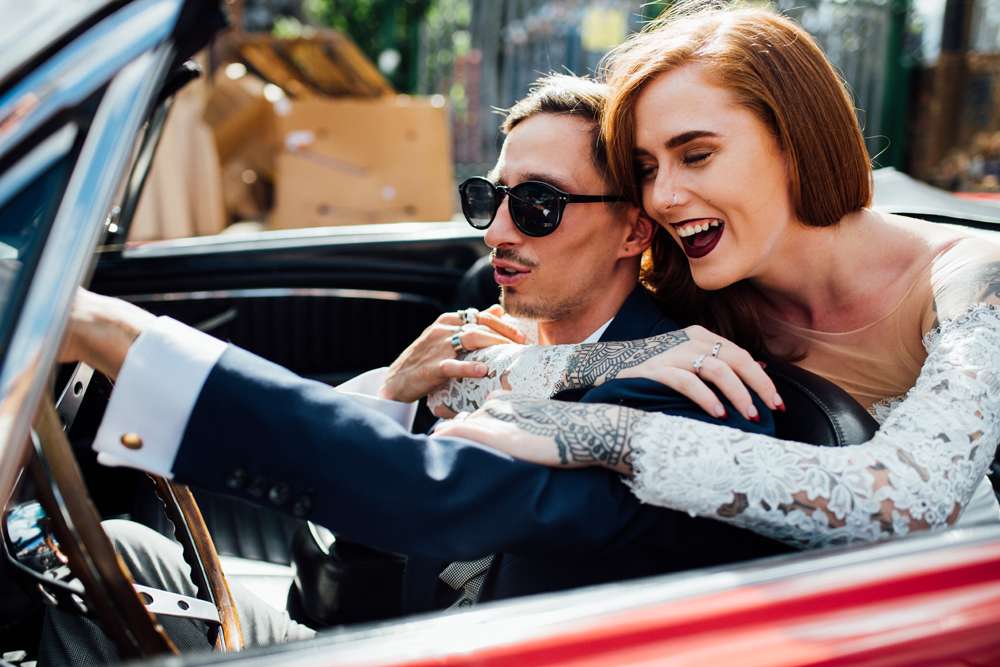 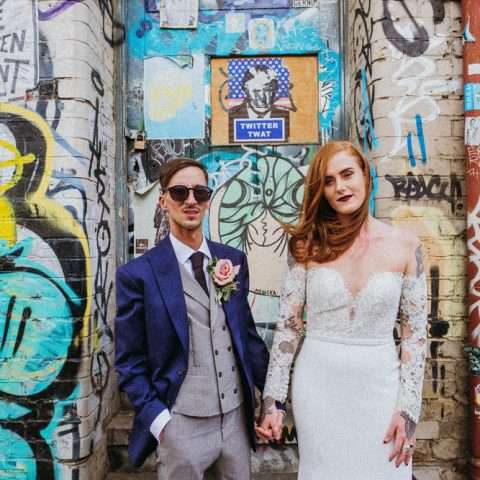 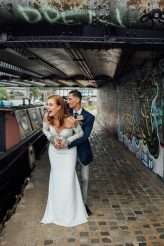 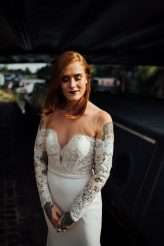 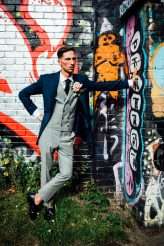 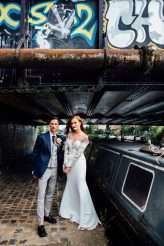 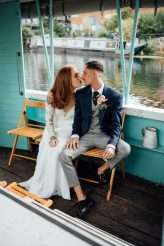 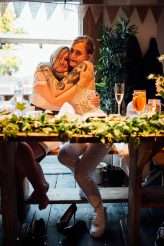