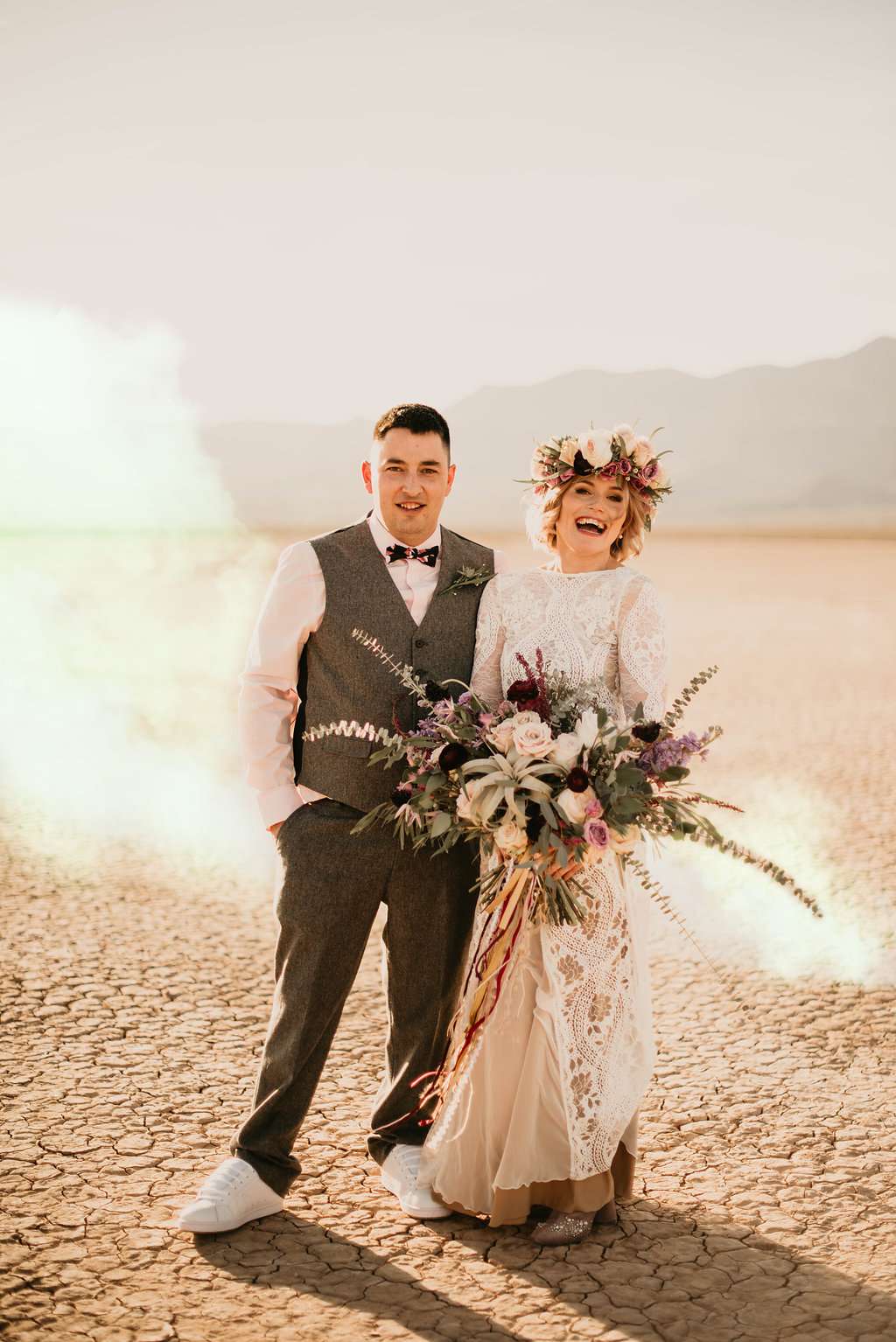 Natalie and Dave flew from the UK to Las Vegas for their February wedding, but this wasn’t an elopement, they took their closest friends and family with them! The idea to run away to Vegas was always on the cards though.

“Ten years ago, we both jokingly said that when we got engaged we’d go to Vegas”, began the bride. “So, when we finally got engaged we decided to actually do it! We didn’t want the traditional church wedding and we said to our friends and family that we’d love them to come with us but no pressure. In the end 20 of our favourite people came with us! We didn’t really have a budget, we just searched for what was best for us and in a good price range. We didn’t even count what we spent at the end of the day. We knew it was a lot less than a wedding here in the UK though, and more fun in our opinion.” 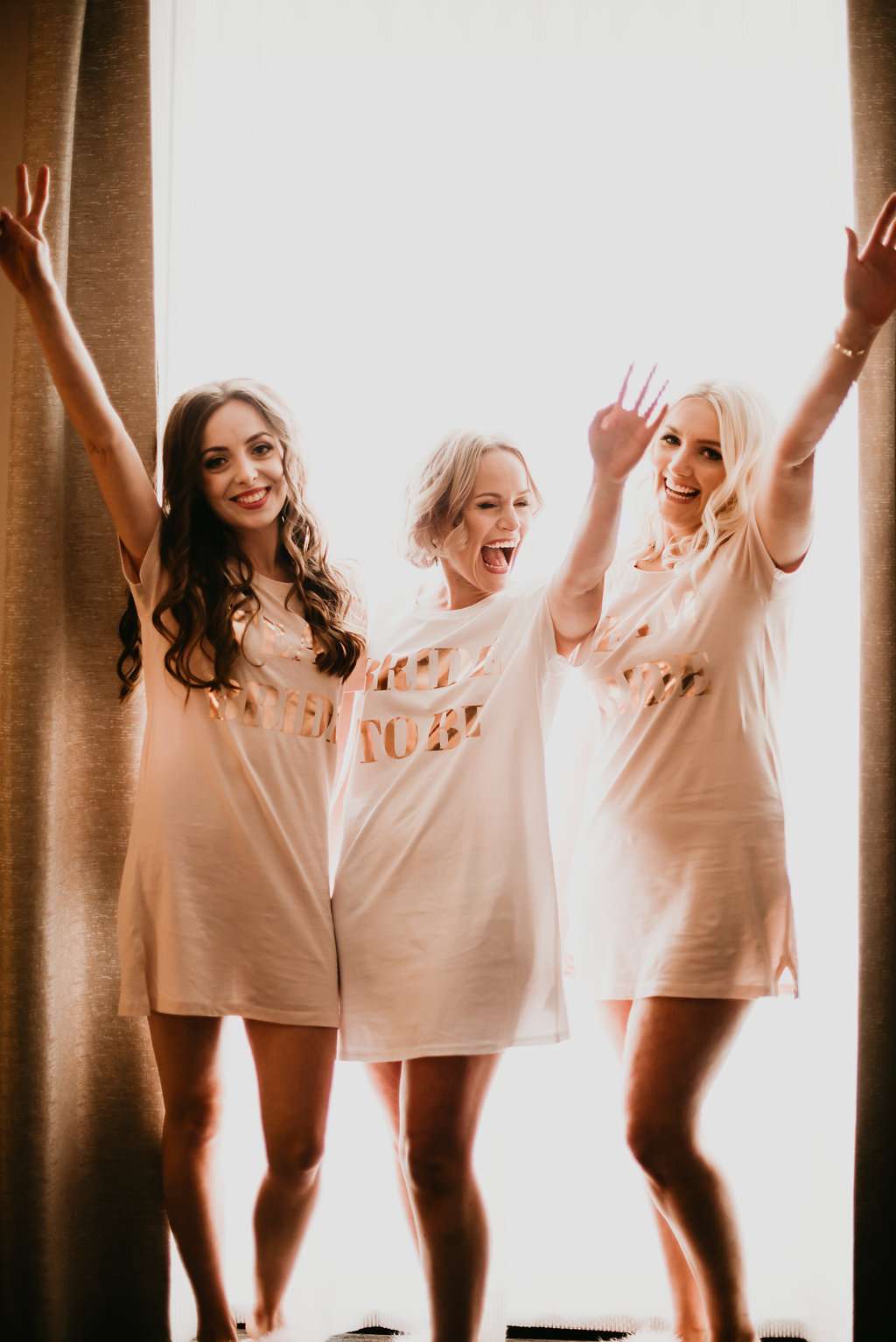 The ceremony took place on a dry lake bed in the Nevada desert. It was officiated Angie from Peachy Keen Unions. “We both love mountains, and I just loved the idea of us and nothingness around us just the natural beauty of the desert. The lake bed It was so perfect and we had the best weather it was so warm. Angie picked our location and said the most beautiful words. She allowed us to say our own vows which made it even more personal.” 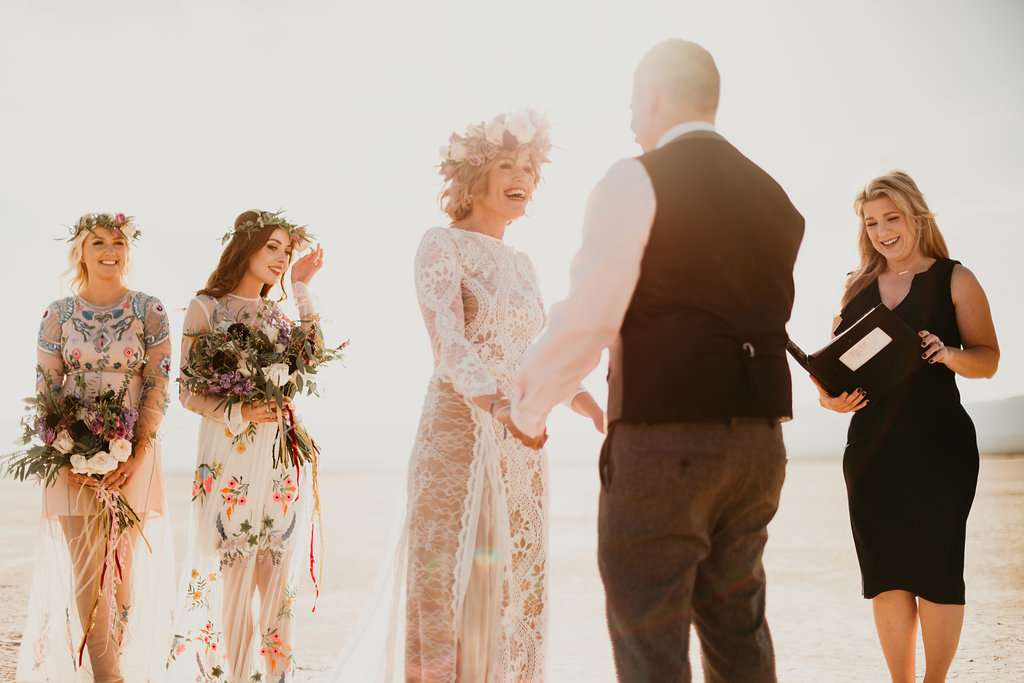 “My Dad walked me down our aisle which was our guests split in half in the middle of the desert with Sonia playing a guitar acoustic of You Had Me at Hello by Bon Jovi (our song). Then Angie, our officiant, said the beautiful words and made it more personal to us which really meant a lot more as it wasn’t the same thing she says to everyone. We were then able to say our own vows, mine were written on a nice card that said ‘It was always you’ ‘on the front, which I wrote weeks before going to Vegas. Dave wrote his two hours before the ceremony in the hotel room whilst he was playing poker with his friends. It consisted of two post-it note sized hotel paper, keeping it short and sweet! It was so personal and meant so much our friends and family could be there with us.” 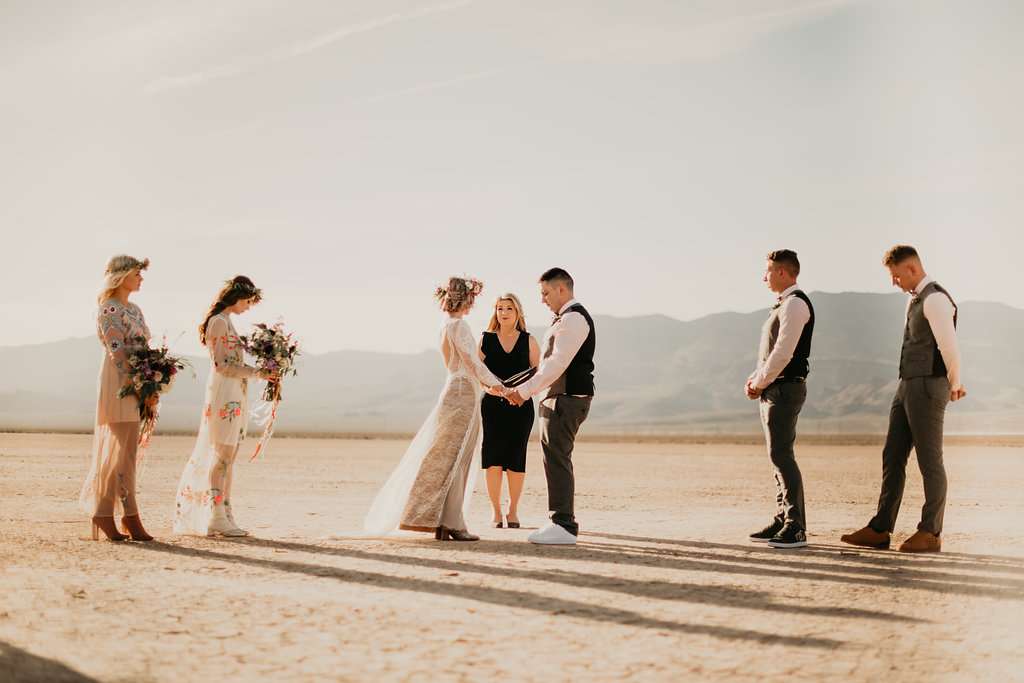 After the intimate ceremony they went to The Sparklings Restaurant for the reception. They fell in love with the interior design, from the velvet seating the industrial ceilings, the chandeliers and exposed brick walls. The food was also fantastic. “I was searching for somewhere to take all our guests after the ceremony for a meal, and with there being 23 of us it was a difficult task”, Natalie explained. “Restaurants either had crazy minimum spends and with set menus that didn’t suit us or our guests. Then I found The Sparklings on Instagram, and fell in love with the interiors. When I contacted them they said we can choose from the whole menu and didn’t even require a pre-order. To make it easier for them we selected certain starter and main dishes for our guests to choose from. They were so helpful on the day and the food tasted amazing, like most places in America we all struggled to eat a whole portion!” 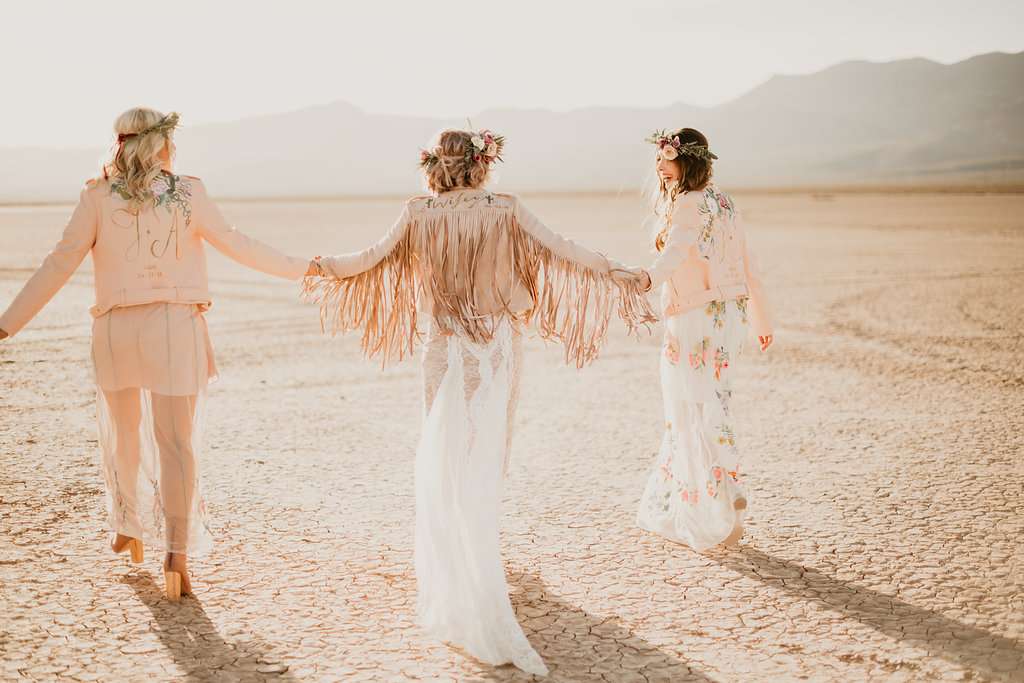 The bride wore a Grace Love’s Lace dress, comfortable boots and a fringed jacket that she bought from Misguided and painted herself. She made her own flower crown the morning of the wedding. She works at a florists in the UK so I always knew I wanted to do her own flowers. “I found a wholesalers, Mayesh Las Vegas, that would sell directly to me they were so helpful in the lead up I had access to their website which showed seasonal flowers as we didn’t know if they would vary from England. I emailed them a list of what I wanted about three weeks before the wedding they said yes or no to availability and suggested substitutes. I then went with my partner two days before the wedding to go collect and anything they were unable to get they substituted with something similar. I was like a kid in a candy shop with all their pretty flowers, I used quicksand roses, burgundy ranunculus, purple scabius, lavender stocks, lilac spray rose, garden rose Juliet, wax flower, kangaroo paw, heather and lots of eucalyptus . Then I saw their succulents, cacti and air plants, they were so dreamy. I found the biggest air plant I knew I wanted in my bouquet, and succulents for the girls and the boys buttonholes. We made the bouquets on the Saturday morning in my hotel room before the hen do and the buttonholes and flower crowns on the morning of the wedding.” 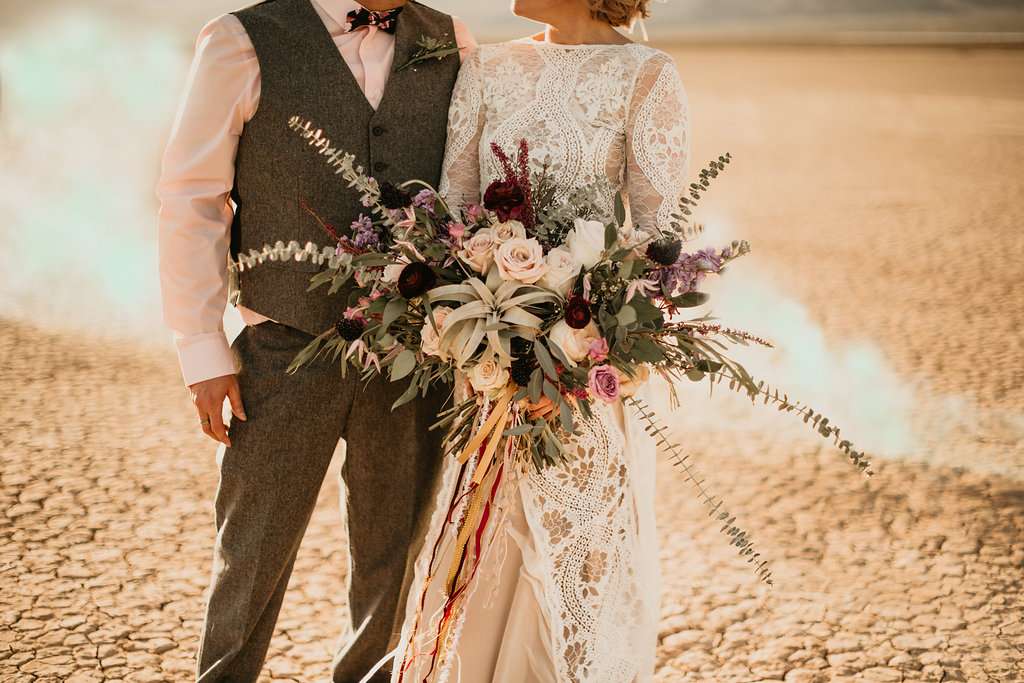 “The best thing about our wedding was being in the desert”, she concluded. “It’s so hard to describe how gorgeous it was out there. The crackled floor, mountains in the distance, the sun, how something so sparse can be so naturally beautiful… It sounds corny but it really made us appreciate this beautiful world we live in.” 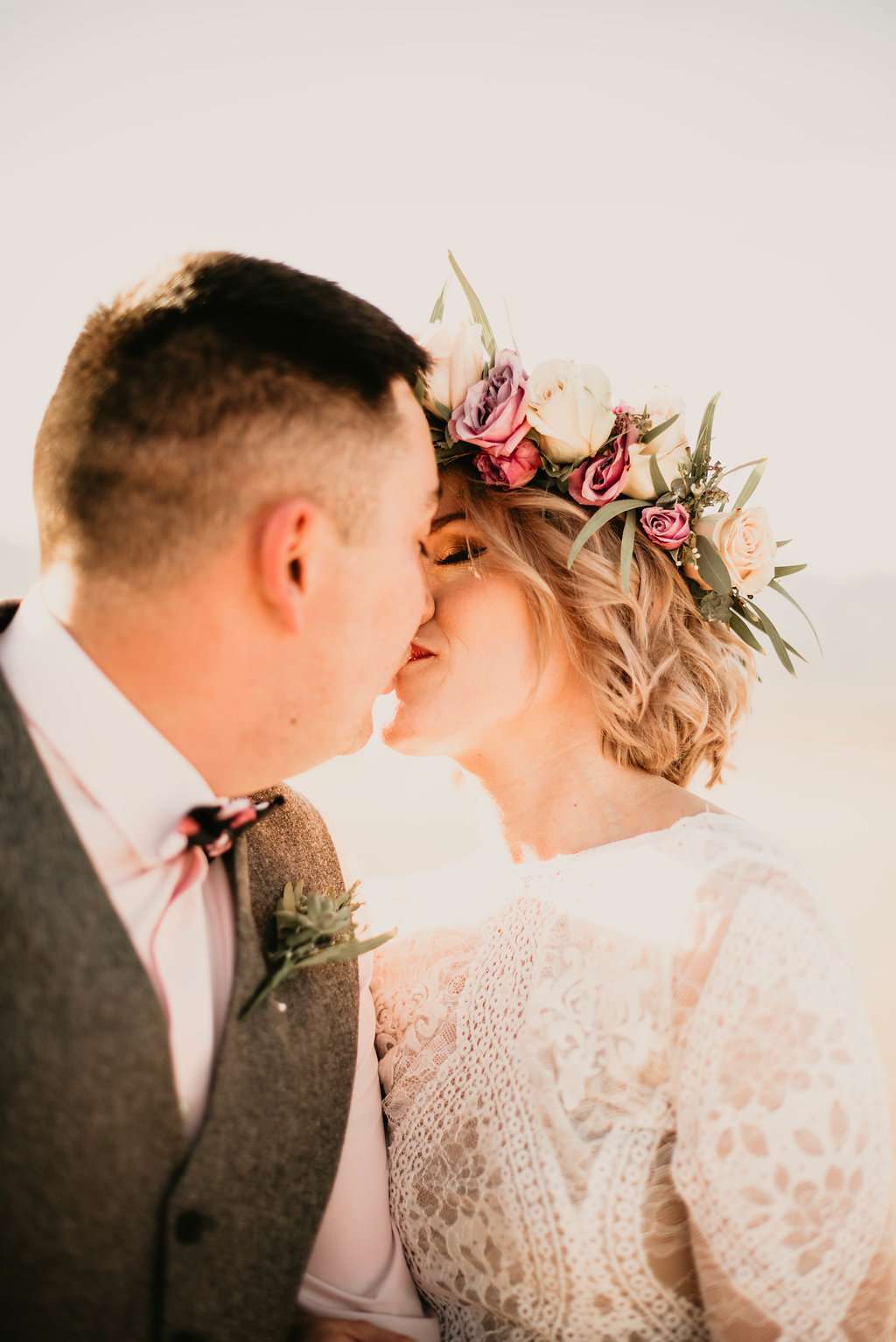 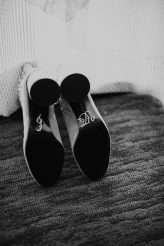 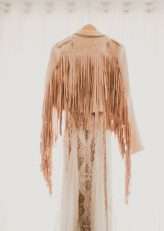 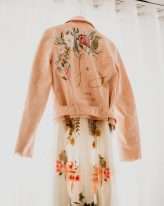 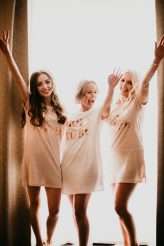 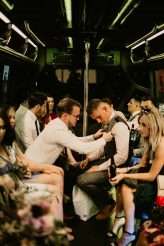 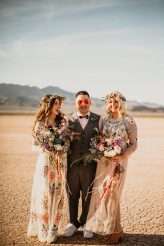 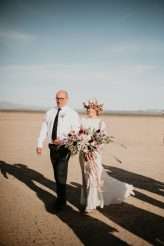 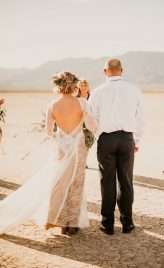 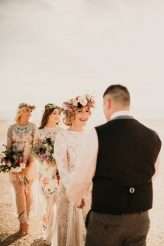 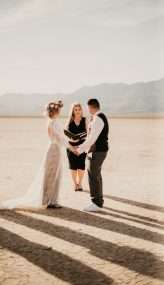 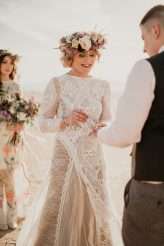 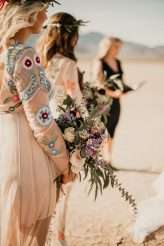 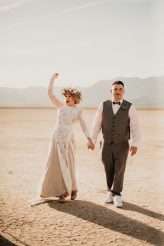 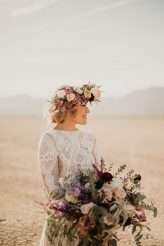 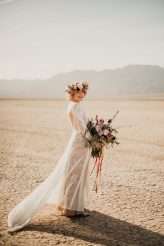 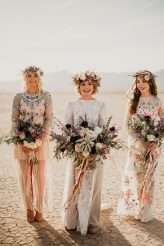 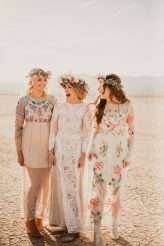 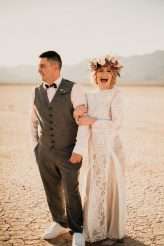 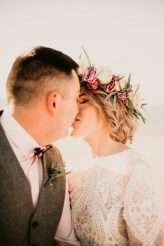 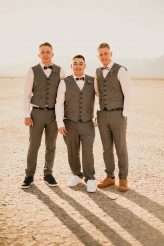 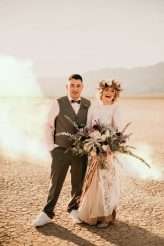 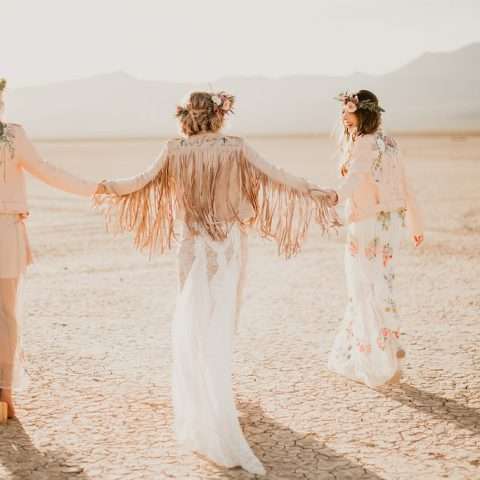 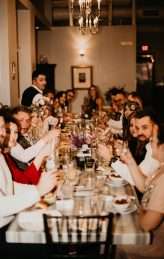 Wedding Inspired by Fear and Loathing in Las Vegas

Sarah and Sebastian were inspired by Fear and Loathing in Las Vegas for their April wedding. They wanted to have the trip of a lifetime, Cadillac convertible and all. They invited a big group of friends and family to fly out to celebrate with them.

Maddie and Matt wanted to go away to get married to picked Las Vegas followed by a two week honeymoon in Nevada and California. The bride, who did roller derby, met her BMX-loving groom at a skate park and although they didn't really care about having too much of a theme, they wanted the day to reflect both of their interests.