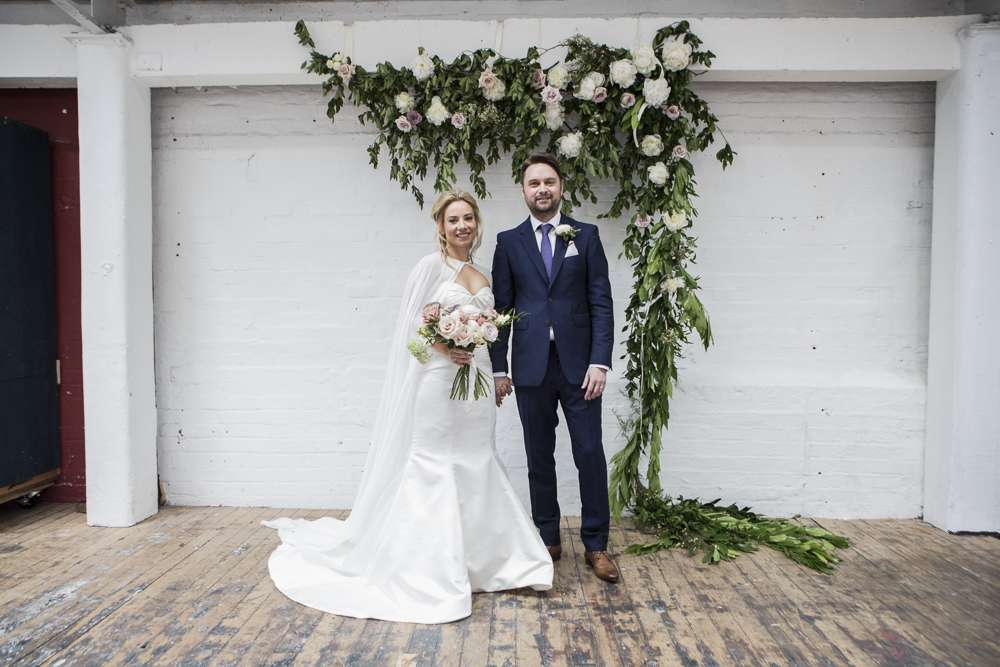 Louise and Mark’s wedding was cool and relaxed with a London vibe. They didn’t want it to be too formal, but also didn’t want to lose the feeling that it was a wedding and not just a party. Their wedding was held at Dalston Heights, a venue of two large, empty, inter-connecting rooms, meaning they we were able to transform the space into exactly what they wanted.

“The venue was our biggest expense but was the centrepiece of our day,” explained Mark, “and it gave us the room to create what we wanted. It was expensive because it was sought after, but we could immediately see why. The best thing about planning our wedding was knowing that the day would be exactly how we wanted it, and knowing we were going to be giving our guests an amazing time.” 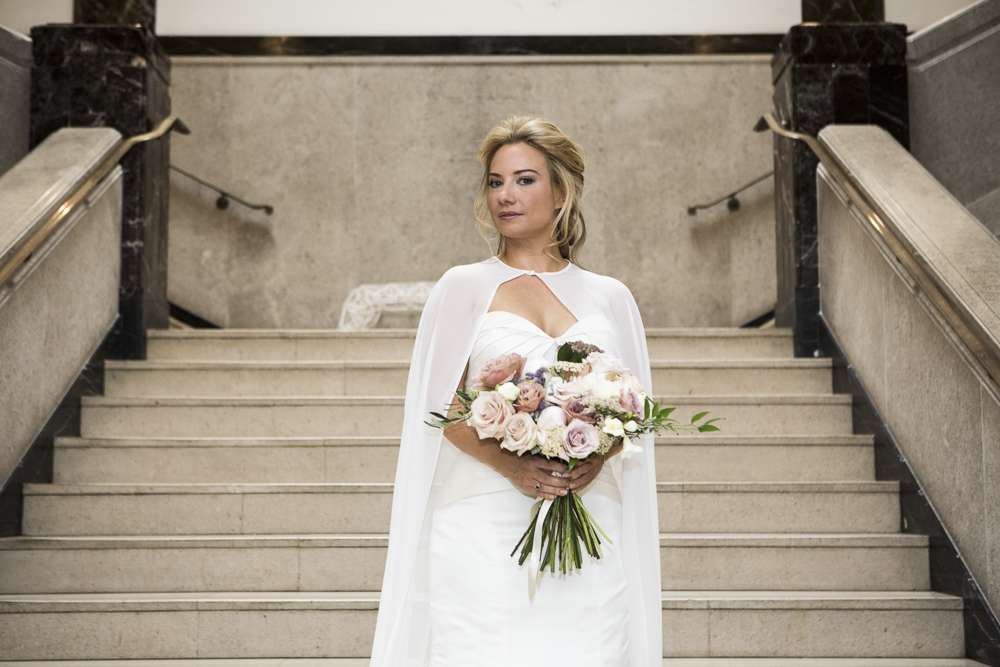 “This was especially important to me,” continued Louise, “everyone goes on about it being YOUR day but I felt confident Mark and I would enjoy the day no matter what. However, I really did want our friends and family to have an incredible time, with delicious food, lots to drink and great music to dance to.”

Mark’s favourite part of the wedding was seeing Louise for the very first time in her dress, while Louise’s was the speeches, “My dad’s and the best man’s speeches were both really special. I was conscious I didn’t want the day to be too formal or stuffy so we’d spoken about whether or not we should even have speeches on the day, but I’m so glad that we did. I think as the bride these are the rare moments you might dread wondering what might be said, but they were both so warm and funny, it really made my day.” 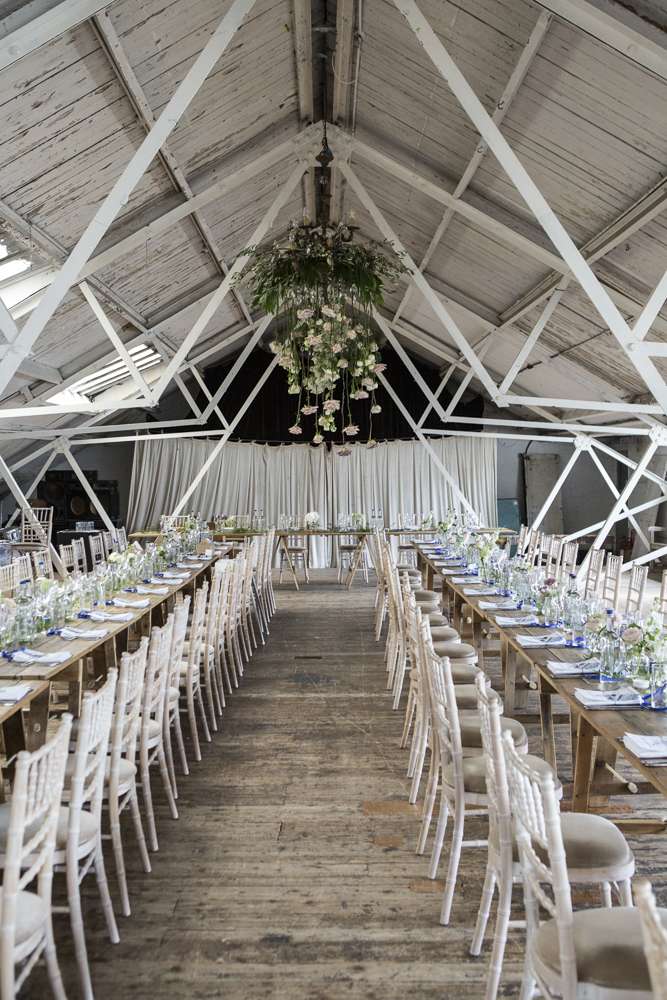 The groom’s speech turned out to be particularly dramatic, “At one point the gorgeous sunshine which shone down on our day was replaced by an incredible cloud burst which saw water come through several parts of the ceiling,” explained Mark, “thankfully not onto anyone or near any electrical equipment. I was making my groom’s speech at the time – as I was wrapping up a deafening clap of thunder filled the room. I took that as my cue to finish, which actually couldn’t have come at a better moment!”

The one thing they wish they’d known about planning a wedding before they began was how much time it takes, “We were very relaxed over the planning early on, maybe a little too much so. And then had a mad rush to book and arrange things nearer to the date. Our DJ was only booked two weeks before the wedding!” 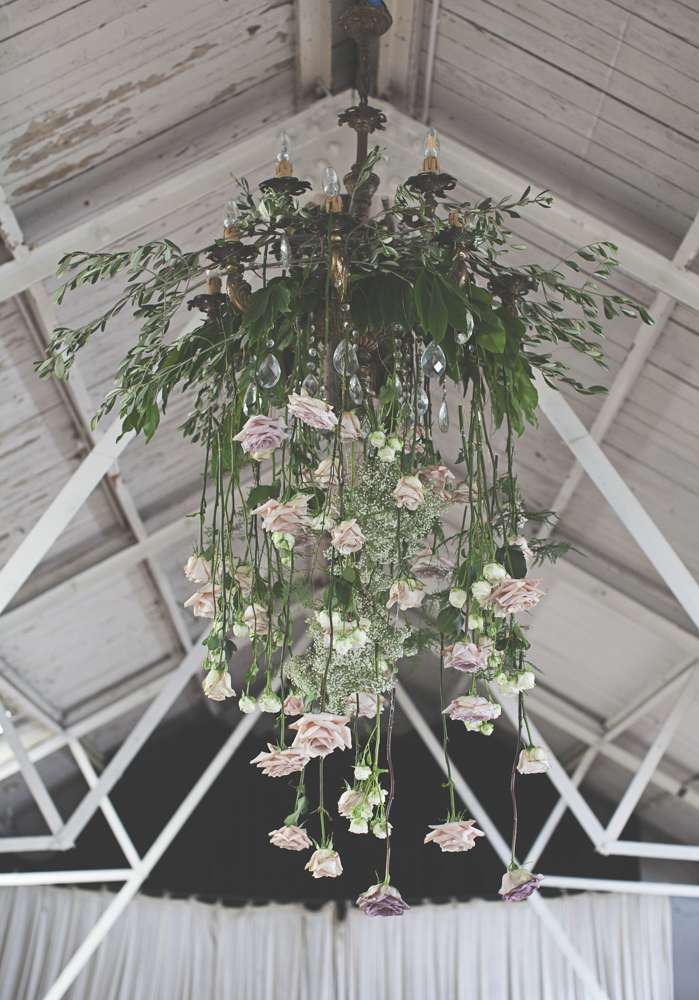 After their venue, Mark’s suit was a close second in their most expensive things! However, they saved money by bringing in all their own alcohol, “We had a few fun wine tasting nights with friends and family, before settling on the wine we wanted to serve and then when we saw it on offer in a supermarket, we took our chance to buy it. We also made our seed favours, baskets of toiletries for the bathrooms, and all the signage ourselves. Another major saving was on our invitations and seating plan. We can’t thank our good friend Sarah enough for all her hard work putting these together. We wanted them to look like a festival or gig ticket, but she totally ran with this and came up with loads of different designs in various colour palettes for us to choose from – all while she was eight months pregnant with her second baby! We only paid for the printing, and it would have cost us hundreds of pounds had we gone to a designer.” 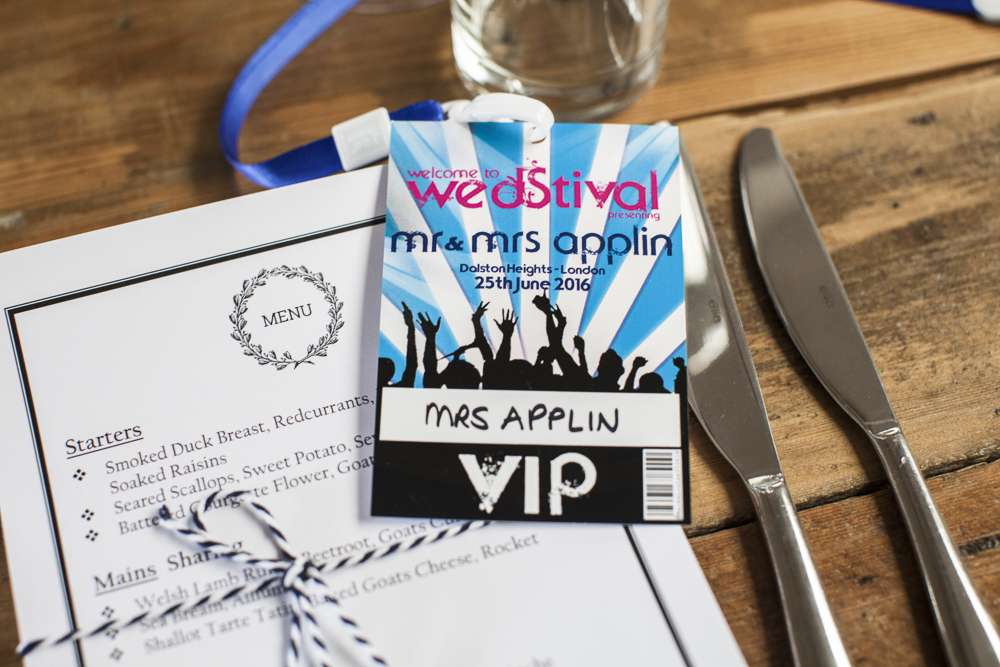 “In retrospect, the only thing we would have done differently is visit the venue in the summer and later at night (we only ever saw it in the morning!) to see how the lighting changed the venue and could have planned accordingly. It took a while to get the evening reception started after dinner as the venue was so light from all the uncovered windows.” 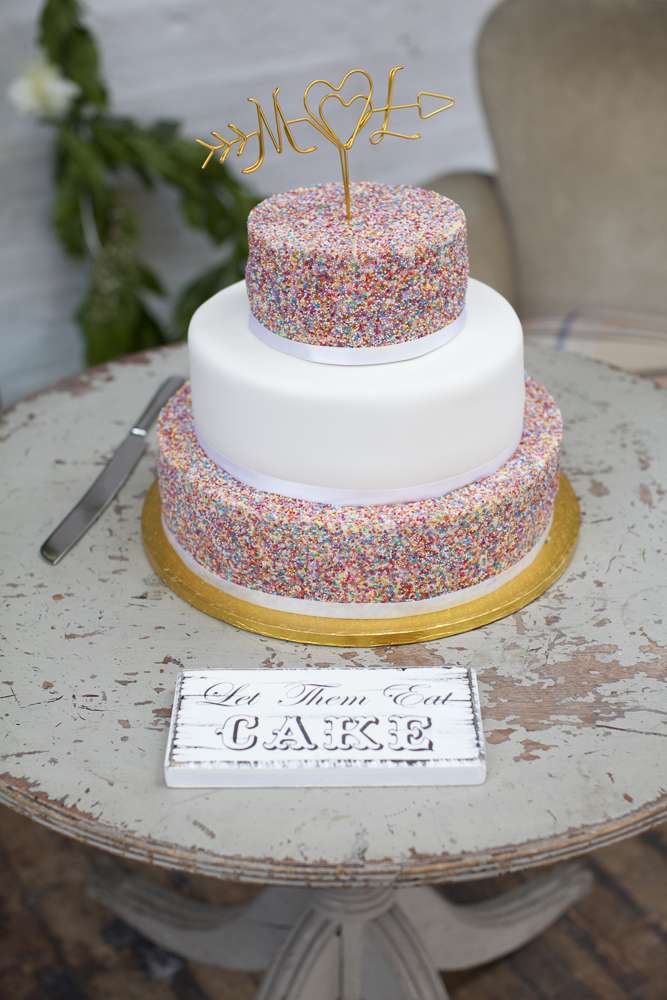 “Our advice for future brides and grooms is stick to your ideas and your budget. It’s your day, never forget that. And regardless of the money spent and time taken – be sure you take a breath and enjoy what you’ve created. Hearing all the positive comments from our guests through the day made us realise that all the hard work and expensive had been worth it. It goes by so quickly, you really do have to savour every last moment, as it truly is such a special experience.” 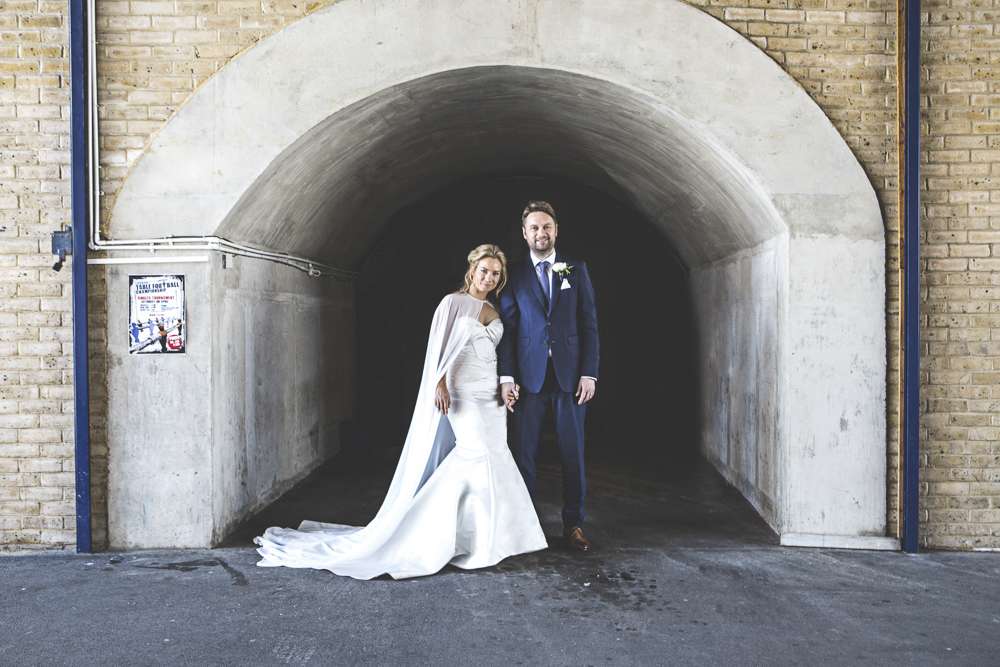 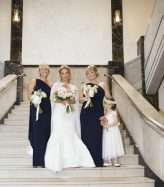 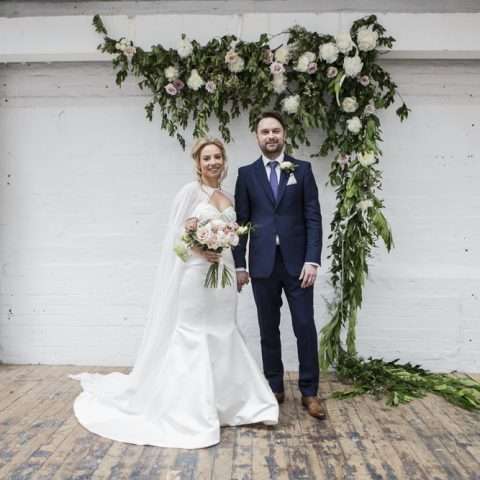 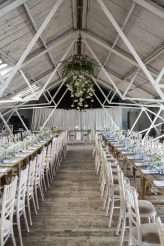 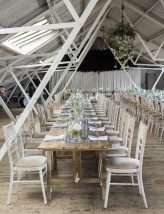 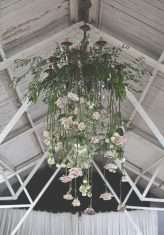 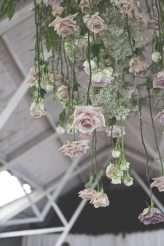 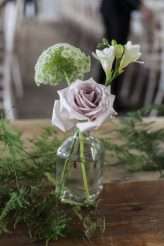 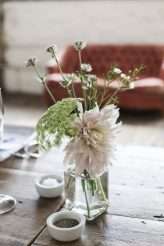 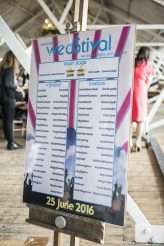 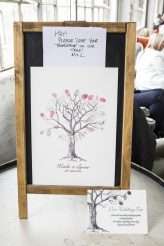 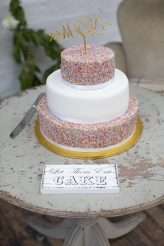