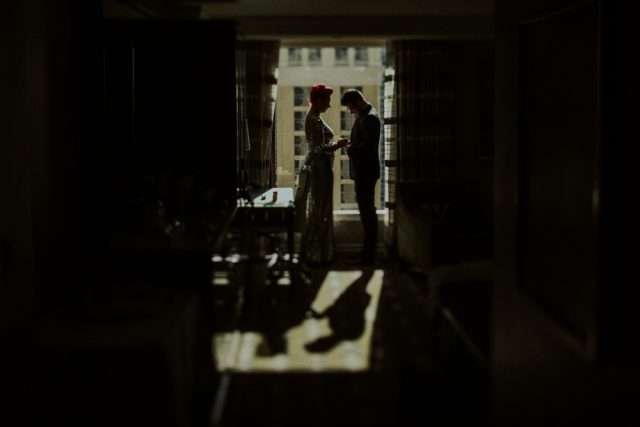 “We met on a night out at university”, began the bride. “We had mutual friends and got chatting, he was grumpy but I liked his style. We hung out quite a lot for a while until uni ended and we moved to different places and lost touch. After four years we got in touch again, started chatting on the phone, met up and then got together! He’s cheered up a bit since then…” 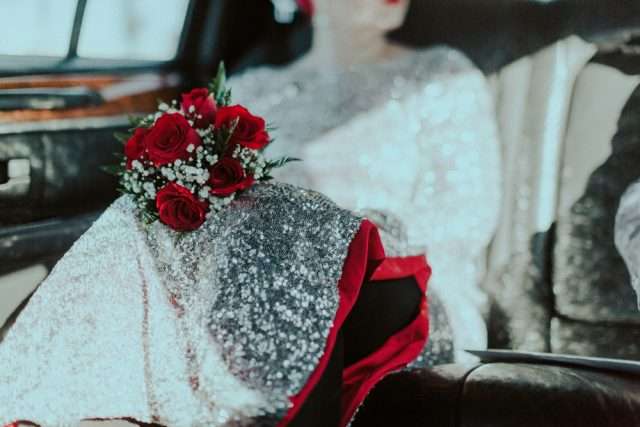 “The wedding was completely inspired by old Vegas. We wanted something memorable but very ‘us’. We don’t like ‘faff’ (things that take lots of organisation and end up being stressful) and just wanted to be on our own. We didn’t like the idea of a wedding where we didn’t see or talk to each other all day. So many weddings look the same, with a hotel venue, posed photos with lines of people and standard white dress; that’s just not us. Loz wanted a snazzy tailor made suit and I wanted sparkles! We both got what we wanted. We’ve also plan to return to Vegas for every 10 year anniversary, in our wedding outfits, and take lots of photos!” 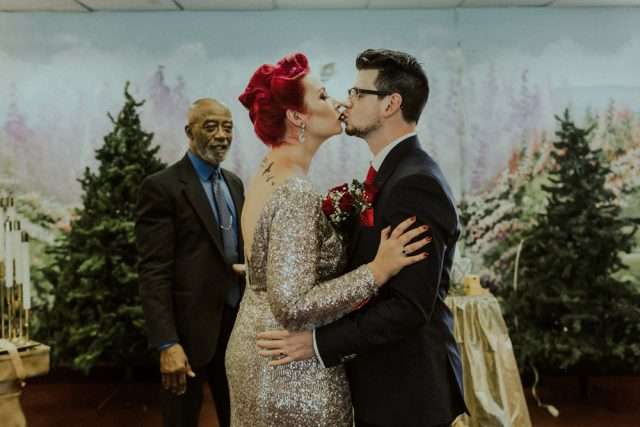 Although Vegas is a popular spot to get hitched, this pair still wanted their day to feel personal and unique. “A lot of people get married in Vegas”, Nic said, “and lot of people have wedding photo shoots there so we spent $70 and bought a 30inch pizza from Pin Up Pizza, walked it down the strip back to the Bellagio and ate it in bed in our PJs. That was our wedding breakfast. We’re mad for pizza.” 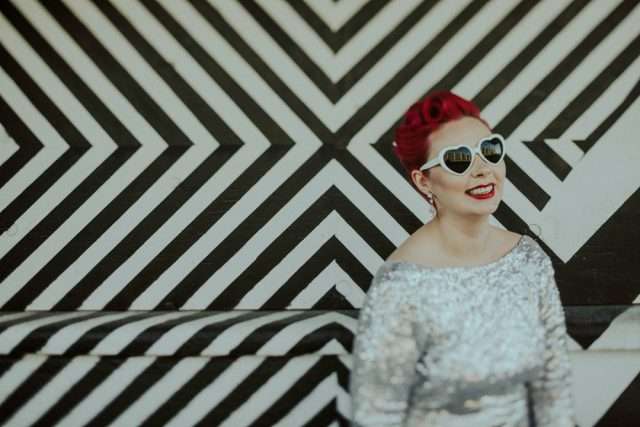 “We bucked tradition wherever we felt like it; so if we felt like having pizza in bed rather than a classy meal, that’s what we did. No one dictated what we should be doing. Also, our outfits were pretty unique! I got married in a floor length glitter gown made by The Couture Company in Birmingham!” 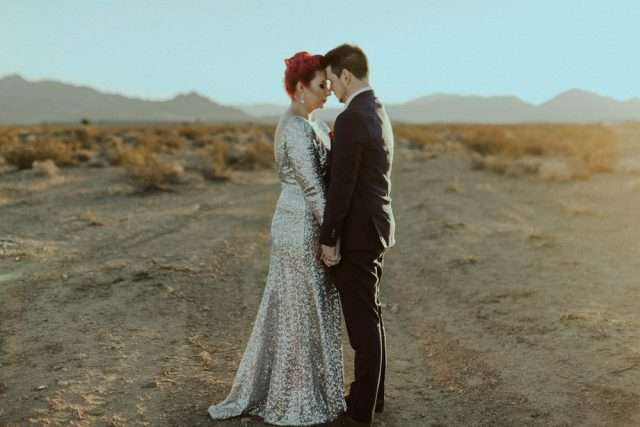 The ceremony itself was perfect, with just the two of them and their photographer present. “Oh the ceremony was amazing”, she remembered, “so much better than we could have imagined. We presumed we’d be rushed in, quick ‘I do’ and then back out again, but the minister said the nicest things and just had the biggest smile throughout! He said things like, how he could tell by the way we looked at each other, how much love we had. The words really meant a lot and made our families back home, (who were streaming it live) really happy. It really made it stand out for us.” 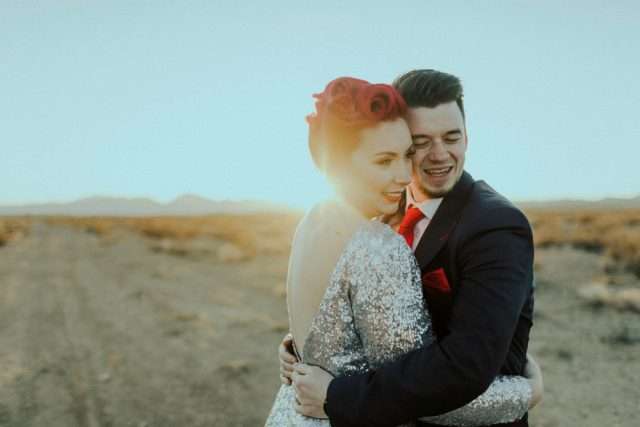 Even though it was December the weather was pretty warm, but when the sun went down they ended up very chilly! “By the time we got to the Seven Magic Mountains the wind had picked up and being out in the desert as the sun was going down made it very cold!” Nic continued, “I hadn’t brought a coat, and ended up borrowing Loz’s suit jacket which added to some cool photos being taken. In some of those photos we were absolutely freezing though! Also, after the ceremony I changed my shoes because I couldn’t spend the day walking around Vegas in heels, so I put on my big Dr Martens. They looked great with my dress!” 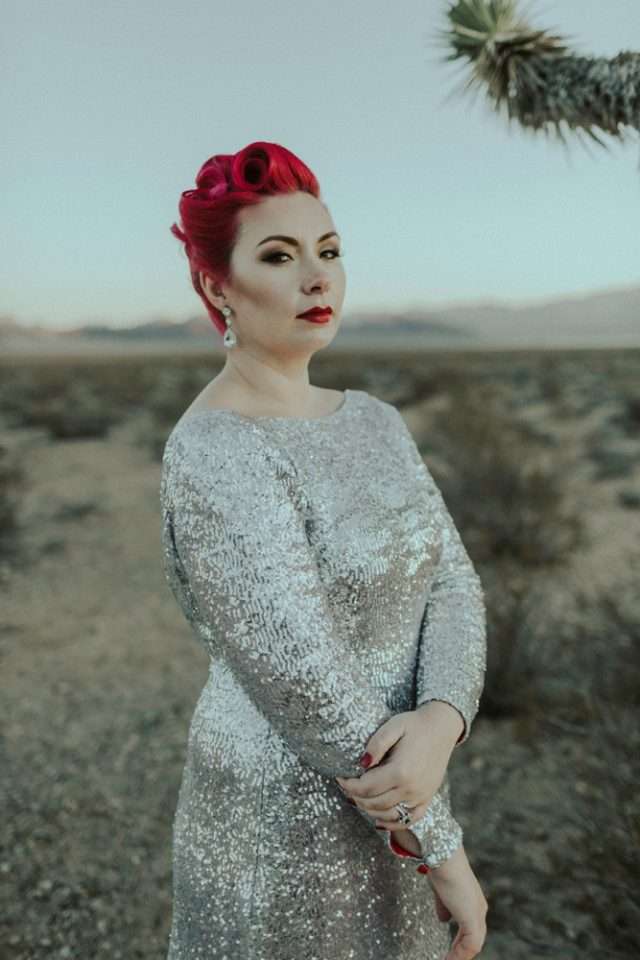 “It’s impossible to pick one favourite part of the wedding. There just wasn’t a point where we didn’t have smiles on our faces. Even the temperature dropping at night didn’t make a difference. It was just such an amazing experience.”

“Our biggest cost was our photographer”, she concluded. “We wanted the photos to be perfect and as soon as we saw Forged in the North’s website we knew they were the one. Paul was an absolute gem, we had such a good laugh with him and he had great ideas. We couldn’t have picked a better photographer.” 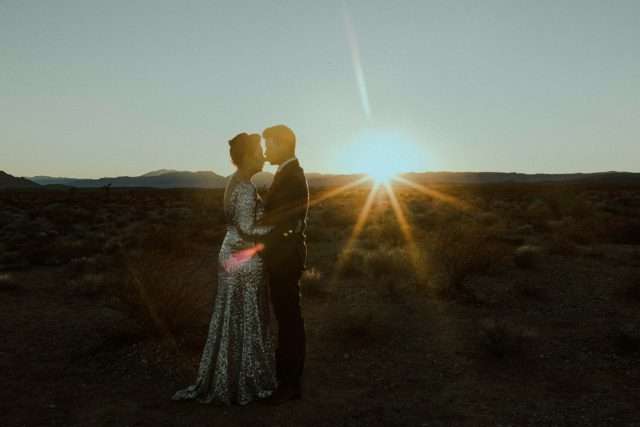 “Our advice for other couples would be don’t let tradition dictate your wedding day. This is a day for you and your partner, not everyone else. Also, we’re expecting our first baby in November, just in time for our first wedding anniversary!” 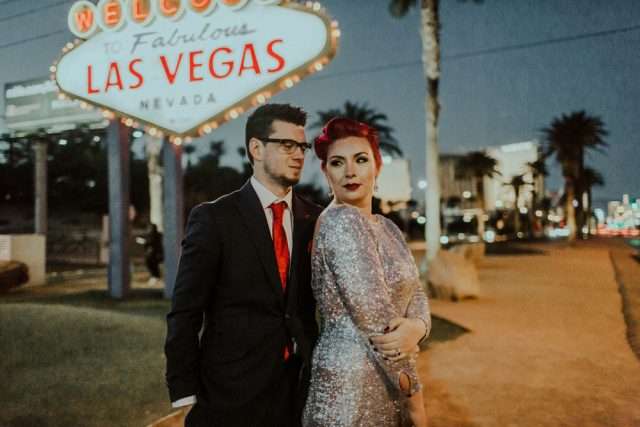 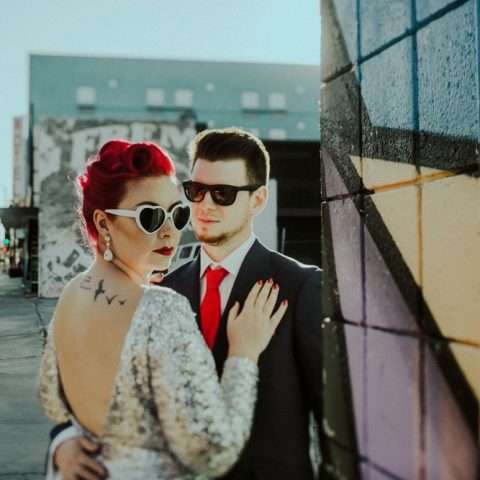 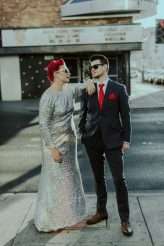 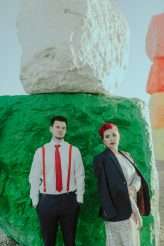 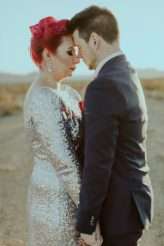 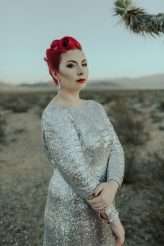