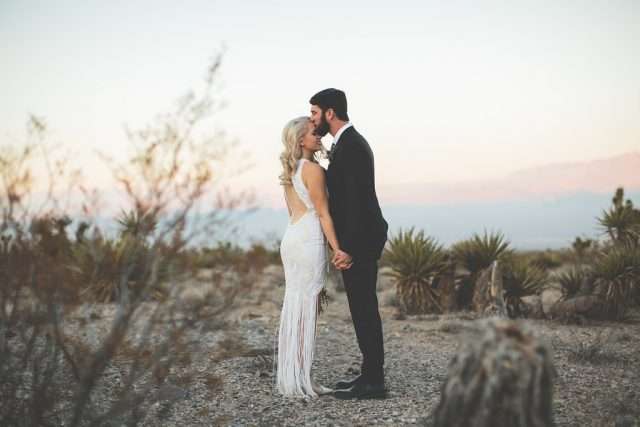 “Being in a long distance relationship for over half of our time together is definitely far from an original start between two lovers,” began Haylea, “so, of course, why would our wedding plans be any different? Hence we eloped! We drove across the country just to get married in the world famous Sin City where I needed two dresses because I couldn’t commit to just one! We then went to Disneyland and Palm Springs as our honeymoon right afterwards!” 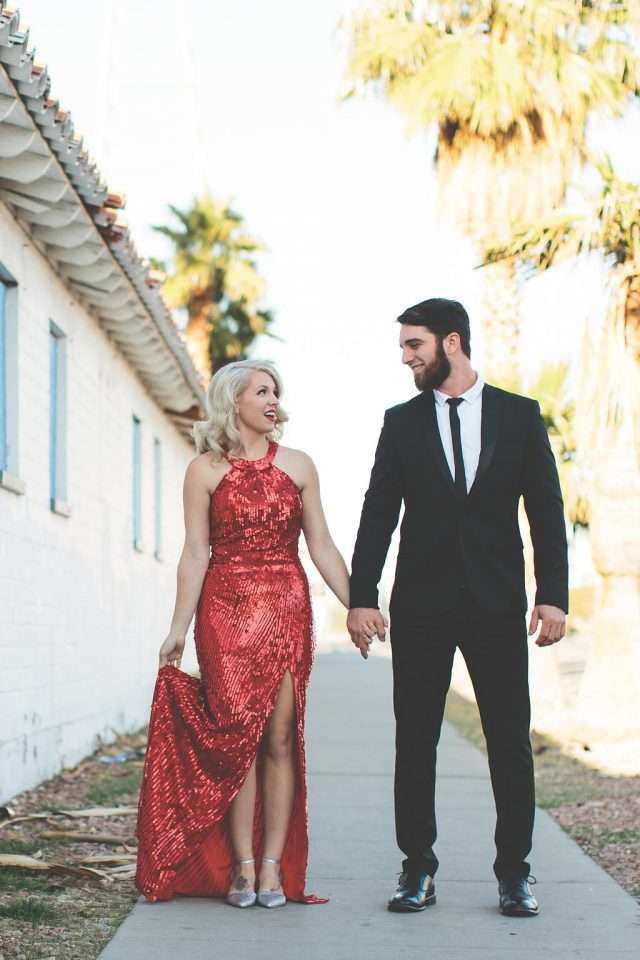 Their ceremony had a picturesque backdrop of desert, mountains and Joshua trees. “It was intimate and lovely… Other than the fact that it was freezing! We exchanged traditional vows and had Holly (our awesome officiant) to read a letter my parents had written to, essentially, give me away. It was perfect, intimate, and just what we wanted.”

“I had to do a dress swap from my red dress to my white one”, she continued. “Thank goodness I had such cool people making our day happen because our officiant and photographer held up a makeshift room so I could change into my other dress! I’m sure some of the people that drove by still got a peepshow it was pretty windy that day but oh well!” 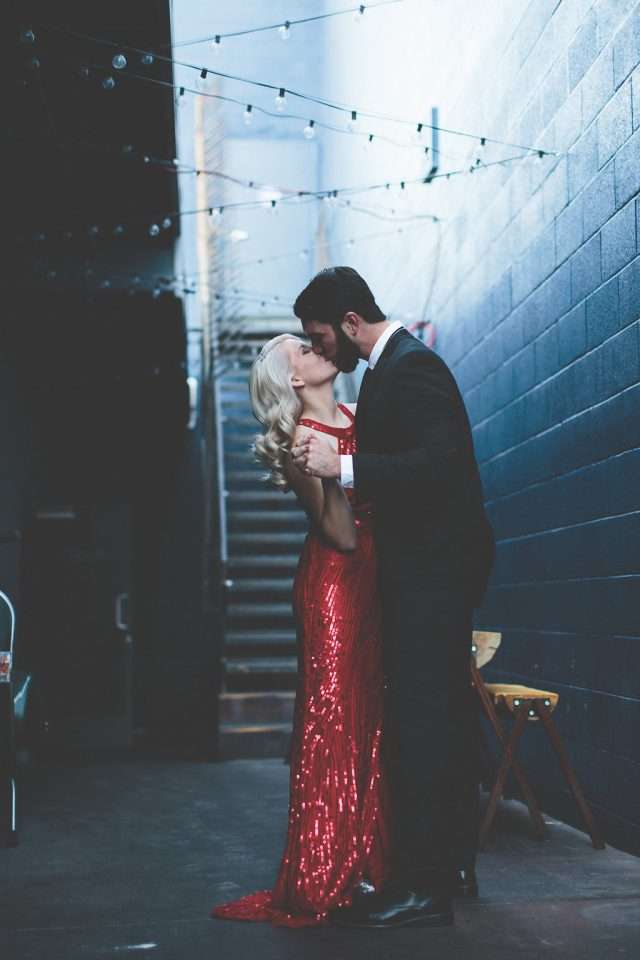 Their favourite part of the wedding day was randomly ending their night at Frankie’s Tiki Room with their videographers. “That’s what is so fun about an elopement; we got to meet and hang out with such awesome people. We brought in the New Year and our wedding with some awesome drinks and awesome people! We all enjoyed our huge donuts and fun tiki drinks! And talked for what seemed like forever!”

Their biggest expense was the videography, “We didn’t want to skimp and after Mike from Pure Light called me and was so personal, it sealed the deal for us. We knew they were perfect for the job! We knew that they would capture us just how we are so our family would feel like they didn’t miss out on a thing!”

Luckily just eloping in general saved them money as they didn’t have all the costs around hosting lots of people. In total they spent $4500 including their honeymoon, “We would definitely recommend eloping as it will save you so much money too! We got to elope and honeymoon all in one without any worry of money! Plus Vegas is awesome when it comes to cheap accommodations and a good time. However, even planning an elopement can be stressful at times. But just take a breath and know that regardless of the stress, you get to marry the person you love and the small stuff isn’t as important as that.” 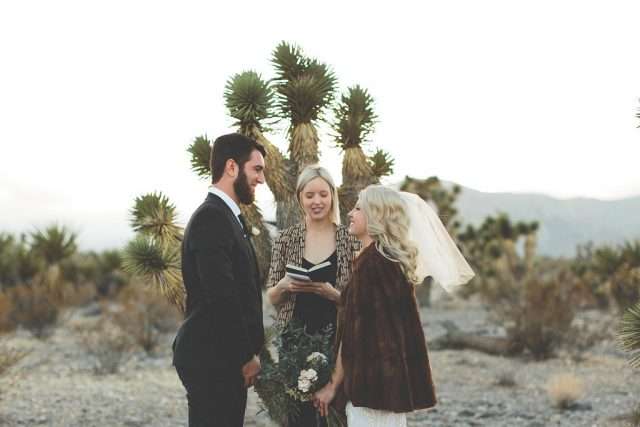 The best thing about planning their elopement was getting to 100% focus on what would make them happy for their big day, “We got to have donuts as cake and go get drinks at the Tiki room because that’s what we wanted! The hardest part of planning was just getting started. Making the first leap was the hardest but once you do, it goes smoothly! On top of that we had never been to Las Vegas so we were putting faith into everyone else, luckily we had a great group of people that made our day super special! The only thing we would have done differently was check the weather more! We thought we were prepared, but that desert chill is a real thing. We were freezing!” 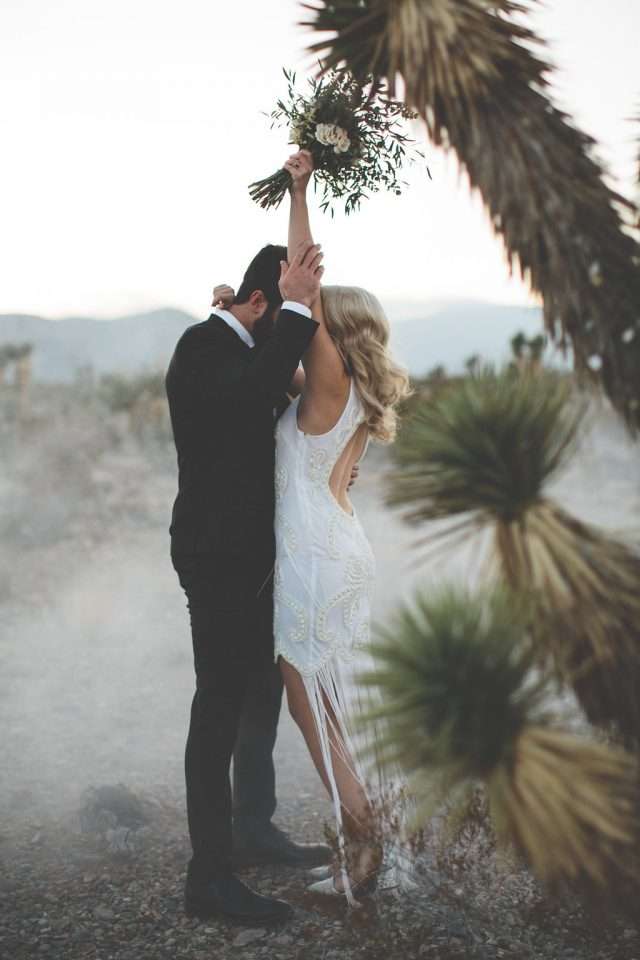 “Our advice for future brides and grooms is do what you want, have fun, make stuff up as you go, don’t sweat the small stuff, and don’t be afraid to dance without music. And find your photographer or videographer first. They normally have cool places scouted out that you might not know existed in Vegas.” 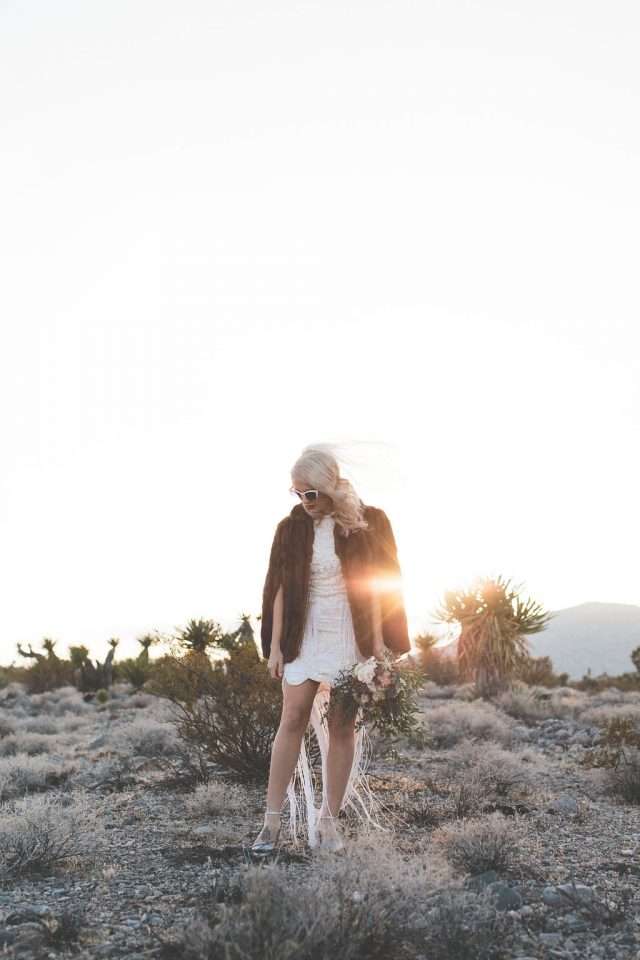 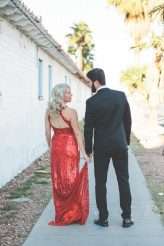 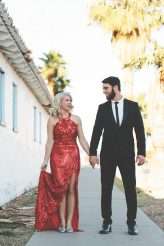 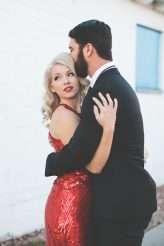 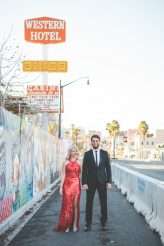 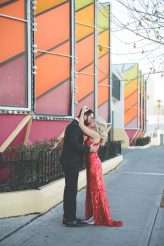 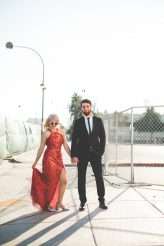 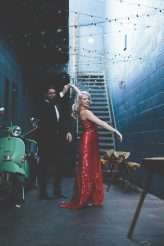 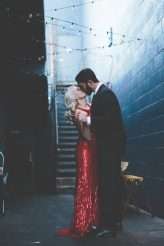 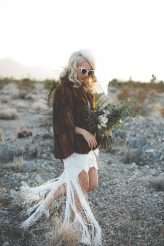 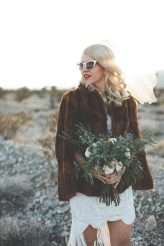 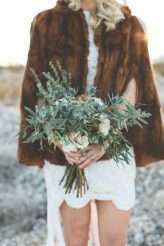 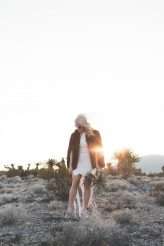 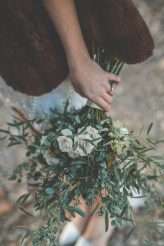 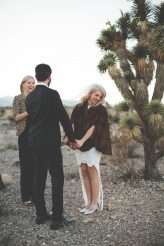 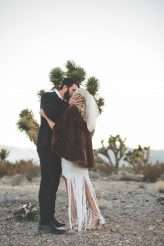 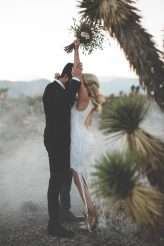 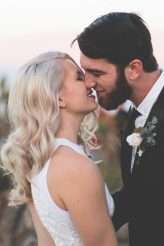 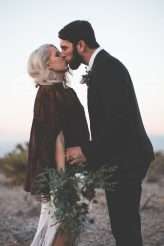 Christine and Eddie's elopement is like a lot of the Vegas weddings we feature in so much as they had a quickie quickie chapel ceremony and spent the afternoon waltzing around the city taking fabulous photos. The thing that really made their day stand out to us though was Christine's INCREDIBLE one-of-a-kind outfit, it's not every day we see a bride rocking a (home made!) neon green veil!