It’s unusual for me to start a real wedding feature by sharing the video, but Maliya and Dimitris’ film, made by BeingThere Videography, is such a beauty that I can’t help myself. Put this full screen, turn it up loud and enjoy!

Any wedding where the bride rocks pastel pink hair, they have a unicorn wedding cake and they party in a nightclub is all good in my book. Doesn’t this look like the most fun EVER? They were legally married on Christmas Day and had their party on New Year’s Day! 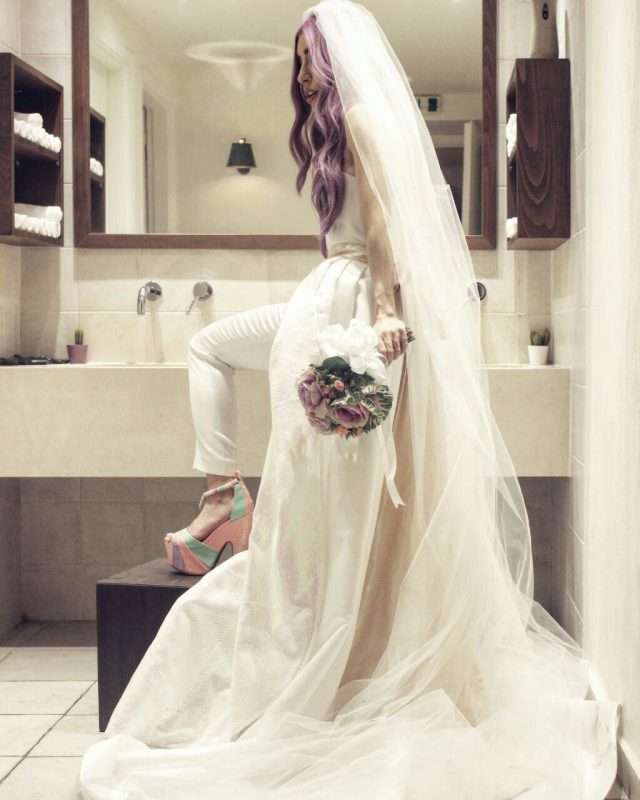 “It was always our dream to have a ceremony as closed as possible and a party as open as possible”, the bride explained. “So we decided to split our wedding in two parts: The ceremony day and the party day. Then we came up with a crazy idea, to get married on Christmas Day. In case you are wondering ‘why is that crazy?’, well it was almost impossible to get our church to allow a wedding ceremony on Christmas. The only way to do it is with special permission. So you can imagine that we were very persuasive and super happy that it really happened on the 25th of December 2016! To complete the two part wedding festivities we naturally threw our party on New Years Day, 1st January 2017!” 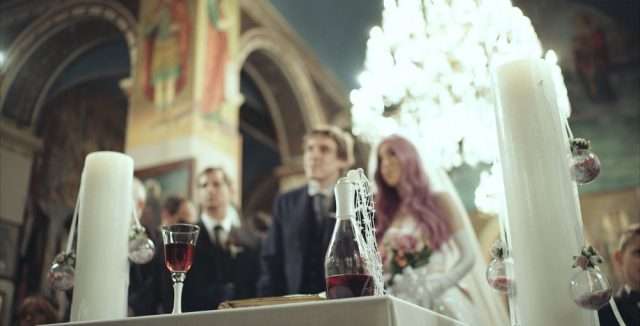 “You can never go wrong with a disco party especially on New Years Day so we booked a DISCOTHEQUE, our beloved Cinderella in downtown Athens, for the party. Shiny disco balls, light up dance floor, animal print couches paired with sparking balloons, bubbles, firecrackers and disco music all night long made it a night to remember for everybody. We had finger food going around from a friend’s burger joint, our themed cake plus cupcakes and bride and groom cakepops for everyone and themed cocktails.” 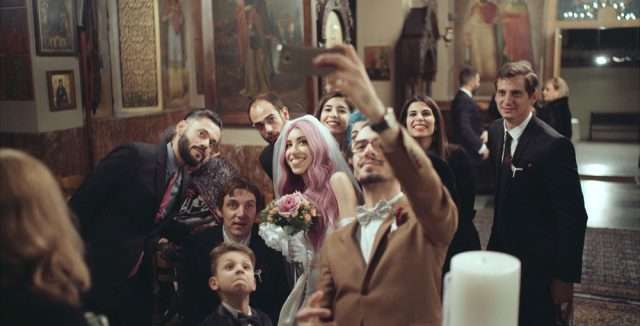 The bride, a fashion designer who prefers to dress casually, wanted to feel like herself when she got married. “There were two outfits, one for the wedding one for the party, totally different from each other but as equally impressive. Both of them were based on my own designs and inspiration and fabricated by materials I personally chose.  I worked together with a magnificent atelier which specialises in tailor made clothes who made my bridal vision come true.” 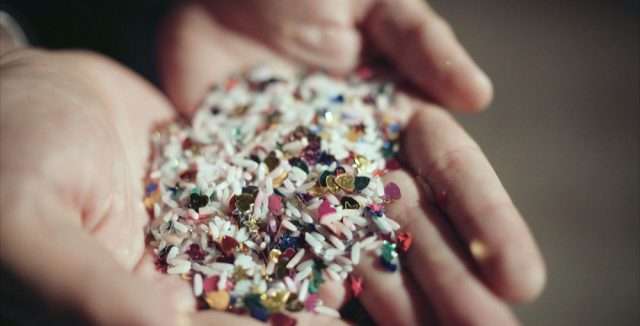 “I had a casual look for both occasions. For the ceremony I wore an oversized white shirt with custom embroidery on the back, fluffy slides and shiny hot pink tights. I wore these with a jumpsuit with a removable long tail/skirt covered in mermaid sequins on the inside, that opened on the front. The tail skirt was attached to my waist with a wide, pink iridescent belt which was forming into a big bow on the back of the dress.” 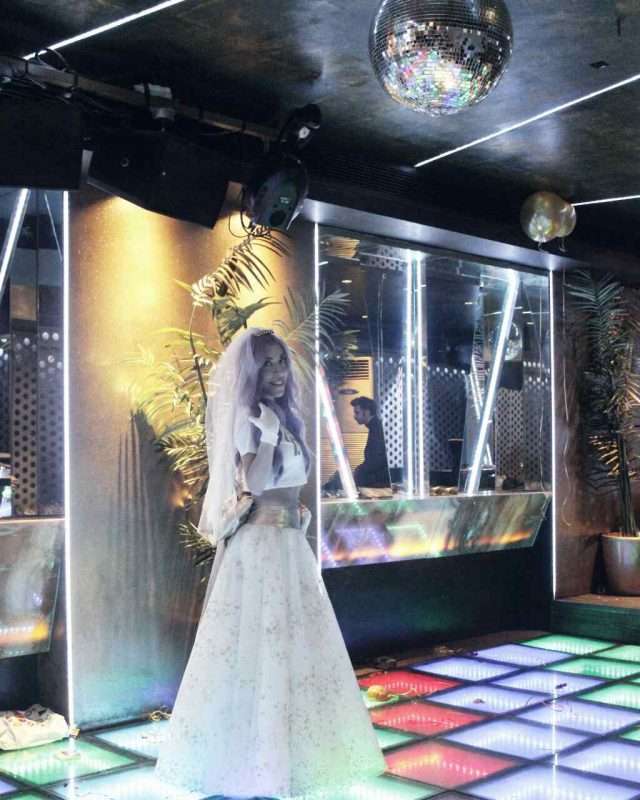 “As for the party we created an urban Cinderella bridal look. We made a long tulle full skirt with gold hologram glitter details and a wide gold satin belt with a bow on the back. I matched it with a custom made BRIDE crop top in glitter writing. I finished my look with short ivory satin gloves and a short veil. Besides the statement skirt, a stand out piece of the outfit were my gold hologram light up sneakers from YRU!” 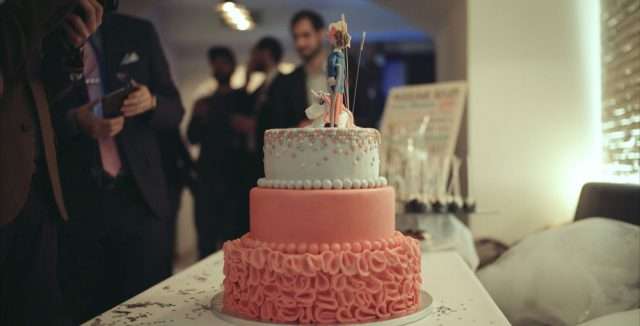 One particularly memorable things about their wedding day was that the groom had a broken leg! “We wanted to bring together things we love, focusing on the bride, despite the groom tried its hardest to steal the thunder with a broken leg!” she laughed. “We drew our inspiration from the world of fantasy and a bit of basketball and of course Christmas and New Year. The final funny touches had to do with the grooms accident.” 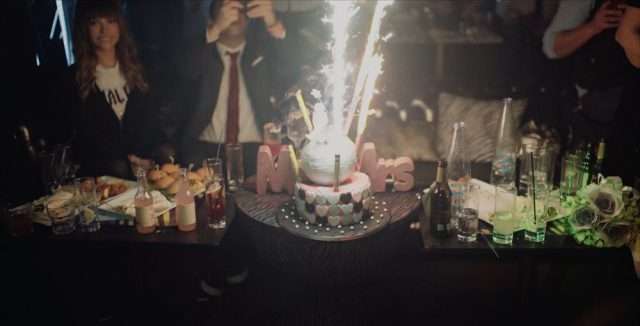 “We made everything ourselves, from the decoration to the invitations and from our accessories to the guests giveaways, focusing on anything iridescent, glittery, shimmery, that refers to magical.”

“Besides the awesome party, our favourite part of the wedding was the Christmas dinner after the ceremony!” she said. “It has always been our favourite holiday and from now on we have two reasons to celebrate. So, from now on, our Christmas motto will be ‘Merry Anniversary’!” 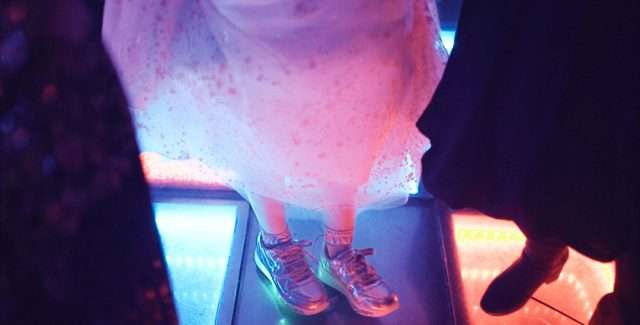 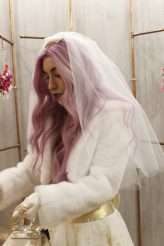 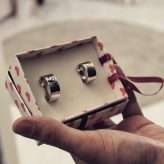 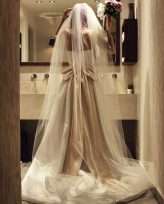 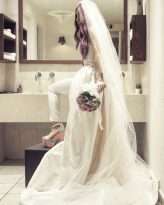 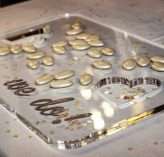 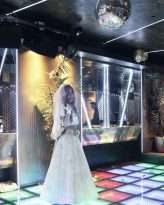 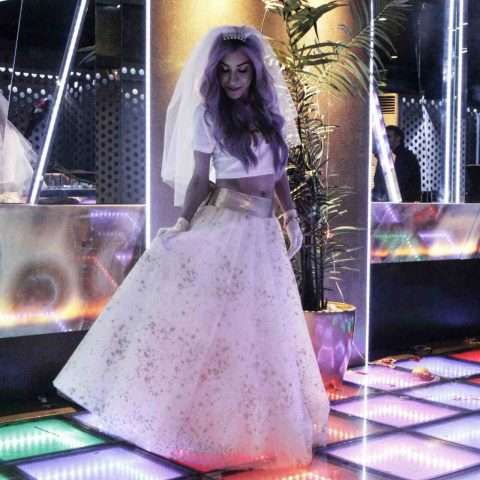 I really feel like a lot of you are going to love Jodie and Lee's rainbow with a hint of kawaii wedding - for starters they transformed a village hall into the inside of a disco ball!