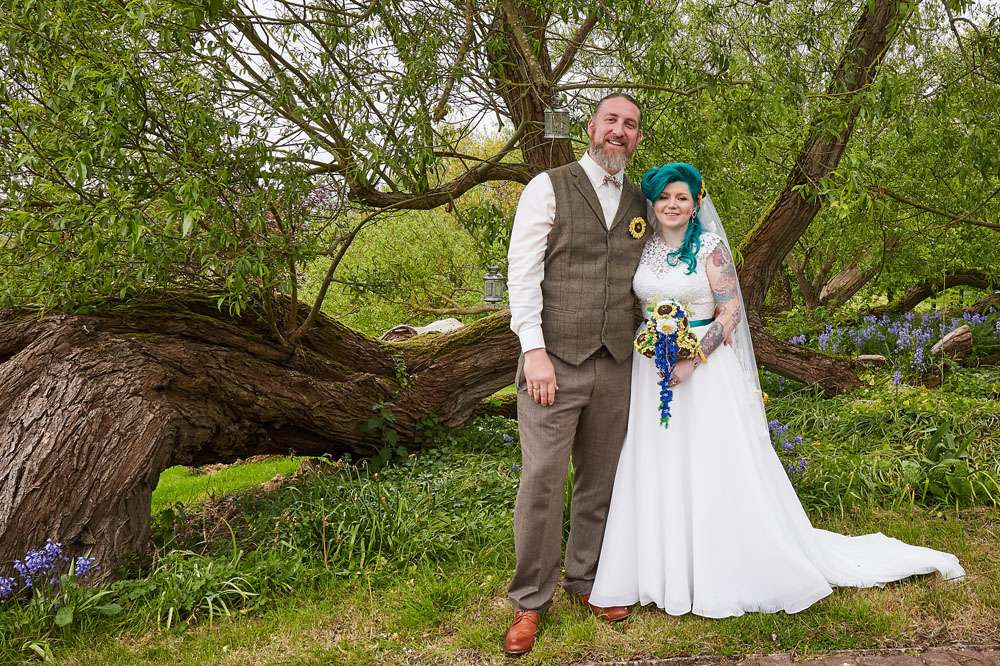 Emma and Rayner’s wedding theme started out as ‘vintage sunflowers and hot air balloons’, which quickly expanded to include rainbows too. The whole wedding was DIY and was full of activities for their guests and little nods to all the different things they both love.

“We both love vintage styling,” began Emma, “and I particularly love vintage clothes and shoes. We both collect antique curios and oddities. The hot air balloon aspect is in reference to our late son, seeing them as a link to the skies. The rainbows developed naturally through the multi-colour of the air balloons and also linked into our rainbow baby, Eric. Almost every guest commented on the uniqueness of having it all DIY and what a showing of our personalities it was. We wanted to incorporate different aspects of our personalities everywhere so we had little glints of different things throughout the day. For instance, we are both really into history so the table names were historical characters.” 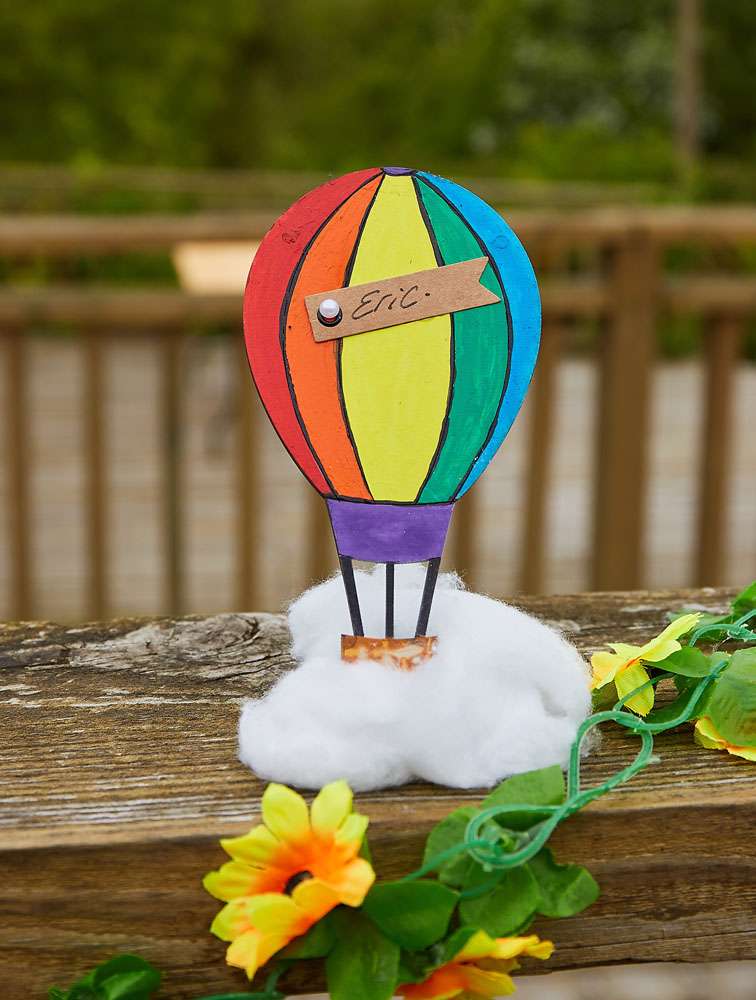 Their vast range of activities included outdoor games, leaving messages for the bride and groom, and an I Spy game with prizes. “The wedding was mainly outdoors and we had a range of outdoor games like quoits, basketball and giant connect four. We had two tables with activities on, including a thumbprint guestbook made to look like balloons floating a hot air basket, a teapot with notelets for people to write us messages for us to read on our first anniversary and advice cards with spaces for a little doodle of the writer. This proved to be hilarious when we read them back! We had ‘I Spy’ cards was a game with lists of things for people to photograph and prizes for the best entries.” 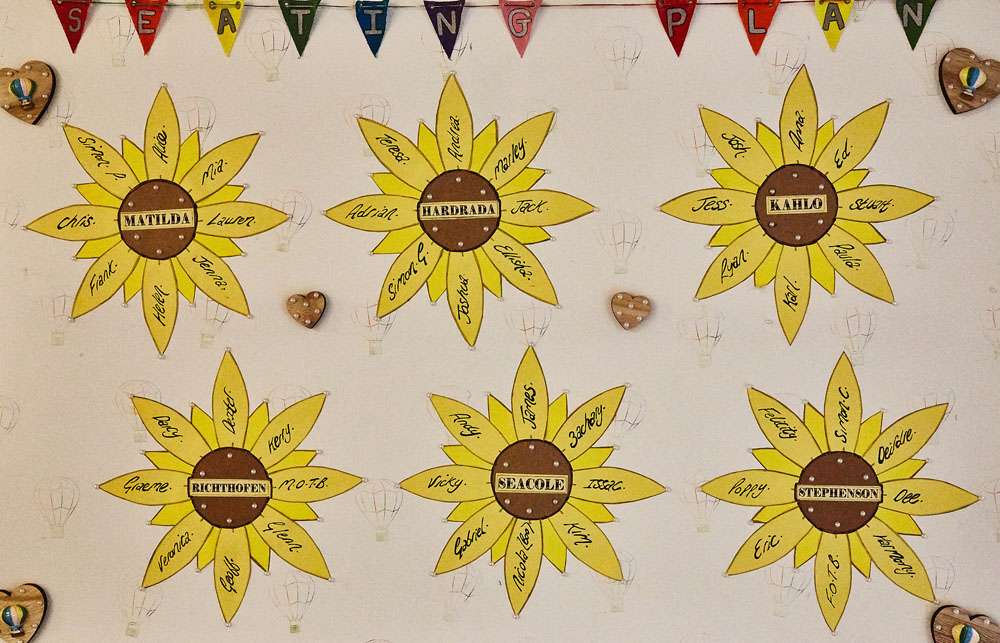 “At the reception we did a balloon release in honour of our late son and one got stuck in the tree! It actually made that sad moment a little easier to get through with how funny it was watching Rayner’s nephew and my cousin trying to get it down. Rayner’s son (aged twelve) was his as best man, alongside two accompanying best men, and he ripped Rayner to pieces in his speech! Other favourite parts of the day include seeing each other for the first time, our vows, dancing non stop to our favourite songs at the reception, the robot dance-off and the wedding dares, which were rolled up in a top hat. It was massively funny seeing people perform them and went down really really well with the guests. Also just having us two on our top table. Sitting on our own was our first bit of alone time since the ceremony and it was a lovely time to reflect and take it all in, which was magical.” 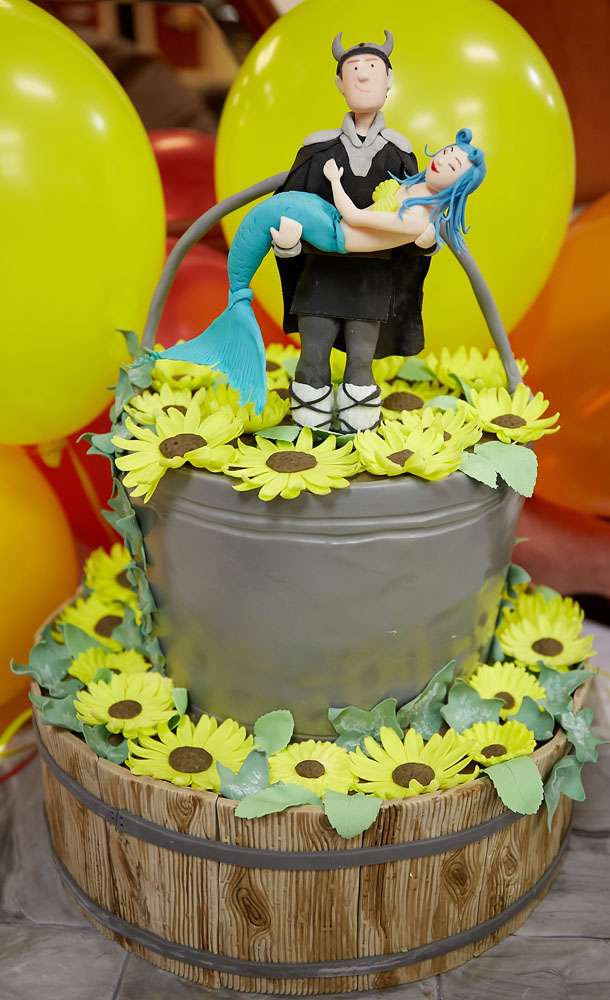 Almost everything at the wedding was DIY. “We are both creative people and wanted to express this. We made the favours for the women (mini canvases on easels embroidered with love quotes), all the signs (including the post boxes for cards and the road sign to show guests where the wedding was), the embroidered décor for the waiting area by the ceremony room, small scrolls with facts about the table names on for each guest, the stationery and some bunting. We made the guest book out of a scrapbook and our bride and groom name places were modified from things we found in charity shops. I made the sunflower in my hair out of felt, and our wedding rings were made by our friend, Helen, who is a silversmith. For the table decorations we used vintage milk bottles with a paper hot air balloon hanging from it and a handmade sign on top showing the names, with buttons and yellow stars as table scatterings.” 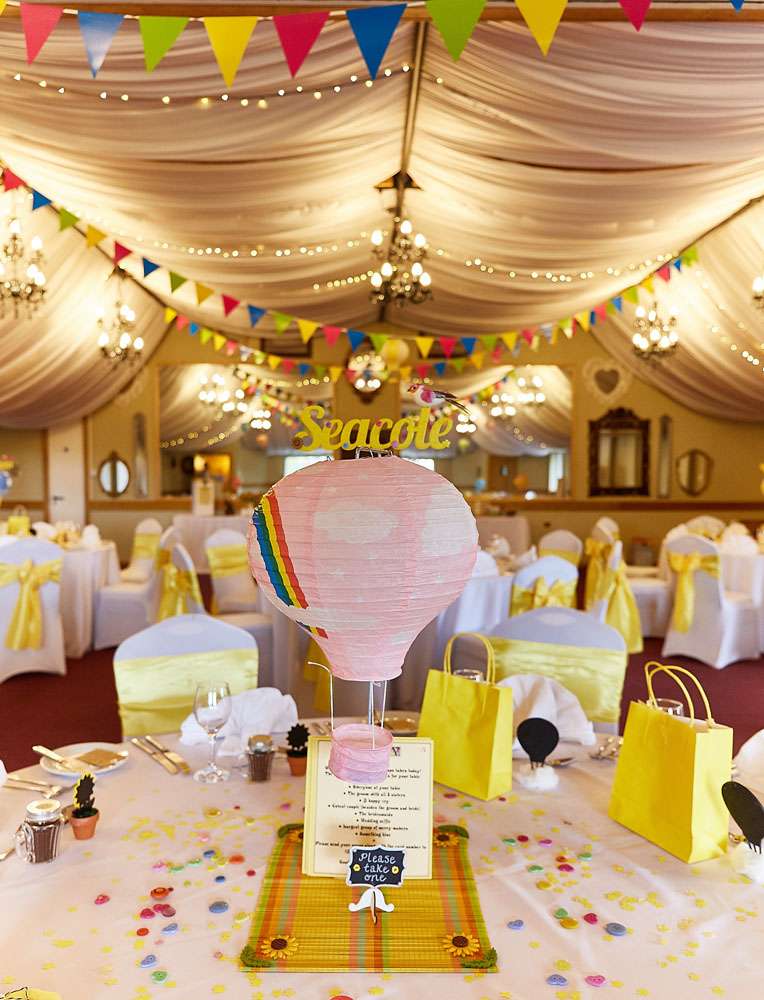 “I love planning the wedding and am super organised (most of the time) so I loved it”, the bride concluded. “However the lack of sleep through DIYing until the early hours wasn’t always fun!. We have three children between us, so it gave us a chance to focus on ourselves rather than them for a change. Our advice for future brides and grooms is don’t sweat the small stuff, some people aren’t always as supportive as you think they will be and people have their opinions that are ultimately invalid as it’s your day. Be prepared for hidden costs to pop up that you didn’t budget for and don’t be scared to get creative and show your unique personalities through your wedding.” 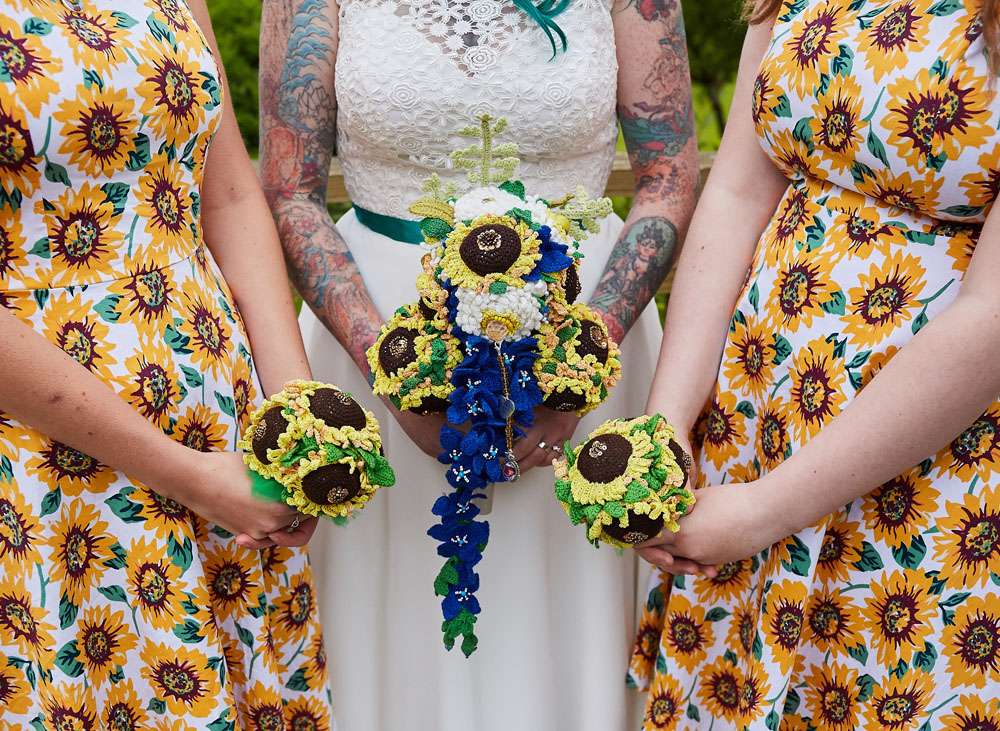 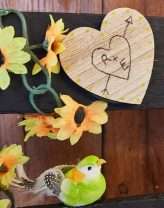 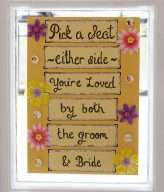 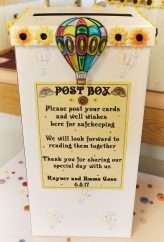 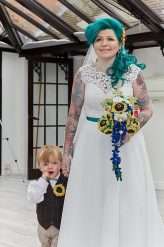 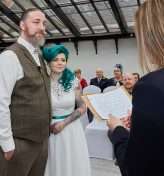 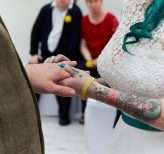 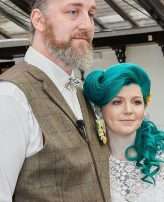 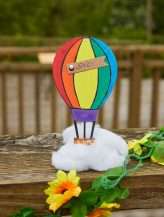 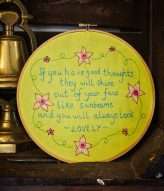 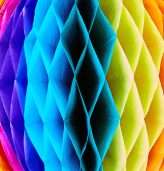 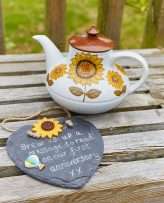 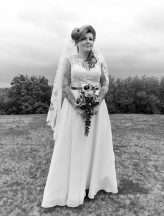 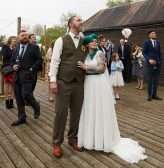 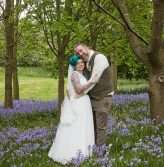 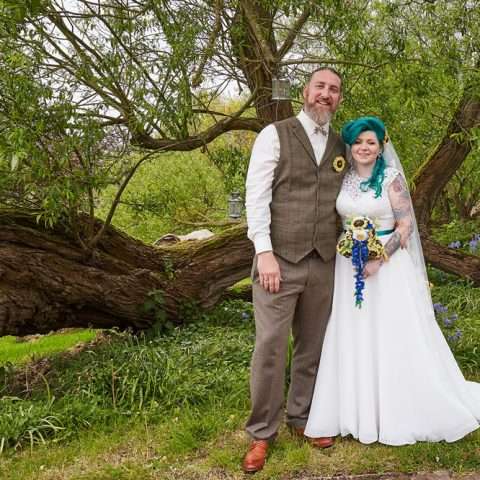 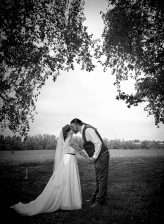 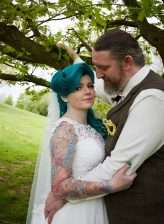 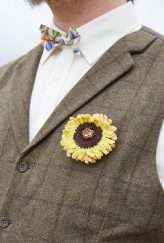 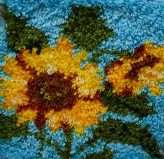 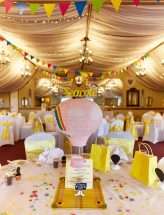 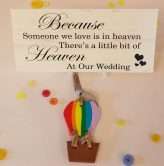 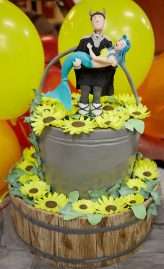 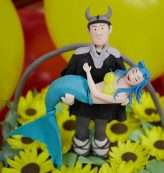 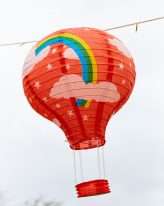