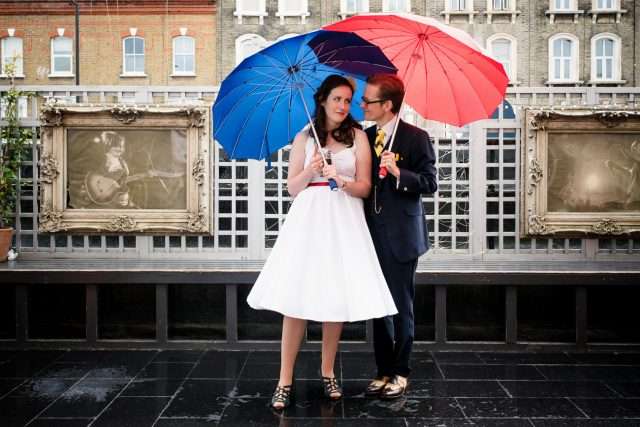 When the bride has a life long obsession with the Pennuts comic strip by Charles M. Schulz, there was only one wedding theme Amy and Alexander considered! They handmade almost all the decor and had a lot of fun coming up with creative ways to incorporate their favourite characters.

“The uniqueness of our wedding came from combining tradition with outrageous artistic licence in the shape of our unusual (yet ubiquitous!) theme”, said the bride. “You don’t get too many weddings where the bride puts on her Snoopy apron and conducts a pub quiz during the intermission either!” 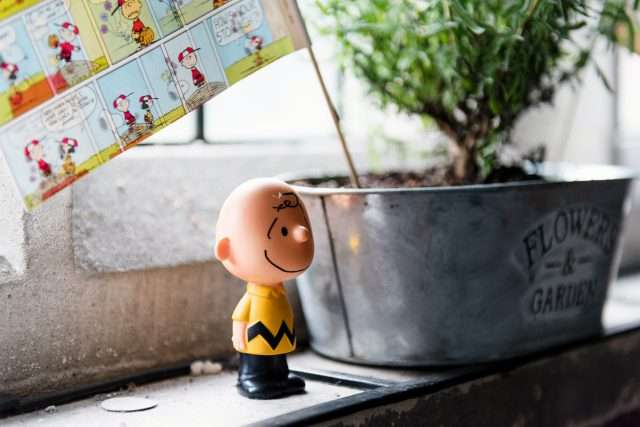 “Our decorations were handmade mostly using cartoons from our favourite Peanuts strips, with bunting templates from ASDA and lanterns from Talking Tables. We were keen to avoid excessively flamboyant floral displays and I wanted a minimal look rather than engaging a florist. There was a lot of running around at the last minute, but potting some lavender (thank you mother-in-law!) and sticking with gypsophila for my bouquet gave some colour without overshadowing the other decorations.” 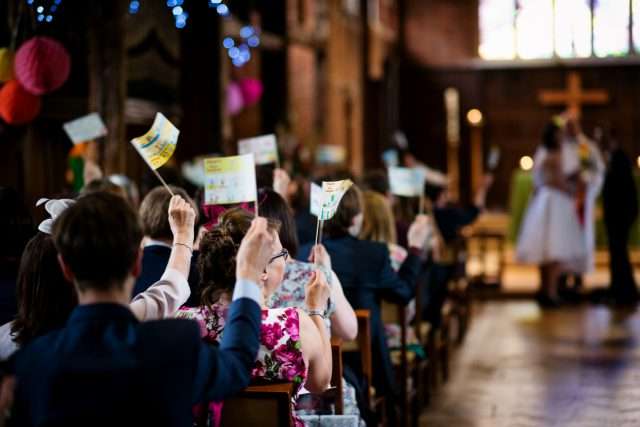 The ceremony was held at The Barn Church in Kew. “We made flags with Peanuts strips on them so that people could wave them down the aisle at us, which worked really well”, Amy continued. “One special memory is of everyone cheering and waving the flags like mad when the Vicar announced we were now married. Our friend’s reading from Schulz’s Love is Walking Hand in Hand definitely brought a little tear to the eye too.” 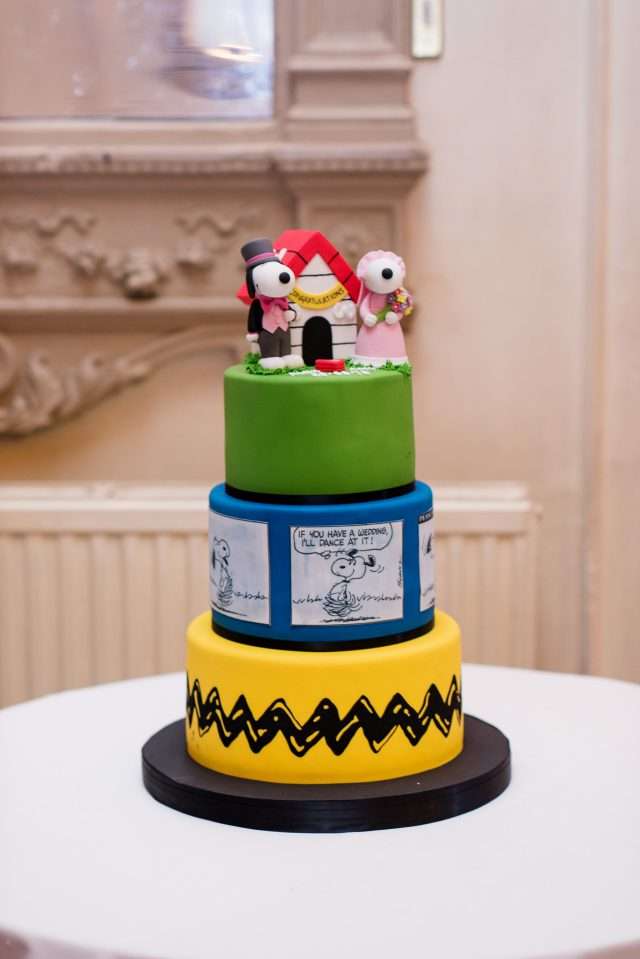 “Our advice for other couples would be to not feel too scared of delegating tasks to your guests. There will always be plenty who offer assistance and are only too happy to help. If you don’t want an off-the-peg wedding and want to put your own mark on it, that’s great, and that’s what we wanted to do. But be warned, you’ll have to be prepared to spend time and energy conveying your ideas to others in order to make them happen.”

“By getting married, you may be doing exactly what millions of other people have already done and will continue to do in future, but that’s no reason for your day to be exactly the same as theirs.” 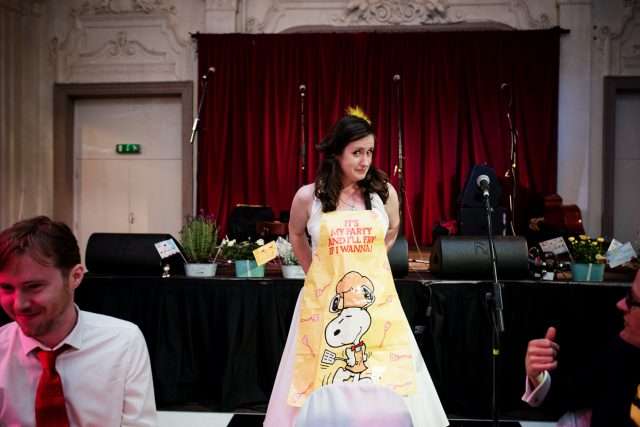 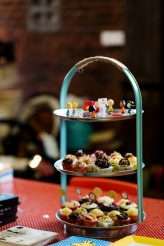 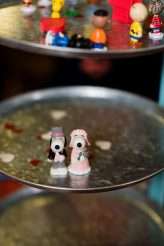 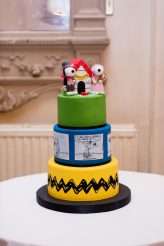 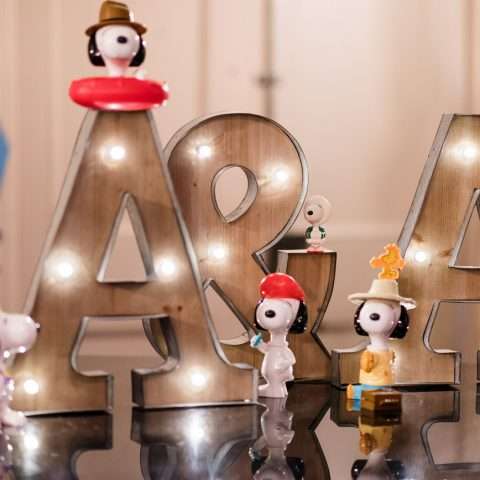 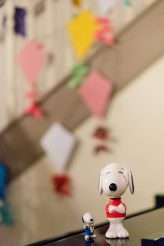