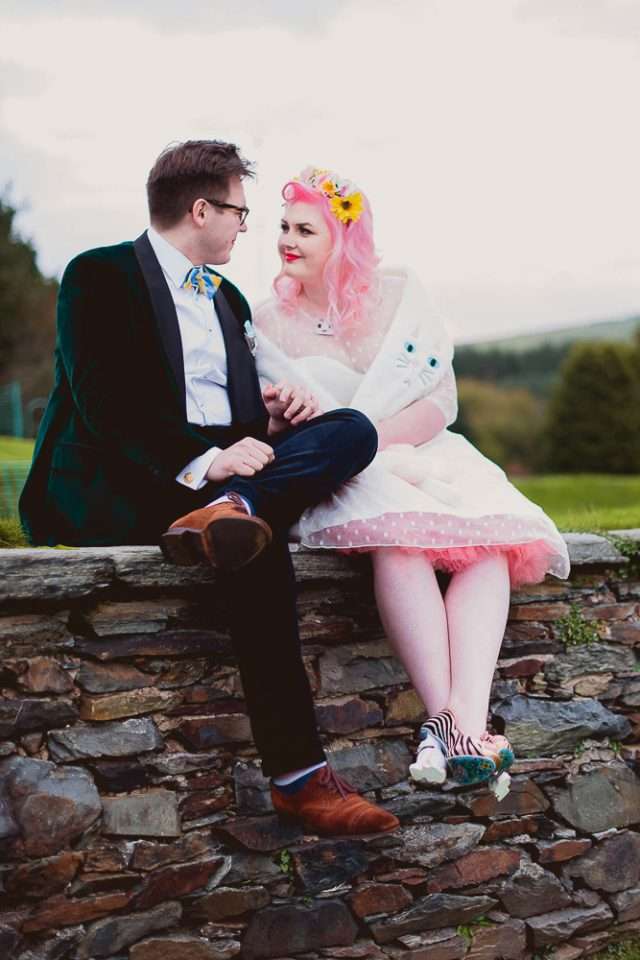 Ruby and Lukasz hosted their cat themed wedding party in October but they were actually legally married a year earlier. “We were broke, we’d just moved countries to the Isle of Man and we just wanted to get married so we eloped and got pizza afterwards!” Ruby explained. “This time we wanted a big party to share with our loved ones. Our budget for the party was £5000 which was pretty spendy for us, but I think it meant we were able to spend more on the things that really made it special like the photographer, the venue and the food.”

Although they were already legally married, they decided to have another ceremony that their friends and family could be a part of. “We thought about just having a big party but we decided we wanted to do the ceremony again too”, she explained. “The first time went so fast and felt so impersonal so we looked online for non-religious ceremonies on the Isle of Man. The IOM Freethinkers are a humanist society which embodies our own beliefs about life and spirituality so it was a perfect fit.” 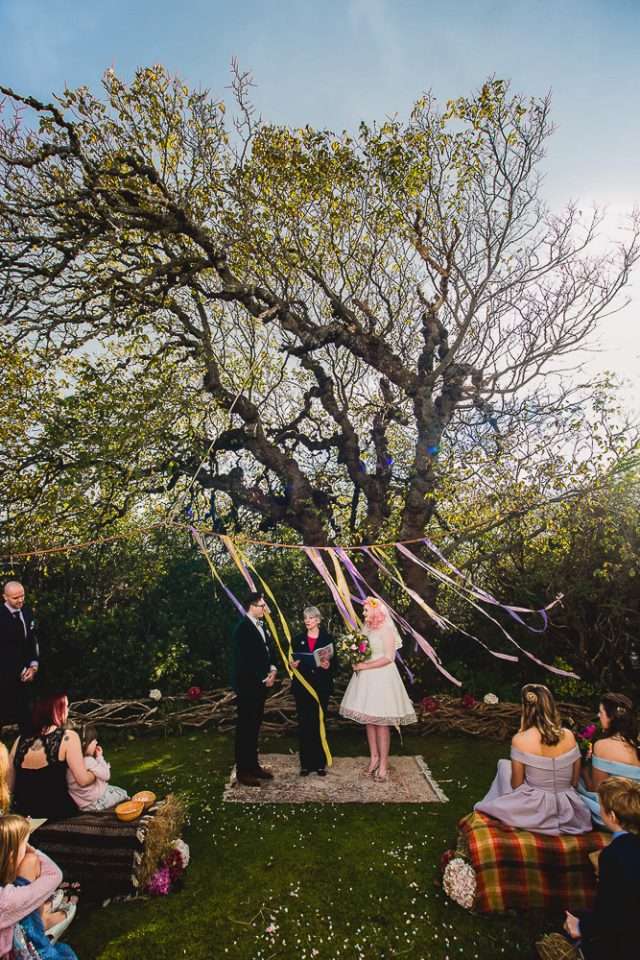 The bride’s dress was from Lindybop and her bridesmaids wore dresses from Chi Chi London. Her headband and veil was custom made for her by Crown and Glory. Both she and her maids wore custom made cat necklaces from Love from Hetty and Dave! The cake was made by friends, the paper flowers were DIY and they also did most of the decor, including the cat bunting, themselves too. 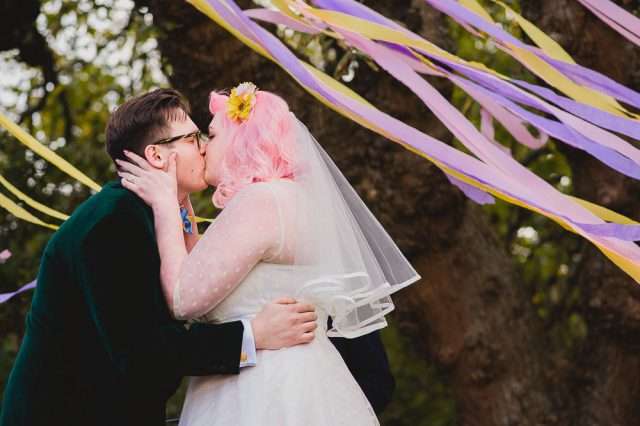 “Our theme was cats, cats, and more cats!” Ruby laughed. “We love cats and love people who love cats (and those who don’t also of course, but who on earth doesn’t love cats?!) The funny thing was we weren’t going to have a theme at first, we just wanted nice bright colours and lots of home made stuff. Ashra, my maid of honour, had made our save the dates which included a really sweet illustration of the two of us and on the illustration I was wearing a flower headband with cats poking out. After we sent them out, Lukasz’s mother called saying ‘Are you having a cat themed wedding? That’s crazy! You can’t!’ so we said well we weren’t going to but now you’ve mentioned it we HAVE to! We got our fur babies Donkey and Donut, Scottish Fold kittens, in July and we knew that from then on it had to be cat everything!” 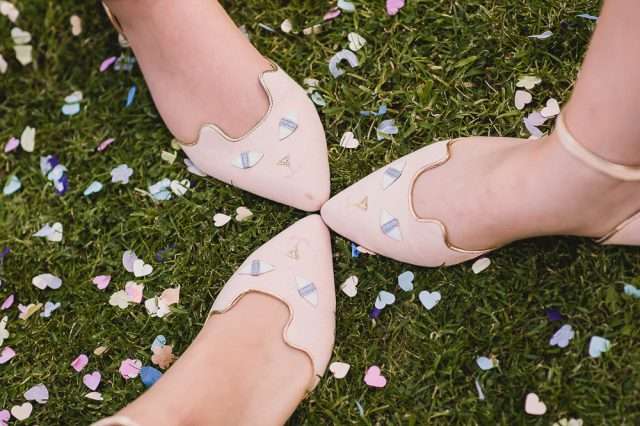 “I wore cat shoes, cat earrings, a cat fur scarf once it got colder, and a custom flower headband made by the amazing Sophie from Crown and Glory who saw my vision and glued little enamel cats peeking through the flowers. We also had Zoe from Love from Hetty and Dave design necklaces and a matching handbag for myself and my bridesmaids and brooches for Lukasz, his best man and my bridesman instead of buttonholes. They were one of my favourite touches! I have a huge brooch and enamel pin collection and asked my brothers to hand out cat pins for the guests to wear for the day too!” 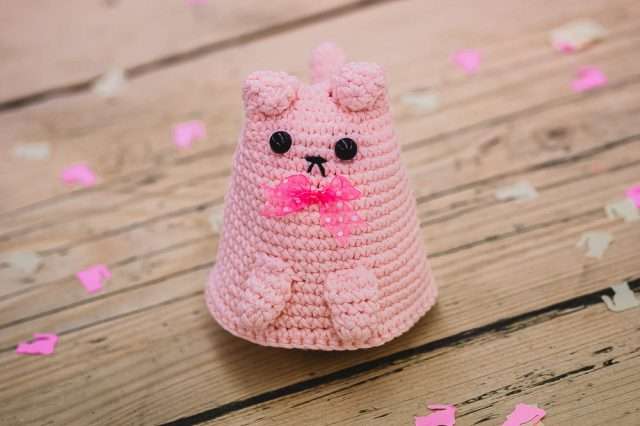 “The whole day was unique”, she continued, “from having our garden set up as the venue for our ceremony, going to my favourite glen, Silverdale, in a double decker bus to have pictures taken on the Victorian water powered carousel there (which ground to a halt when we all clambered on!), and the candy floss machine at the reception. Also all of the handmade things felt really special as we appreciated the love and hard work that went into them, and I think supporting small and local businesses is really important so we did that as much as we could.” 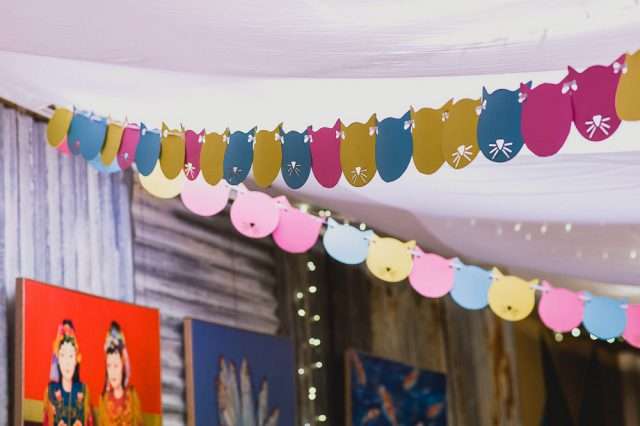 Their second ceremony actually ended up being the bride’s favourite part of the day. “Personally it was one of my favourite parts of the whole day and I am so so glad we decided to go ahead with a ceremony. It was in the front garden of my mum’s house so it cut out any stress of having to get somewhere on time, we got ready in my bedroom and stepped out of the front door when it was time. It also meant we could have our cats there with us. I originally had hoped to walk them down the aisle and had been practising with them with leads but they were a little stressed out with all the people around so we decided it was best to leave them inside. It was so fab to have them scampering around when we were getting ready though! I left all of the setting up of the garden to Lukasz and my family so it was the best feeling to step outside and see it made up so beautifully and colourfully with hay bales, streamers and cat pom pom bunting tied to shovels!” 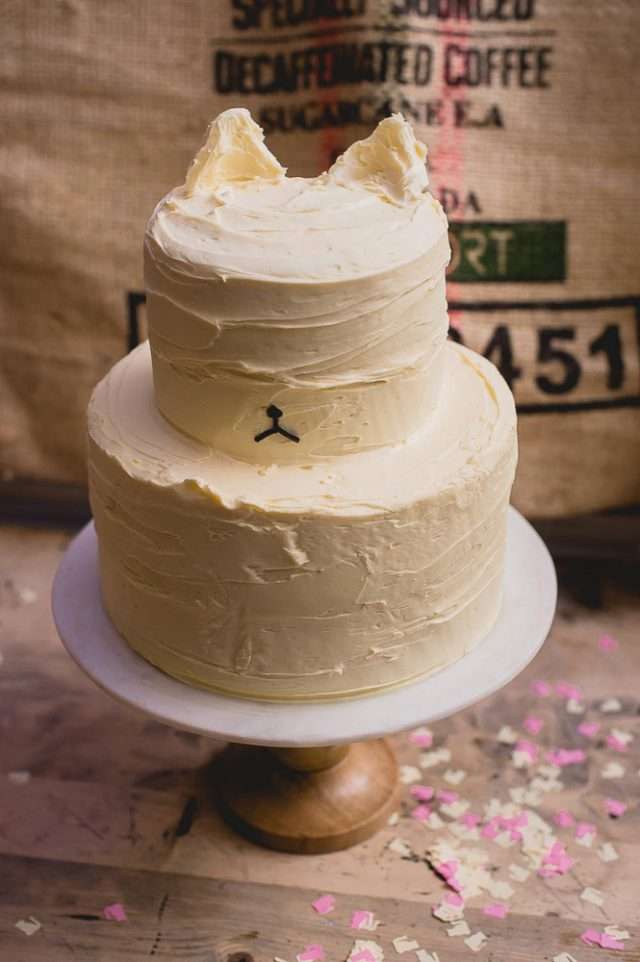 Despite their limited budget, the couple decided to splash out on a really great photographer. “The biggest was the photographer”, she said. “It was really important to us that we had some amazing photos to look back on, especially as our first wedding was so rushed, we didn’t have any photos we liked from then. We have lots of keen photographer friends and family but you can’t depend on them to get the right shot. You need to leave it to a professional and as I already said, Matt went above and beyond and was worth every penny!” 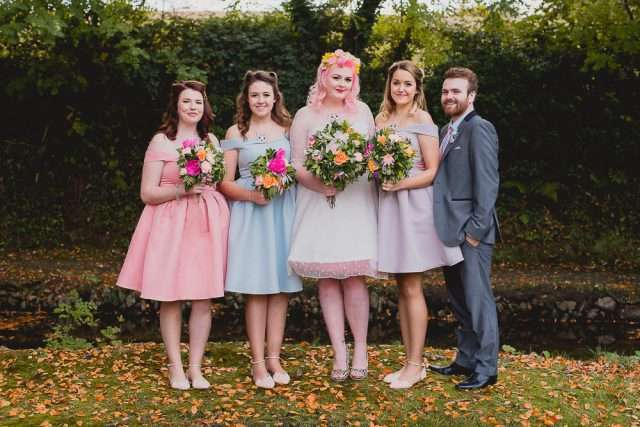 “We saved a lot on the flowers as Ashra made them all for less than £50! The biggest saving had to be the wedding dress though, which cost me £16! When I started looking for a dress I imagined spending a few hundred pounds as I wanted something that would be special but I kept coming back to the Lindy Bop dress I’d seen right at the beginning of my search. It was £40 and it didn’t seem right spending so little but my second favourite dress I’d seen was £900 so when it went into the sale at £16 I thought I would just buy it as I had nothing to lose. It arrived and I adored it. I wore three petticoats underneath to get a nice poof and it looked just like I’d always imagined!” 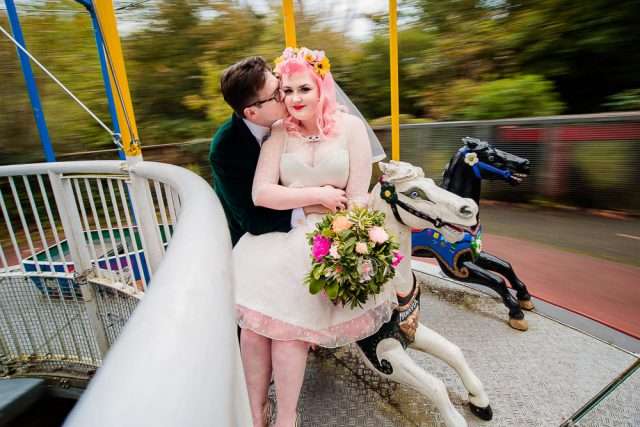 “Wedding planning was all so exciting”, she concluded. “I think all of the help and advice from loved ones was given with so much love, everyone was just really excited and it was all so positive. I can’t believe how little I felt stressed, I had such a great support system, especially in Ashra, that it felt almost easy! (I said ALMOST!)”

“The only thing I think we would have done differently would have been nice to have someone there on the day to make sure everything ran smoothly. There are a few things I forgot about as I was too busy thinking about where we were going next and what time it was! That’s the only thing though!” 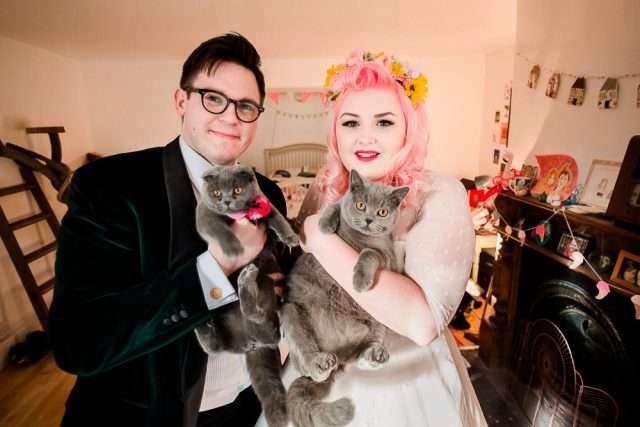 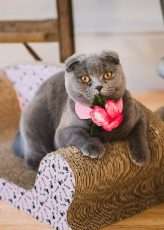 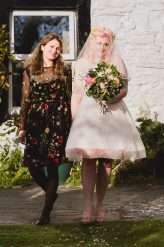 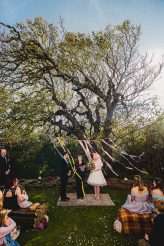 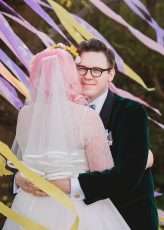 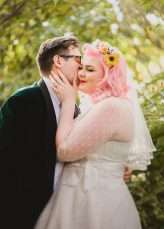 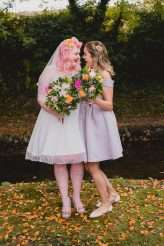 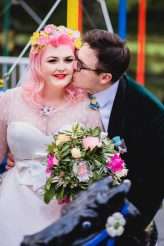 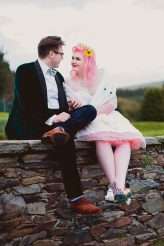 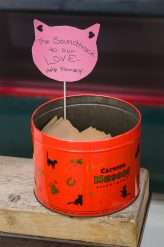 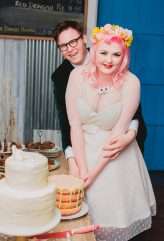 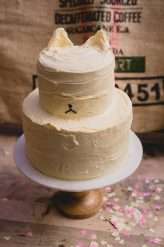