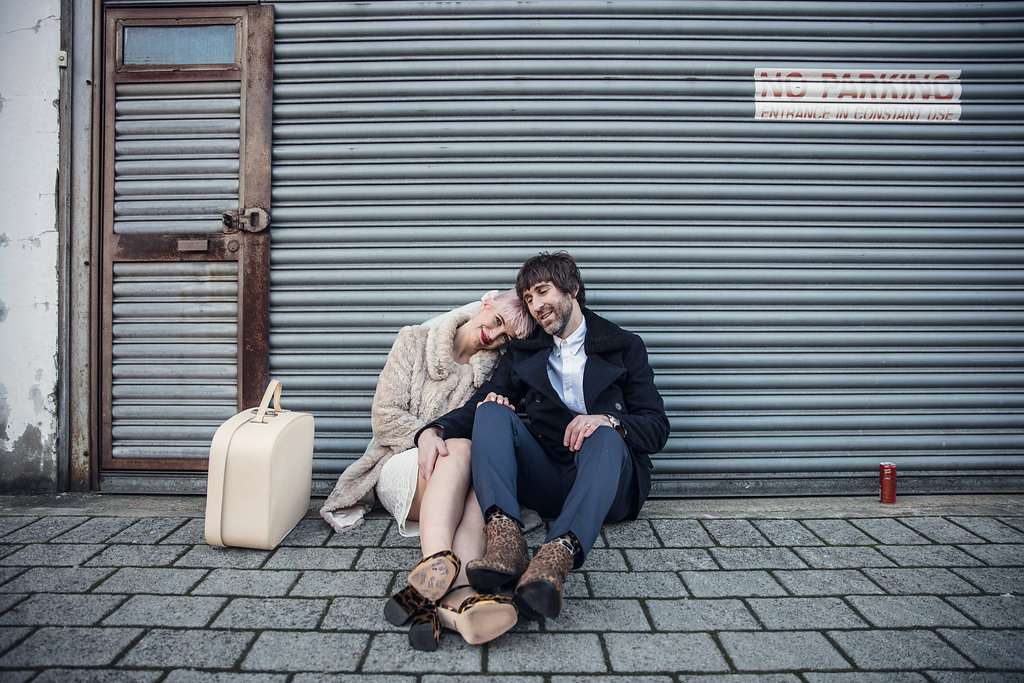 The theme for Katie and Jimmy’s informal winter wedding was a mixture of a 1960s working man’s club with a 1920s speakeasy. They were married at Hackney Town Hall and hosted their reception at Earl Haig Hall, an old British Legion social club in Crouch End.

“We did it our way”, began the bride. “We met in the pub beforehand, we didn’t walk down the aisle and we had no music or readings at the ceremony. The ceremony was just for immediate family and close friends. There were just 20 of us there. At the reception there was no sit down dinner or table plan, we also had no posh cars and no bouquets. It was just informal and fun.” 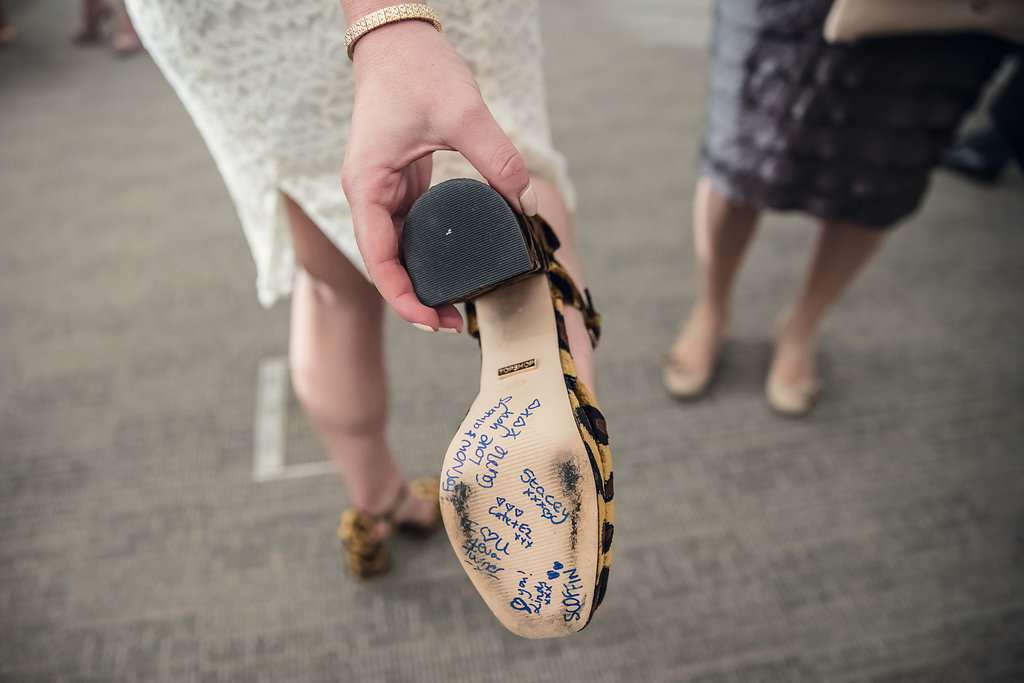 The bride’s dress came from eBay and cost her £25! “It was purchased on a whim two weeks after getting engaged”, she said. “Wedding dress shopping wasn’t for me. I’m not very confident so found the whole process very stressful and I didn’t feel great in anything I tried. But I loved my eBay dress and was so pleased with it. I made my veil myself with materials that cost less than a fiver. I also bought some amazing leopard print shoes from Topshop.” 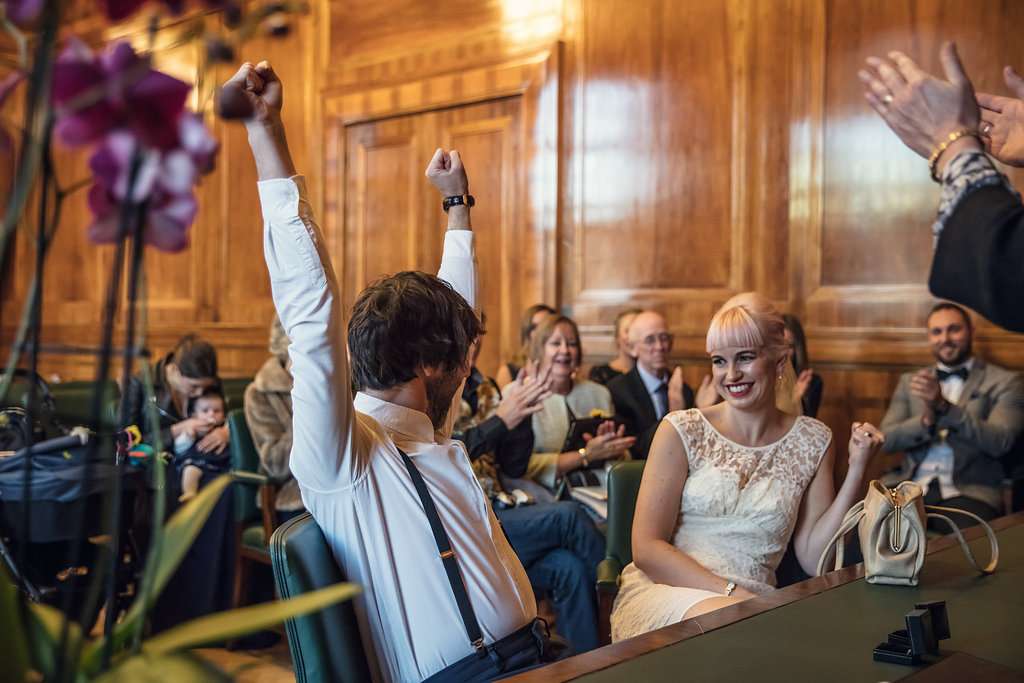 For flowers, they went to the supermarket and put them in tonic bottles on the tables. “We spent just £25 on Fairtrade roses from Morrisons. I arranged them in Britivic tonic bottles that I had been collecting since we got engaged. Other decorations included some amazing banners from Oh Squirrel that had lyrics of some of our fave songs on them. We also bought about 10 glitter curtains, borrowed some bunting and used some velour material for the tables which I bought from a local market.” 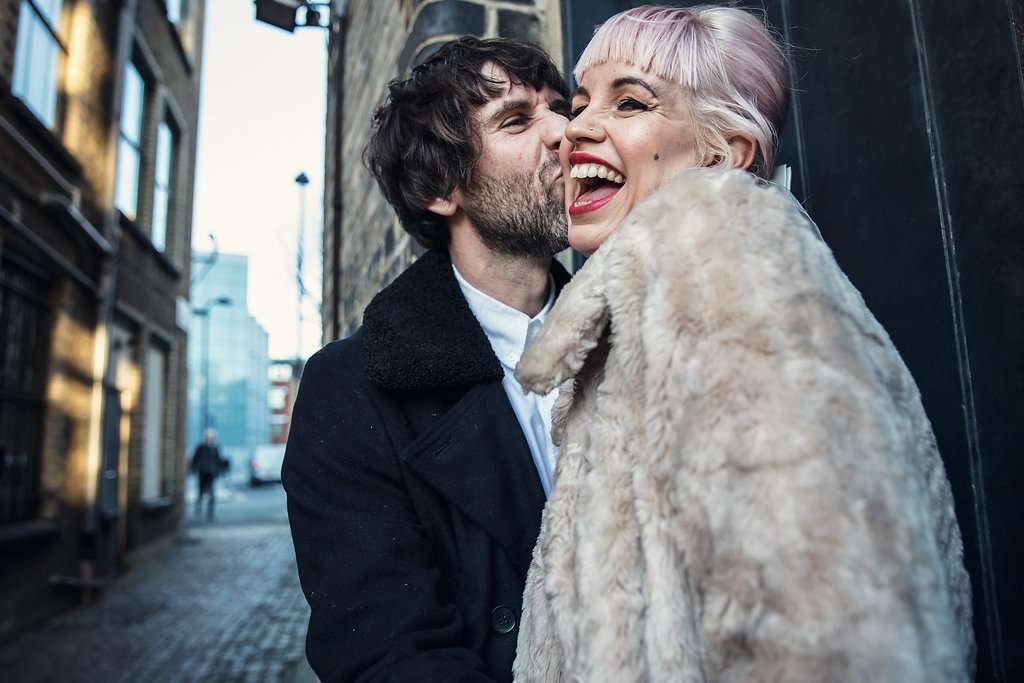 “The best bit of the wedding was the the party”, she continued. “Drunken dancing with my friends at the end is when I finally let myself relax. I also loved the speeches, my Dad’s was epic, it was an ode to an ex-boyfriend and don’t think I have ever laughed so much.” 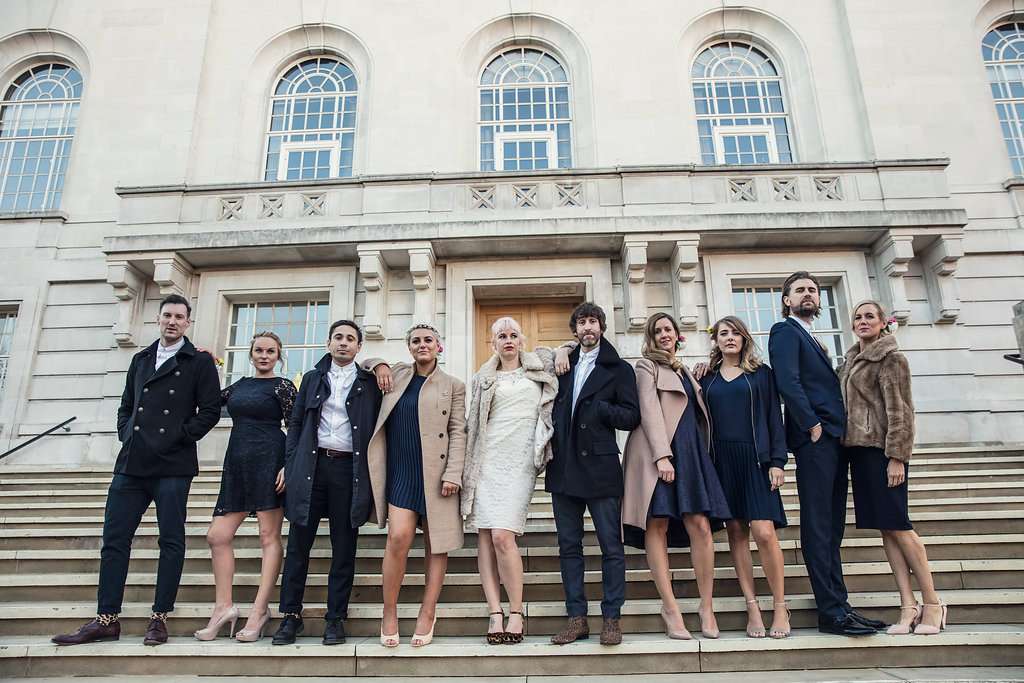 The couple’s biggest cost was their photographer. “Sassy, our photographer, was worth every penny. I can’t believe I was considering not having a photographer on the day, Sassy was so incredible. She was like photographer/ counsellor/ confident/ best friend all rolled in to one.” 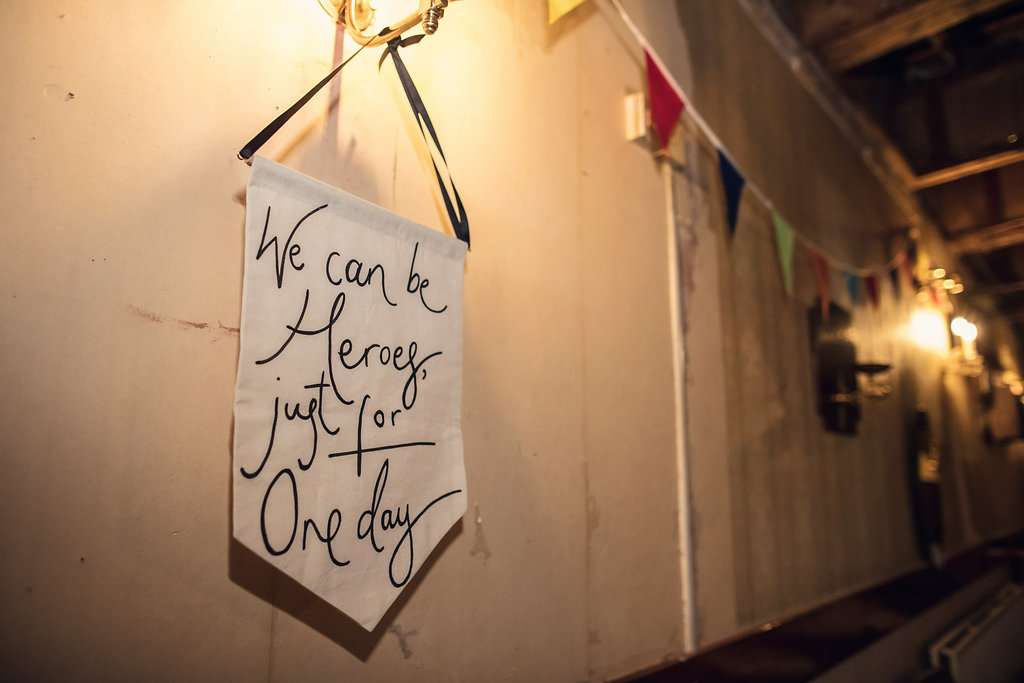 “My advice to other brides would be to talk to someone if you are feeling anxious. I initially didn’t talk to anyone about it because everyone was so excited and happy for me I didn’t want to let them down. I didn’t want to talk to Jim because I was worried he would think I didn’t want to marry him which wasn’t true. I eventually told my best friend Laura and it felt such a relief to say it out loud, she was super understanding and a huge support.” 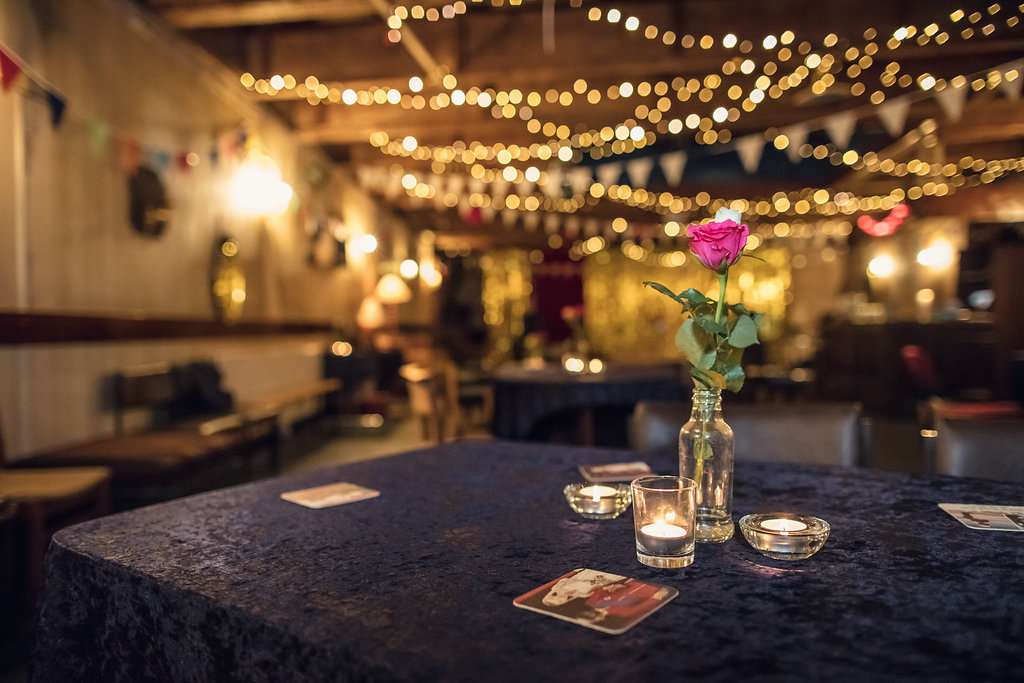 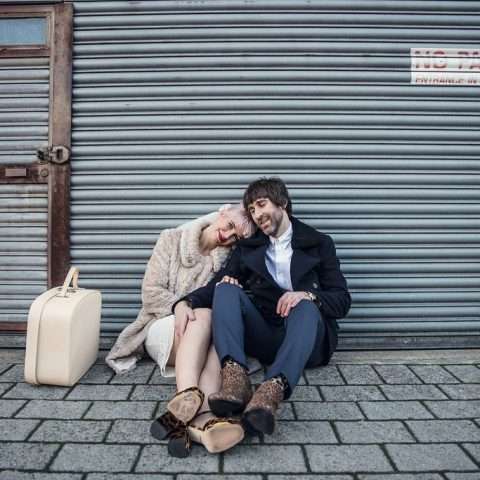 Kia and Daniel's July wedding took place at Dalston Roof Park in London, a quirky and cool events space in Hackney, overlooking the city's skyscrapers. The day didn't really have a theme other than having fun!

Emma and Chavez were married in London at Islington Town Hall. Afterwards they had a low key reception at The Jugged Hare pub. In between the two they did some fun portraits with their photographer the Barbican Centre and on the London Underground.