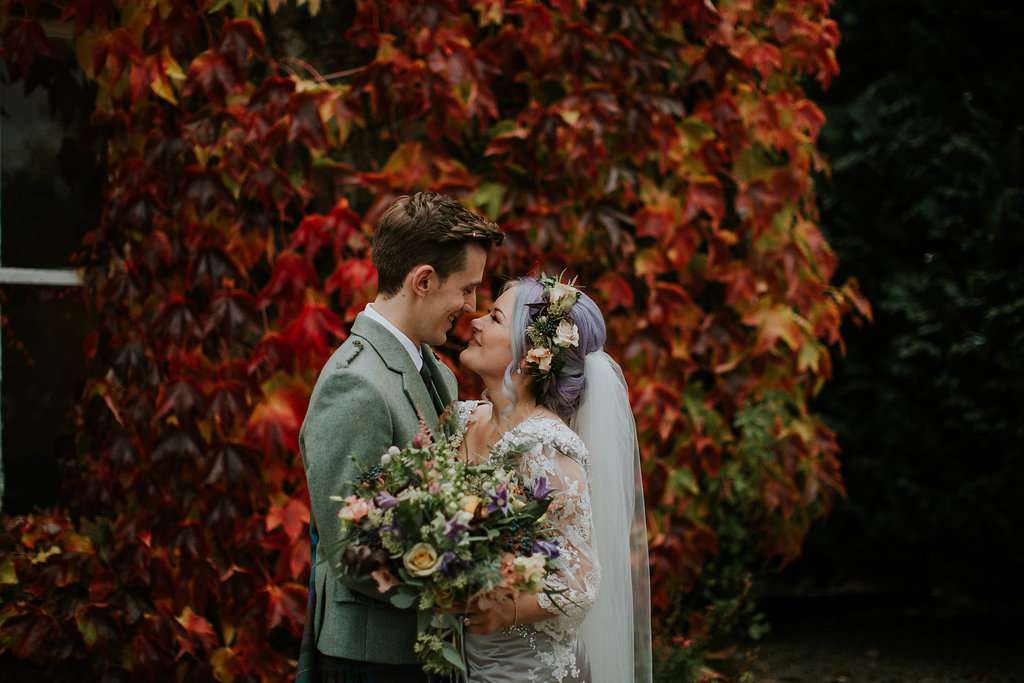 Eilidh and Peter had only one thing in mind for their October wedding: To have a damn good party! The day was held at Dalduff Farm in Aryshire, Scotland, and they were very much inspired by their Scottish heritage for their decor and theme.

“We wanted a wedding with plenty laughter, fun, food and frolics with our nearest and
dearest”, said the bride. “What ended up on show was a Scottish barn wedding filled with meaningful vows, beautifully smelling flora and fauna foliage, lanterns and a musical rumpus with our ceilidh band at night. One guest said they felt like they were in a whiskey advert; I liked that.” 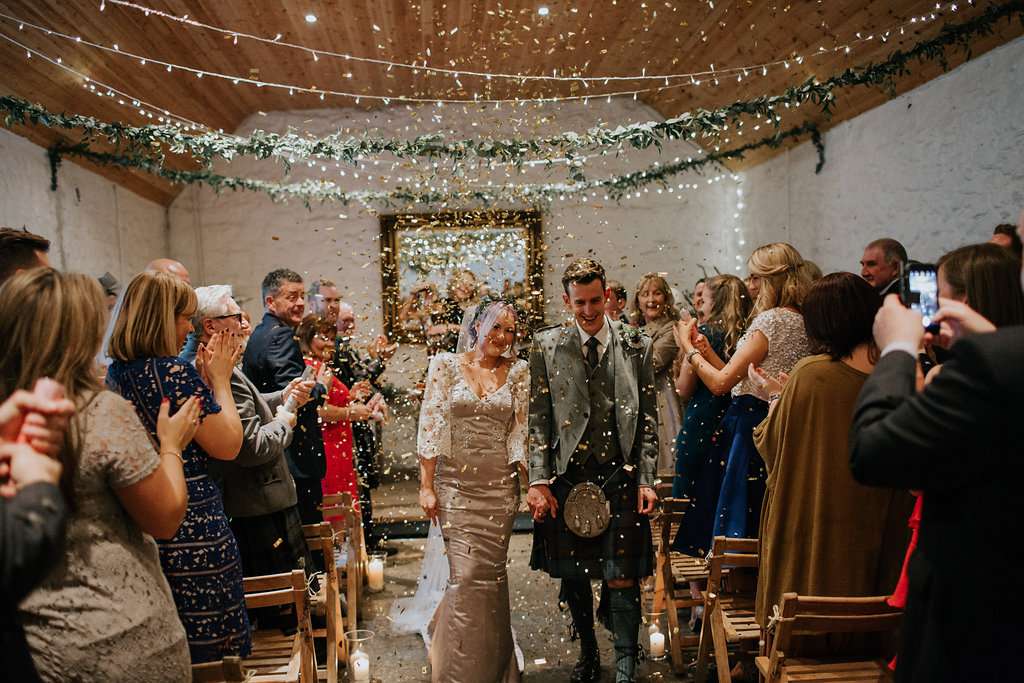 “I grew up in the Scottish Highlands on the coast, and Pete in the roving fields of Ballymena Northern Ireland. We both wanted a completely relaxed, countryside-chic vibe, with the flexibility to choose our own ideas. Dalduff Farm allowed this to happen.”

They put a lot of effort into all the little details. “The little details did count”, she continued. “Having the venue for three days, a close friend conducting the ceremony, hiring the farmhouse accommodation, thefirepit with marshmallows, our own bar, sparklers, wild  flowers, winter scented candles, candid photography, confetti cannons, Hog Roasts, wedding feasts, and a band that don’t ‘do’ weddings… that’s what made our wedding special.” 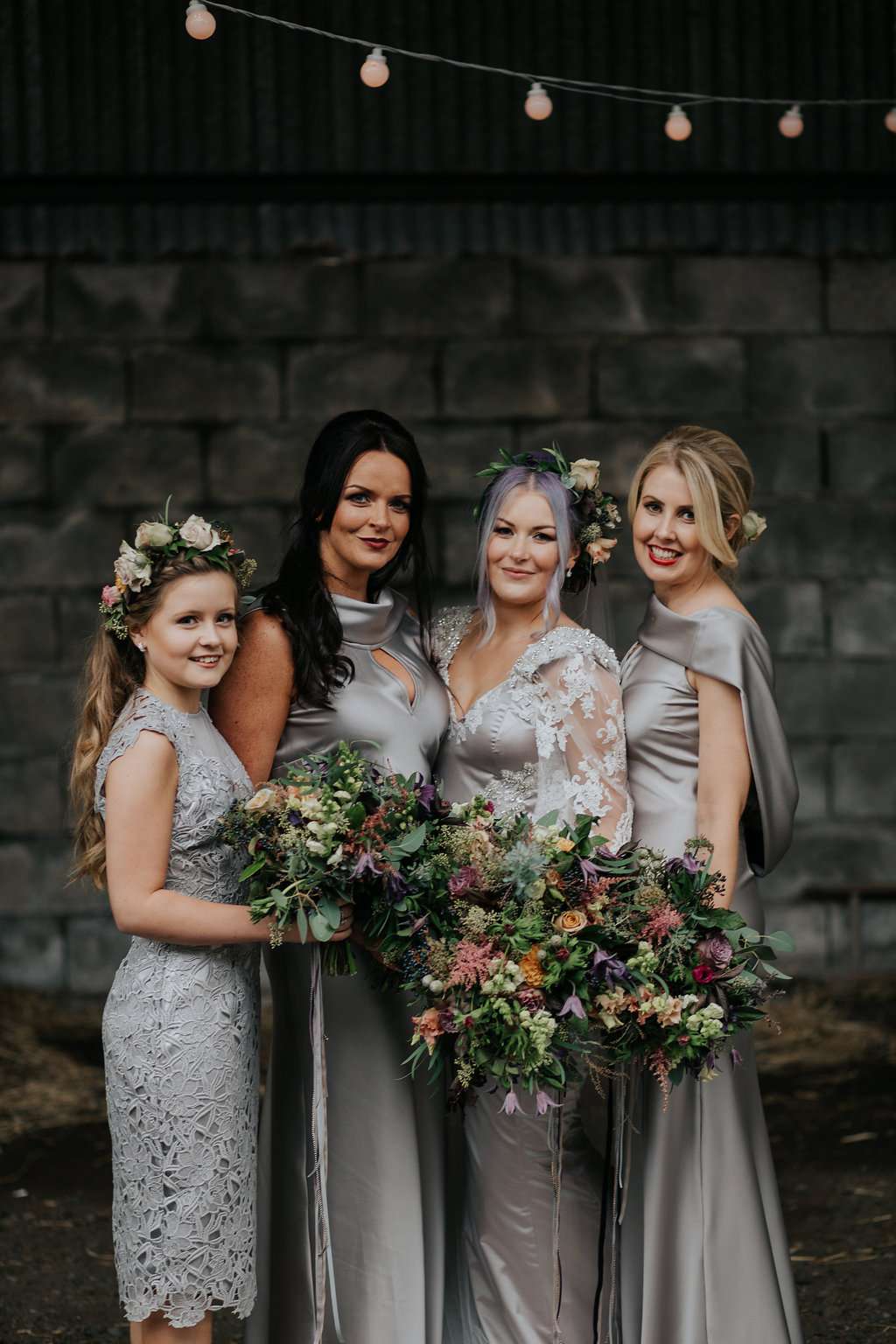 “The one thing you wish I’d know about planning a wedding before we began is that it’s very time consuming and you must either be very organised.. or be able to hire someone that is” she laughed. “It’s also important to budget and save much more than you intended to spend (!). Bridesmaids can be tricky – mine were family, and all lovely, but variable in size, shape, age. Dress shopping was utterly soul-destroying, hence getting mine made in the end, but even that didn’t come without a hitch. The dressmaker got very sick in the last few weeks before the wedding, leaving me having never tried on the ‘finished dress’! Leave plenty of time for fittings. Also, although barn weddings and alternative venues are becoming more popular, we did come up against some resistance initially. ‘What about the Church service?’, ‘A Tuesday wedding?!’ ‘Think about people’s shoes in the mud’, ‘You can’t have a buffet!’. These were all things we heard. The idea of a non-traditional, non-conformist wedding won’t appeal to every wedding guest. You need to be able to stand firm on your ideas and don’t let anyone trample on your spirit.” 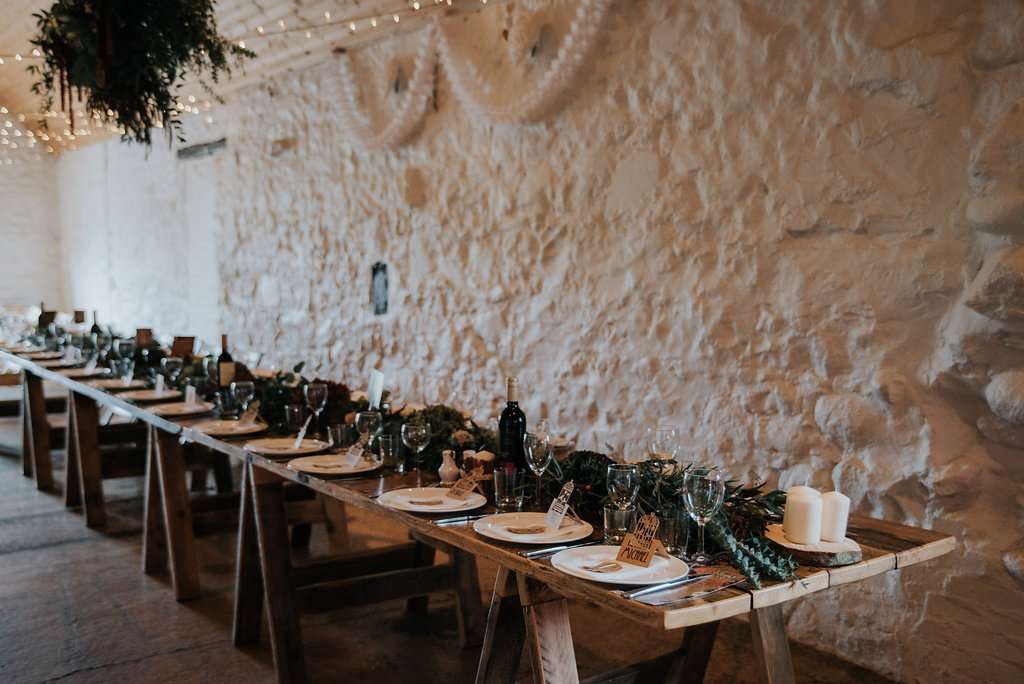 They opted for a humanist ceremony conducted by a friend. “Our ceremony was conducted by my lovely friend of 13 years, Kirsty”, she explained. “She did a stellar job of conveying our budding romance over the years, with personalised vows, and it made it all the more special that she knew this to be the truth. It was very emotional for us all. A string trio played me down the aisle to a song that reminds me of watching my dad play drums when I was younger and gigging with him as a family. My favourite part was seeing Pete at the top of the aisle, and honestly feeling that we were the only two in the room – everything and everyone else tuned out at that moment. He looked so happy, and I was definitely the happiest I’d ever been in my life.” 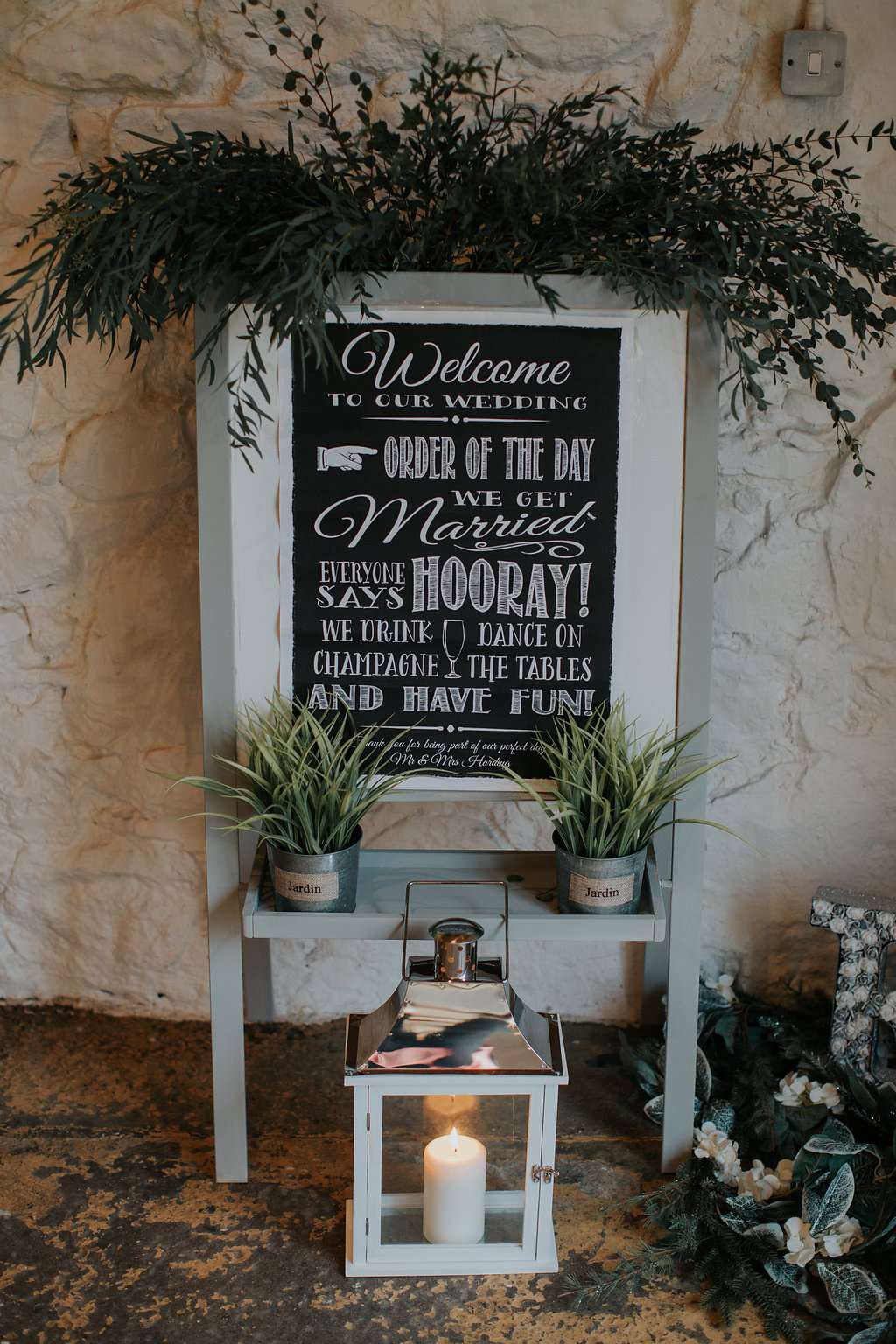 “The best part of the whole day was walking back down the aisle with confetti cannons blasting in our ears! Such excitement. I also loved getting ready with my mum and the girls in the morning, that’s a really special time.” 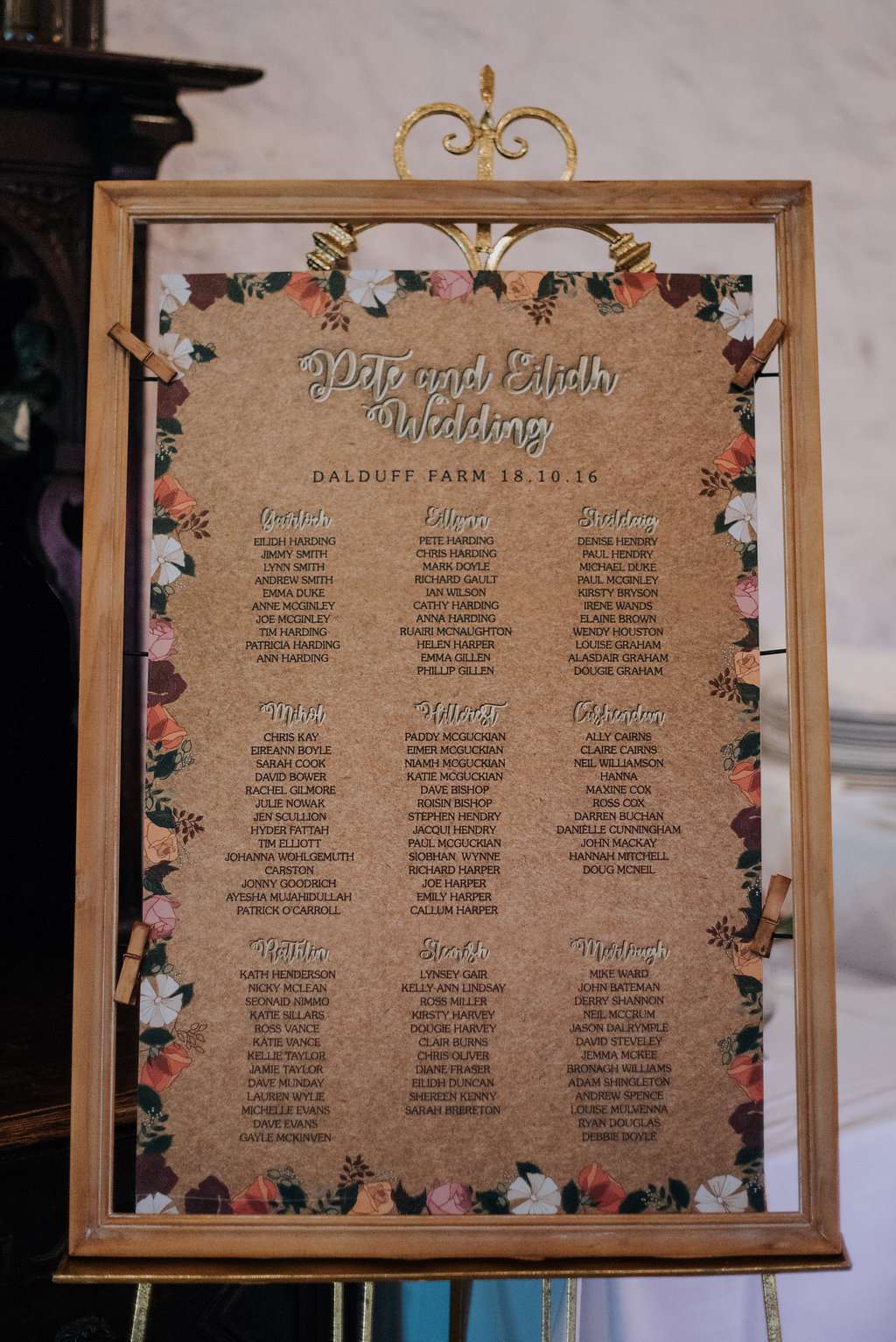 “Our only regret is the videographer we chose”, she concluded. “The result is a fairly amateurish and the video is done in a really traditional format – nothing like what I’d asked for in terms of style, which I can (almost) laugh about now. Thankfully, I have the most beautiful wedding pictures, and the candid style really captures the spirit of the day – we’re so happy with them! Do your research and make sure you see plenty of previous work, before making your decision to work with a vendor.” 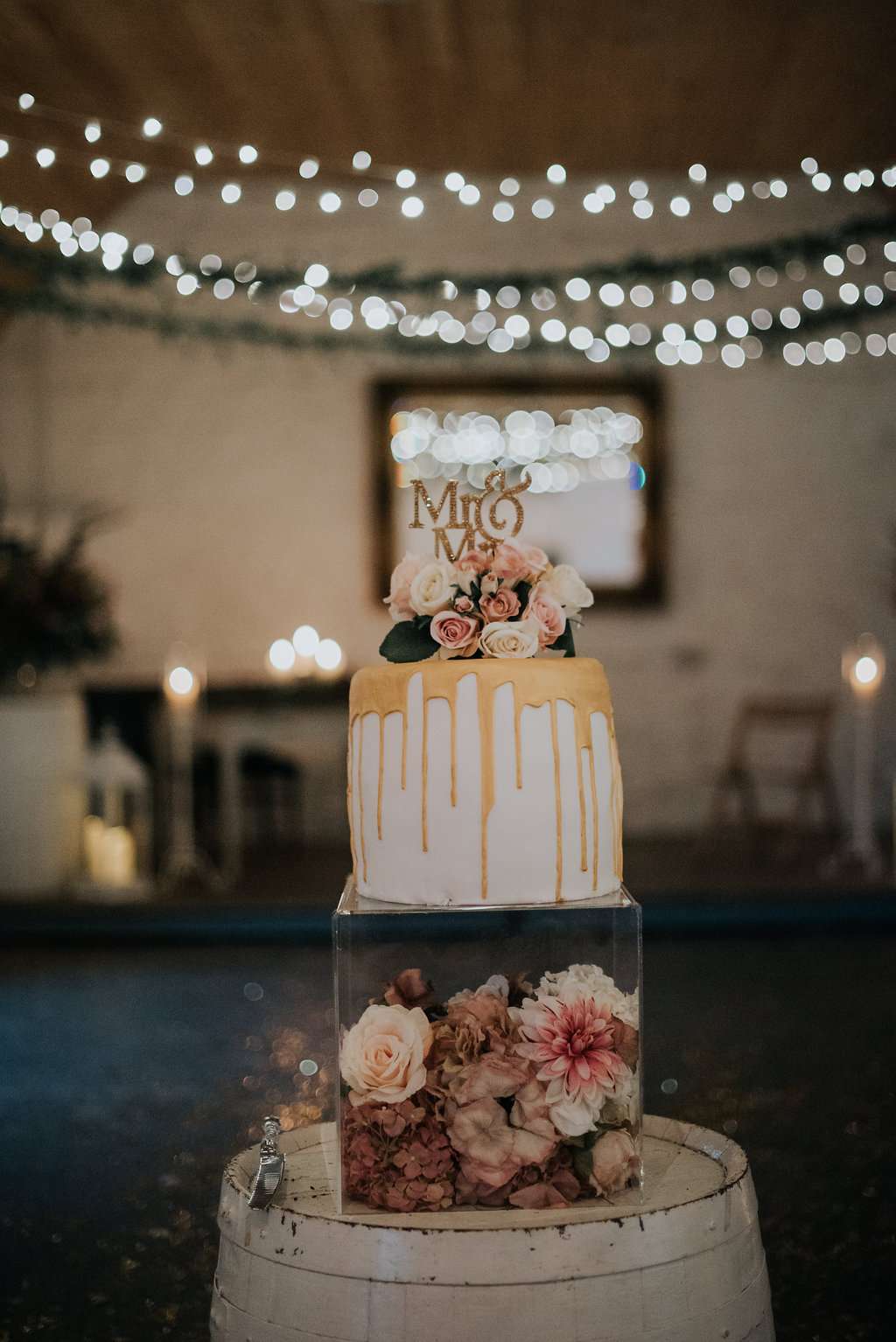 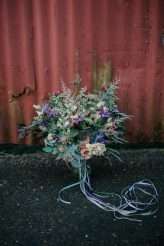 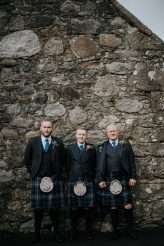 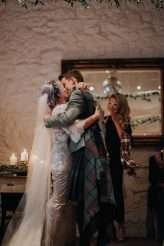 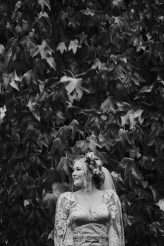 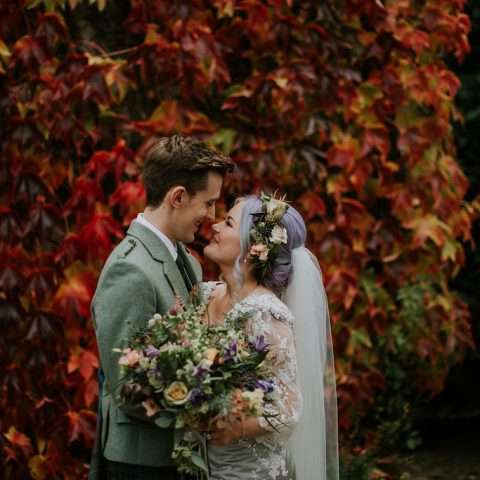 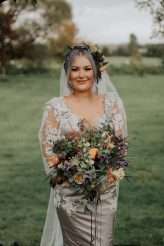 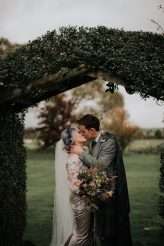 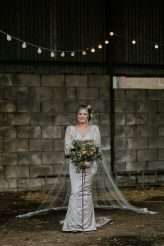 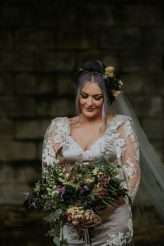 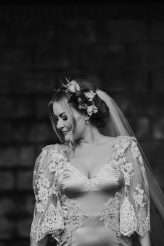 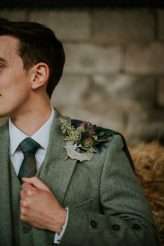 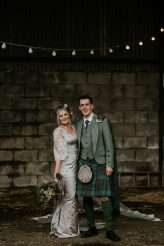 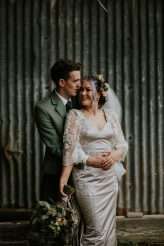 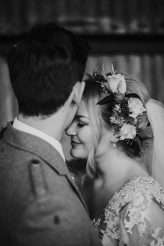 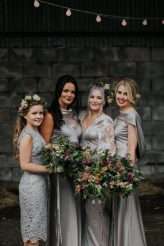 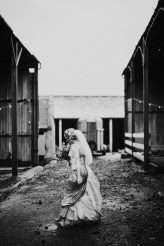 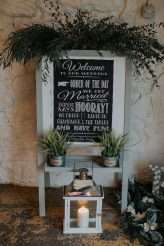 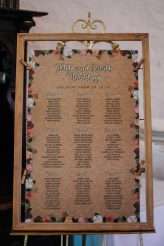 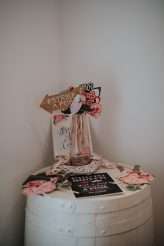 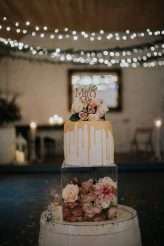 Using the Flower of Life and a fractal as the starting point for, Louise and James planned a spring wedding at Law Castle, West Kilbride.

Both lovers of nature and being outdoors, Katie and Andy wanted their Scottish wedding to have a really natural feel. It was also really important to them that all their guests were relaxed and that the venue they chose could accommodate everyone they wanted to invite - including their four legged fur-babies!