Both lovers of nature and being outdoors, Katie and Andy wanted their Scottish wedding to have a really natural feel. It was also really important to them that all their guests were relaxed and that the venue they chose could accommodate everyone they wanted to invite – including their four legged fur-babies!

“Our love of nature and being outside was the inspiration for our wedding”, said the bride. “It was very laid back and informal. Some of our guests wore elegant dresses and suits and others were in jeans and t-shirts. There was little structure to the day and was just about people mingling together and having fun in a beautiful setting.” 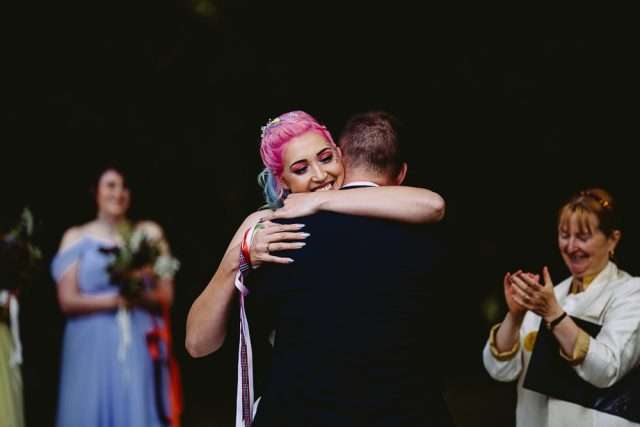 The day was held at Taymouth Estate near Aberfeldy. They had a hand-fasting ceremony performed by an interfaith minister. “Angie lead our ceremony. She included a story of how we met and our hopes and wishes for the future. We had a hand-fasting, with each of our bridesmaids and groomsmen draping a different coloured ribbon over our clasped hands, to represent our hopes for our marriage. We spoke personalised vows and placed our rings on our fingers with our hands still tied.” 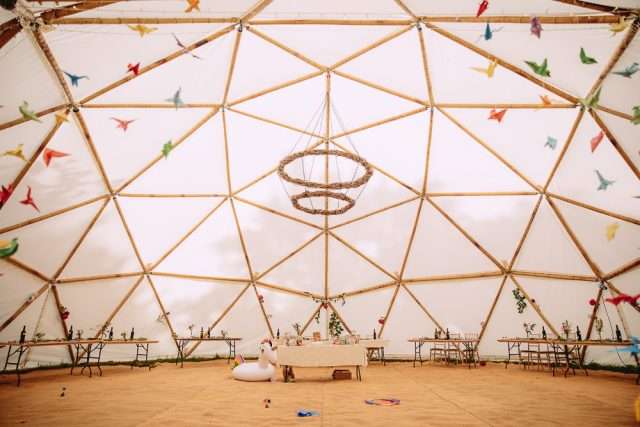 The reception was held in a dome shaped permanent marquee on the estate. “I made our invitations and origami dinosaurs to string up in the dome”, she continued. “I also knitted lots of little animals to go on the tables and then forgot to bring them! My bridesmaids and I did the flower arrangements including the bottles in the tree. I also made necklaces for my bridesmaids to wear and we decorated our own shoes for the day.” 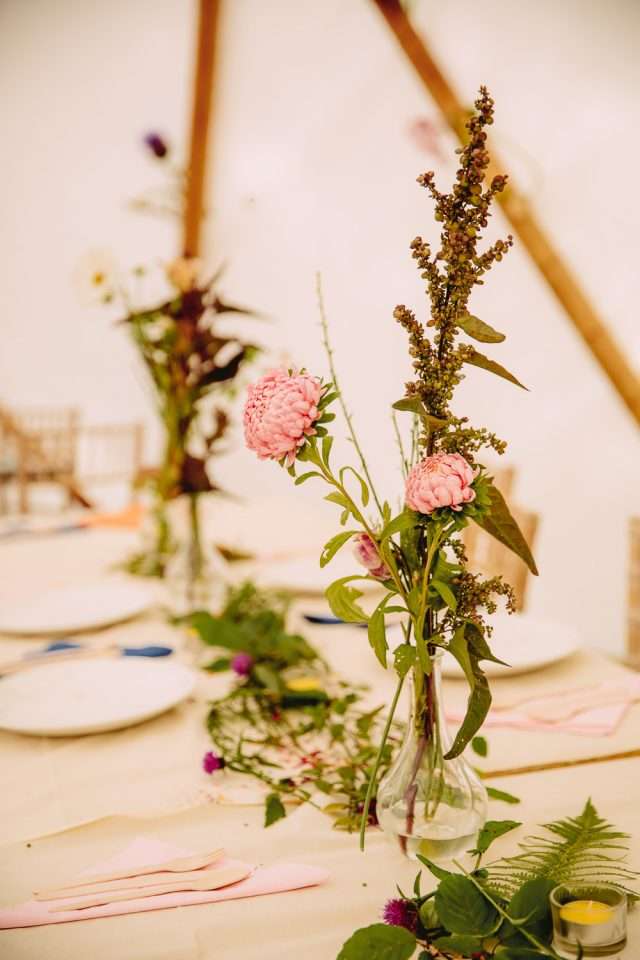 “I love every second of our wedding day. Getting ready in the morning with all my friends, driving along the road with my dad, the emotional and magic of the ceremony and the absolute wild fun of the evening. Our biggest expense was the accommodation for our guests We had to book a certain amount of accommodation with the venue and decided that we would pay for all the wedding to stay over as a treat.” 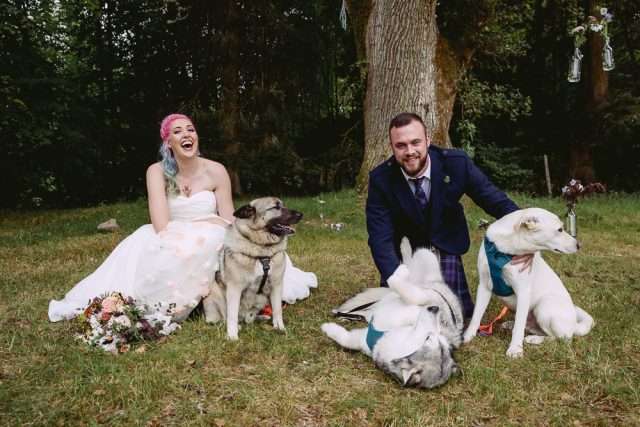 “Our advice for other couples is to not be afraid to do what makes you happy”, she concluded. “It’s your wedding and you need to do it in a way that reflects you and your partner. I think the whole thing has just made us realise how incredibly lucky we are with our wonderful families and friends. We couldn’t have done it without them.” 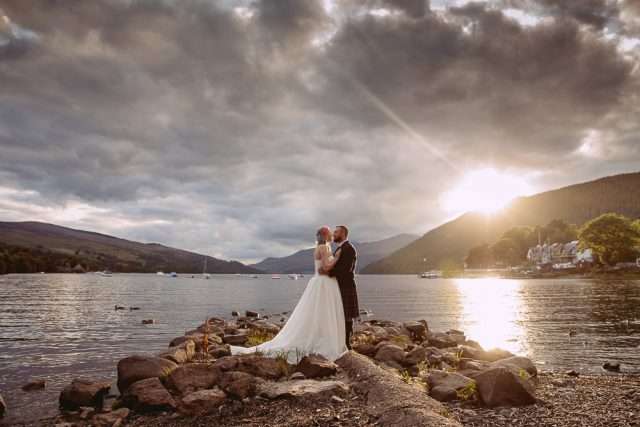 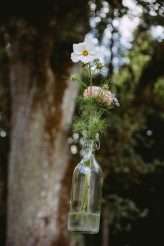 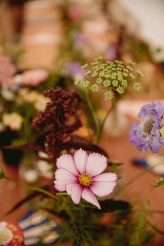 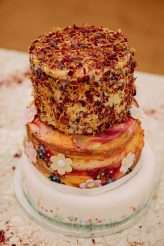 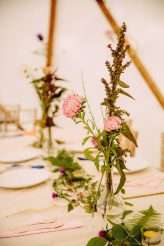 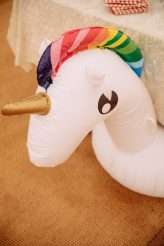 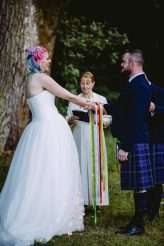 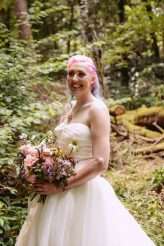 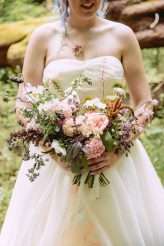 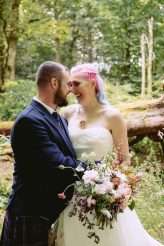 They were married at Ridge Farm in Sussex and had a wedding that felt quirky, fun and full of love. Tamsyn and Tom served pizza at dinner, tacos during the evening and decorated the tables with kitschy figurines that they'd collected from charity shops themselves.