Charlotte and John decided to get married while on Holiday in San Francisco. They had just a photographer there as their witness. Afterwards they planned a low-stress village hall reception back home in North Yorkshire with all their friends and family. It was inspired by kid’s birthday parties and the groom’s pride and joy: His DeLorean! 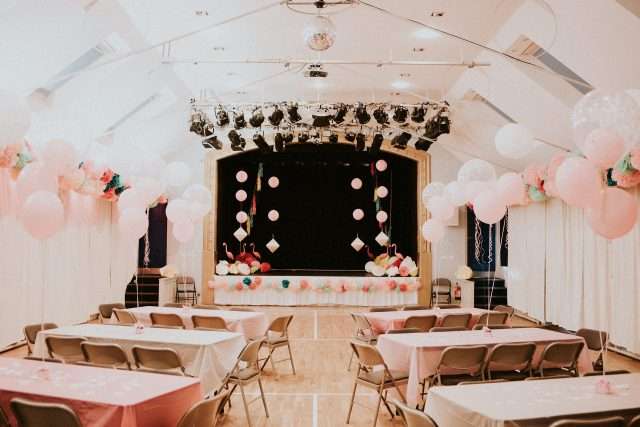 “John didn’t want the pressure of organising a big wedding”, said Charlotte, “and I don’t think I could have organised a full on wedding day with out some kind of breakdown! So we decided to go to off and get married on our own. “We had booked our holiday to San Francisco before getting engaged and I had been Pinteresting things we could do there. I then made a joke about getting married while we were away… One thing led to another and the next thing I knew I was asking my mum if she would be OK with it!” 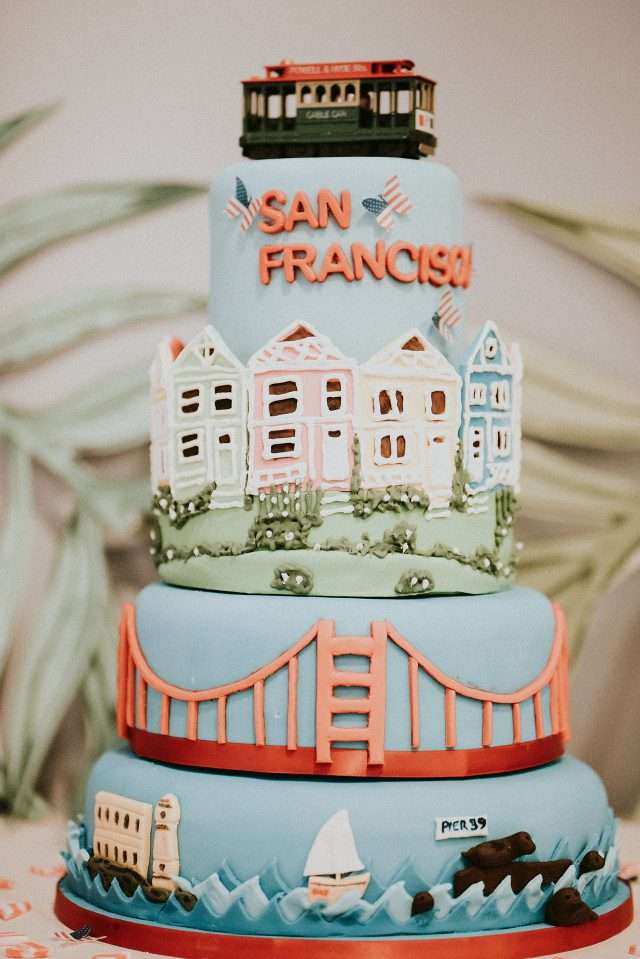 “Our ceremony was so surreal. We had so many people taking photos and shouting their congratulations at us it was very over whelming. City Hall is a public place so while we were getting married there were other couples waiting in line and tours going on. Even though it was full of people, when the judge pronounced us husband and wife it felt like it was just us there. I was worried that I would feel over-dressed as it was just us two but actually I enjoyed that I had gone a little OTT, my dress was perfect!” 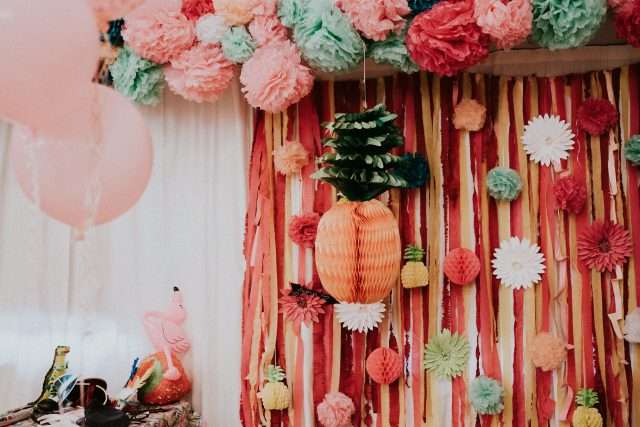 Their reception back home was held in a village hall to keep costs down. “We didn’t have a set budget for the whole thing but just tried to keep expenses as low as possible”, she explained. “We got a few quotes from various wedding venues and even for just an evening event it was going to cost a small fortune. Then we found Thorner Victory Hall for less than £300 to have it from Friday to Sunday! That gave us plenty of time to set up, party, and take down. Our biggest expense was actually the band, not because they were over-priced, but just because we kept everything else so cheap!” 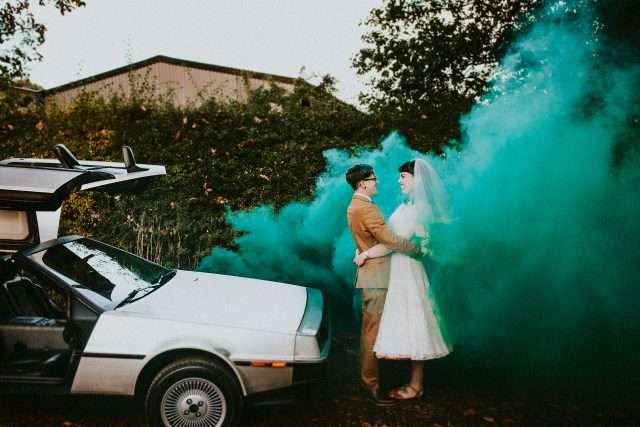 “It was very DIY and we had a lot of help from our family putting up and taking down decorations, which we think made it all the more special. My sister Sophie and Auntie Kate helped so much with planning and organising everything. We couldn’t have done it without them! Our amazing cake was made by my very talented Auntie Laura based on a picture we’d found on Pinterest.”

Charlotte also did her own hair and make up on the day of the wedding and the party. “I had a make-up lesson from F.A.C.E Makeup Artistry before we went away as this was something I was nervous about as I’m not massively into make up! It also helped us save money on the both the wedding day and the day of our wedding party back home which was great.” 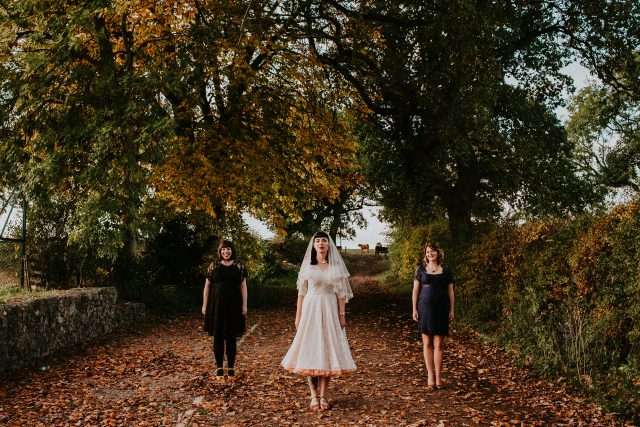 They also did a lot of DIY projects, with help from their family. “We wanted our reception to be personal and completely us so the blank canvas of a village hall was perfect! I’m a Visual Merchandiser at Marks & Spencer and had my eye on various window props from the summer displays. We also spent a full Sunday in the summer with family fluffing 320 pompoms to go around the hall! Initially we were going for a loose San Francisco theme, using the same colour pallet as the painted ladies, but things kind of got out of hand and we used all the colours! We just went with the flow and our wedding theme ended up being Back to the Future vs a five year old girls birthday party!”

For transport the couple used their own DeLorean! “Our transport was John’s pride and joy…his DeLorean, Jennifer (which I’m pretty sure he loves more than me!) He has owned her two years now and used the wedding as an excuse to spend some money on the bodywork.” 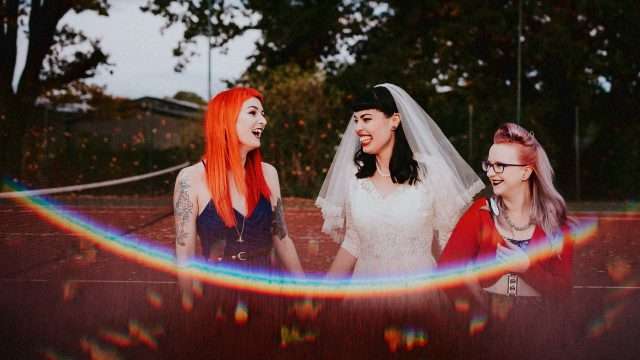 “Our favourite part of the wedding reception was during our first dance to Don’t Stop Believin’ by Journey when we got everyone to join in, I cried because we were so touched by all the love in the room! The best thing about planning our wedding was how it brought everyone together! Whether it was making decorations or discussing how things were going to pan out. These mostly involved tea and cake which is always good. Also just how bloody excited everyone was for us was amazing!” 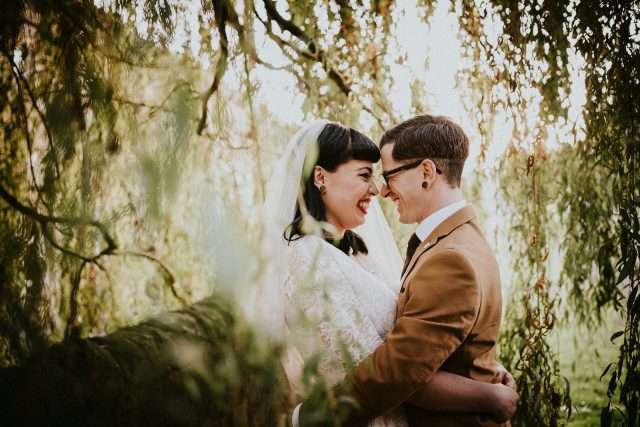 However, the couple did find it hard planning two separate celebrations in different countries. “The worst thing about planning the wedding was that it happened in two different countries so at times it felt like it wasn’t all going to fit together, but it did in the end! There has to be a certain amount of compromise when planning a wedding, which is why we asked the people that mattered most if it was OK that they wouldn’t be there when we tied the knot. Thankfully all our family and friends absolutely loved the idea! They said it was very us to do something like this.” 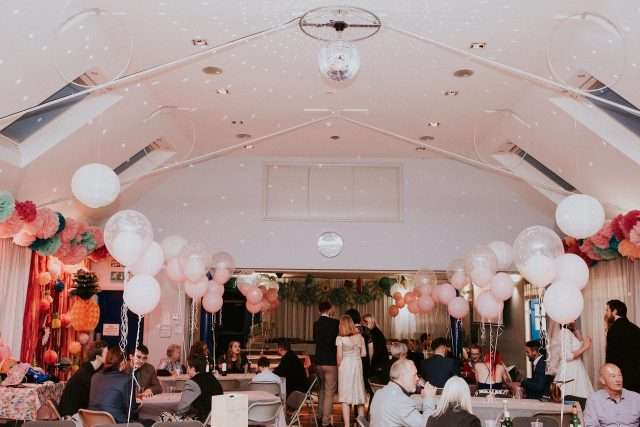 “The only thing we would have done differently was to spend more time the day after the reception with family at the hotel we stayed in, but because it was a DIY wedding we had to tidy and clean the hall. Other than that it was perfect! Our advice to future brides and grooms is to remember that ultimately it’s all about the two of you, so just do what ever puts a big cheesy grin on your faces! Go and have an adventure.” 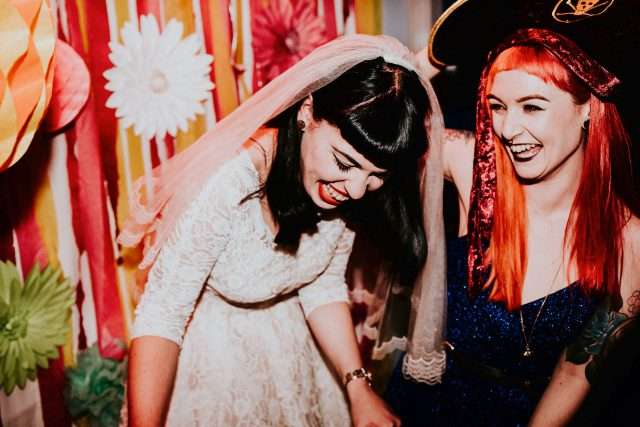 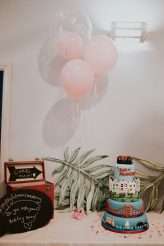 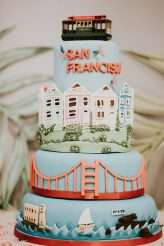 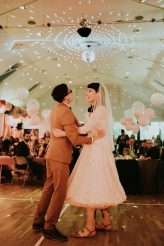