For their spring wedding, Stacey and David wanted a theme that was regal and aristocratic. They wanted something romantic yet quirky, formal yet relaxed. Their venue, Brocket Hall in Hertfordshire, really helped with this of course!

“I have always been obsessed with Brocket Hall. I’m fascinated by the history and decadence!”, said the bride. “I love historical buildings and always wonder what it would have been like to live somewhere like that when it was in its heyday. I think I was born in the wrong era!” 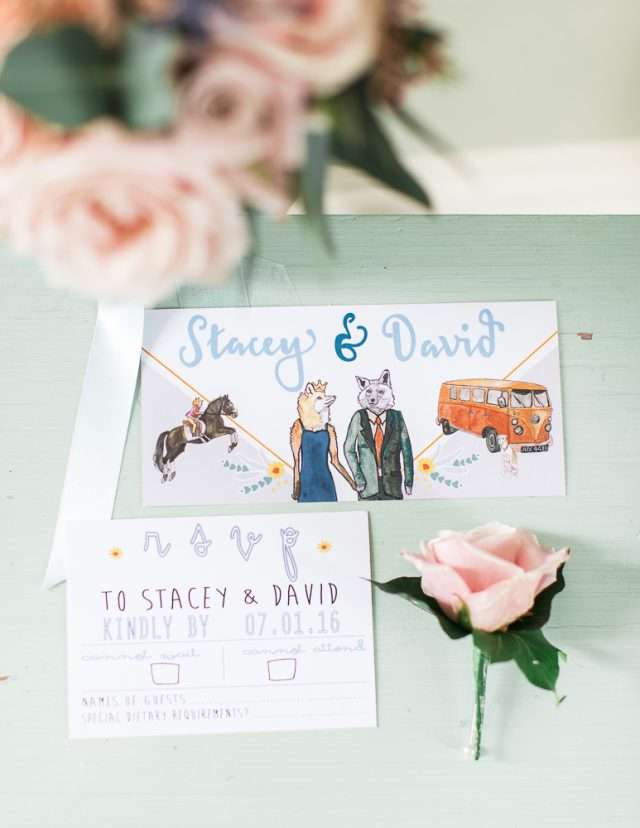 “We wanted to feel like Lord and Lady Brocket and wanted our guests to very much have that kind of experience too – that they were fellow lords and ladies attending a soiree at our mansion! The funny thing is that a few months after we got together it was my birthday and one of the gifts David got me was a lordship so my official title is Lady Stacey Holmes of Wansley Manor! So to return the favour on his birthday later that year I also got him a lordship so he is Lord David Breed of Wansley Manor. In the wedding register, as we are allowed to use our titles in the occupation section, it actually states our occupations as Lord and Lady of the Manor! We had also asked to be announced as Lord and Lady by the toastmaster as we entered the dining room for our wedding breakfast so he said ‘Ladies and gentlemen please be upstanding for your bride and groom – Lord and Lady Breed”’ 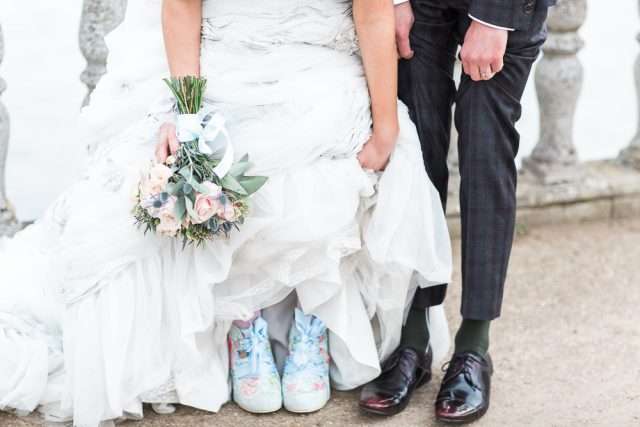 Stacey’s dress came from Ian Stuart and perfectly fit their opulent theme. “I love pastel colours and the quirkiness of Ian Stuart dresses as well as the beautiful and unusual materials he uses. His dresses were so ‘me’. With it I wore Iced Gem Abigail shoes by Irregular Choice which were also a blue pastel floral design. I’ve always loved their shoes and own many pairs!” 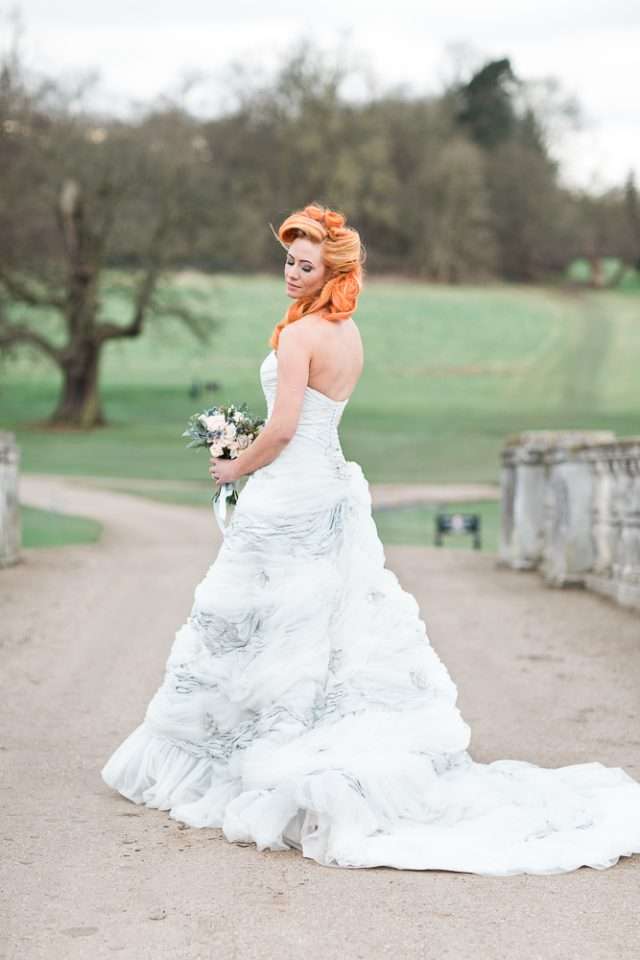 Their incredible cake was made by a family friend, Claire Jane Fitzpatrick. “Initially we were going to have a naked cake and Claire had a similar idea for us however I saw the most amazing cake in Rock n Roll Bride magazine last year that featured a skull and the words ’til death do us part’ and the naked cake went out the window! Claire put her own twist on it and the colours were tailored to suit our scheme. We got so many comments about the cake, I think our guests had never seen anything like it and to be honest nor would I have if I hadn’t seen it in Rock n Roll Bride! We were over the moon with how it turned out, Claire did an amazing job.” 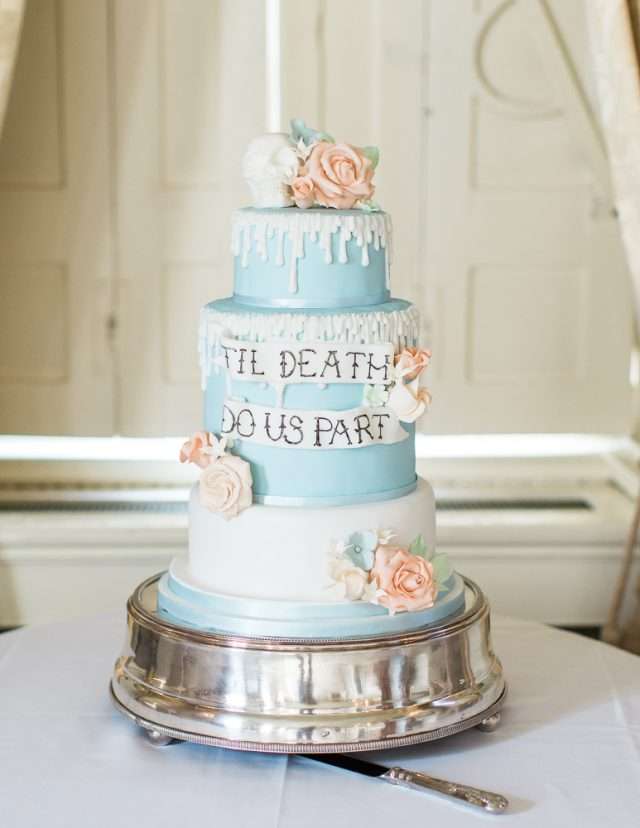 In terms of the rest of the decor, the decided to keep things simple as their venue was so opulent on its own! “We didn’t have too much going on in the way of props or décor as we didn’t think we needed it. The Hall is grand enough and we didn’t want to detract from that.” 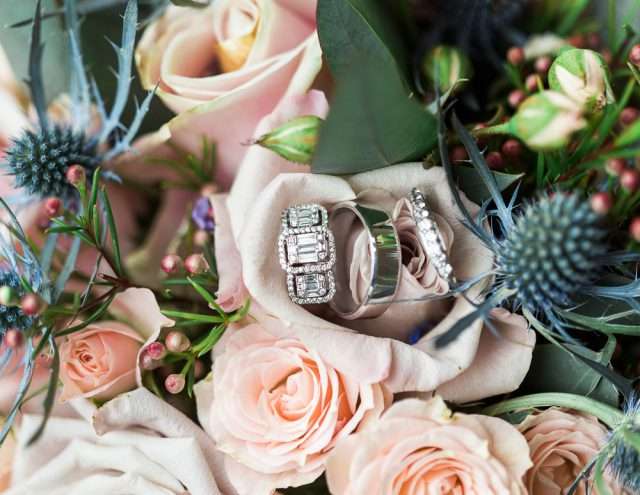 “The best thing about planning our wedding was actually seeing it all take shape. As in being happy in our decisions, actually getting stuff ordered and ticking things of the list. It was an exciting time and so nice when we were imagining what the day was going to be like and what people would think of it all. Of course knowing you are getting married, that that time in your life has finally come (we are in our mid/late 30s and never previously married), finally found ‘the one’ it was really exciting to plan it all. And I loved dress shopping like any girl and the menu tasting was really fun.” 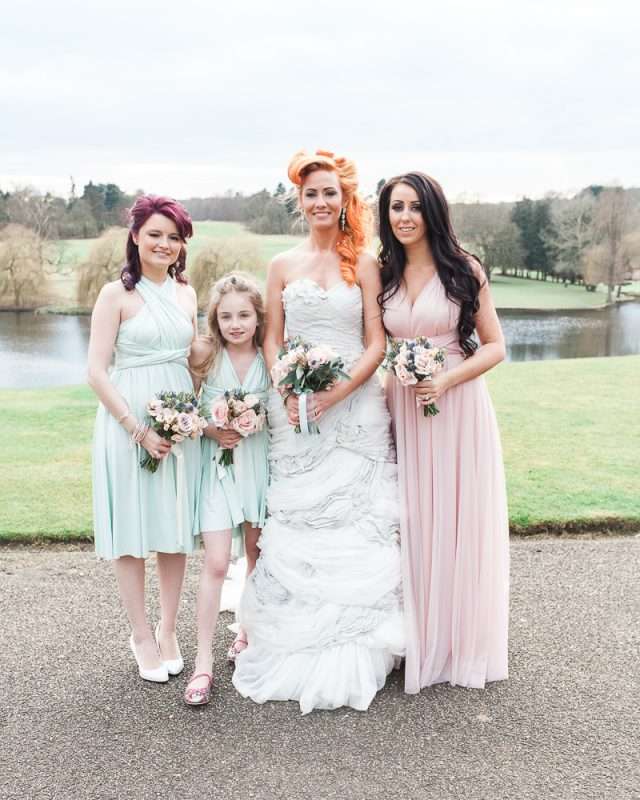 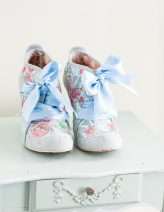 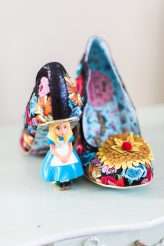 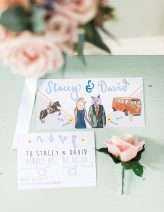 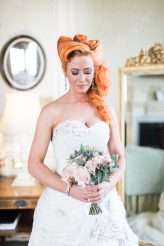 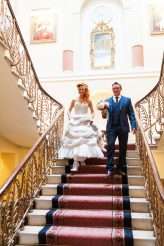 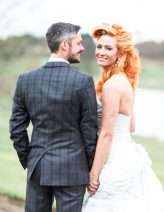 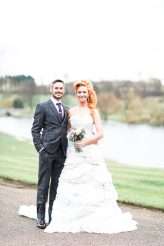 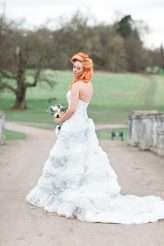 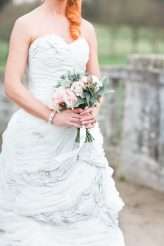 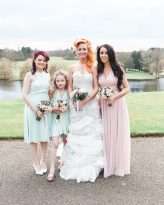 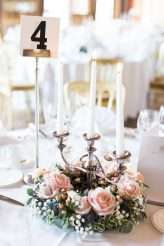 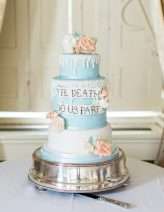 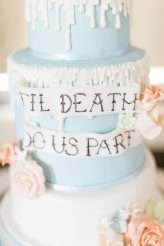 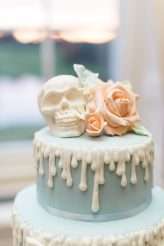 Over the next week I'll be recapping some of my favourite posts from the past twelve months, so this is the last real wedding feature of the year! Er where has the time gone please?! But believe me when I say we are going out with a bang. Claire and Stephen's wedding is not only beautifully modern and glamorous, but the way it was photographed by CG Weddings has blown my mind. I love all this creativity and this wedding might just be the epitome of Rock n Roll Bride!

Fanny and Chris' wedding theme can best be described as Sofia Coppola’s Marie Antoinette meets Tim Walker with a sprinkling of Baz Luhermann’s Romeo and Juliet! They wanted their wedding to be personal, stick to their budget and to transport their guests to their own magical world.

Imogen and Jordan were married on 31st October in London. The wedding was inspired by art deco, Autumn and, of course, Halloween! However they didn't want their day to be too themed, so they went for subtle touches such as glittery pumpkins and the bridesmaids wearing black lace masks for the ceremony.

be astronomically beautiful! Clementine and Crispin's winter wedding was held at the gorgeous One Mayfair in London.

Can we PLEASE take a moment to mentally prepare ourselves for what we're about to see because HOLY SMOKES, this wedding is eeeevvverrryyyything!