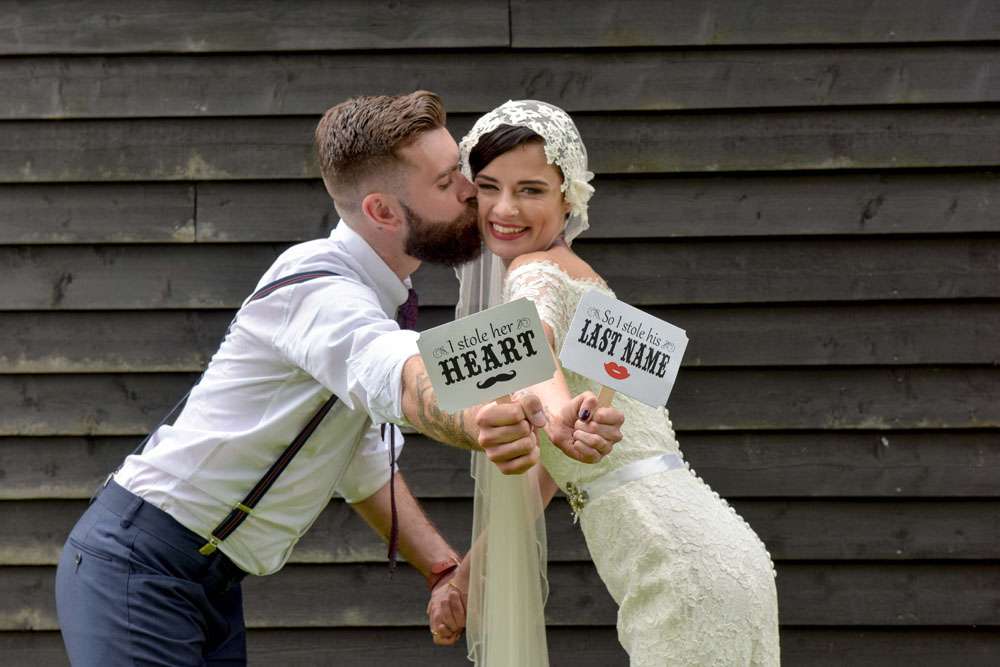 Meg and Craig didn’t want a big wedding but with the bride having a large Irish family it was slightly inevitable! In the end they agreed a guest list of 85 which was mostly close family and our best friends. They were married at Pangdean Barn, Pyecombe, Sussex. 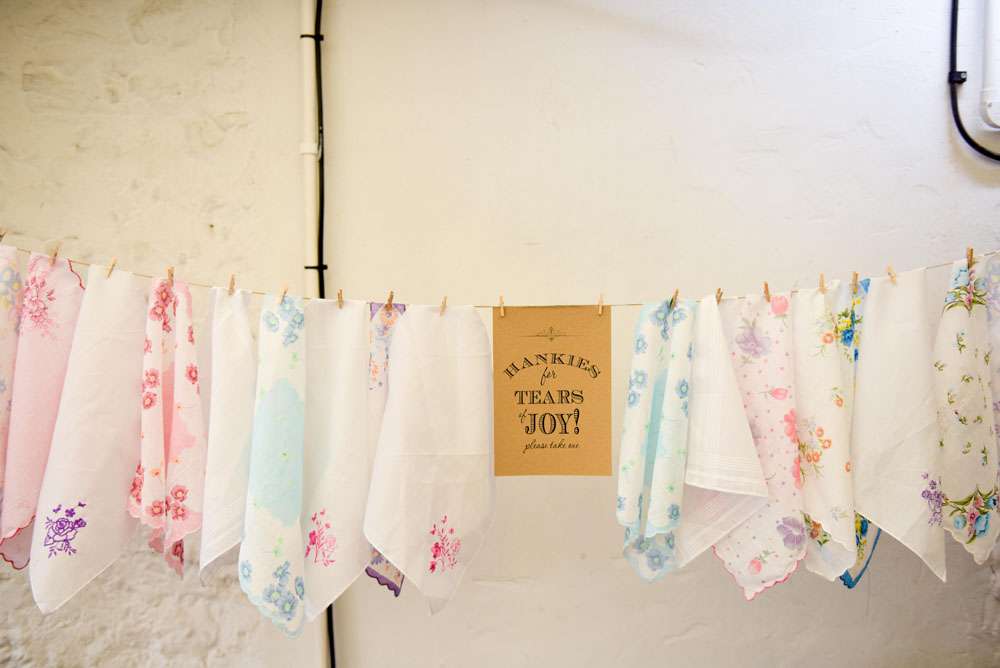 “I would say the theme was rustic barn setting with a cute and quirky decor that reflected us!” said Meg. “We didn’t want formal or traditional and this was my first wedding to attend that wasn’t in a church! I LOVE Harry Potter and was allowed to have one Harry Potter element in the wedding. It’s better he restrained me really other wise we could have been getting married in Gryffindor robes by Albus Dumbledore. Our tableplan was my nod to Harry Potter. Made by my sister Becky, we named each table after a couple from the books and we sat at Snape and Lily’s table which was written on a page from the chapter the unbreakable vow.” 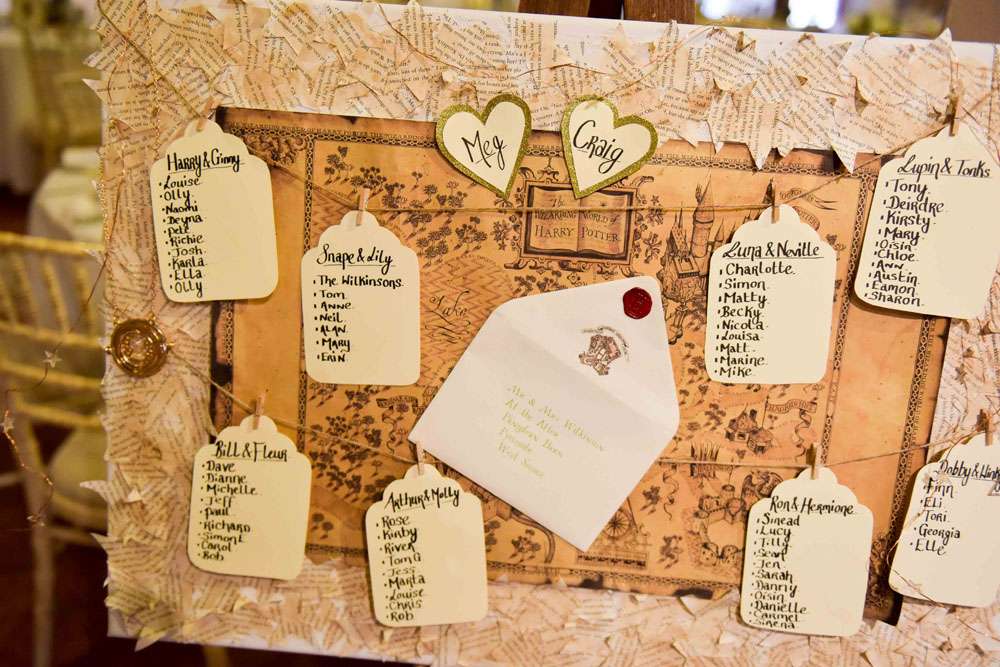 “The day before I had the wedding crew out at the barn decorating, we had various bits and pieces bought from eBay and Etsy. All wedding favours and bunting were made by my crafty friends and family. The order of service which was simple and lovely was printed and decorated by a friend too. We added a little paragraph about each member of the bridal party and why we chose them and what they meant to us in our lives.” 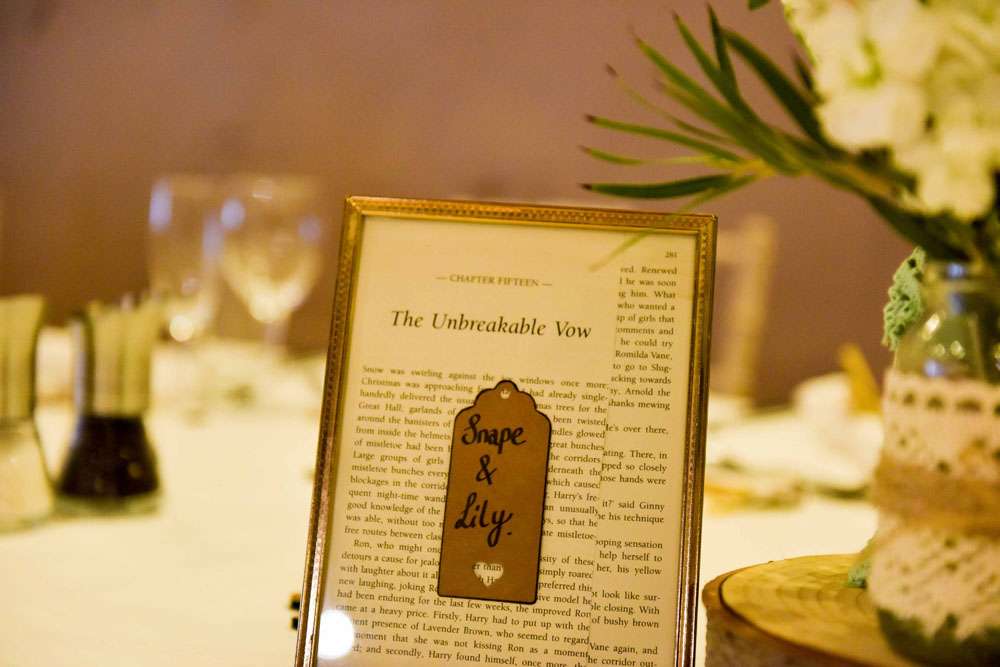 “Our main priority on spending was a great photographer and really good music for everyone to enjoy”, she explained. “Our music was a local Brighton band Flash Mob Jazz, a swing and Rock n Roll band who are the nicest lads that got the whole place up and dancing – they were a hit!” 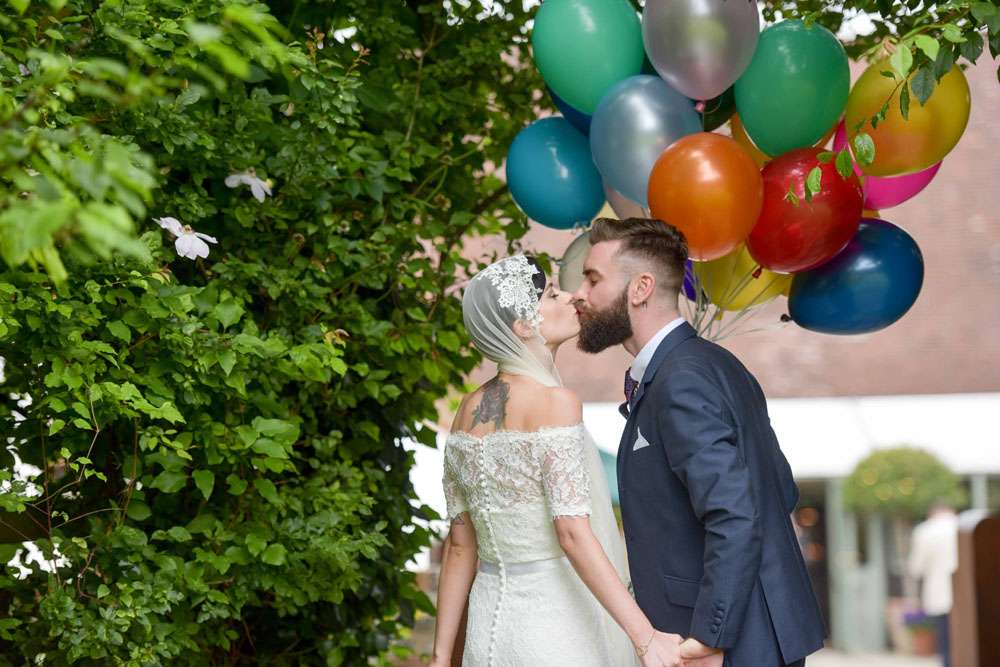 “It’s so hard to pick one favourite moment but overall just seeing everyone together was amazing. I loved being able to stand up in front of them all and unashamedly and wholeheartedly declare to each other that we were in it for the long run, that we adored each other, and that we would keep each others love safe forever.” 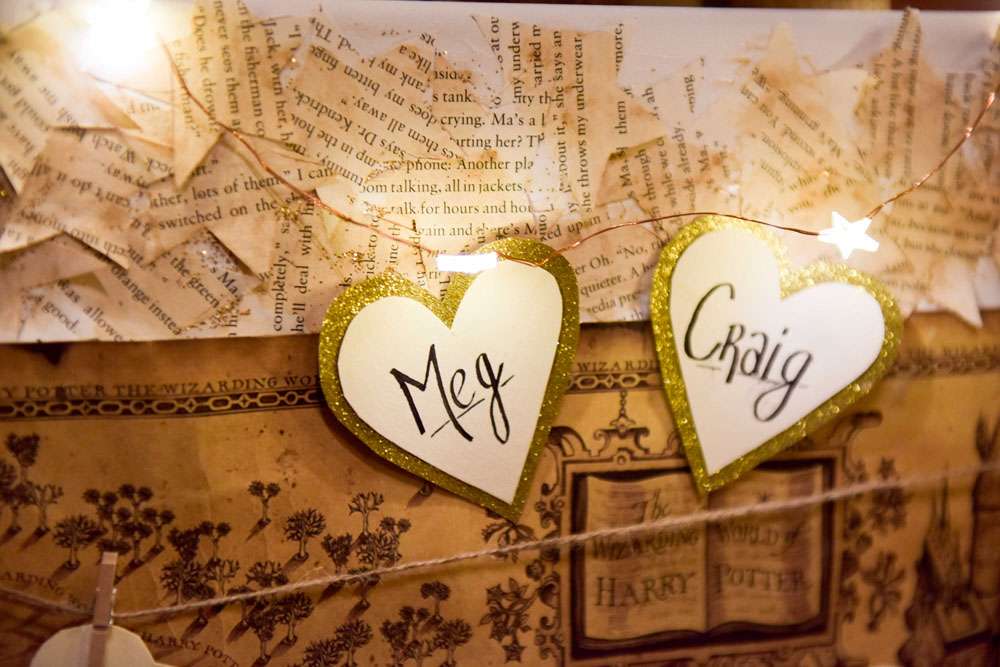 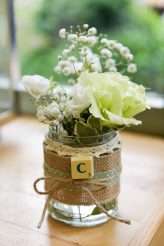 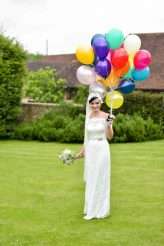 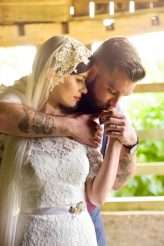 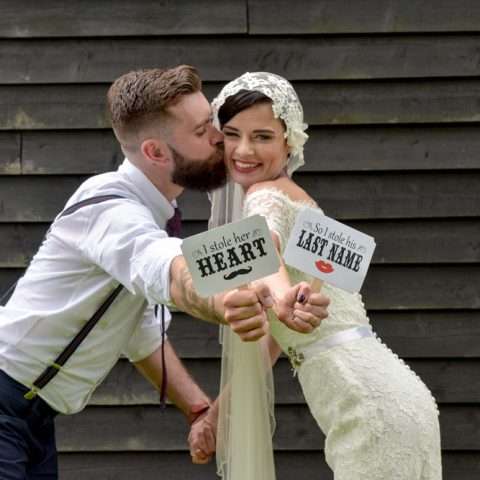