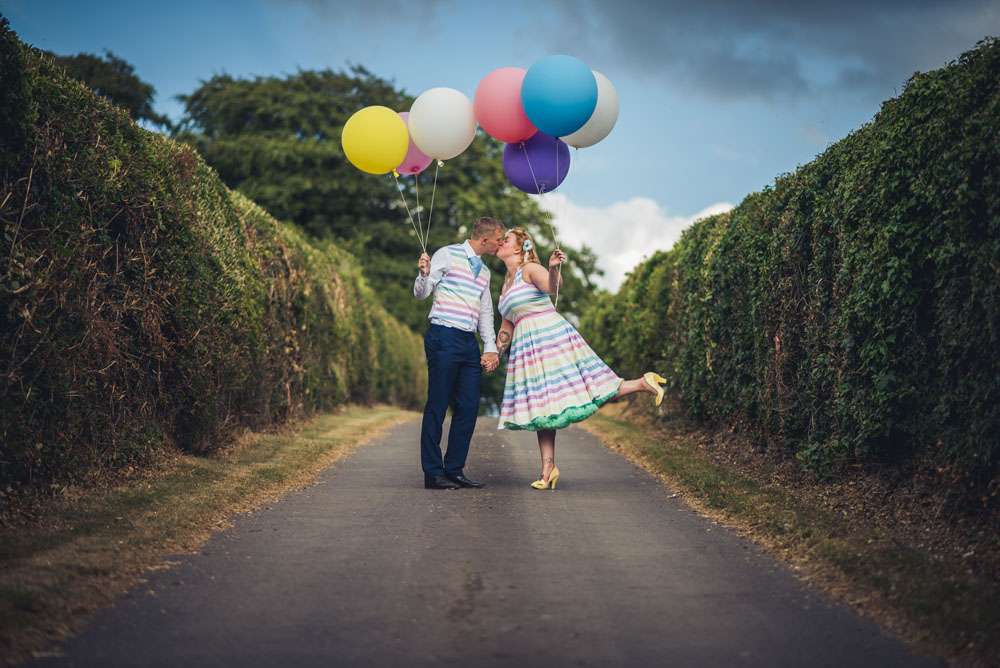 I don’t know about you but I’ve never seen a bride and groom match their wedding outfits quite so deliberately. I think they look totally adorable! Kerry’s dress and Pete’s waistcoat were custom made for them by Miss Brache who dyed the fabric to their choice of colours. 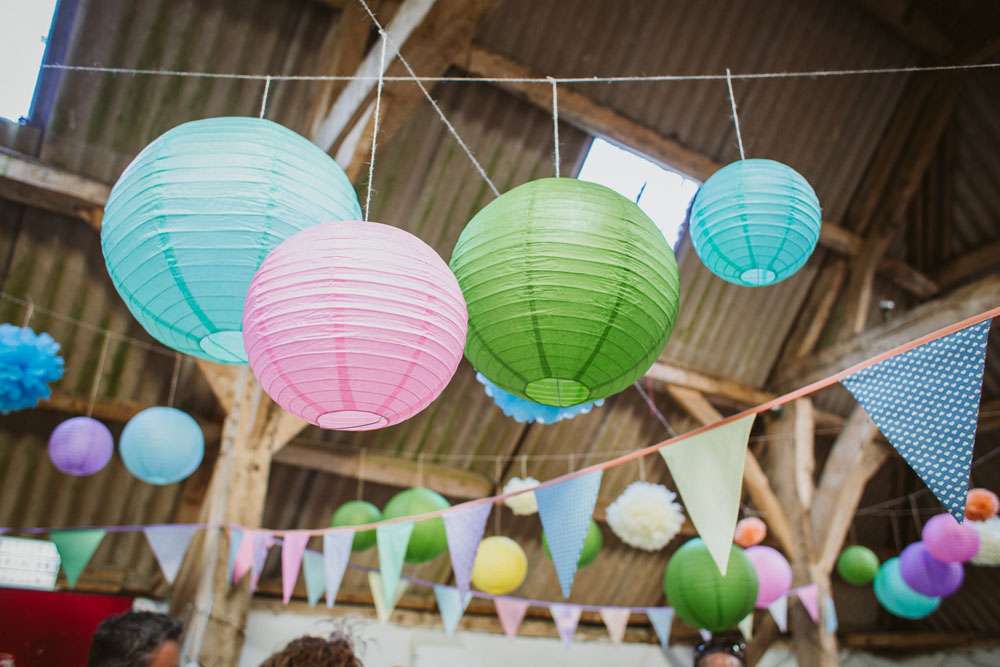 “Our wedding theme is very difficult to pigeonhole”, began the bride. “We didn’t really have an overall theme in mind except that we wanted it to be colourful and fun. Rainbow pastels featured a lot but we also had a shabby/festival feel… a barn dance… and a little Mexican twist! We were inspired by my love of all things colourful. My stripy wedding dress and a matching groom isn’t something you see every day, but it was so ‘us’.” 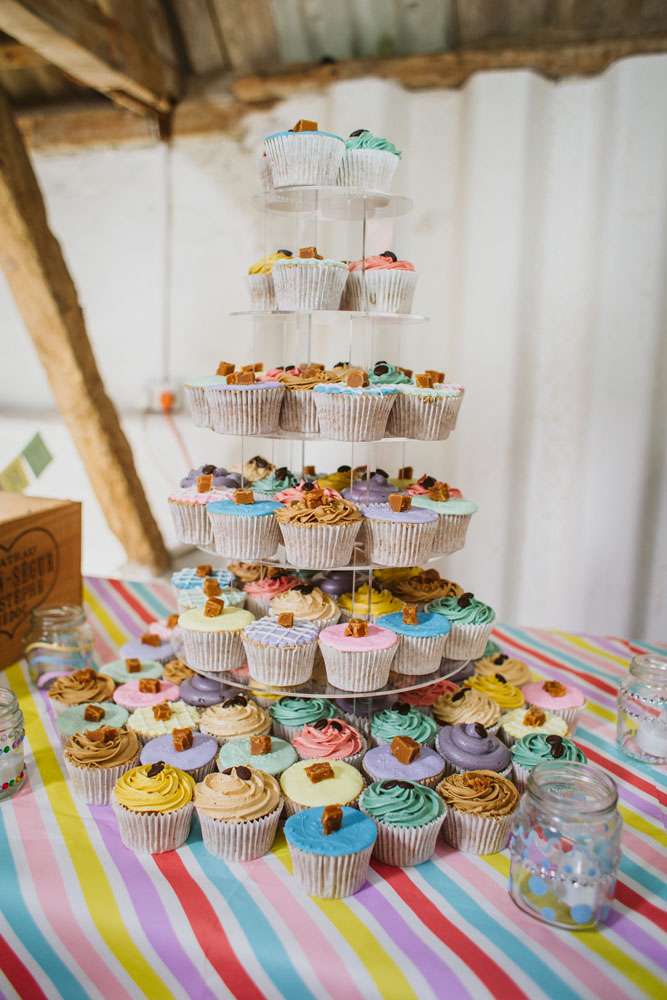 “I designed and made the invitations, having bought reems of multi coloured pastel card”, she continued. “I collected jars by the dozen and spent rather a long day removing labels and decorating them with chalk paint to use as tea light holders. The beautiful bunting was painstakingly and lovingly handmade by my very clever, creative mum. Pete and I spent two days straight, cleaning and decorating the barn. We had a great sense of satisfaction, knowing all the hard work that we had out in and seeing peoples’ reactions to the finished article. And it was fun to spend that time together pre-wedding madness.” 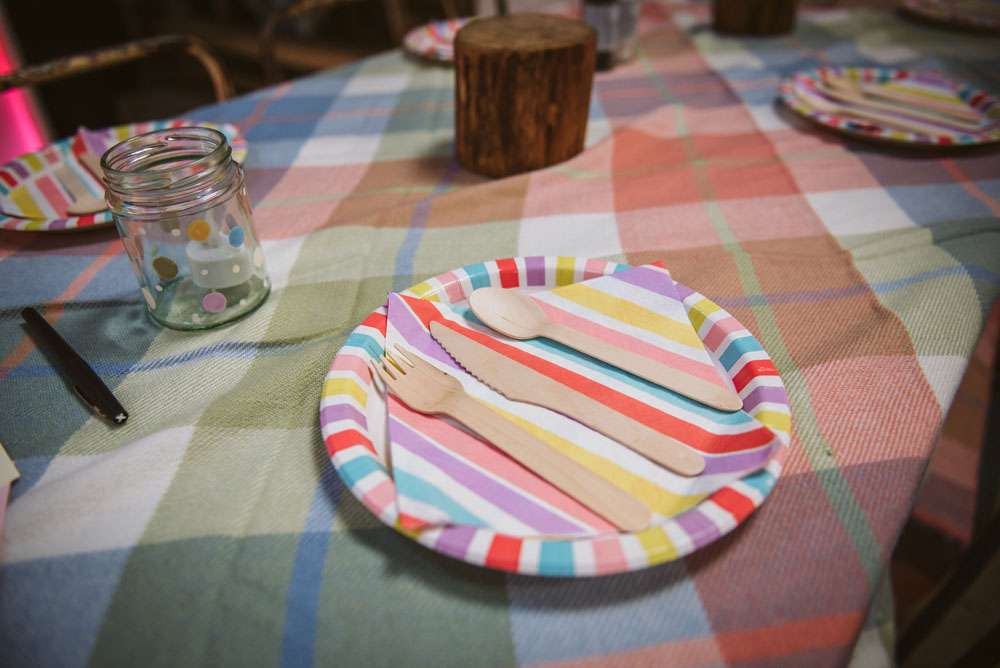 “I have two favourite moments of the wedding – the Mariachi band were a surprise to most of our guests and they immediately brought a smile to everyone’s faces. They were just fantastic. Also, the moment of our first dance when the confetti canons were unleashed. That felt really special!” 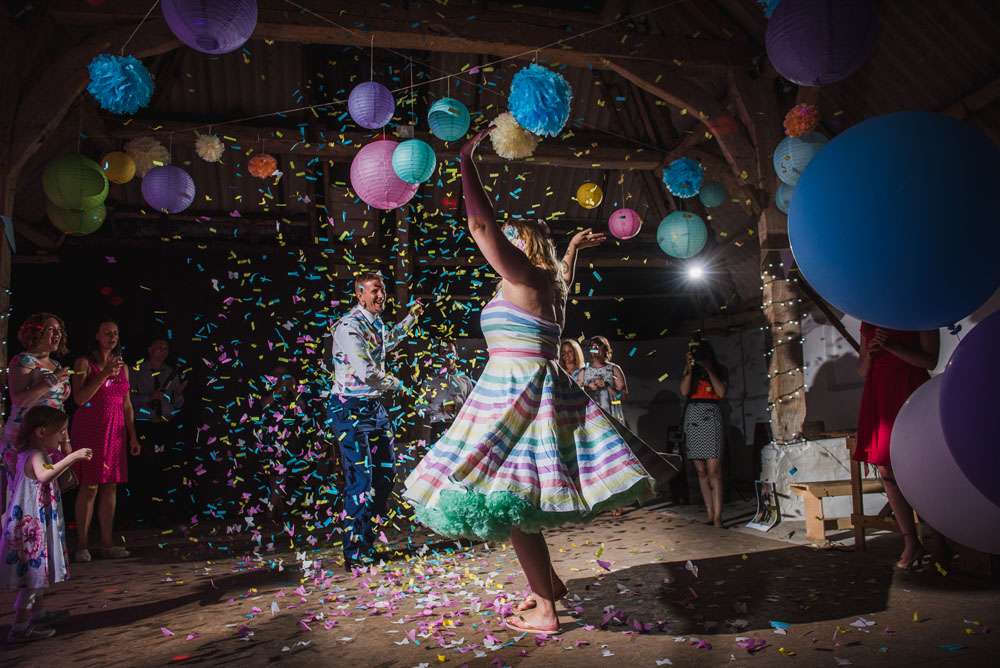 “The only thing I’d change about the wedding is that I wish I would have sat down for ten minutes and actually eaten some of the amazing food that we had spent so much money on! My husband and friends tried to get me to sit down and eat something, but I felt that I was too busy and had too many people to talk to and thank. By all accounts, the food was amazing. The two morsels that I managed to consume, including a mini Yorkshire pudding with rare roast beef and horseradish cream, were delicious.” 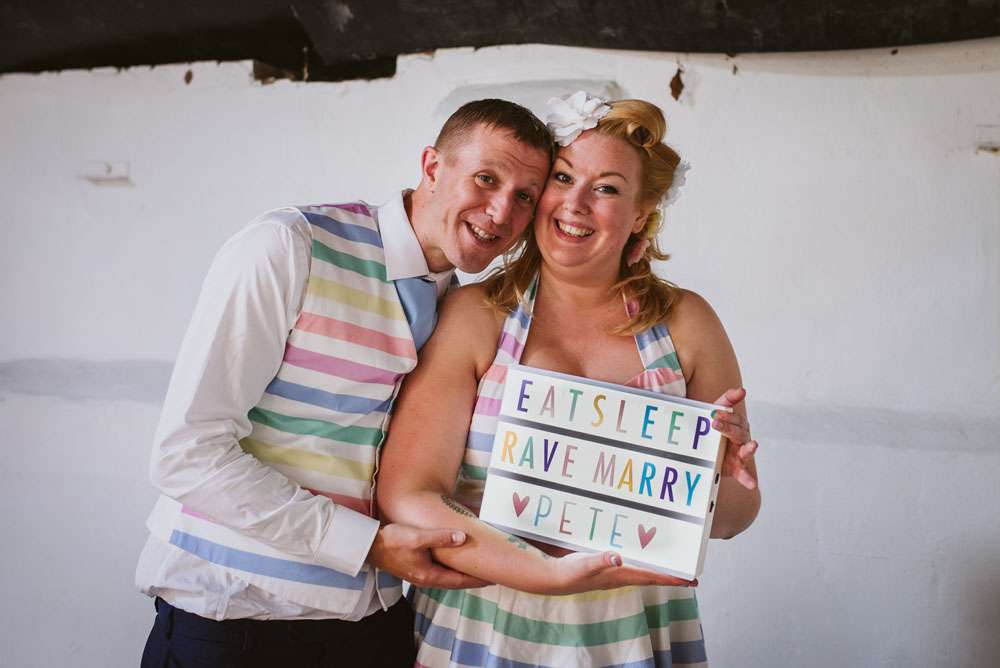 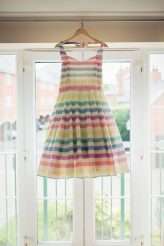 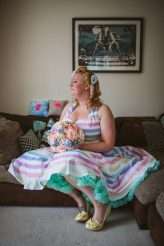 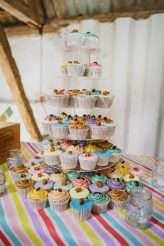 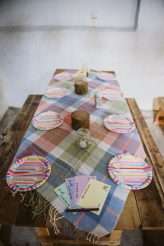 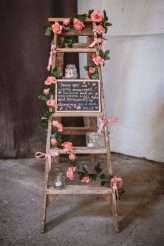 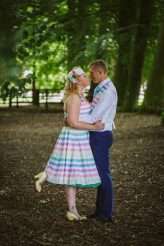 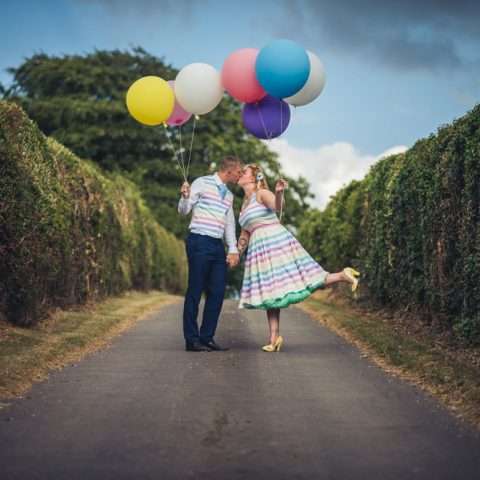 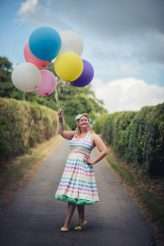 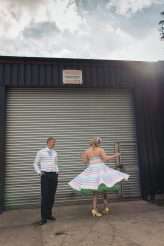 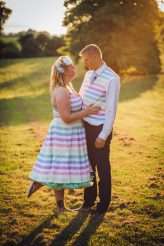 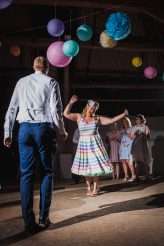