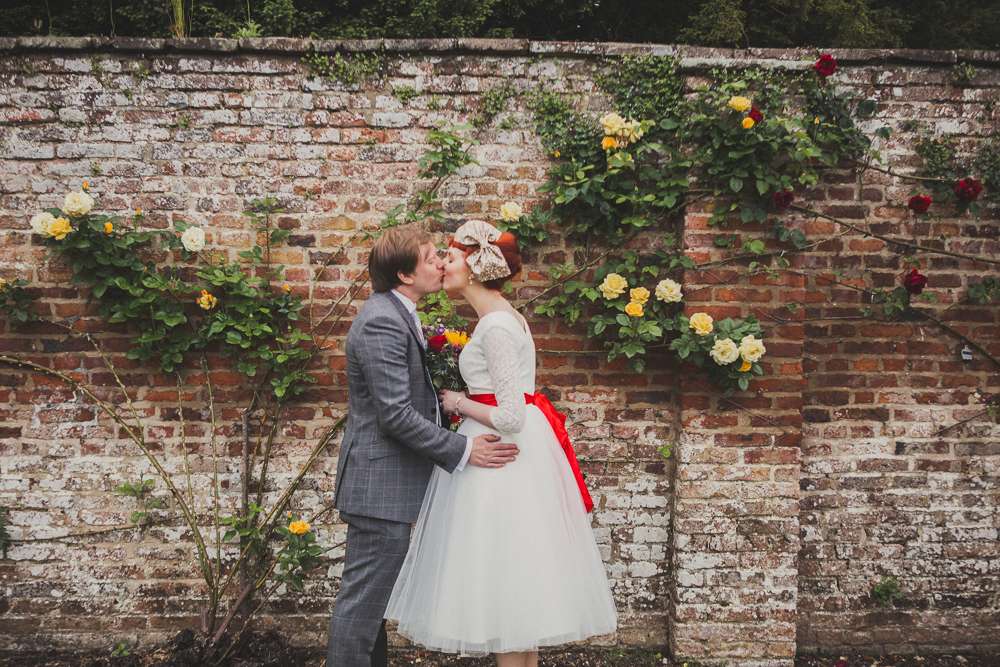 April and James’ wedding was colourful and retro inspired with lots of fun details. The bride wore a dress by Kitty and Dulcie and a veil from Rock n Roll Bride x Crown and Glory.

“We envisaged a really fun and happy day, which included things we loved and that fitted with our personal style and tastes”, said the bride. “Generally the more colourful, vintage-y or kitsch the better! I spent a huge amount of time trawling through antiques stores, jumble sales, and charity shops for things that caught my eye. I love a bit of bric-a-brac! The owls were a result of a walk in the park one afternoon too. We stumbled upon Owl Adventures doing a public flying show – it just seemed like a fun thing that people would enjoy so we made the spontaneous decision to book it there and then!” 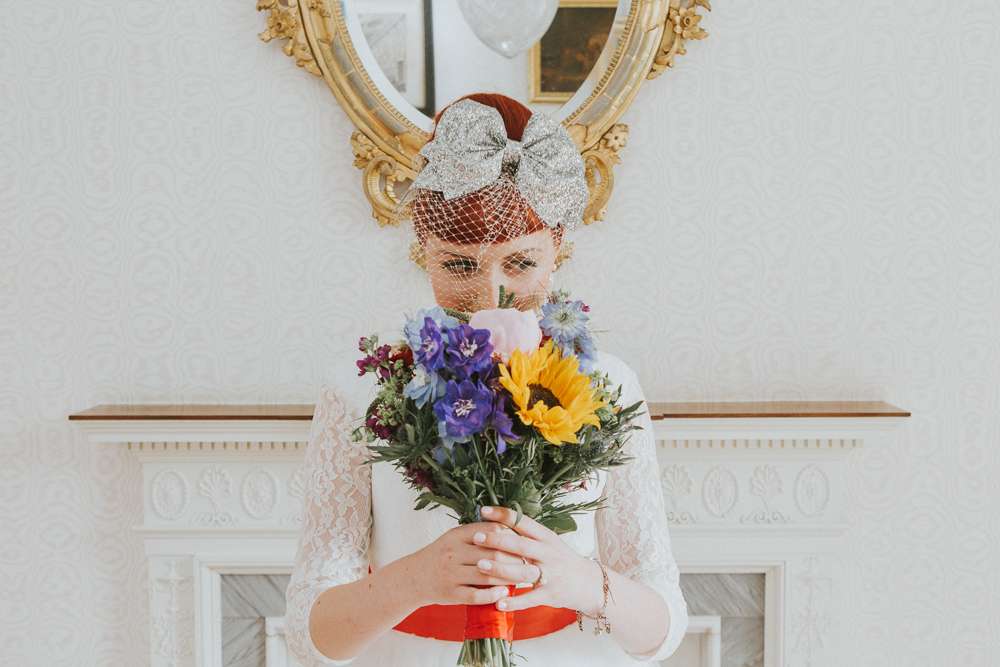 The couple ditched a lot of traditional elements and kept things as relaxed as possible. “We didn’t have a first dance, cake cutting, formal seating at the reception, or a typical three course meal situation!” April continued. “We didn’t even really have many group photos. We just wanted it to be easy going, and so we scrapped any elements that we didn’t want or that made us feel uncomfortable. And well, I guess I haven’t been to many weddings with the combination of owls, pizza and a bouncy disco!” 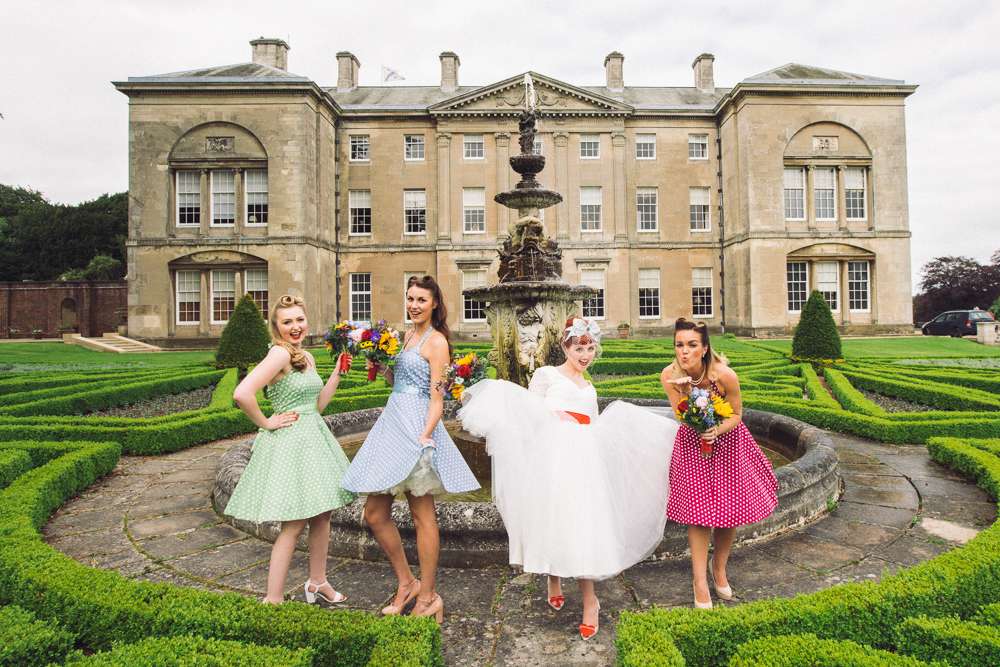 The ceremony itself was lighthearted and fun, but also romantic and intimate. “It was in the beautiful library at Sledmere House. We felt the opulent house was a great setting for this in contrast to the brightly coloured and informal barn for the reception. The ceremony was really beautiful, we had a reading of He’s Not Perfect (Bob Marley) by one of James’ oldest friends, Sam. It brought a lot of laughter but also a few emotional tears too! It was really touching. I think there would have been a few more tears in the ceremony actually, but the venue’s sound system broke, and so didn’t have any music. I was supposed to walk in to Angels by the XX, but the general consensus from our families is that they are glad it didn’t work otherwise they’d all have been blubbering wrecks!” 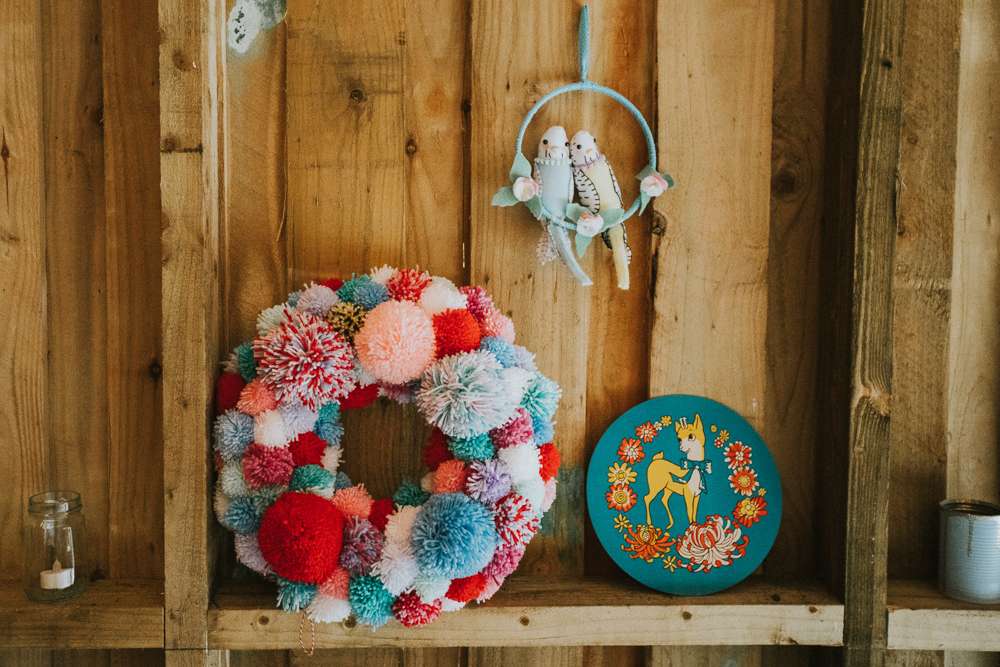 “One of the highlights of the wedding was our bouncy castle! Seeing everyone (including our parents) having a bounce whilst listening to some good old 90s club classics was brilliant! The calibre of crazy dance moves throughout the evening as a whole was unbelievable actually. The look on James’ face as his Best Man delivered his speech was priceless too – mortified doesn’t even cover it!” 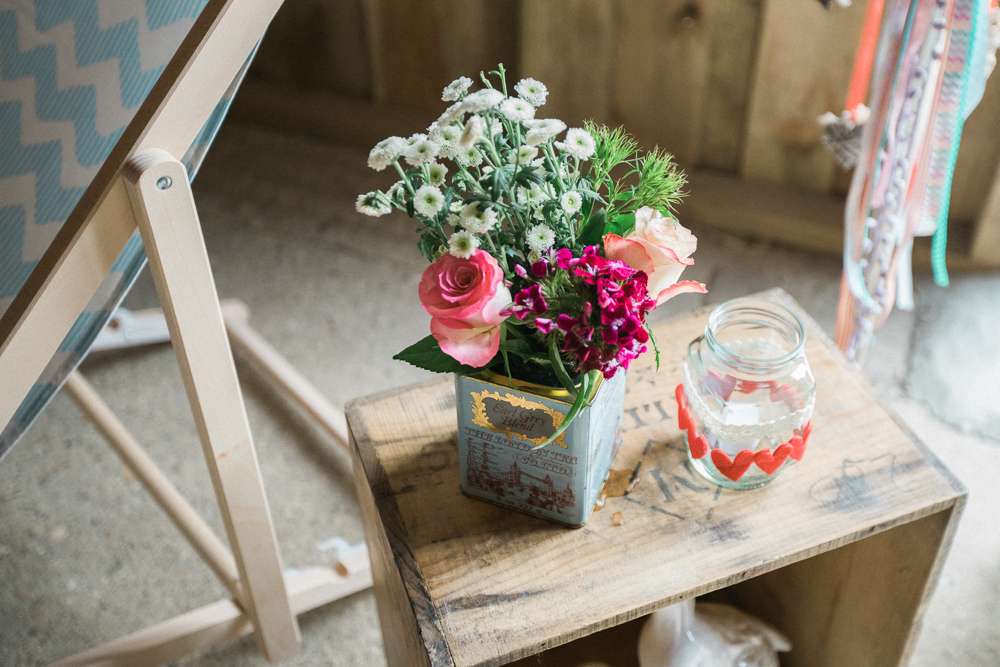 “The best thing about wedding planning was being creative”, she concluded. “Also, knowing that we were creating this amazing and fun day for us, and our friends and family! We had such fantastic feedback from our guests and people who have seen the photographs. The only changes I would make now would be to have hired a DJ. Spotify is great, and worked fine for part of the day, but for the evening reception it would have been better to have a proper DJ as it was difficult to dictate which songs came on at which time (and a lot of the songs we had on our playlist got missed).” 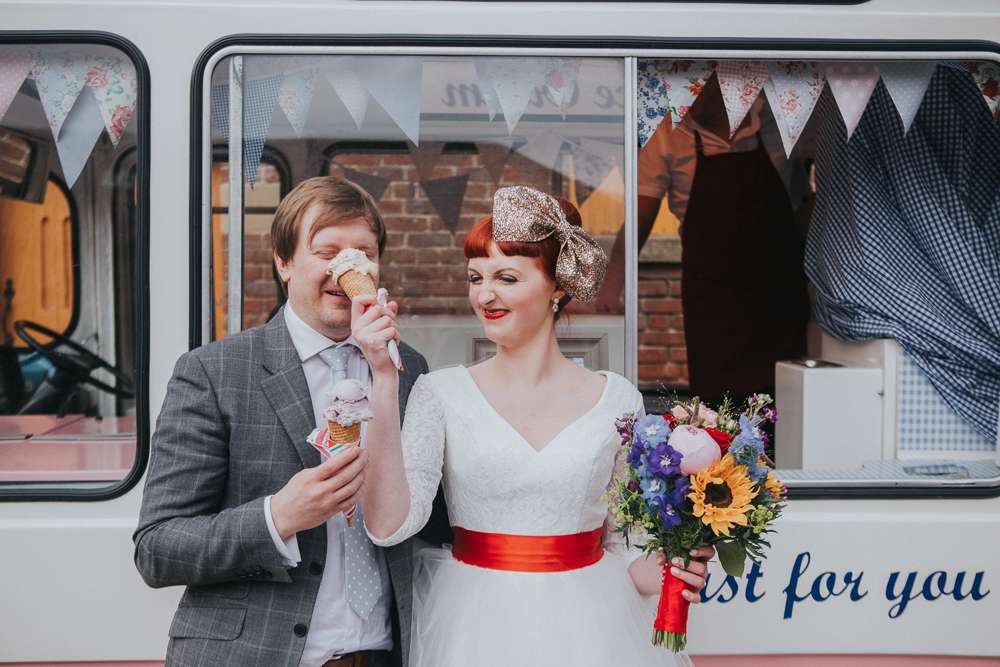 “Also I would have hired a wedding coordinator to help with the logistics on the day itself – I had a bit of a mad dash getting ready as I was dealing with suppliers in the morning, and throughout the night had a few crazy moments such as changing bin bags, checking toilets and doing the sound and lighting – it would have been nice to have been able to relax more and enjoy the party!” 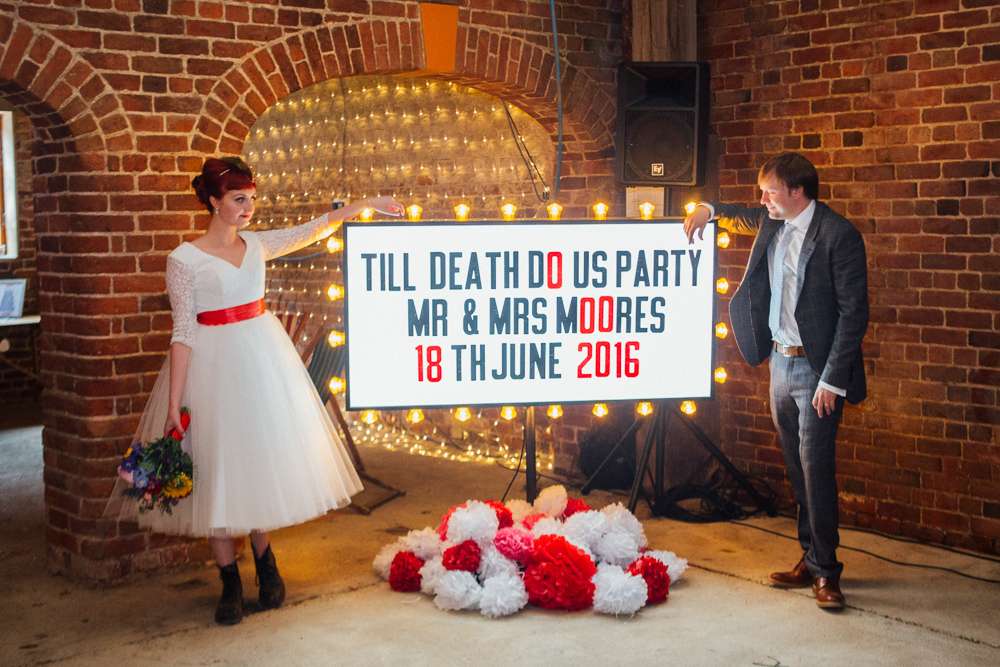 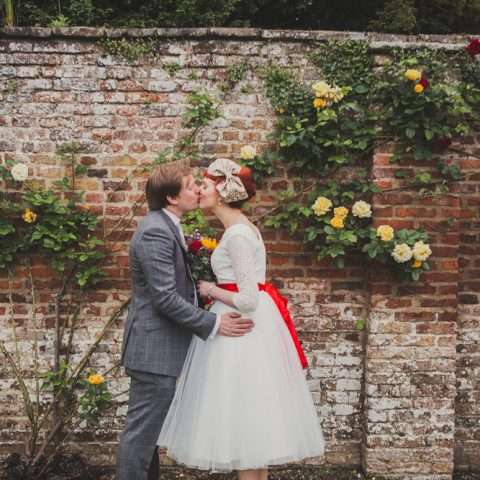 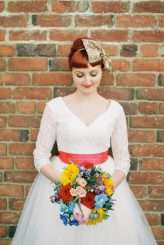 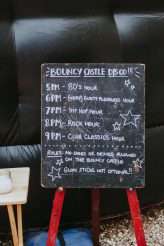 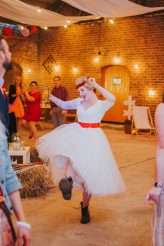