Hannah and Paddy’s Manchester Art Gallery wedding had a laid back, super cool vibe, one that perfectly reflected them and their relationship. The bride in particular, wanted to feel like herself on the day so she opted to wear a sharp white suit from The Kooples rather than a dress and she didn’t carry a bouquet.

“Our wedding was lush, relaxed, simple”, she said. “We had a lot of monochrome, but also a lot of greenery, which really complemented the gorgeous art work in the gallery. We wanted a pared-back and clean atmosphere, but that kept away from the clinical side of minimalist.” 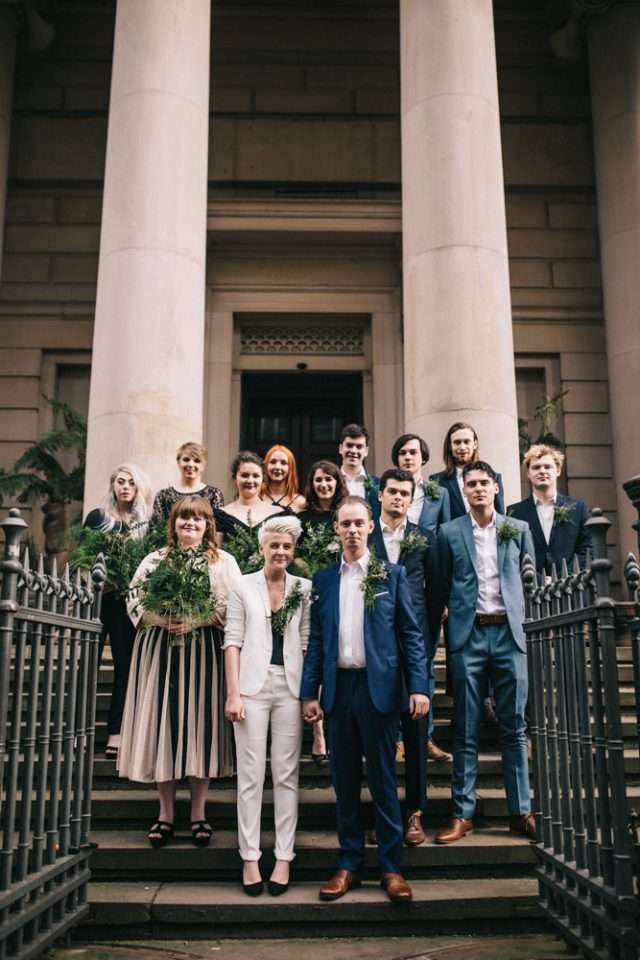 “We scattered eucalyptus on the tables and used as part of the name cards, so the room smelled amazing. All our tables were named after our favourite Manchester pubs and bars, so the Top Table was ‘Temple’, which is an amazing underground bar on Oxford Rd, and Paddy’s favourite place in the world. We hired in some extra lighting, so the stone walls of the gallery had a really warm orange glow as the night came in.” 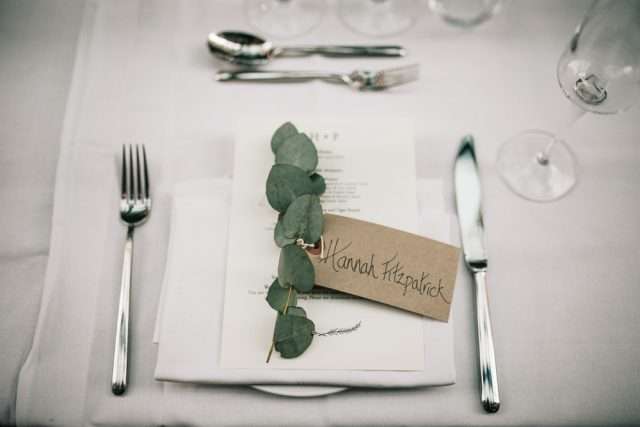 “I decided not to wear a dress, and we skipped out a lot of traditional things such as like traditional vows (we had a John Cooper Clarke reading instead), cutting the cake and me being given away”, she continued. “We got ready together, and had a few tequila shots before heading down the aisle arm in arm. Our ring ‘bear’, a teddy bear called Vera that Paddy bought for me, had her own tiny buttonhole to match the ushers. We also didn’t have any flowers at all.” 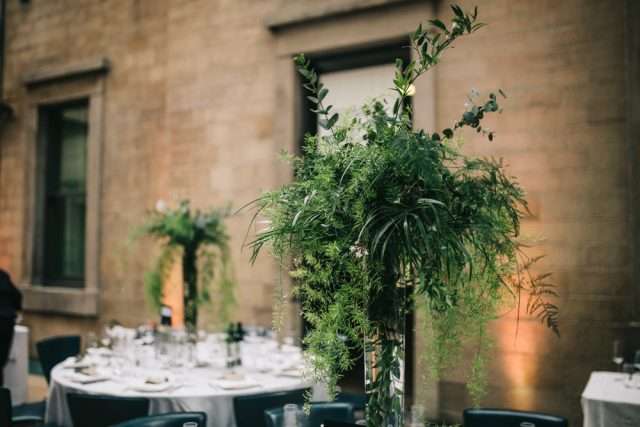 “All our ushers and bridesmaids/bridesman were asked to choose their own outfits, and it was great that we had a mixture of colours, styles, dresses and jumpsuits. Everyone looked so much more comfortable and happier than if we had insisted they all wore the same. We also skipped over all the Pinteresty, ‘wedding industry’ extras like favours, chalkboards, photo booths, little signs everywhere, etc. We did a joint speech too. Our meal was completely vegetarian, and consisted of a huge vegetarian feast with loads of sharing platters of salads, breads, cheese, falafel, oils, and roasted vegetables, and then Portuguese custard tarts for pudding,” 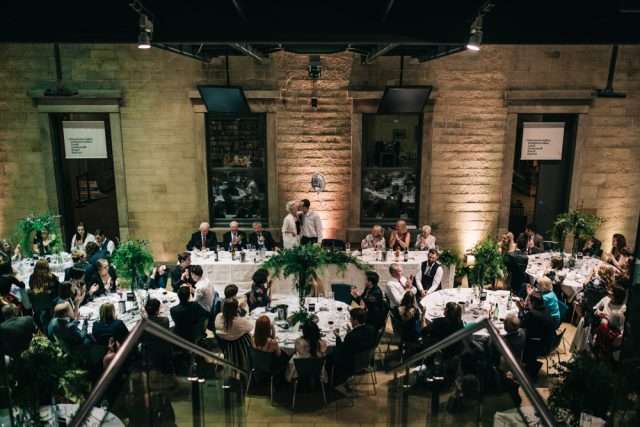 Apart from getting ready together, the couple’s favourite part of the day was their taking their pictures. “Because we got ready together, we decided to also have our couple portraits our photos BEFORE the ceremony to give us more time with our guests later on – which we would definitely recommend to other couples. We went off mid-photos to go to Temple, the bar after which we named our top table. When we suggested the idea to our photographer, Amy Faith, she literally jumped for joy! Andy, the bar man, gave us a free G&T and a Guinness in the middle of the day, which was so chilled and really nice to escape the chaos. Giving our free drink is also fairly unlike him, so it must have been a big deal!!” 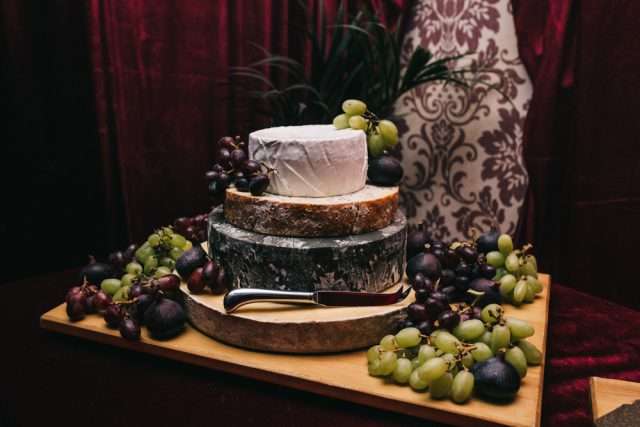 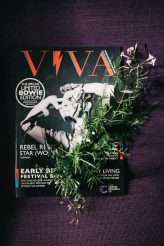 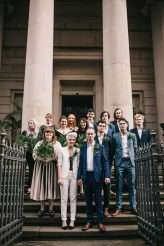 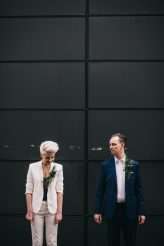 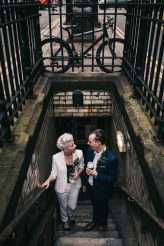 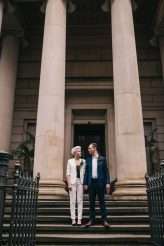 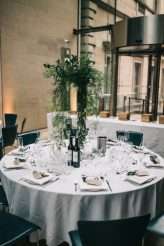 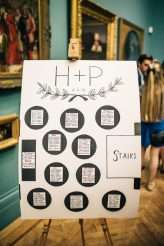 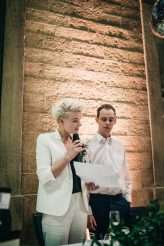