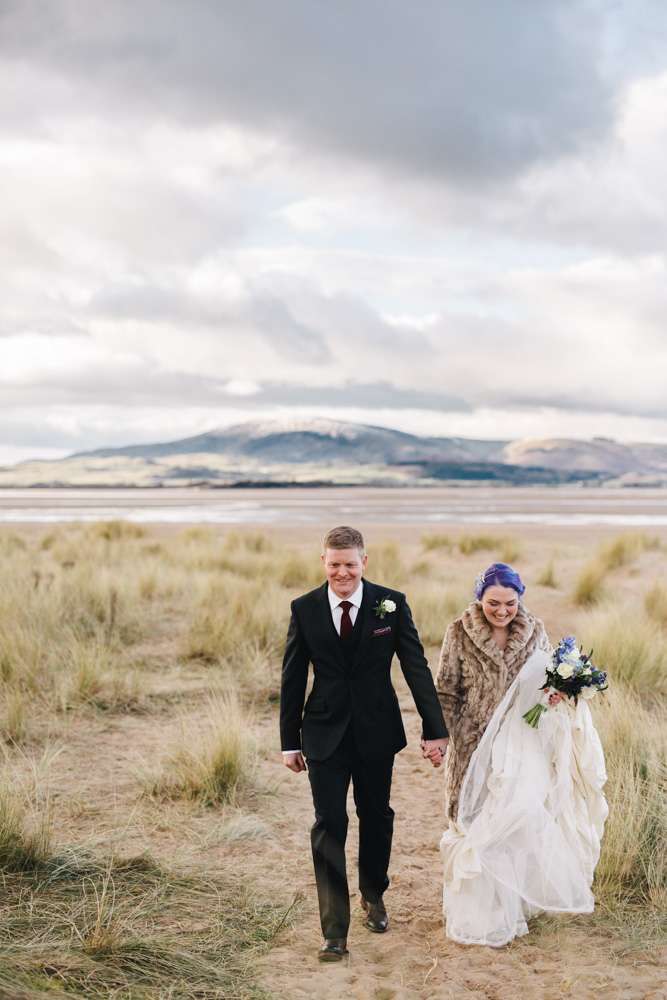 Jay and Rachael described their wedding as bookish and happy. They refused to get suckered in to following the standard wedding template and made sure the every detail was something that was special to them.

“The inspiration for our wedding was our life”, said the bride. “Our story is a bit different and we wanted that reflected in the day. We met 20 years ago, separated due to youthful emotion, pined for 14 years, reconnected and instantly fell back into insane love. I got cancer, recovered and fulfilled my dream to open a bookshop, hence the book theme of the wedding.” 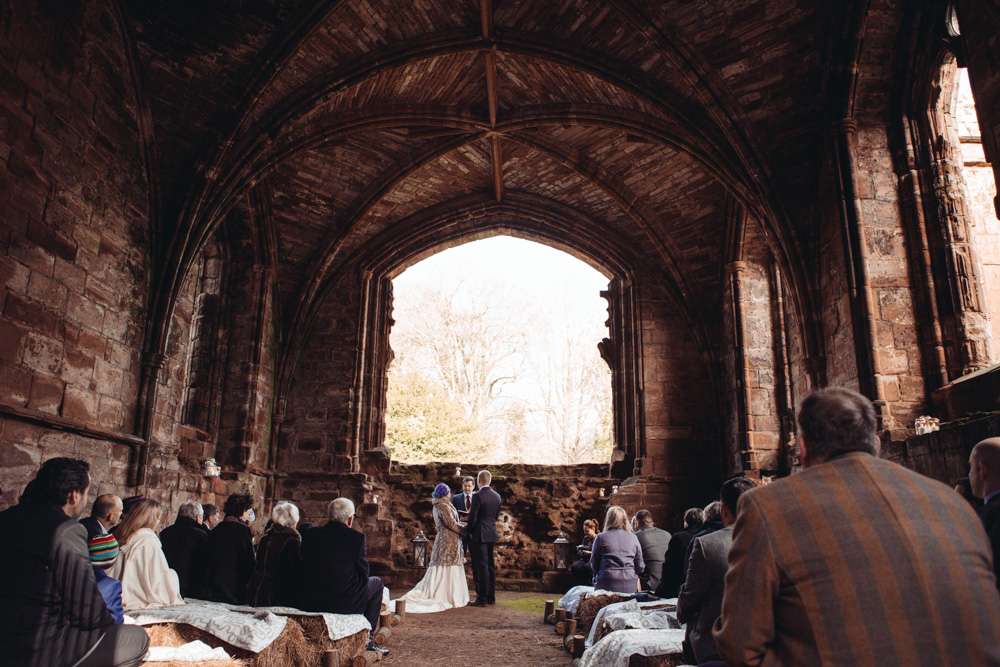 “The venue, the rings, the ceremony, the music – everything was chosen because it meant something to us. We wanted it to be completely special and representative of who we are. Furness Abbey, where we got married, isn’t a wedding venue so we begged English Heritage to give us permission to use it!” 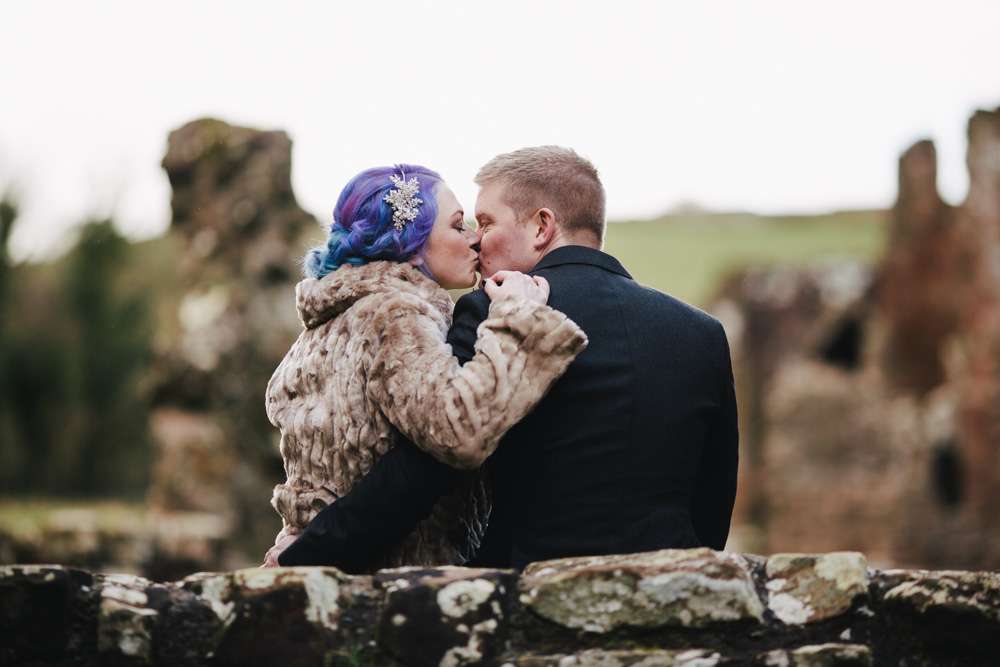 Almost everything was homemade too. “My shoes, the décor and the furnishings were all DIY. We also wrote the ceremony ourselves. I even got some tree trunks from some tree surgeons I saw working down by the Embankment in Bedford!” 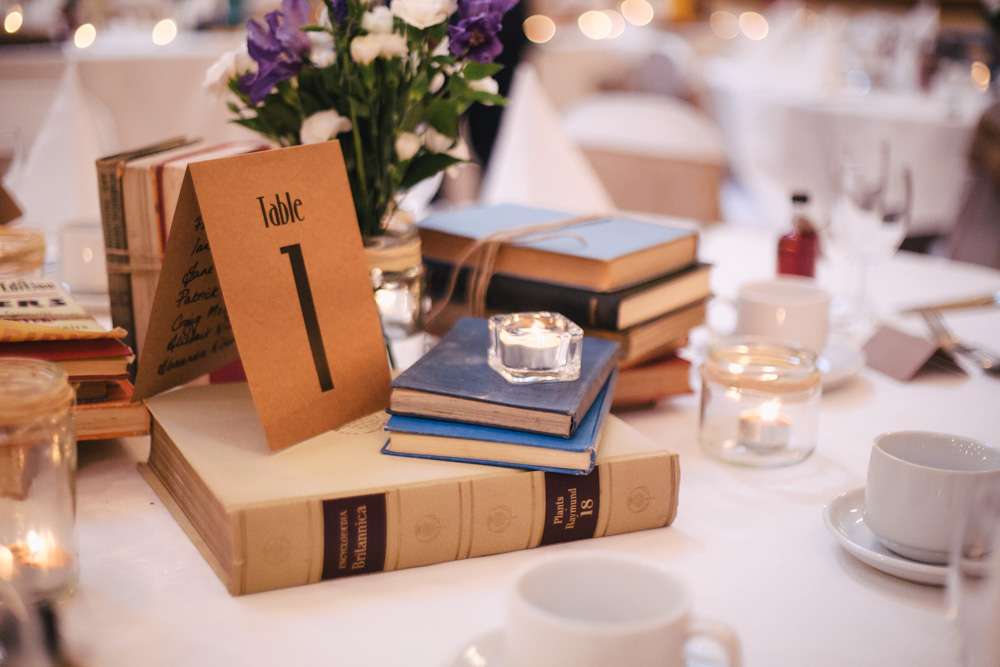 “The best bit of planning the wedding was making it special to us. We wanted it to be a really significant way of committing to each other and reflecting our life together. Also the way that so many friends came together to help us create all of the elements – it felt like a wedding where the whole community comes together and contributes bits and pieces to make it happen.” 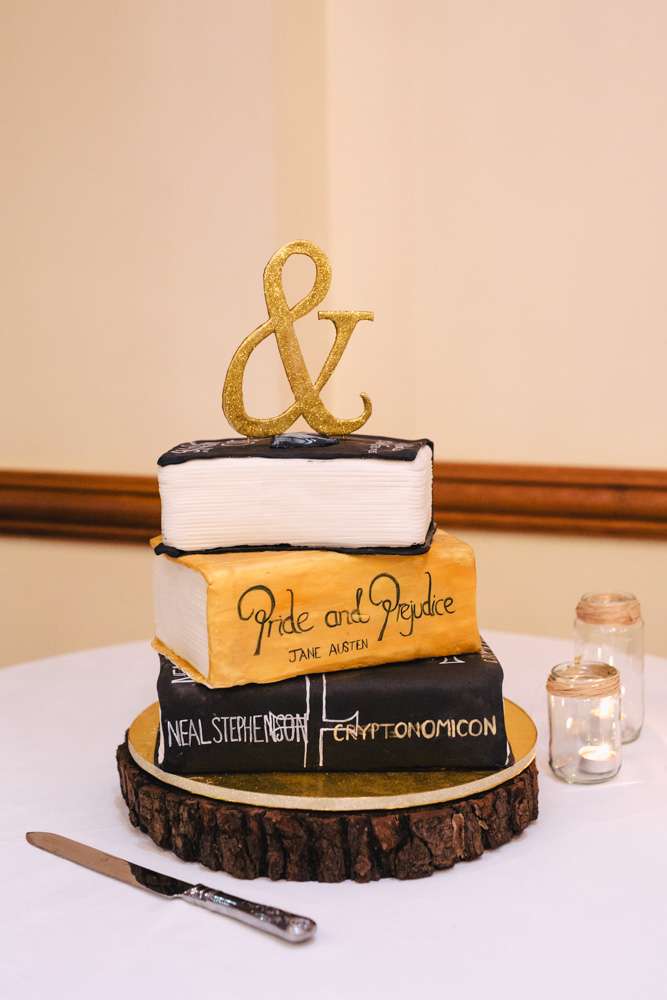 “We had friends help us with my shoes (after my dream favourite Irregular Choice shoes were out of stock, my kid’s yoga teacher painstakingly made me a pair with mod podge, glitter and bits and pieces from the local haberdashery!) and organising everything on the day. Every part of the day was lovely, but none of the ‘stuff’ mattered. It was the energy and love and support of everyone involved that made it a day of constant smiles and laughing. I could see elements of so many people in all of the bits of the day.” 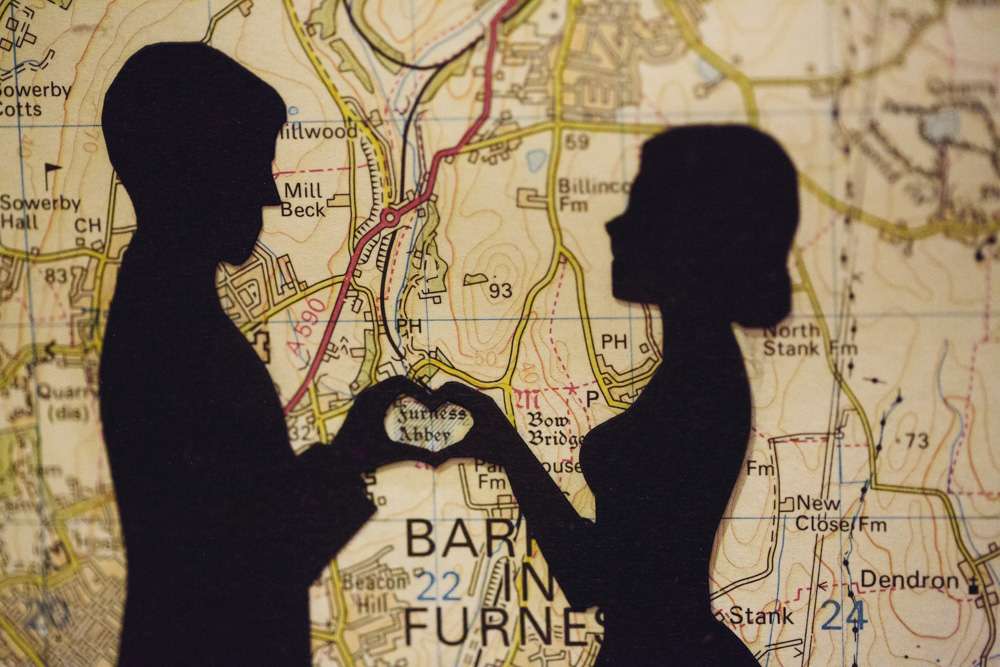 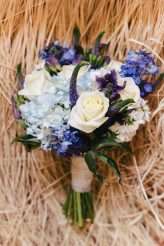 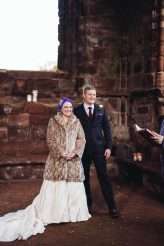 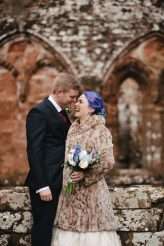 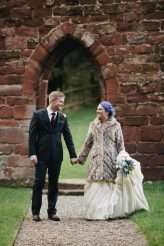 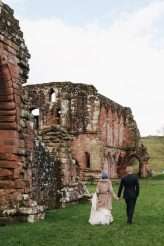 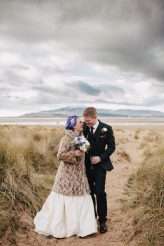 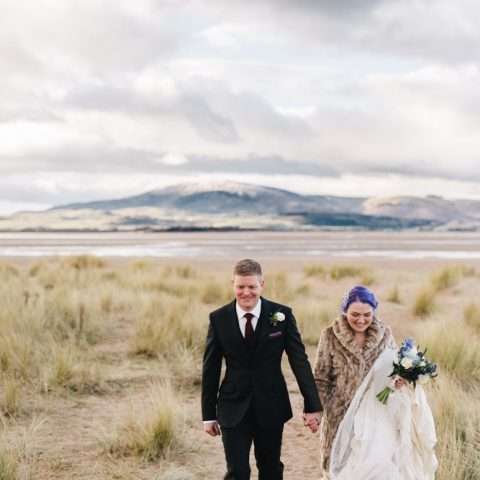 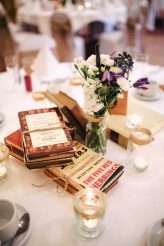 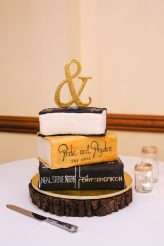 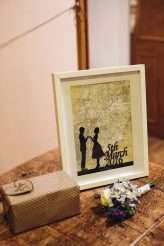 Angela and Richard were married at The Reading Rooms in Berkswell in May. The groom manages a hotel and sees expensive and impersonal weddings every week, so this couple certainly knew what they didn't want for their day. What they did want simply evolved from the things they love.