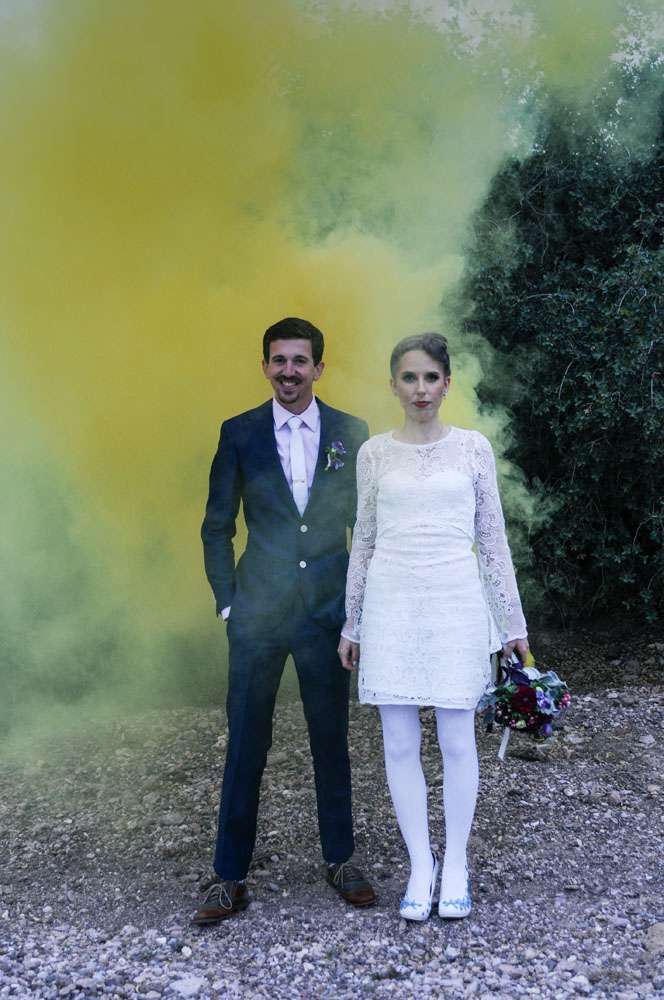 Anne-Marie and Patrick flew out to the Nevada desert for their elopement. They hired Victoria of Flora Pop to officiant their intimate ceremony. “I had been looking at weddings on Rock n Roll Bride for three years!”, said the bride, “So I knew I wanted something quirky and with kawaii style for our wedding. We wanted to keep things small and just for us – this definitely wasn’t the usual traditional wedding. It was just like we wanted. About two people in love, not about everyone else, just us.” 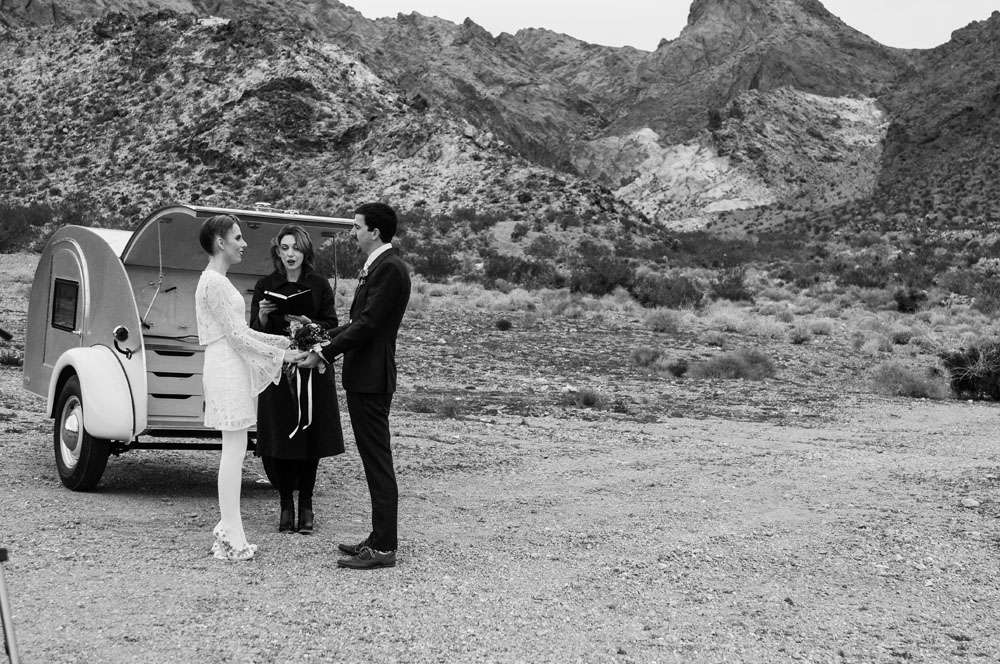 “We’d originally planned a big reception at home but planning it was not fun and it was looking like it was going to be very expensive. We had just booked our first holiday to The States two months before our original wedding date so we just decided that we would elope while we were there! It all had to be planned very quickly once we had flights booked. Once I found Flora Pop everything fell into place from there.” 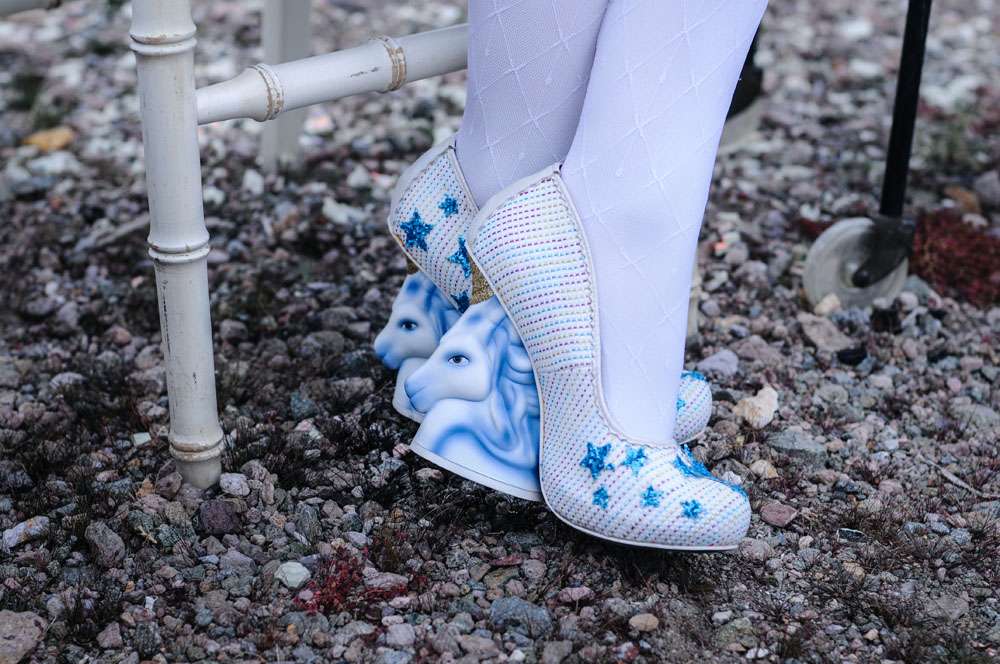 “Our biggest expense was our flights to from Australia to America however we saved on everything else. Pat wore retro cufflinks from his grandfather. My earrings were all mismatched gifts from family. My stockings were the same ones that my mother wore to her own wedding. Our accessories kept our family by our side.” 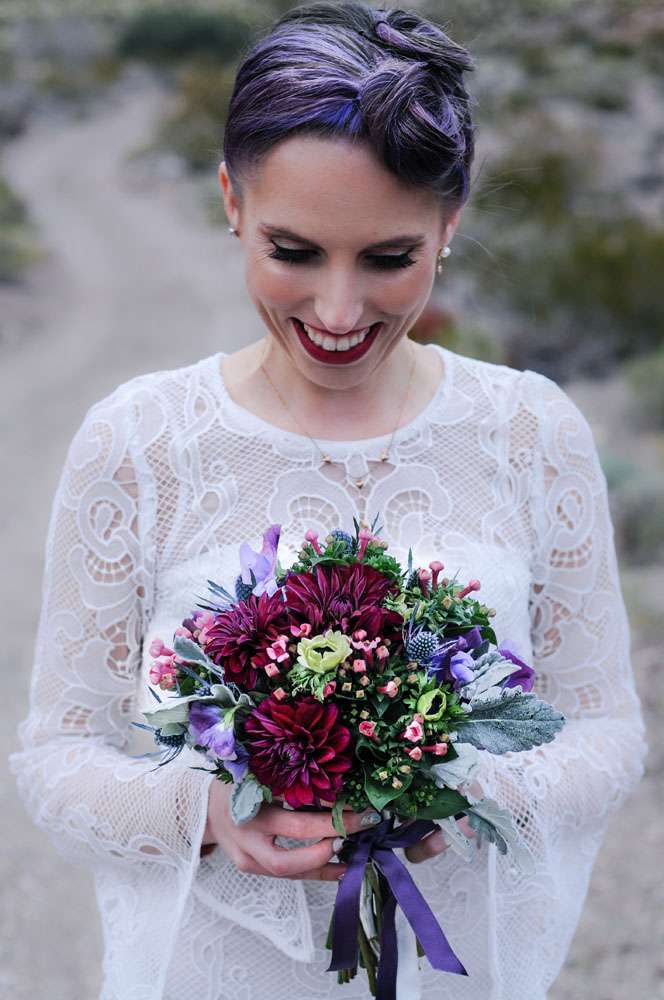 “I’ll be honest, I didn’t enjoy planning it AT ALL”, she concluded. “Planning a wedding is not my cup of tea. I wish I could have had someone else to do it for me, although I probably would’ve regretted that. We were very lucky to find suppliers to help us who were awesome, flexible and just beautiful people. Our photographer and celebrant made our day amazing and made us feel like we did have friends at our wedding. They were also brilliant with the advice about that to do. This was our first trip to America so we didn’t even know what our wedding would end up looking like. It was a beautiful surprise when we got there and again when we saw our photos.” 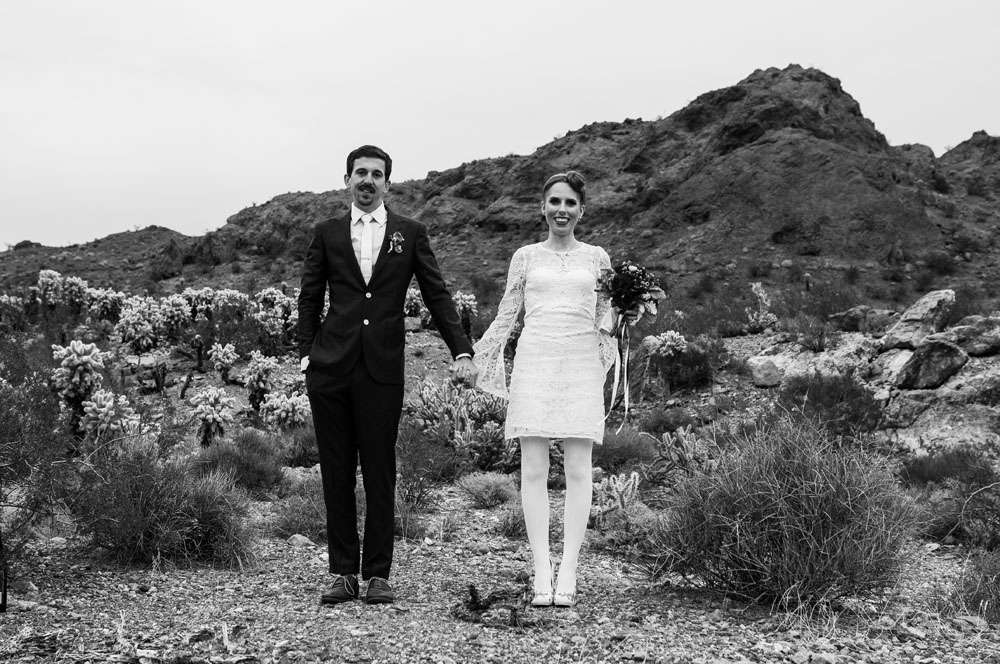 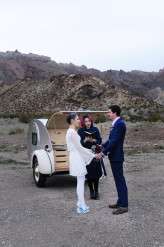 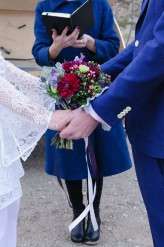 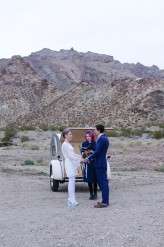 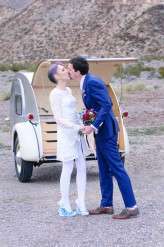 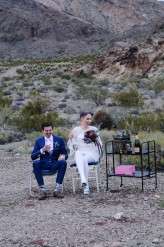 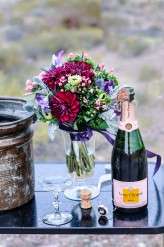 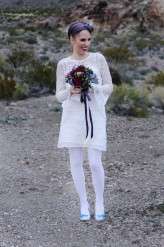 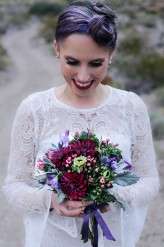 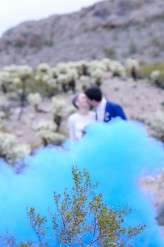 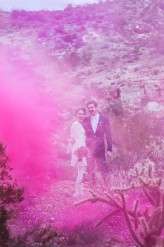 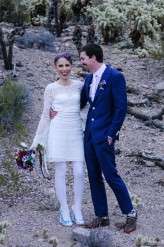 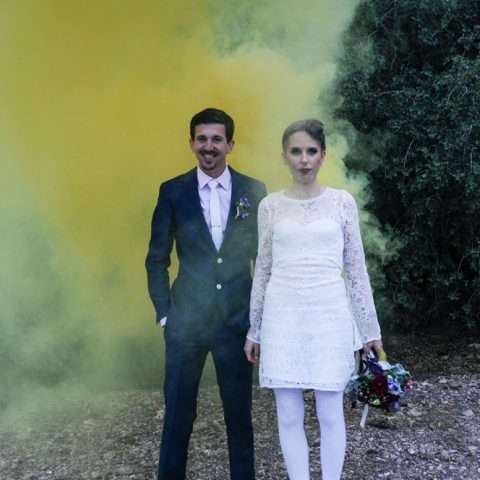 Sarah and Adam really just wanted to marry on their own terms, so an elopement it was! They flew from New Zealand to Vegas and on 16th April were married on the El Dorado Dry Lake Bed in Nevada. It was just the two of them plus their celebrant/ planner and photographer.

Ollie and Emma ran away to Vegas to be married. The British couple wanted to do things completely on their own terms so that meant no guests and no fancy formality. They had a party for their friends and family back in the UK when they returned.