Ollie and Emma ran away to Vegas to be married. The British couple wanted to do things completely on their own terms so that meant no guests and no fancy formality. They had a party for their friends and family back in the UK when they returned. 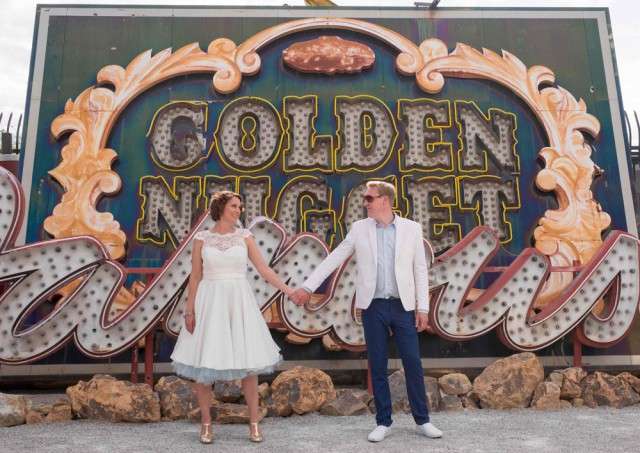 “We really wanted to escape and let off some steam after originally planning a very sensible wedding!”, the couple told me. “Vegas seemed the perfect playground and being free of guests meant we were able to do things exactly as we wanted. There was no pressure to please anyone other than ourselves.” 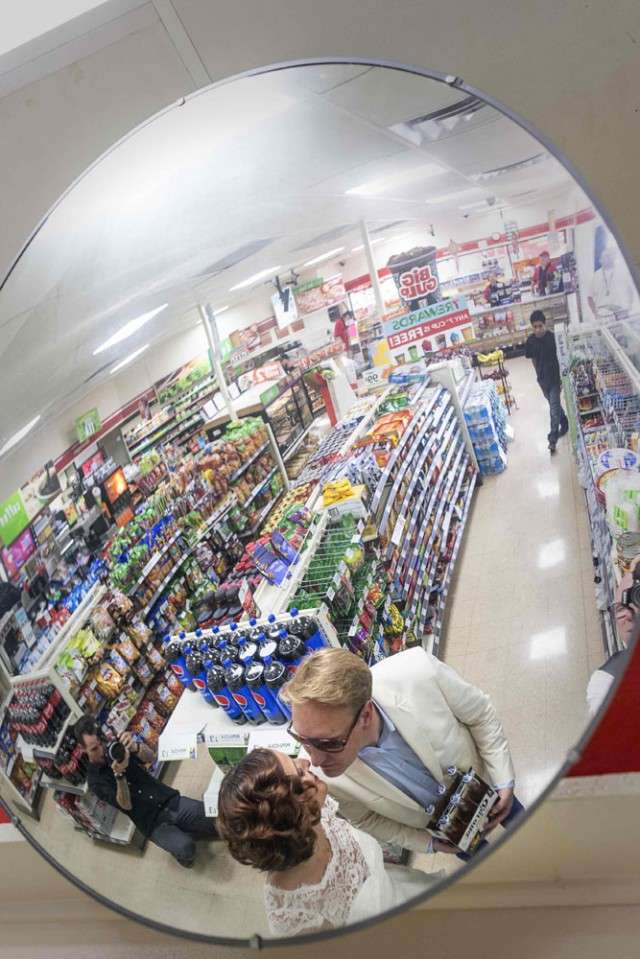 “We always knew we weren’t going to have the traditional Vegas experience and weren’t interested in buying into the luxury hotels on The Strip, preferring to stay at El Cortez, downtown which is the longest continually running hotel and casino in Vegas having opened in 1941. It has lots of vintage charm, plenty of mobility scooters and oxygen tanks! It was always intended to be a slightly offbeat, old skool, lo-fi kind of experience. The biggest dilemma of all was whether to get married by Elvis or Liberace!” 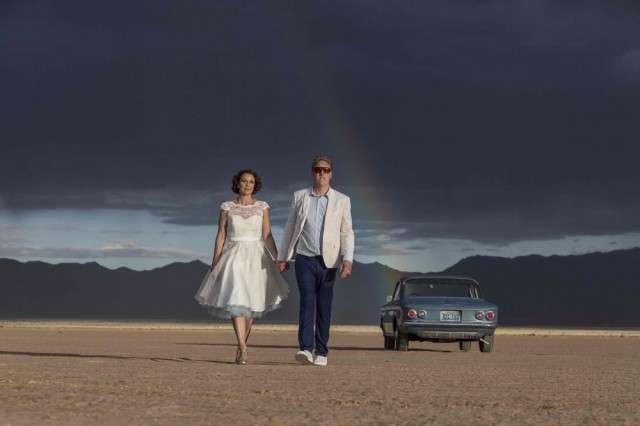 “We were inspired by both Grease and Breaking Bad (minus the meth!) for the wedding photos”, they continued. “Sweeping into a 7-11 on a booze run in the roughest part of town with photographers and videographer in tow was one of the highlights of the day. A total tourist no-go zone (if you want to escape with your money and your life!) the characters were all so surreal it seemed made-up – it was a real-life movie moment.” 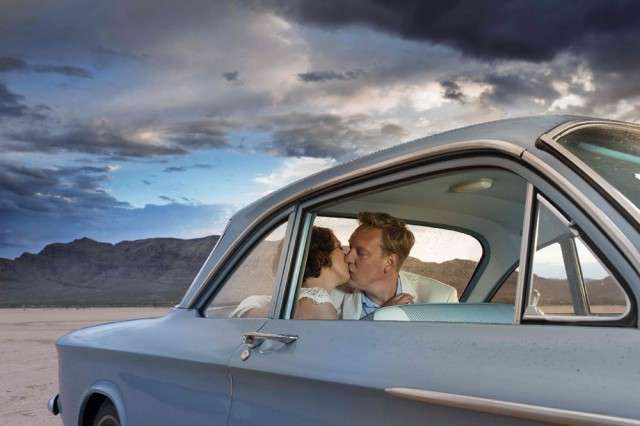 “The best bit of the day was when we went out to the desert for photos. It was lashing rain when we arrived with a fierce wind that whipped up the dust up around us. The storm then passed and there was an amazing rainbow, then sunshine and a spectacular sunset – all in the space of 90 minutes!” 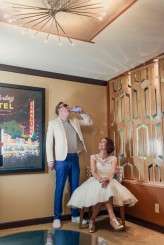 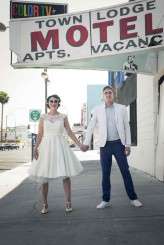 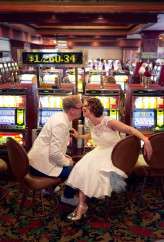 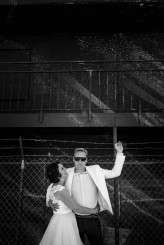 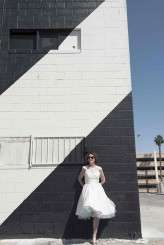 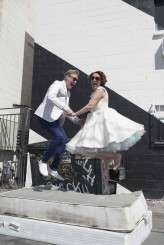 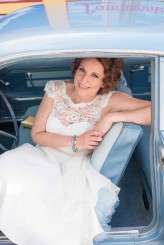 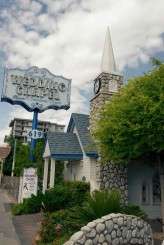 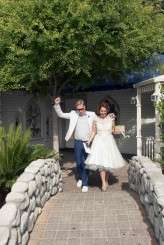 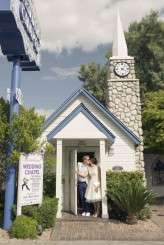 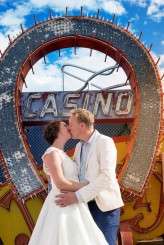 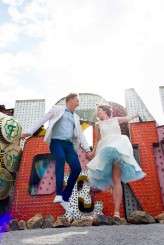 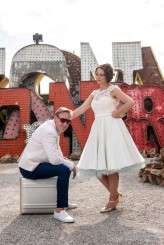 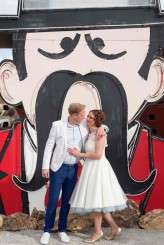 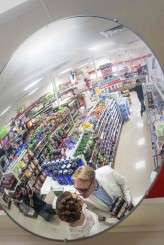 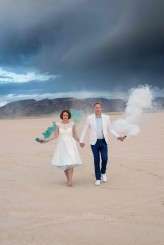 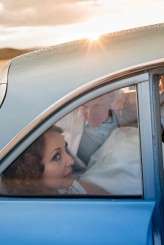 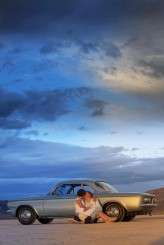