Tara-Lee and Jesse were married at the groom’s family home on Mt Tamborine, Australia. The day had a vintage circus/ carnival theme!

“Jesse and I are far from traditional people”, began the bride. “We like to do things totally left-field and wanted a day that people would be talking about for years to come that would also suit us perfectly. We wanted something fun, wild and not like the everyday type of weddings that people expect. We wanted a big party that we just so happened to get married at. 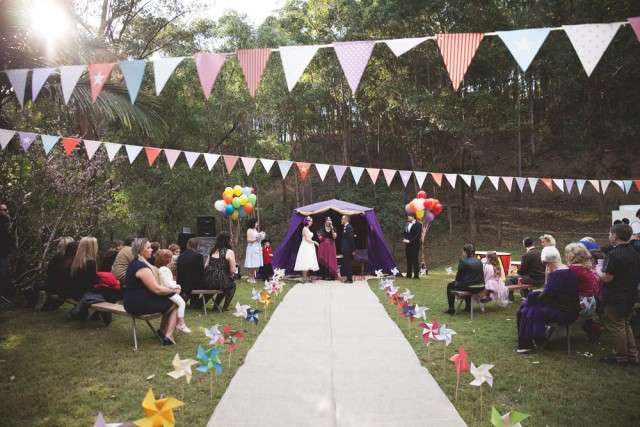 Their our officiant dressed up as a gypsy psychic for the ceremony and their 6 year old daughter was decked out head to toe as a Ring Master. Their baby daughter was even dressed as a lion! “The ceremony started with Lily standing up on a podium, calling everyone’s attention to ‘Roll up! Take your places because the bride is here!’ I walked down the aisle to City and Colour’s Northern Wind. My vows consisted of gaming references as a surprise to Jesse and his vows consisted of singing I Wanna Grow Old With You from The Wedding Singer, which was the best surprise and was funny because we’d actually joked about them being our wedding vows!” 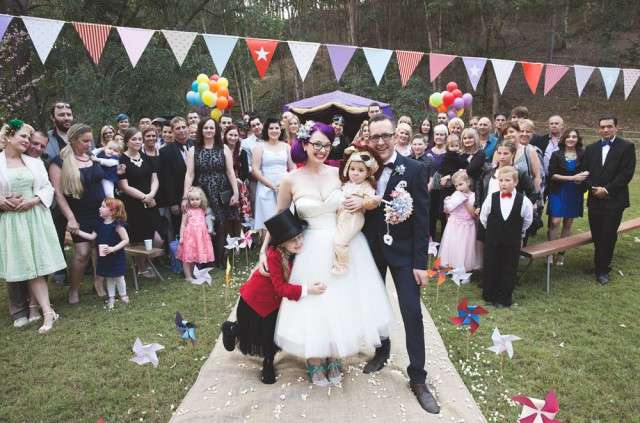 “Our celebrant was amazing and had written a custom ceremony, we had it like it was a circus show. She ‘predicted’ things about our past and future and did such an amazing job being in character. Jesse’s best man pretended to lose the wedding rings but all along they were hidden in our daughter’s top hat.”

Majority of the wedding was DIY. “Jesse is insanely creative and built all the props and signs. I made a crazy amount of pinwheels to line our aisle. We wanted everything to be one of a kind and unique.” 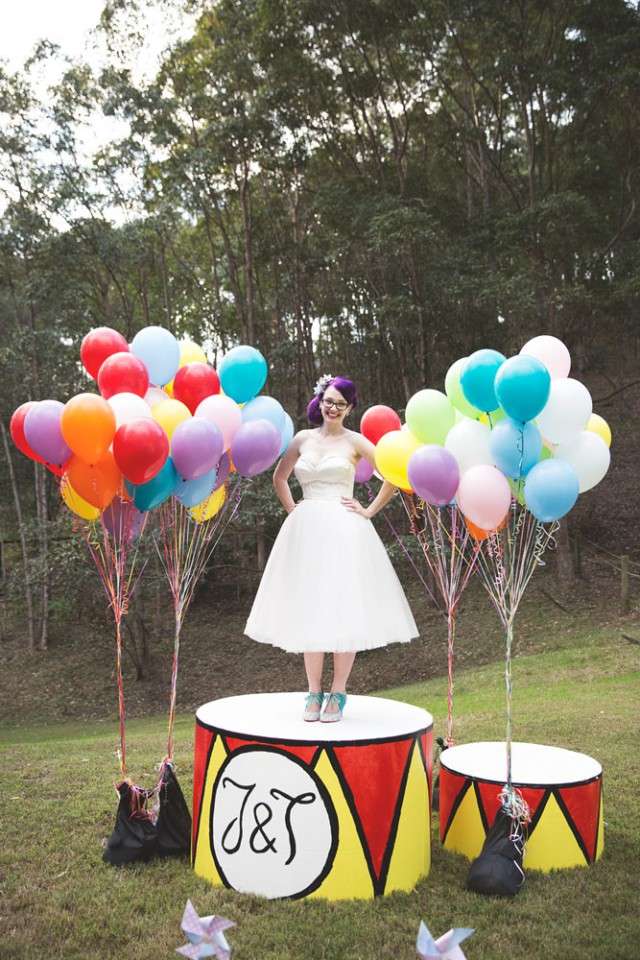 “The hardest thing about planning the wedding was sticking to budget. My dress was technically a ‘reception dress’ so we scored that for $500, and our whole wedding was at Jesse’s parents’ property so we didn’t have to pay for that which helped!” 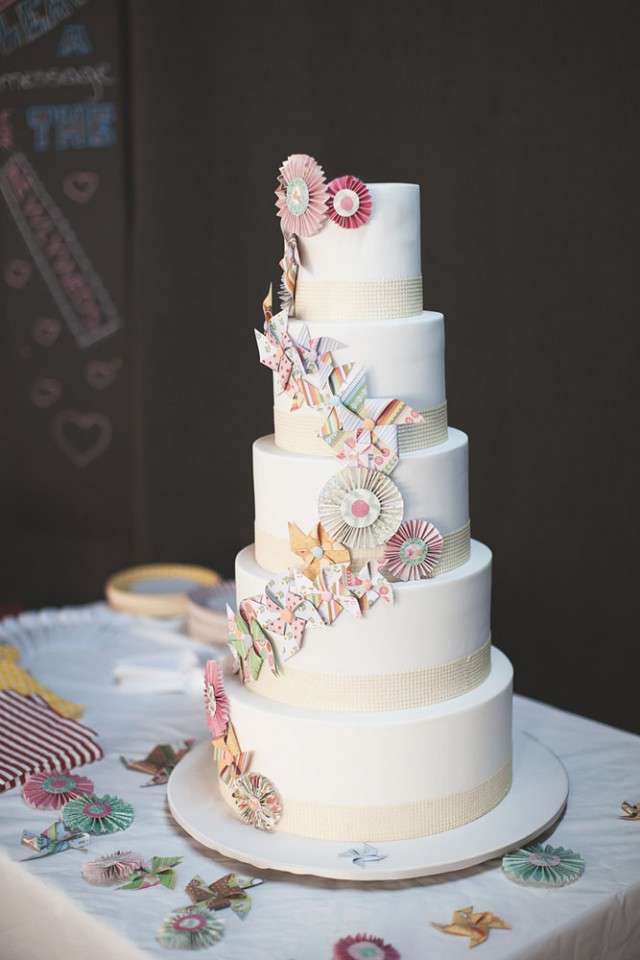 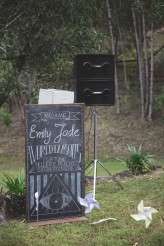 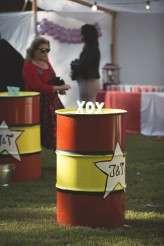 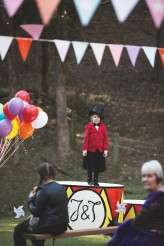 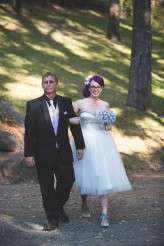 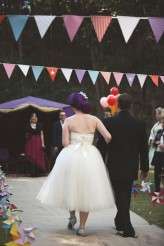 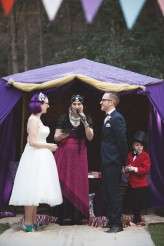 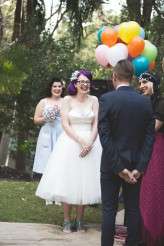 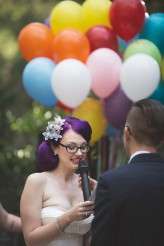 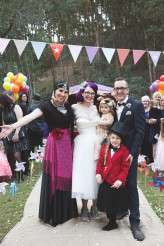 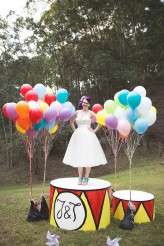 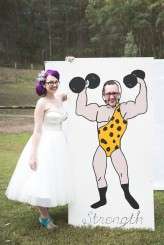 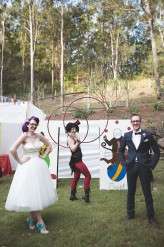 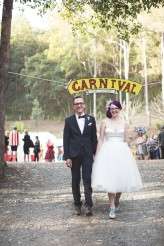 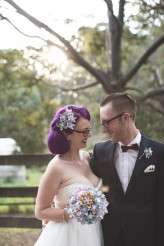 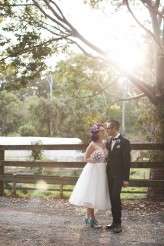 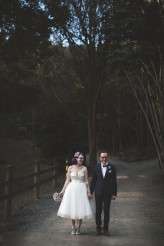 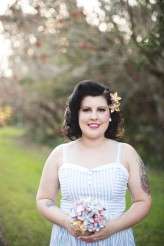 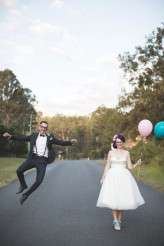 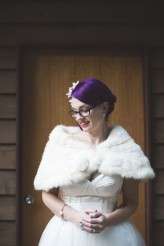 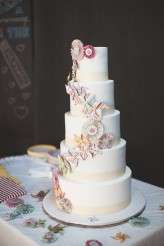 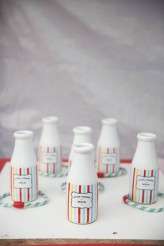 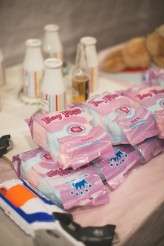 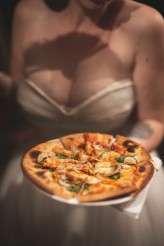 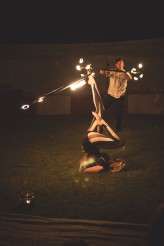 Something Wicked This Way Comes: A Dark Carnival Wedding

Mark and Lara were married on a ranch in Montana. They wanted their wedding to have a 'dark carnival' theme. "We both live in Los Angeles but I grew up in the Rocky Mountains of Montana", the bride explained. "We decided to have it in Montana not only to give have it in a place we both loved and connected with but so that our Los Angeles friends would have an opportunity to have a mountain adventure."

Carnival weddings always make me smile. Jenna & Tommy's wedding is no different. I thought I'd share another wedding with you that I did this summer. The bride's last name was Morrissey which made me instantly think of The Smiths (one of my most favorite bands ever). Jenna and Tommy were married in Providence, RI in Roger Williams Park. Their inspiration was that of a 1950's carnival complete with carousel, penny candy and popcorn. The bride stole away during the reception to change into a pink vintage dress to surprise her new husband. Their first dance? "There is a Light That Never Goes Out" by The Smiths. Perfectly sweet. Thanks to Olivia for sharing this and making me smile (again - she shoot the Married by a Moose wedding!)