Fran and Timo are from London but now live in Berlin, which is where they hosted their September wedding. The low key day had a budget of less than £6000 and they saved the most money bu avoiding anything “too weddingy”. 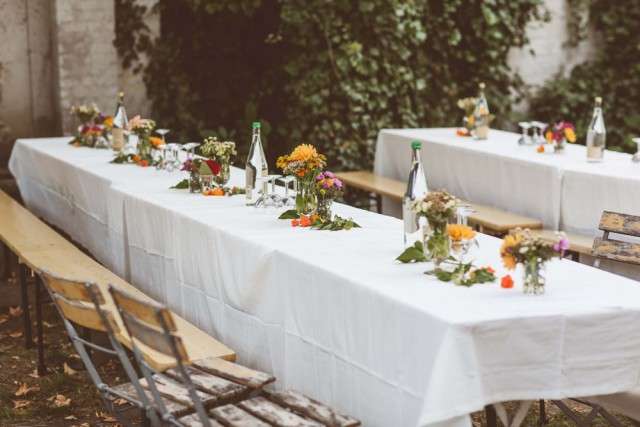 “We skipped having an officiant (it was Timo’s brother that shambled us through a ceremony), and we kept everything as simple and relaxed as possible”, the bride said. “The day started in a nearby park with cocktails made by Timo and one of his best men and then we stayed in the same venue until the end of the night. My hen do was at Fraülein Wild’s bakery, where we frosted our own wedding cake (it was so special for me to do it with my girlfriends!) and made about 100 mini cupcakes – rolling up the cost of the hen do with the wedding cake at the same time saved some money, and we had lots of tasters as we went!” 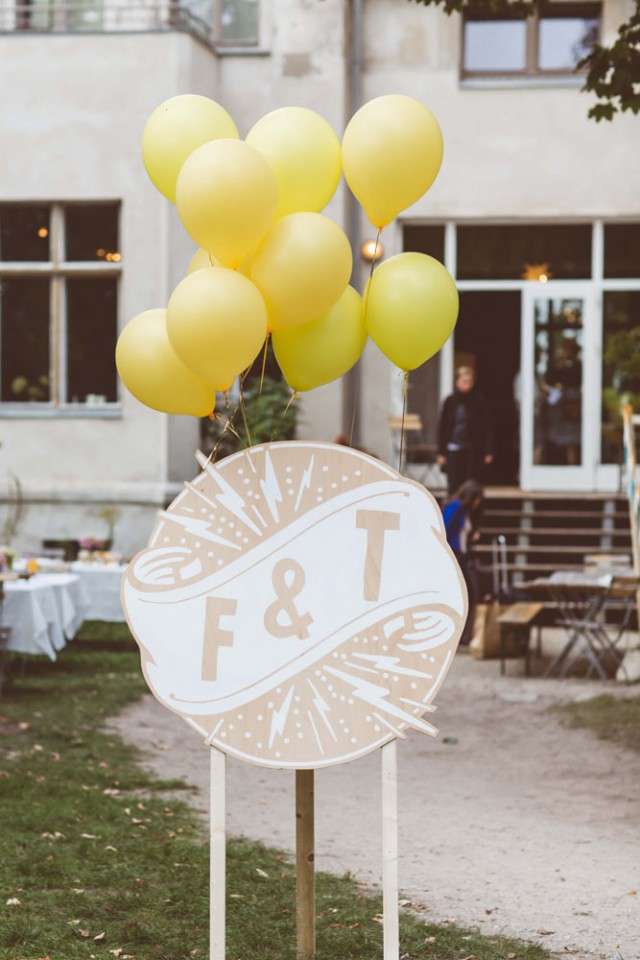 The wedding was held at Cafe Eden. “We sewed 40 metres worth of bunting for decor, with double-sided fabric. Then we stencilled them. To be fair, we did that for my twin-sister’s wedding, and then re-used it for ours. We will force our children to use that bunting, and our children’s children… Whether they like it or not! It was a labour of love, after all. As well as that we painted the sign for behind us at the ceremony, made the cocktails and baked cakes.” 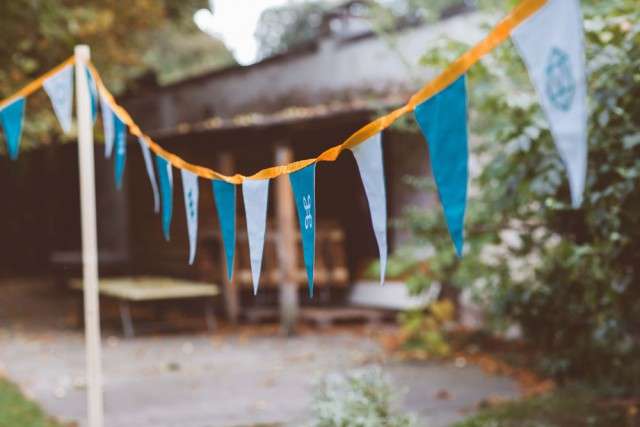 “The hardest part of wedding planning was wanted to have a nice party but not having a lot of money to throw at it”, she continued. “We had to be quite creative and put in the leg work. Finding a cheap venue that was decent was difficult – we got pretty lucky with Cafe Eden, as soon as we went there we both knew it was right for us.” 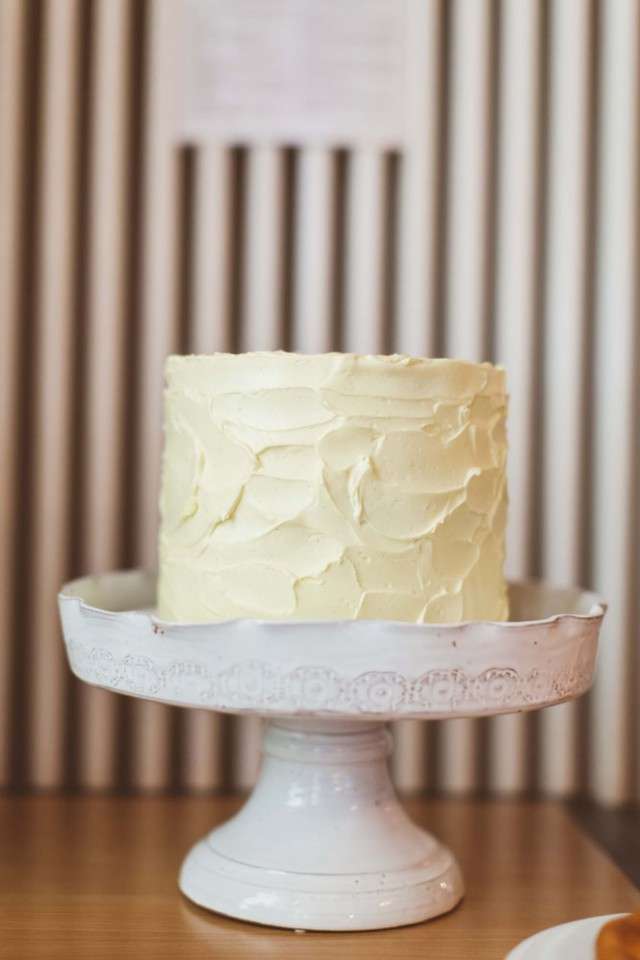 The bride was six month’s pregnant at the time so she knew she wanted to be comfortable, which meant a non-wedding wedding dress! “I wore a tulle skirt from Freeshion and vintage shoes. The only regret I have from the wedding is that we didn’t have a DJ. Being so pregnant I didn’t think I was really going to cut loose on the dance floor, but it would have been nice to have a professional who could respond to the crowd a little bit.” 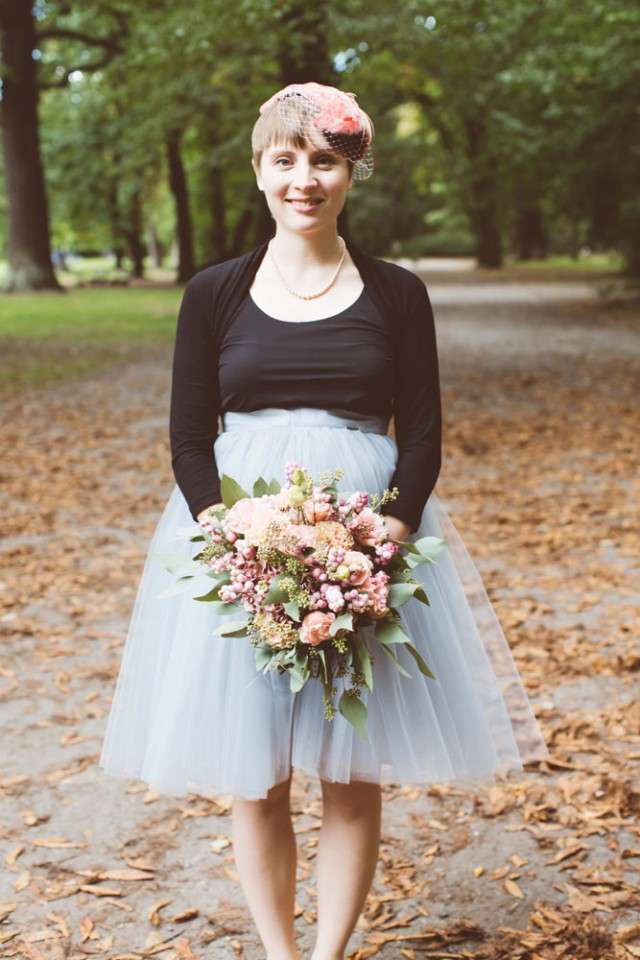 “Having all our friends and family in one place was the best part of the day”, she concluded. “Most people hadn’t met each other before, and we were a bit worried that people wouldn’t mix, but it was brilliant – a really nice super-friendly atmosphere.” 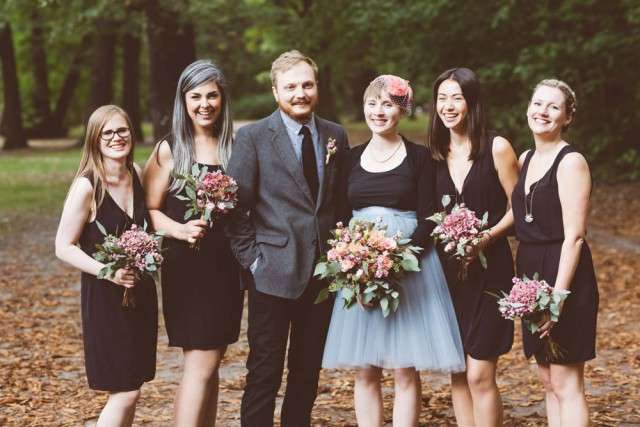 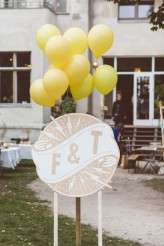 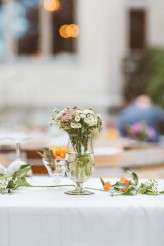 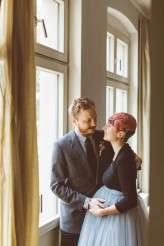 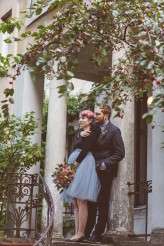 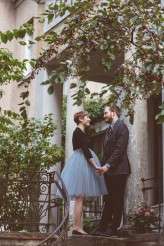 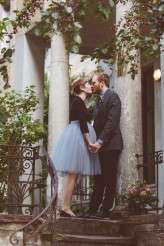 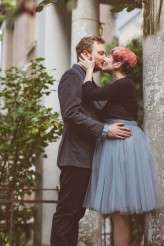 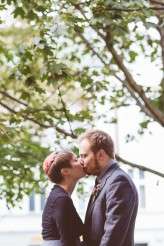 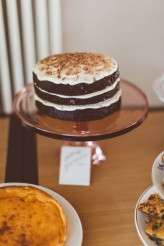 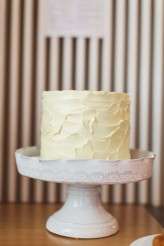 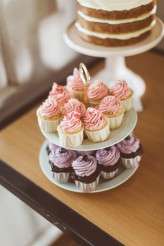 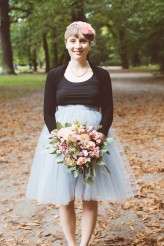 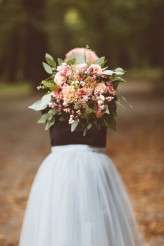 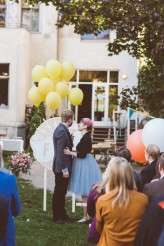 Rach and Dan didn't have a theme for their wedding, they just wanted it to celebrate their love of Scarborough. "We wanted to give our family and friends a good day out at the seaside and show them the highlights of the town", the bride said. "We had just 42 guests."

If the thought of being the centre of attention on your wedding day fills you with nervous dread, then let me open up a world of new possibilities for you. Cat and Paul did things to suit them - completely. Not being a girly, girl or ever wearing dresses, two weeks before the wedding the bride decided to go with what made her feel comfortable. That meant wearing jeans, and not doing a 'grand entrance'. She didn't walk down the aisle at all, in fact there was no aisle. She and Paul greeted their guests together as they arrived.