I am an ENORMOUS Back to the Future fan, so when I saw Yael and Magen’s wedding, which took place on October 21st 2015 (hands up if you know the significance of this date!) I was so excited to share it.

The Jewish wedding was held in Jerusalem. “Getting married in Jerusalem was a big deal for me”, began the bride. “Jerusalem is where I was born and grew up and where Magen and I first met and lived throughout most of our mutual lives together. Our dream was to marry in a basketball court in town (like in the prom from the film…), but it didn’t work out. We ended up getting married in a venue inside the University in which we both studied. That was cool.” 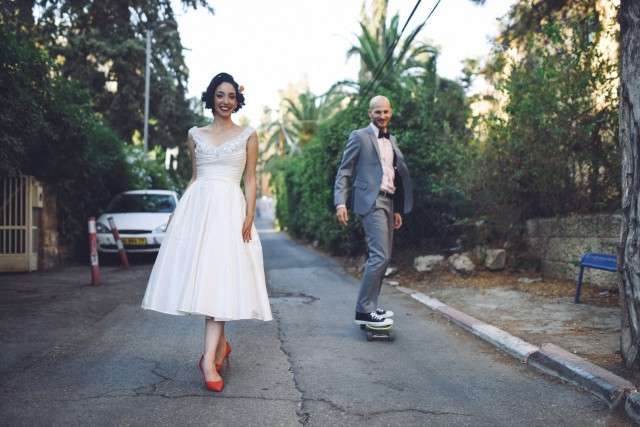 “Our wedding date wasn’t random”, she continued, “October 21st 2015 was celebrated around the world as ‘Back to the Future day’, the day in which Marty McFly arrives to the future in the most brilliant trilogy ever – Back to the Future. As huge fans of the film we knew a chance like this can only come once in a lifetime and did everything in our power to make it happen.
While others around the world partied that day mostly by watching the film, we were getting married in a Back to the Future themed wedding!” 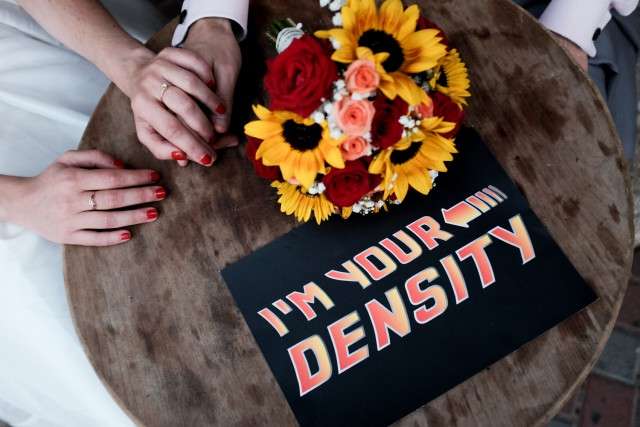 “Although the date of the wedding was taken from the second film, the inspiration for the wedding was actually the first film. We decided to recreate the prom in the first BTTF film – the ‘Enchantment Under the Sea’ dance. Our guests were asked to dress up for a fifties party (which they did!), the whole venue was designed to match the style of this period in the film and to add a personal touch, lots and lots of buntings decorated the place.” 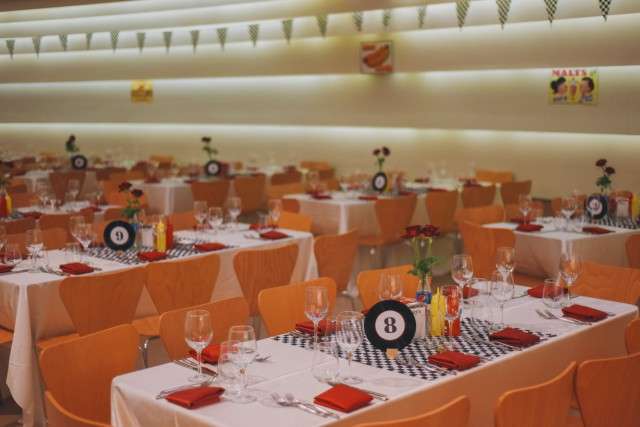 “We had three different decoration themes for different parts of the venue. We had a hall designed as a 50s diner (red sofas, old records, squeeze bottles of Ketchup and mustard and a dispenser for napkins on every table, accompanied by a bottle of Pepsi with a red rose), a garden for the ceremony, and a hall decorated exactly as the Enchantment Under the Sea Dance venue (minus the basketball hoops). We had ‘Save the clock tower’ fliers and a ‘Re0elect mayor Goldie Wilson’ poster hanged on the walls. The waiters were wearing suspenders and paper soda hats (we gave away some suspenders to the guests as well), and of course – we had an incredible band playing 50s songs including Johnny B Goode. Also, two friends of ours dressed up as Marty and Doc in the middle of the wedding. They were captured in some really funny photos!” 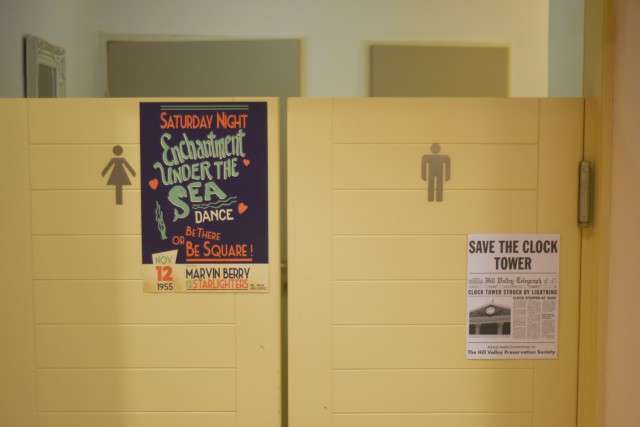 One of the highlights of the day was when the bride sang. “Right before the band finished the gig I took the microphone”, she explained. “A long time ago I asked Magen to find a song or a poem describing our relationship. Instead of using an Israeli poem, Magen beautifully translated I can’t help falling in love by Elvis for me. His translation to Hebrew was amazing and moving. In the wedding I read the translation and then sang the song with the band. It was an incredible moment for both of us.” 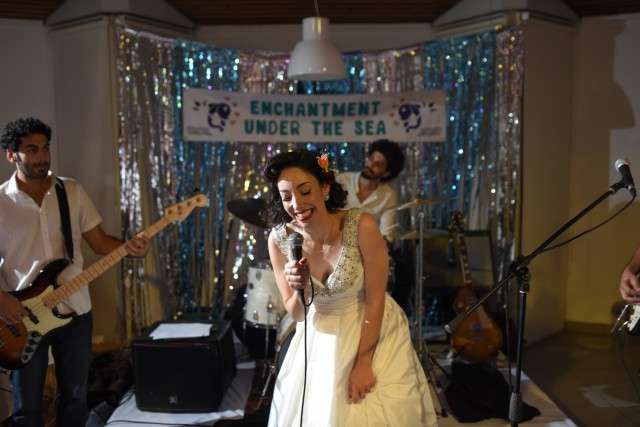 “The hardest part of wedding planned was that it was a destination wedding. We now live in London and the wedding took place in Jerusalem. Even though I know Jerusalem by heart still, not seeing even the venue beforehand was really stressful.”

“Our advice to future brides and grooms would be ‘Your future hasn’t been written yet, no one’s has. You future is whatever you make it. So make it a good one!'” 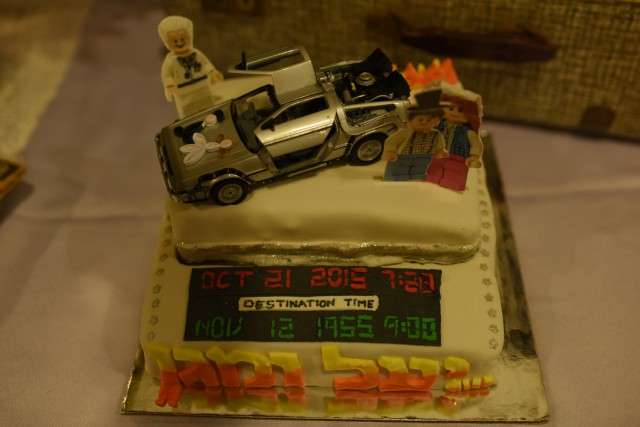 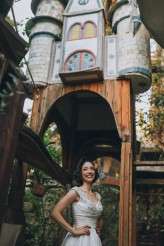 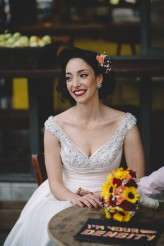