Any Back to the Future fan will know that October 21st, 2015 was a very special day. It’s the day that Doc and Marty went forward to in the second movie. As super-fans of the film, Sally and Jordan not only wanted to be married on this date, but they wanted their wedding to have a BTTF themed as well!

“We’re both massive fans of the film, and we always used to joke around saying if we ever got married that we’d get married on October 21st, 2015 and have a Back to the Future wedding”, said the bride. “So when Jordan proposed, it was automatically decided that it’s what we would do!” 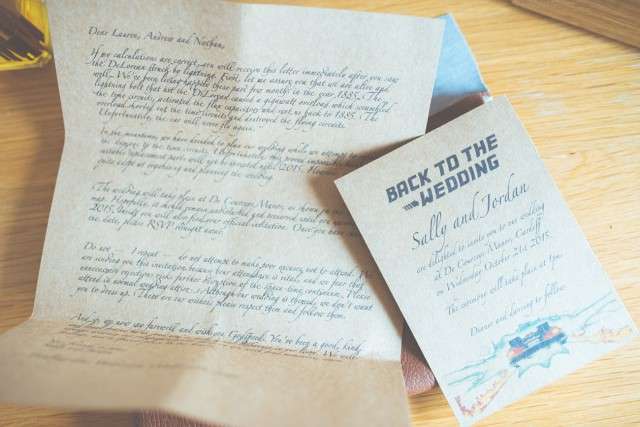 They had it all – a Delorean, a ‘Welcome to Hill Valley’ sign, a chalkboard table plan, and so much more! “Of course we had to have a Delorean, and the night ended with a band called Outatime playing! I walked down the aisle to a recording of the main theme tune played on string quartet.
When signing the register, Huey Lewis, Power of Love was playing.” 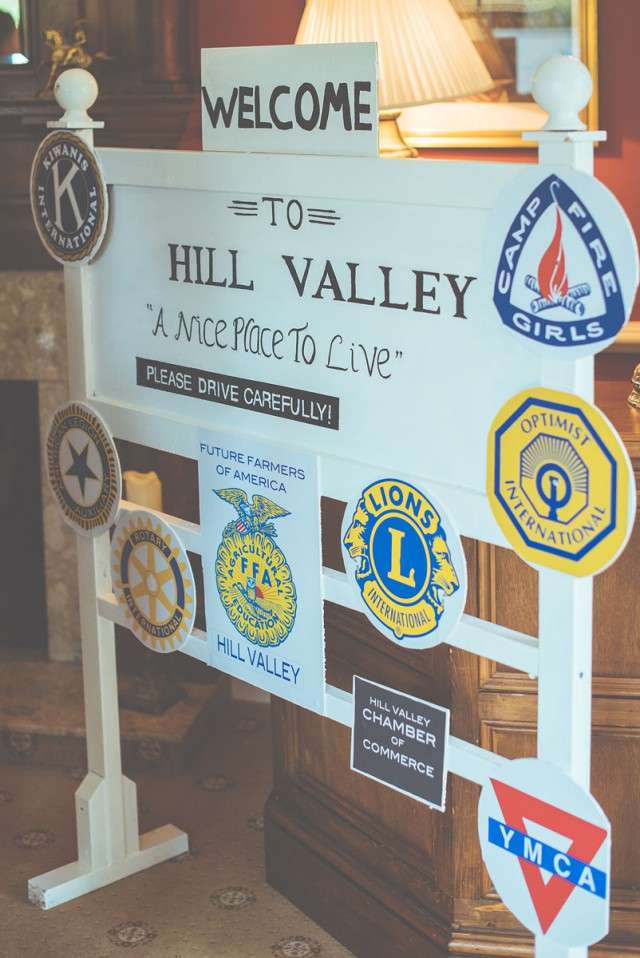 “One of my favourite moments of the ceremony was that unbeknownst to me, Jordan had spoken to the registrar prior to the ceremony and arranged a little surprise. So before leaving, the registrar wished us all the best and ended with, ‘Your future hasn’t been written yet, nobodies has. Your future is whatever you make it, so make it a good one’. That’s a Doc Brown quote from the final film – very apt! We then walked out of the ceremony room to Back In Time also by Huey Lewis.” 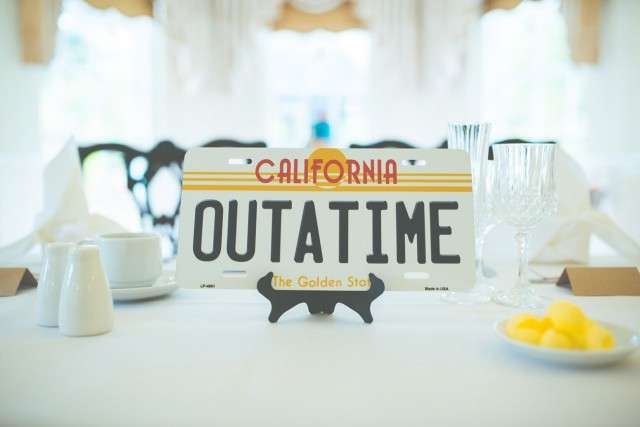 “Our first dance was Earth Angel, which went straight in to Johnny B Goode. The lead singer of the band even quoted Marty between the songs. He also played the same make and model of guitar that was used in the film!” 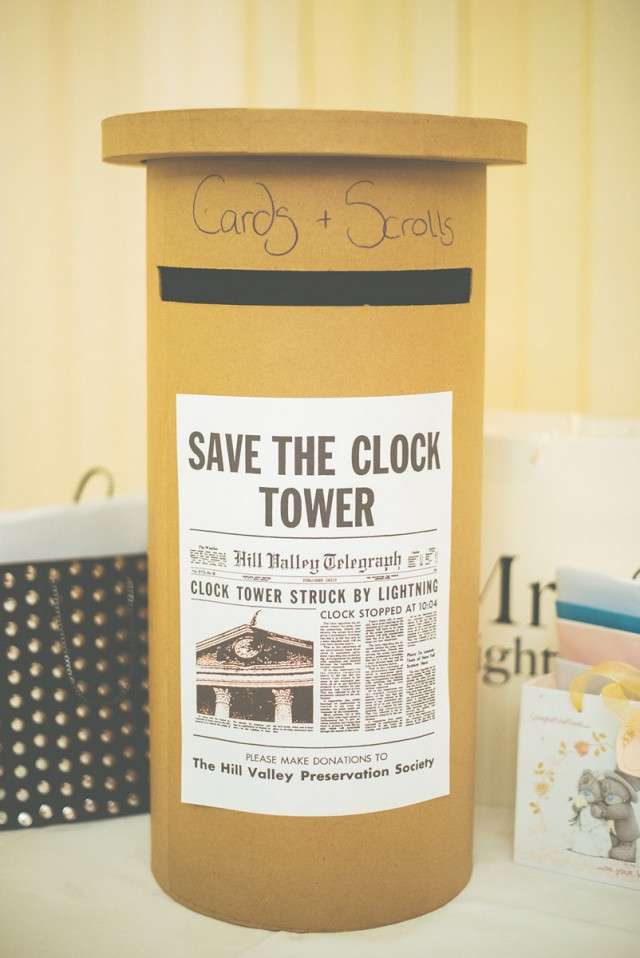 “In terms of projects, my dad built the Hill Valley sign and we made the invitations”, she continued. “The main invites were Doc Brown’s letter to Marty at the end of the second film, adapted to the wedding. We even made the leatherette envelopes. Jordan designed the evening invites based on the Enchantment Under the Sea Dance poster.” 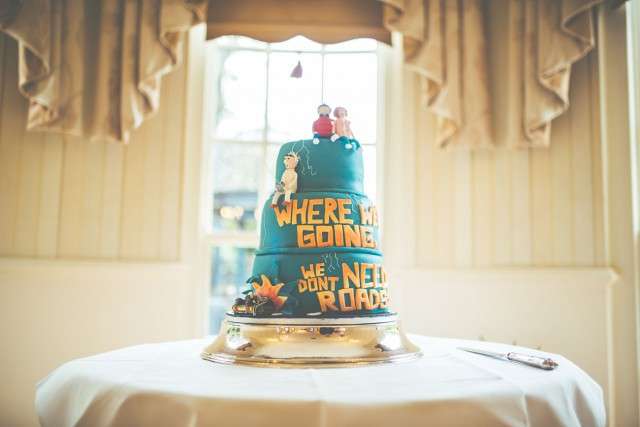 “The best thing about planning our wedding was that we got to be creative,” she concluded. “We also got to watch Back to the Future a lot to get ideas!” 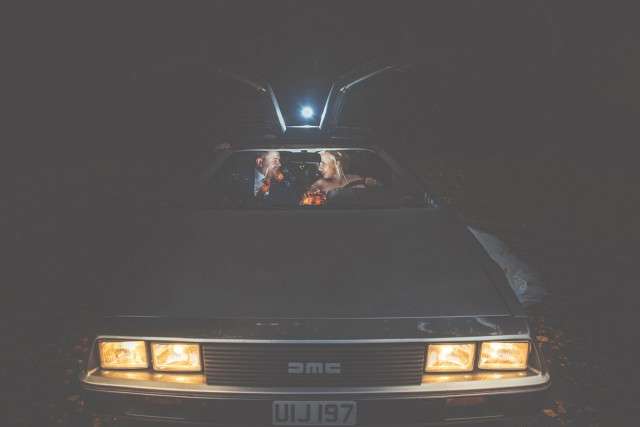 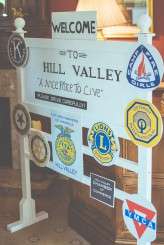 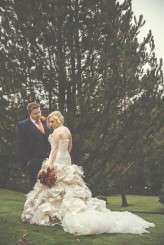 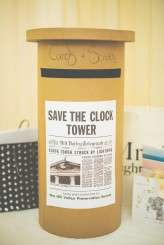