Susan and Patrick were inspired by all the things they love for their wedding. So that meant the day was themed around vintage fashion, vinyl records, Elvis, and bright colours.

“Our wedding planning philosophy was simple: Is it fun and does it make us happy?” said the bride. “The songs we played, the food we served, the vows we wrote, and venue we chose all reflected things that made us happy. We cut out anything that seemed too hard to implement or was otherwise a distraction, like a bridal party, a grand entrance and exit, and a sit down dinner. Instead we added things that seemed fun such as our technicolour wedding arch, my accessories, my husband’s gold lame suit, a  temporary tattoo station, and a ukulele performance where my husband and I sang for our guests!” 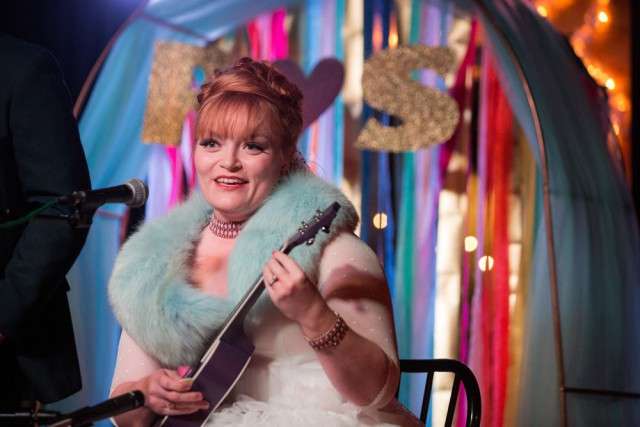 The wedding was held at Bottom of the Hill, a concert venue in San Francisco. “The entire event occurred at a cool rock music venue where Patrick and I have seen a lot of shows together. And, since a traditional guestbook didn’t seem like much fun, we decided to have a ‘guest-guitar’ which fit perfectly with this! We bought a cheap white guitar and a bunch of multi-coloured markers, and invited all our guests to write us a message on it.  People loved it, and now we have a guitar that represents the love of all our friends and family to hang on the wall.” 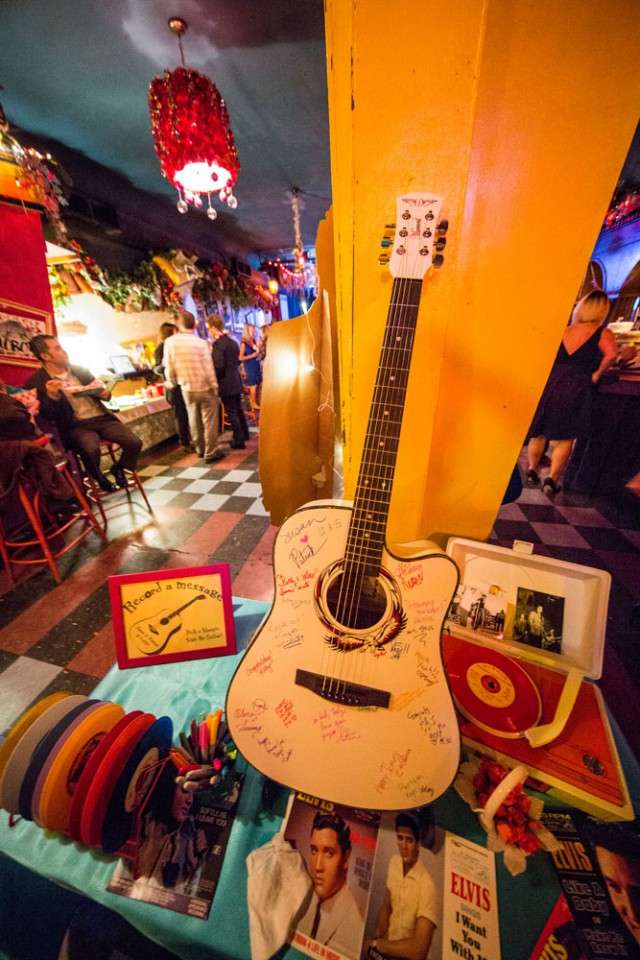 “We did a lot of DIY, in part to save money, but also because we wanted the  wedding to really reflect us as a couple and our theme.  I designed the invitations to look like a concert poster, and then we had some enlarged to decorate the walls of our venue.  We also bought a large ceremony arch, painted it gold, and decorated it with rainbow streamers.  We thrifted a lot of decorative touches.  I think our favourite DIY touch was the temporary tattoo station.  We bought hundreds of different types of tattoos, and I organised them into a catalogue for people to choose from.  Our guests (of all ages) had a lot of fun putting on the tattoos and taking selfies.” 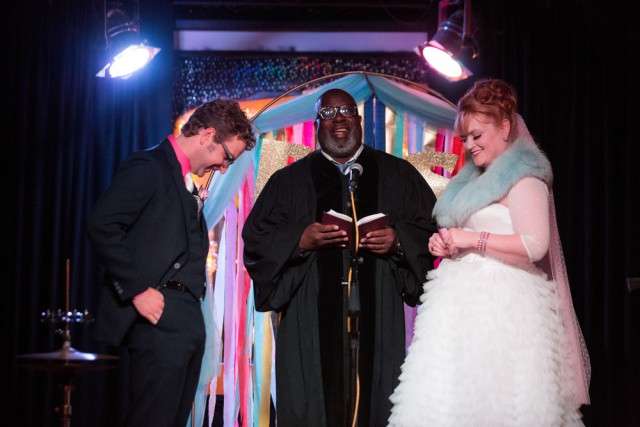 “One of the funniest/ weirdest moments of the day was that we had a wedding crasher!” Susan said. “She even helped herself to several huge plates of our food.  Then, she came up to me and introduced herself.  She told me that she was crashing our wedding because she had met her husband at Bottom of the Hill.  Before leaving, she presented me with a gift, which was a comically oversized nail file in a velvet pouch.” 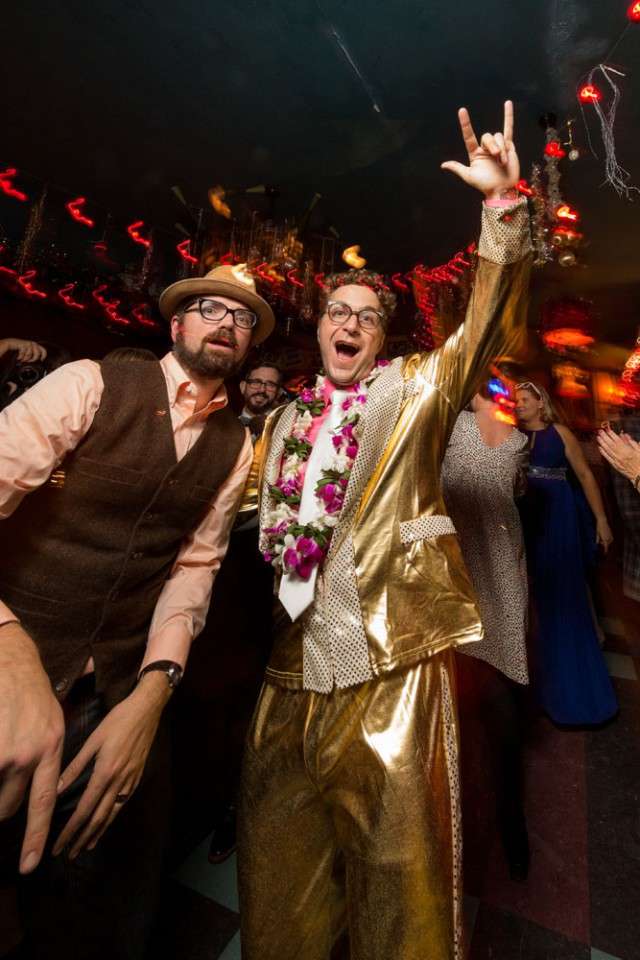 “My advice to other couples would be to set your budget, then expect to add at least 20% for a more realistic budget!” Susan concluded. “We also chose to have our wedding on a week night which saved a lot of money.” 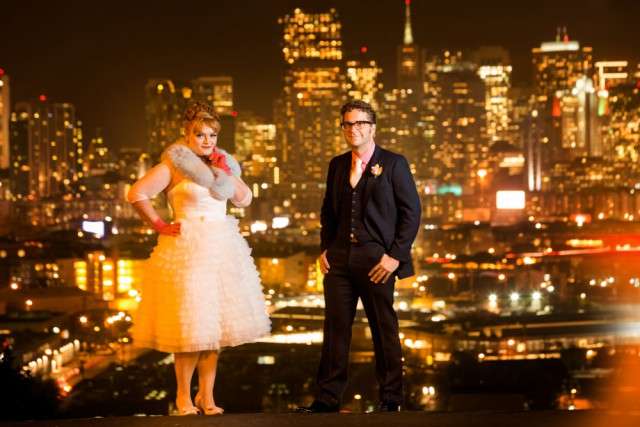 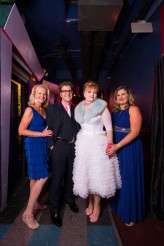 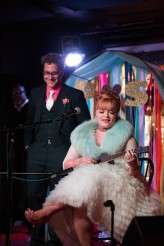 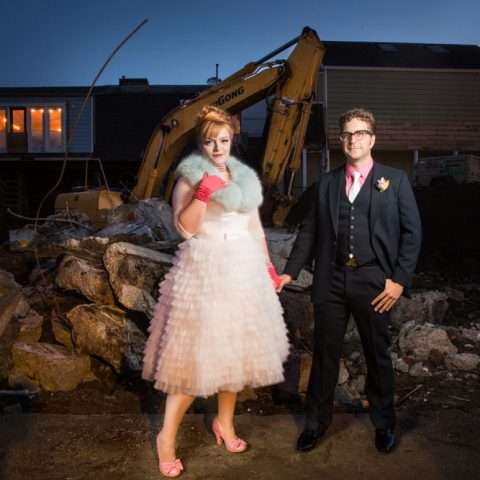 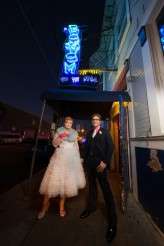 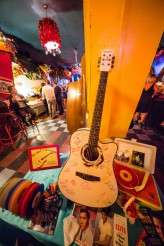 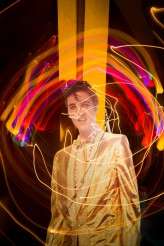 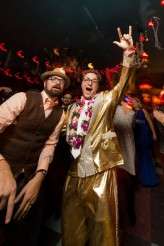