You’ve probably seen glitter beards before, but have you ever seen a real life groom rocking one!? Gotta love a man that’ll sparkle himself up as all in the name of his wedding! Dani and Galen’s celebration wasn’t an ordinary wedding though, they had two ceremonies! 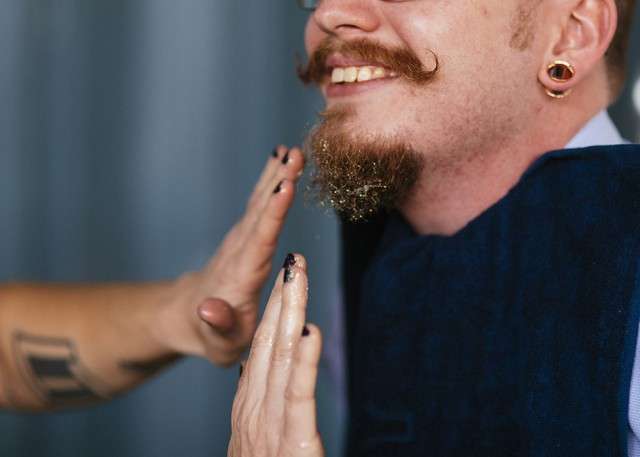 “Our wedding was split into three events (reception and two ceremonies in the same day)”, began the bride. “Our wedding planners were Maggie and Steven from The Pop! Wed Co. who are a team of wedding photographers, officiants, and planners that creating the most awesome tiny weddings in Washington, DC.” 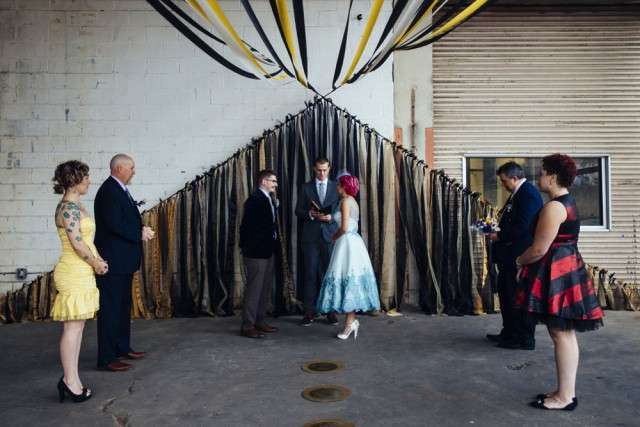 “They handled everything and having them doing our wedding was amazing. The ceremony was held in Union Market, it was like Dallas Texas meets Virginia. It was a vintage Industrial that had rustic flares to it. It was like being in two places at once. I absolutely LOVED it!”

“The day had lots of different inspirations – vintage, industrial, New Year’s Eve, GLITERTASTIC fairies and Star Wars. They both were all different and random but they show a lot about us as a couple and how much fun we like to have.” 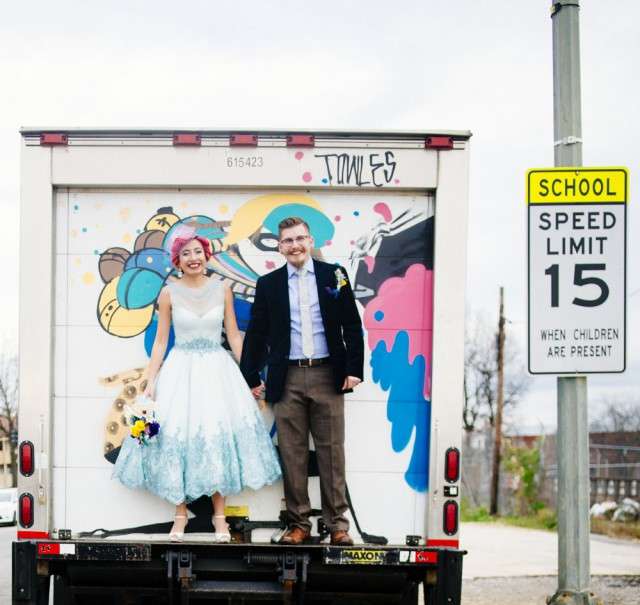 The reception was at The Historic Blenheim in Fairfax. “It’s a rustic and historic and on civil war grounds”, Dani said. “This was actually where we arranged our second ceremony too for our family and friends that couldn’t make it to our legal one. Maggie and Steven decorated it. Walking in we had a beautiful bar top with teal bar stools and they set up a mini s’more bar for us! We had a beautiful table with succulents on it and giant awesome XOXO balloons. At the (second) ceremony area there was this cool gold, black and white streamer back drop that hung and streamed across the ceiling with these golden dots on the ground leading to the altar. Since it was slightly chilly they even got us a little fire pit to huddle around and stay warm. It was adorable and homey.” 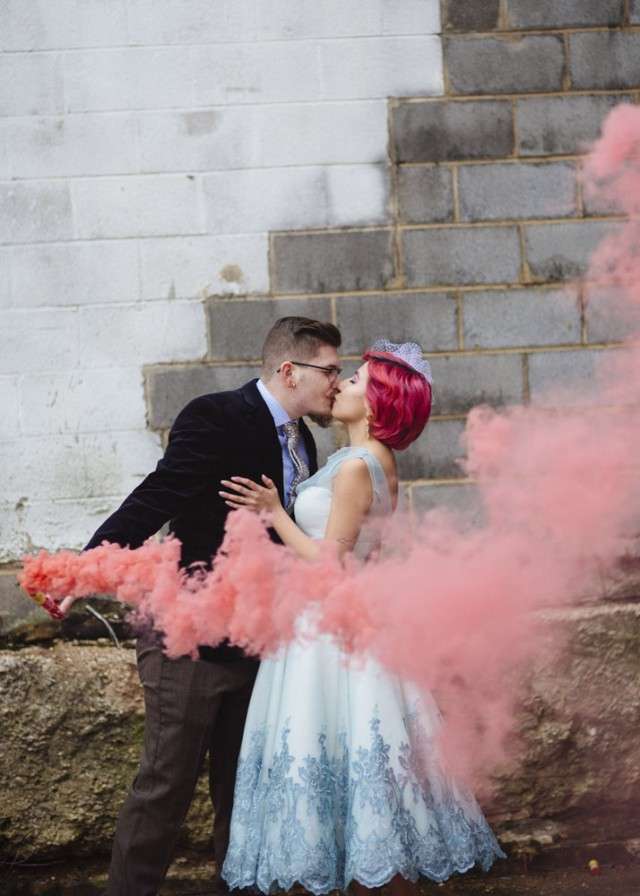 “Additionally, we decided to use tea cups, mason jars and all types of champagne flutes that we could find in thrift stores. All the boutonnières and my bouquet were made out of wooden and dried flowers, they last longer and you don’t have to worry about anything dying!” 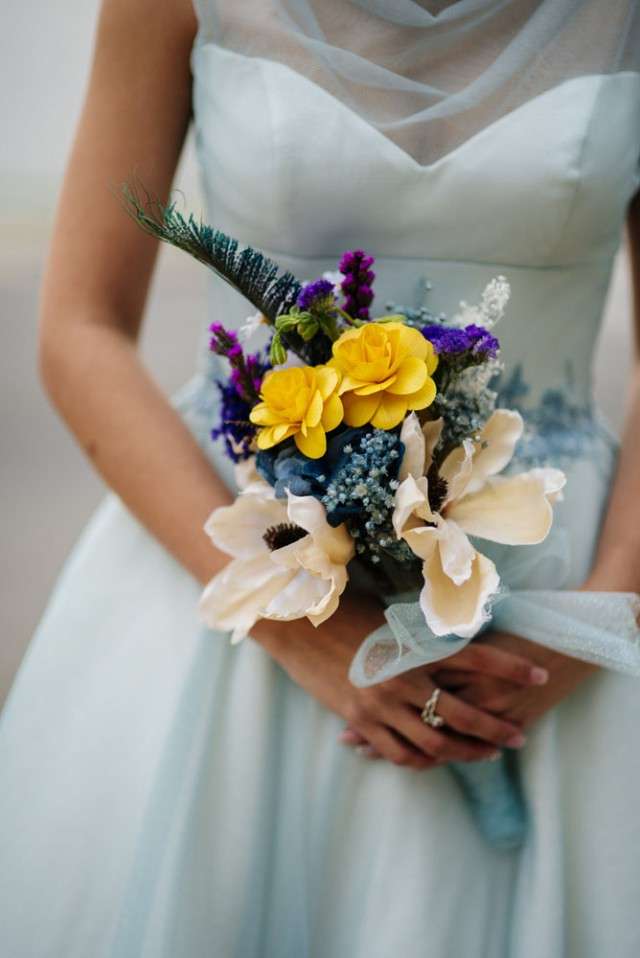 “The best part to planning our wedding was after watching things fall apart we got to watch everything fall together in a new way, it was quite magical”, the bride concluded. “Even though at times it was stressful, we wouldn’t change anything about it and I’d do it all over again in a heartbeat!” 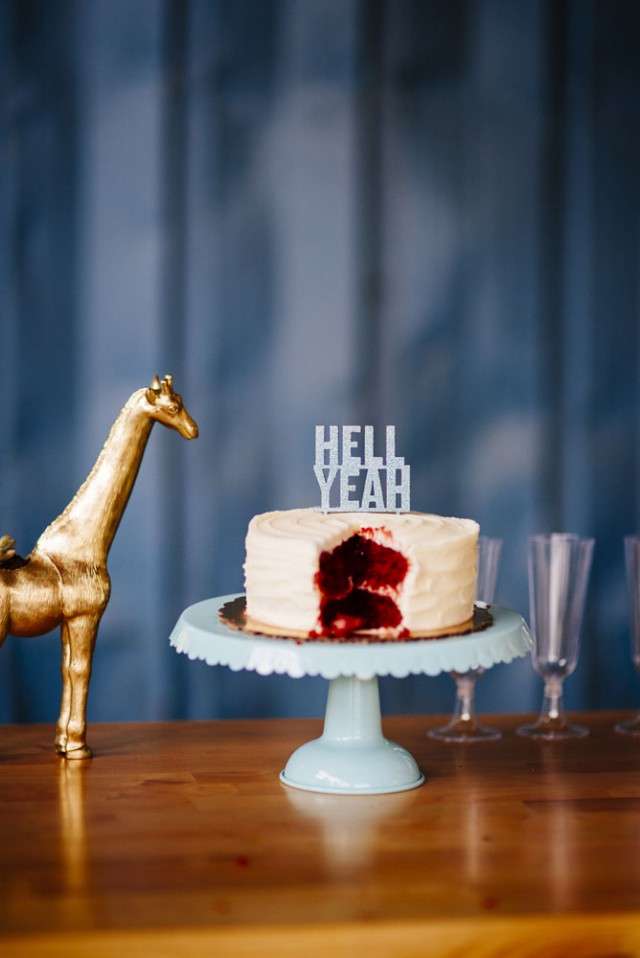 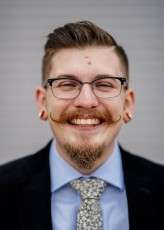 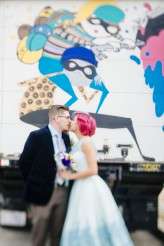 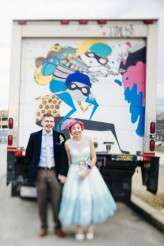 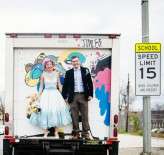 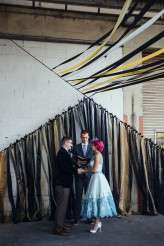 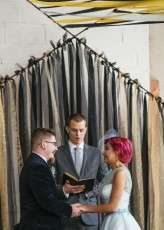 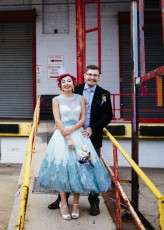 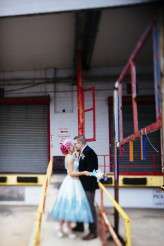 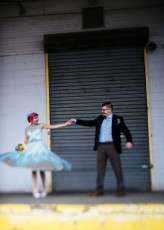 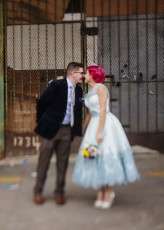 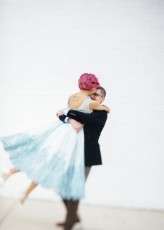 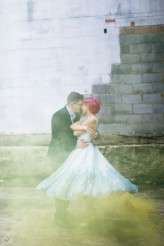 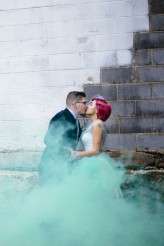 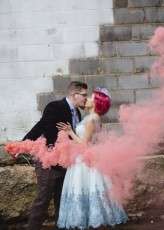 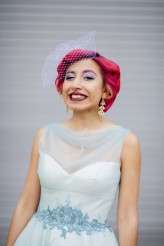 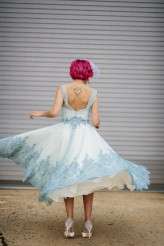 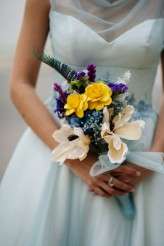 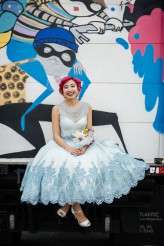 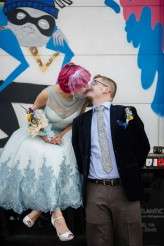 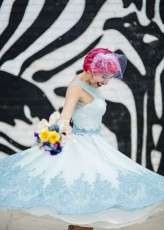 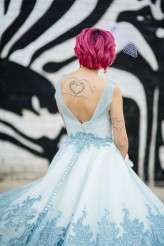 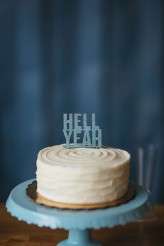 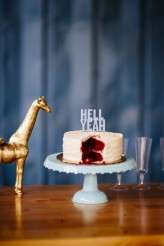