Jess and Steve wanted a wedding in the West Country that reflected lots of little things that they love. “We wanted a day that would be a lot of relaxed fun for us and our guests”, said the bride. “We wanted elements of things that we love, like 40s and 50s fashion and music, without it being ‘themed’. The plan was for a big West Country party!” 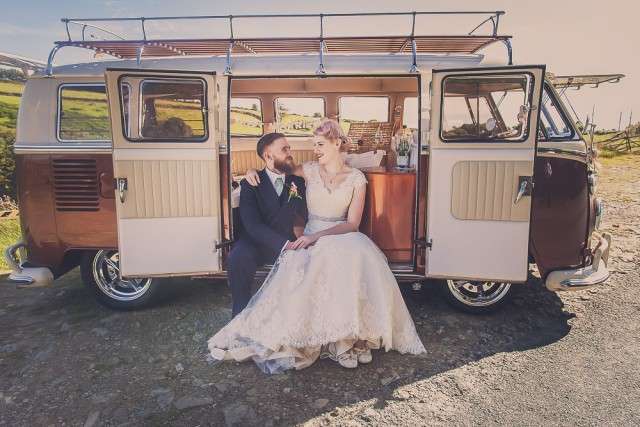 The day started with a church ceremony. “We were married in St Brendan’s Church. It was the church where Steve’s parents were married. It’s also 1000 years old! I’m a Christian, while Steve is Agnostic so it was lovely to have a church ceremony that would mean something to both of us. The ceremony was beautiful, the string quartet played a cover of Iris by the Goo Goo Dolls (It was a tough decision between that and the Jurassic Park theme music) that I walked down the aisle to with my Dad.” 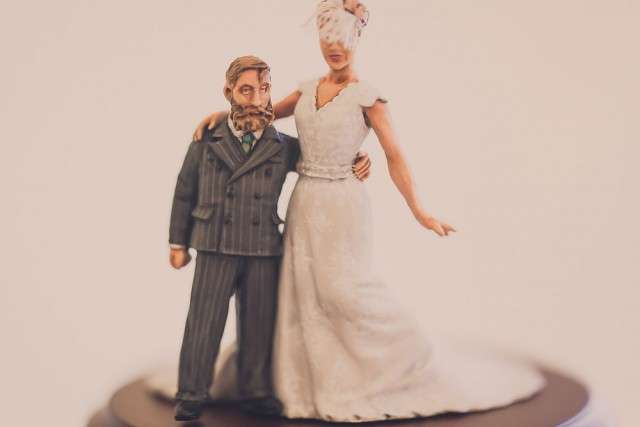 Afterwards, they had their DIY decorated reception in a field owned by the groom’s parents. “Each table was one of our favourite authors with their books and flowers inspired by the author”, Jess continued. “The authors were Pratchett, Lovecraft, Dahl, Rowling, Poe, Wells, Carroll, Grimm and Barrie.” 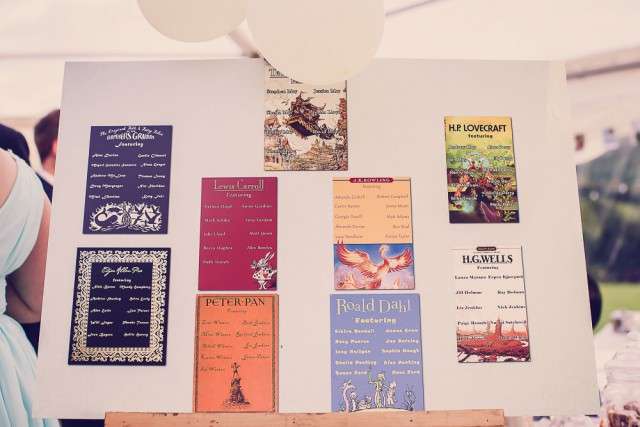 “We had postcard bunting to go all around the marquee and we had our lawn flamingos, Raphael and Alphonso, on the entrance of the marquee. As well as a guest book, we had a big picture custom made with the mount doubling as a little guest book! Steve’s Dad, Phillip, made a bar that we filled with boxes of cider and barrels of ale from local breweries and orchards.” 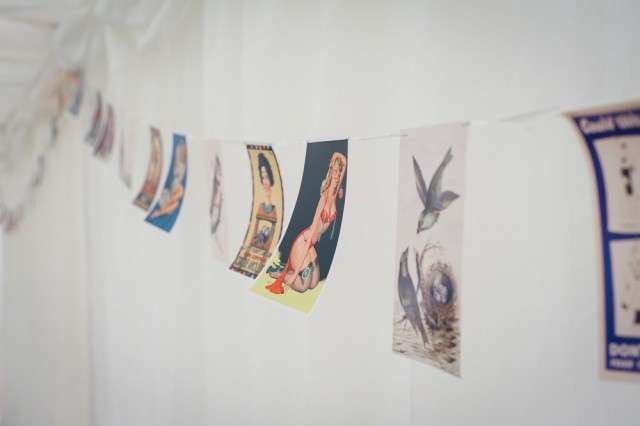 Another special touch was the groom’s outfit. “Steve’s suit was the suit that his Grandad got married in, in 1947. It fit perfectly with no alterations. As Deryck is sadly no longer with us, it was a wonderful way to involve him in the day.” 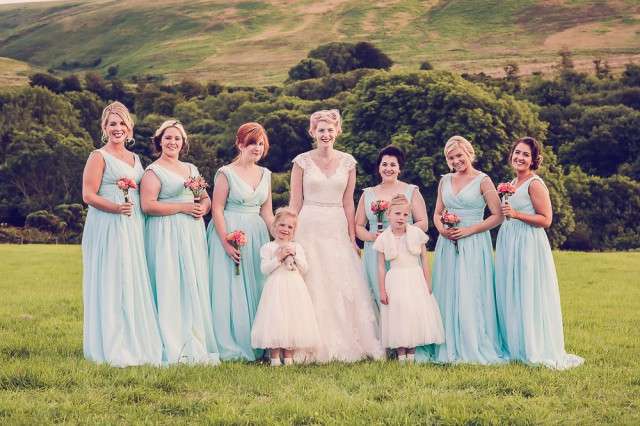 “As cheesy as it is, we found out who our friends are”, Jess concluded when I asked her what the best part of wedding planning was. “There were people that rallied for us and helped us make the day perfect for us. Sometimes it was something as small as just a message saying how excited someone was for the day. Those messages and the help just boosted us and got us to the day in one piece. We love all of you.” 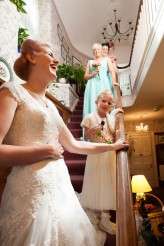 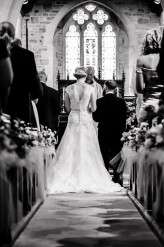 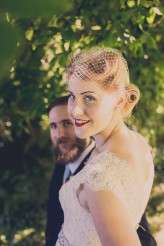 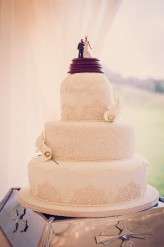