Jo and Jonny had a wedding like no other – it had a princess pirate punk theme! They were married in Belfast in November.

“Our wedding theme would be best described as a princess marrying her pirate in a punk fairytale!” said Jo. “We got our biggest inspiration from looking at what we DIDN’T want. We decided we didn’t want to spend thousands of pounds and we definitely wanted something that represented us and made us happy. We looked how we wanted and we only invited the people who were really important to us.” 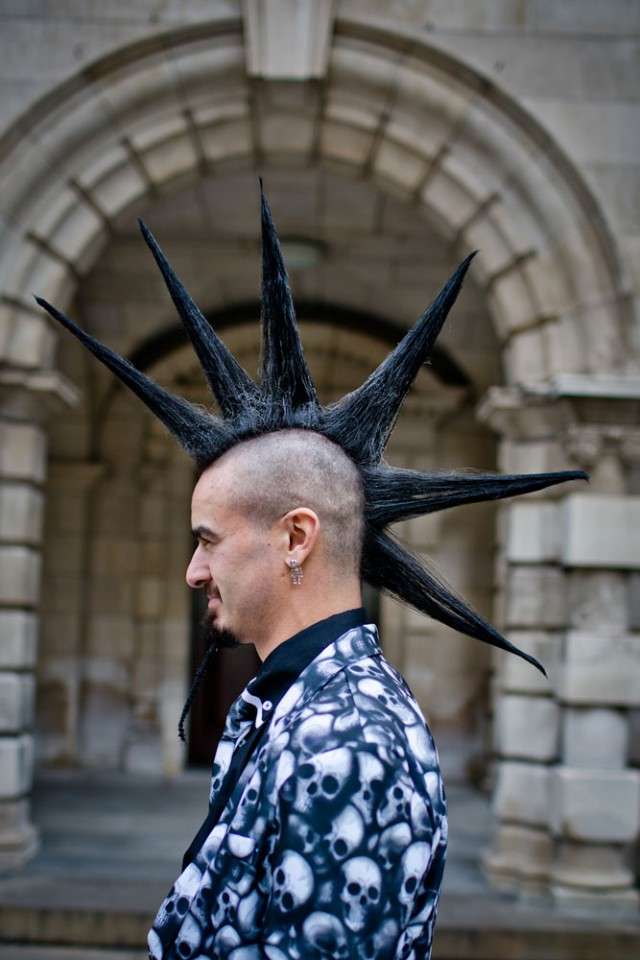 “The one thing we wished we’d known before starting to plan was just how utterly crazy people get around weddings!” she laughed. “We’ve had kids and knew that babies can bring out some crazies from the woodwork, but nothing compares to the amount of opinions you will get from other people when you tell them you’re having an alternative wedding!” 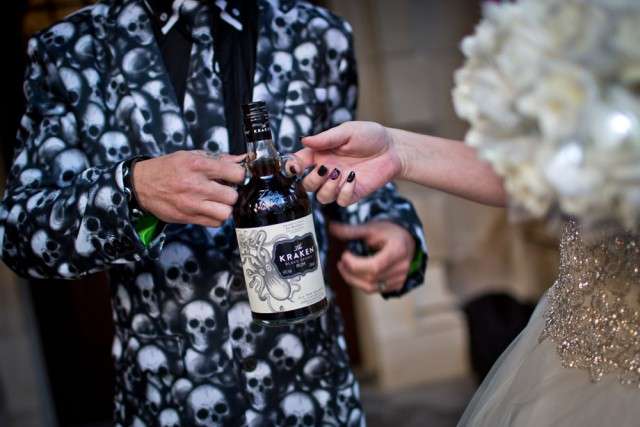 The ceremony took place at Belfast City Hall. “It is hands down the most opulent, grand and beautiful registry office I’ve ever seen. We first visited it to register the birth of our younger son and fell for it right then. Even thought we had no immediate plans to get married, we knew that if we ever did, this is where we’d do it. Our ceremony was, in essence, a very straightforward civil marriage. However for us it was the most important part of the day. This was the part that would legally seal us as a family.”

“One of the coolest things about being married was us all finally having the same surname. Our oldest son is from a previous relationship and so had a different surname from both of us. Our younger son had Jonny’s original surname, but just before our wedding, Jonny secretly changed his surname to Hendrix. He’s been known as Jonny Hendrix for years, so it just made perfect sense for us all to legally be Hendrix’s after we were married.  On that day it was a surprise to our guests that it was going to be our married name!” 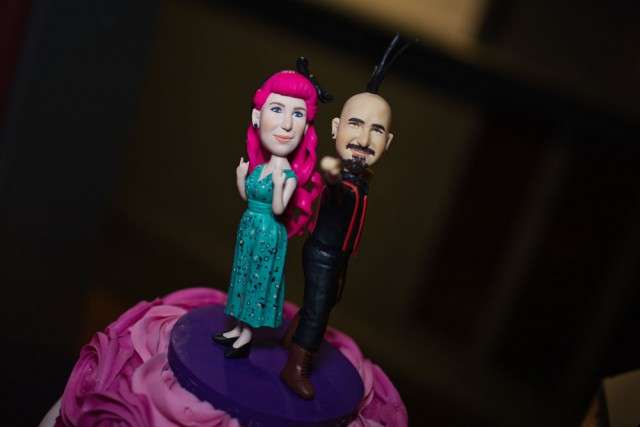 “In terms of décor, we did heaps of DIY”, she explained. “We spent just £3000 in total on the wedding and this really kept the costs down. We made the invitations and all 70 of them were hand wax sealed. Our seating plan and place cards were made by us and I even made our ring pillow (from the same fabric and Jonny’s suit) and my light up bouquet!” 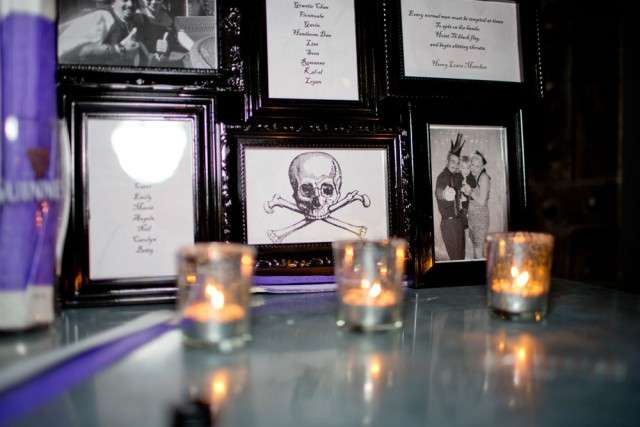 “However our biggest saving was on our outfits, My dress was Ronald Joyce and retails at £3000. I visited a local sample sale and snapped it up for over 75% off! My shoes came from everything5pounds.com! Jonny’s amazing suit came from Standout Suits on eBay and cost only £37.99!!  I’ll be honest when we showed it to me online I was seriously skeptical, but when it arrived I knew that it was totally the one. It was Jonny through and through and I doubt many people could pull it off as well as he did!” 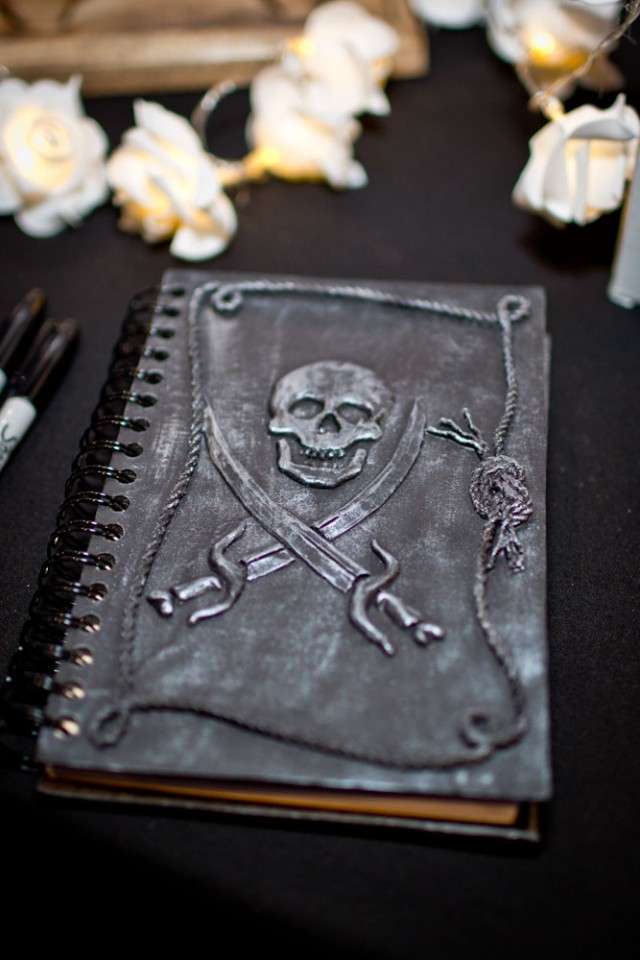 “Looking back, I have a love/ hate relationship with planning the wedding”, she concluded. “It was stressful, especially the on the day coordination. If I was doing it again I’d have someone there to help us on the day. I was so totally wrapped up in my enjoyment of it all that there were a couple of wee things that we forgot. My advice to others would be to be true to yourselves, work with an open mind, and although you should consider others, at the end of the day its your way and you should do it your way!” 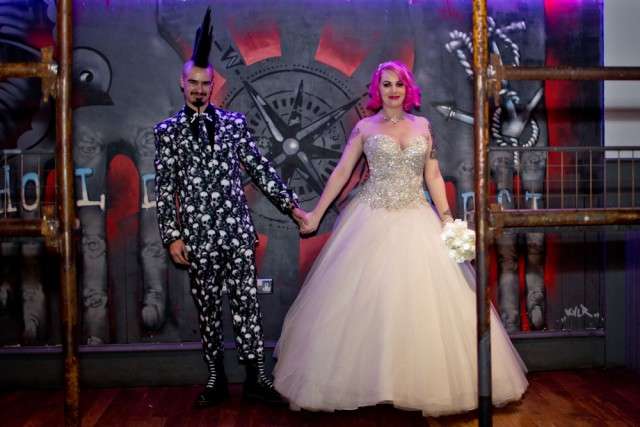 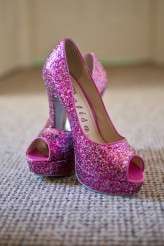 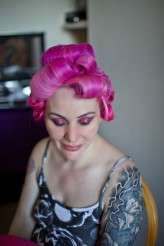 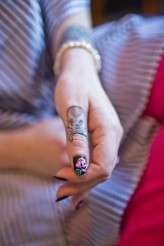 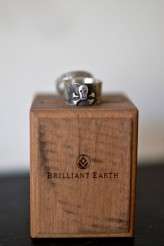 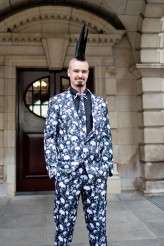 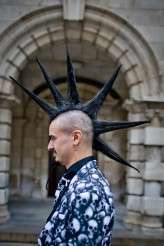 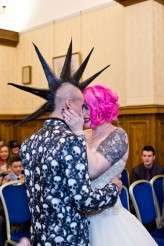 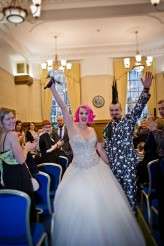 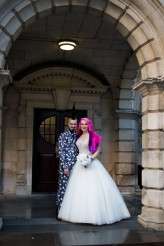 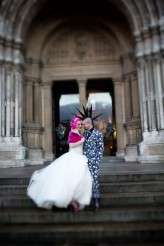 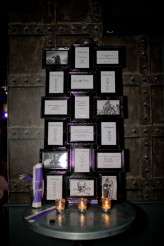 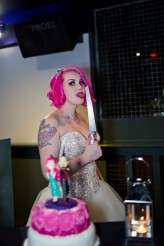 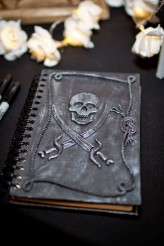 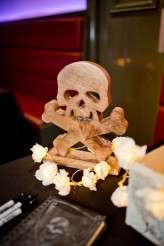 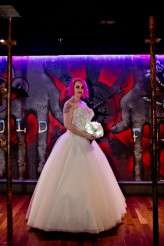 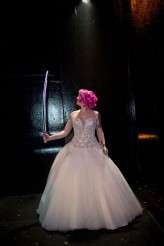