Adam and Stacey’s wedding took place at Middle Coombe Farm in Devon. They had a non-traditional, steampunk inspired day which was planned by the groom!

“Our wedding theme was just ‘stuff we like'”, said the bride. “We didn’t want it to be traditional and the same as other weddings but we also didn’t want to cut things out just for the sake of being different. The venue played a big part in it because as soon as we’d decided where to have our wedding, everything else started falling into place. For example, once we decided we were getting married outside with a longish walk to the ceremony site, I knew I wasn’t going to wear white or heels.” 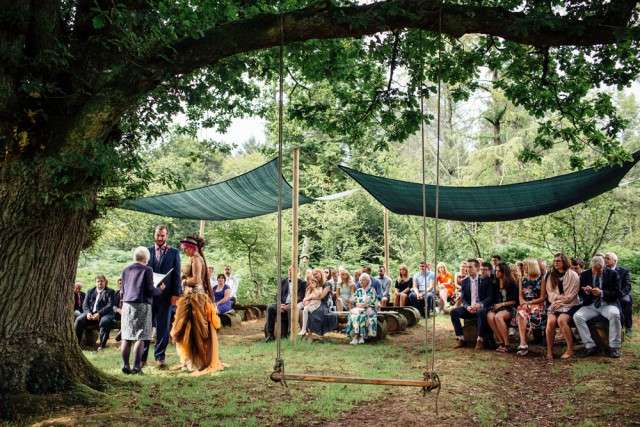 “Having a humanist ceremony made it incredibly personal to us”, she continued, “and my outfit was also so unique and special. We made everything very casual so that we could enjoy our day and we made a lot of things ourselves. Maybe the most unique part of the whole wedding is that it was actually Adam that did most of the planning and I was not really involved in the process!” 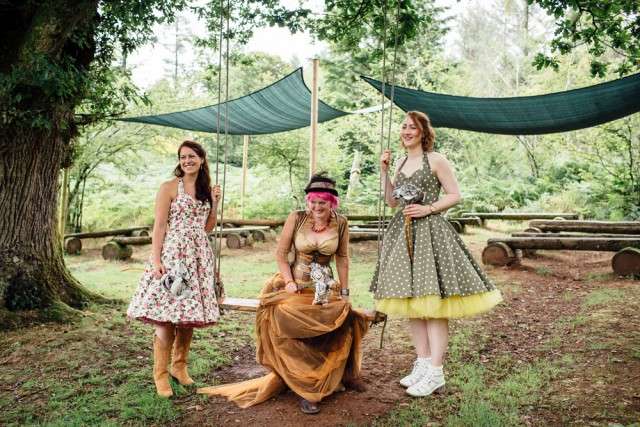 “However I did make my own bouquet with heavy craft paper, brooches and craft wire. It took about three days to put together and my hands were covered in glue gun burns! I also made the bridesmaid’s flowers and buttonholes for the men. My mum and I made 100 metres bunting and I decorated jam jars for the candle holders. Our mums made our cake and Adam and his dad decorated it, and one of my bridesmaids made me a ‘bride pin’ with something old, something new, something borrowed and something blue on it.” 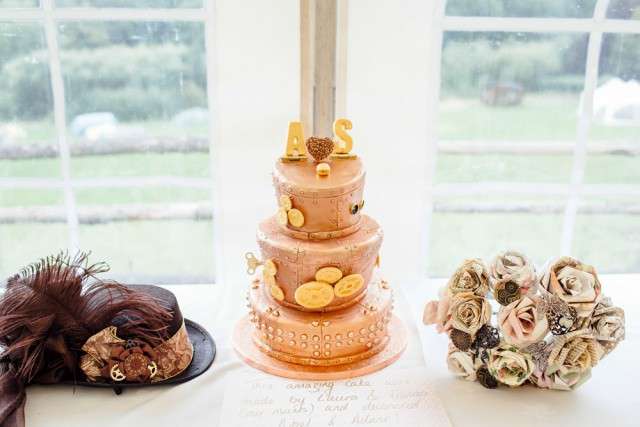 The bride’s one-of-a-kind dress was made by The Couture Company. “Our biggest expense was my dress”, she explained, “but it was incredible and handmade in England. The work that went into it means it’s more of a wearable piece of art! It is unique in every way and I felt like a star while I was wearing it. Another big expenses was The Cocktail Caravan. It was one of the things I saw and asked Adam to make happen. I was a bartender before I went to Uni and I still love a good cocktail. I really wanted interesting drinks at our wedding so we chose the caravan as a special way of doing the bar.” 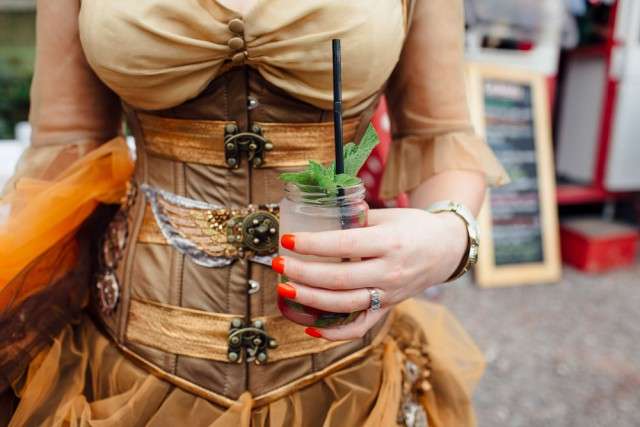 “The best thing about wedding planning was that Adam did everything”, she laughed. “My advice to other couples would be to do what you want. A few people have said that we were really brave in departing from tradition, but it really wasn’t about that. We saw it as an opportunity to plan a wedding we wanted from scratch and only have the things (and people) that we wanted. We had a great day that was completely ‘us’ and no one missed things like a car, throwing the bouquet and so on.” 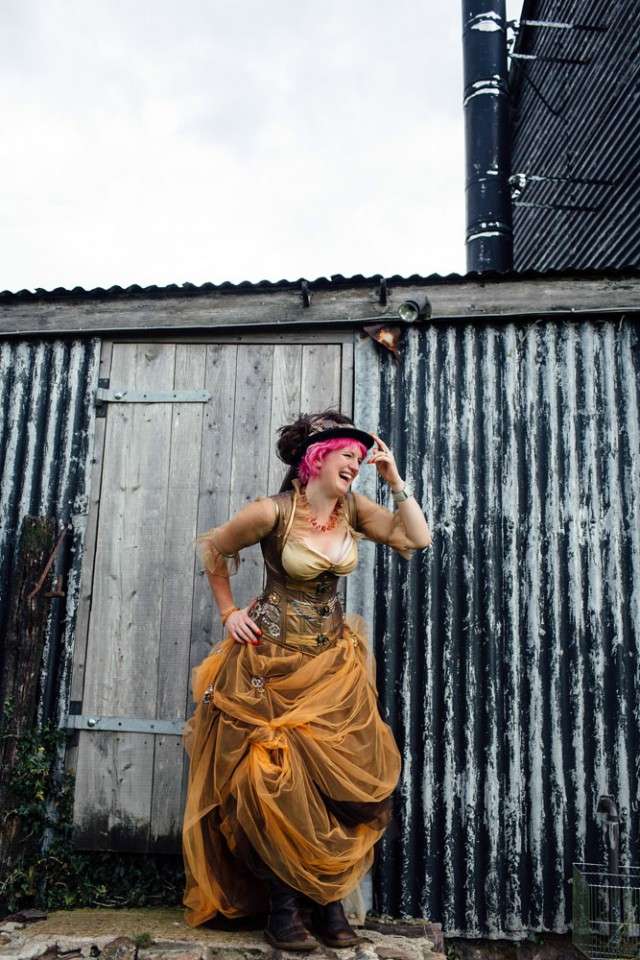 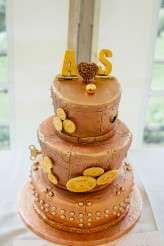 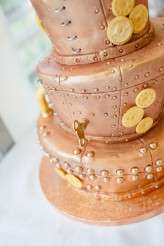 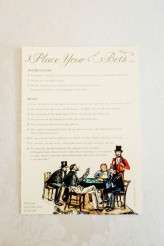 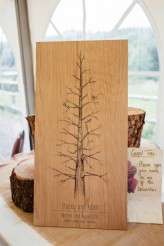 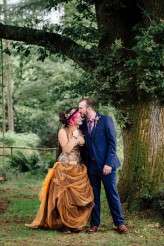 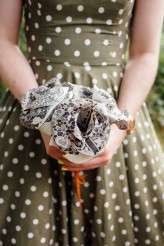 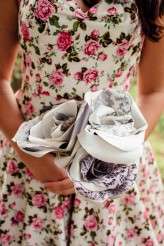 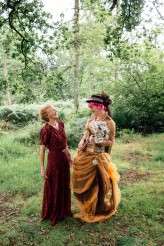 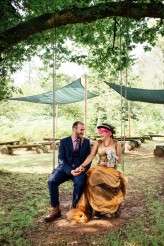 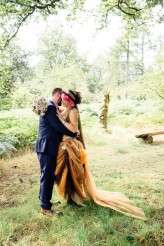 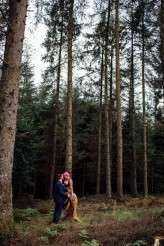 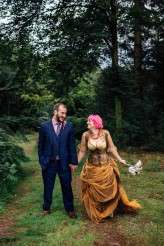 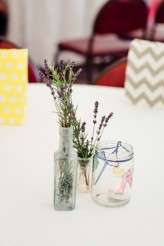 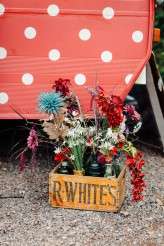 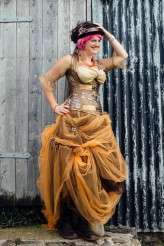 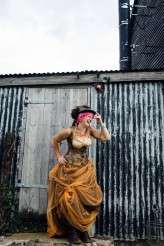