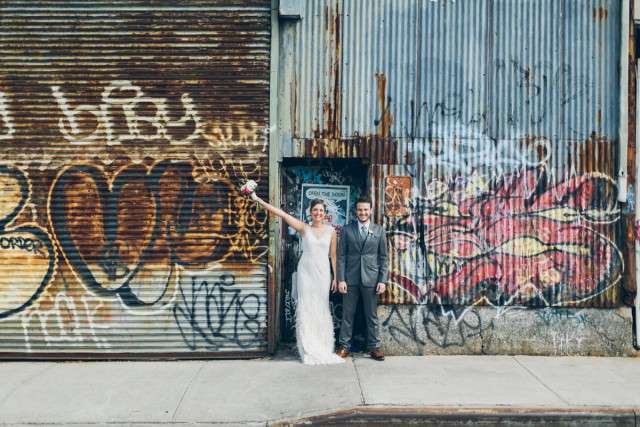 New Yorkers Jen and Drew nearly met through a friend who tried to set them up on a blind date, however Jen wasn’t into the idea. However, as luck would have it, about a month later they met at a party and really hit it off. I guess that friend says”I told you so” to them a lot now!

The were married in Brooklyn, at the Wythe Hotel which was originally a factory on the Williamsburg waterfront. The building was constructed in 1901 and has recently been converted into a 70-room hotel. The urban vibe was perfect for their modern themed day. “Our wedding was inspired by the beautiful simplicity of the hotel”, said the bride, “industrial meets modern. We used fresh, light, airy colours meets glitzy, glam sparkles. We embraced the neighbourhood (graffiti, ‘hipsters’, view of the city) and brought it into all aspects of the day. Both of us grew up in small country towns, where our families still reside, so we wanted them to experience ‘our city’.” 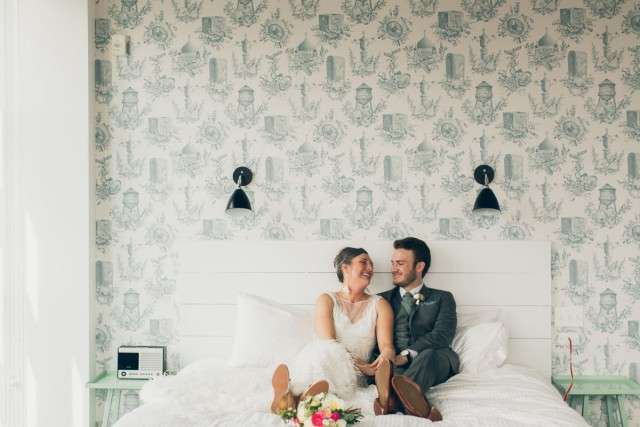 “The bride wore a stunning gown covered in feathers by Rosa Clara. “Once I decided on that dress we added lots of feathers to the wedding too!”, she said. “We also made signs, confetti bags and the table names. My favourite project was the place cards.­ I painted Styrofoam with gold and glitter and tied names to feathers and stuck them in. People really got into the feathers, putting them in their hair or suit pockets.” 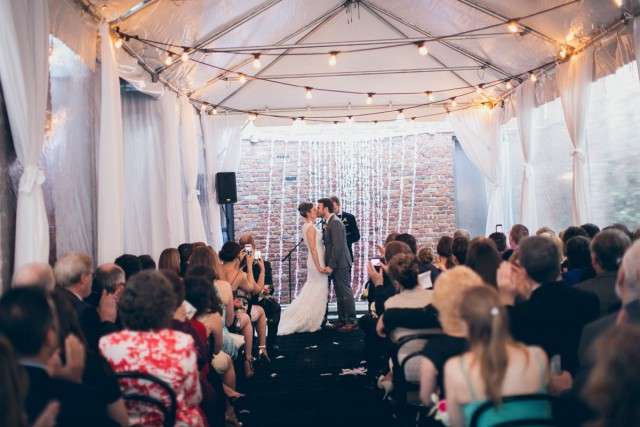 “My mom also made ‘Big Apple’ cookies and my dad crafted a NYC map that lit up, corresponding to all the table names. All the tables were places significant in our relationship (first date, proposal, favourite restaurant.)” 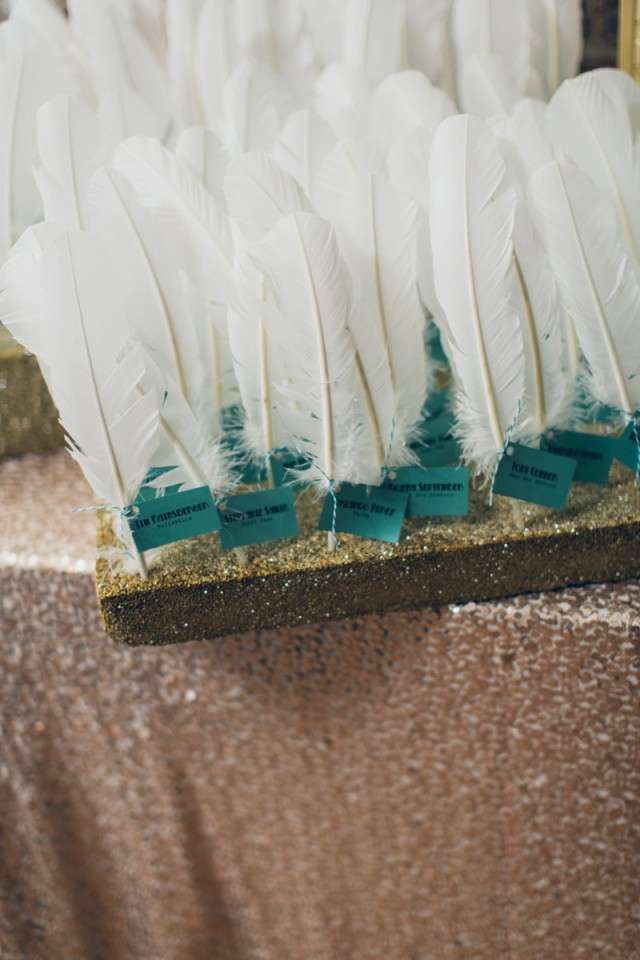 “The best thing about planning the wedding was seeing  it all come together. Staying true to who we are as a couple was important to us, and finding ways to work our details into the decor, ceremony and food was really fun. However it was hard not going over budget! Also trying to explain to our very traditional families that we wanted to do things ​a little​ different was hard at times, but in the end they ended up loving it!” 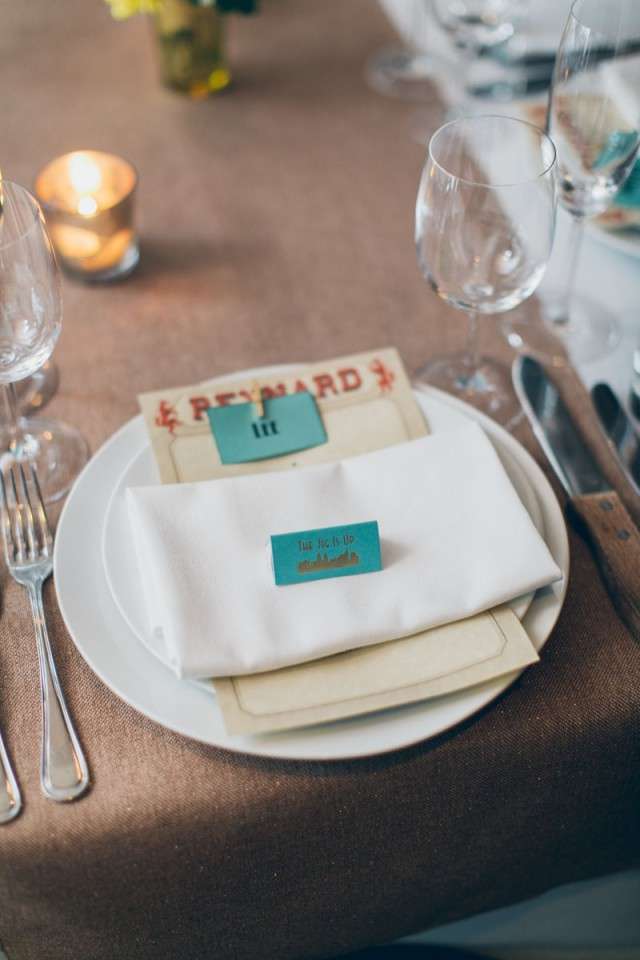 “The only thing I’d change about our wedding is that I wish we’d shelled out for a videographer”, she concluded. “It was something we contemplated for a long time, but at the time we just did not have the money in our budget for it. I wish we had squeezed a bit more out because it would have been nice to remember the day with sight, sound and motion. Lucky for us, we had an amazing photographer who captured the day just as we hoped.” 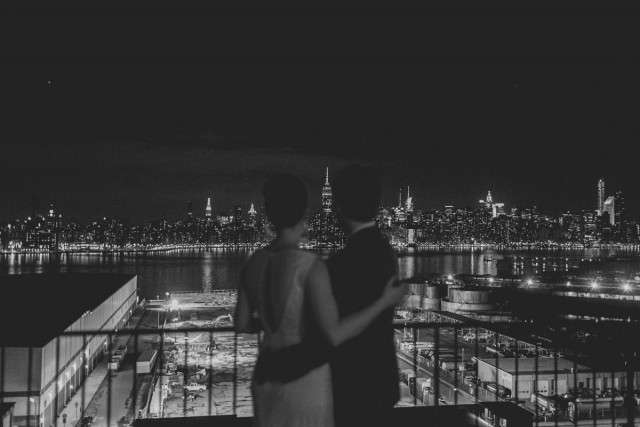 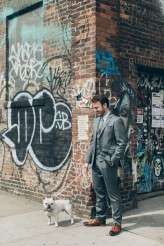 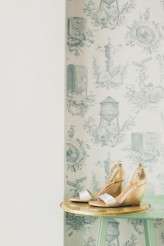 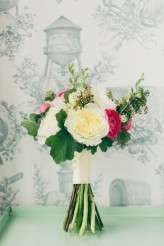 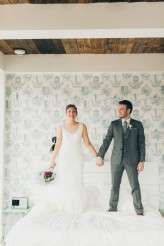 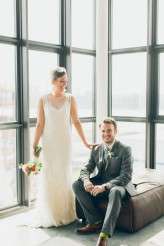 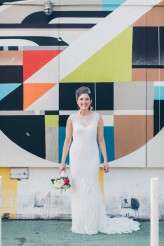 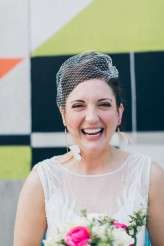 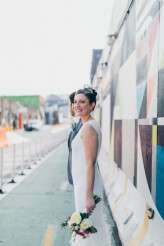 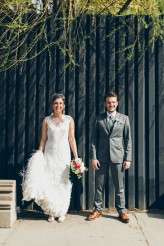 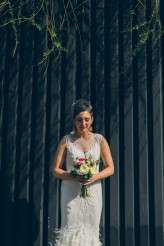 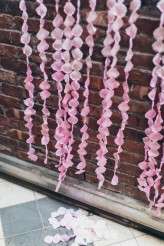 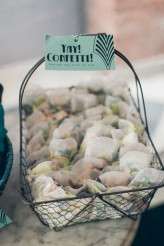 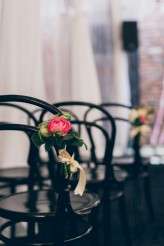 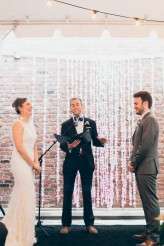 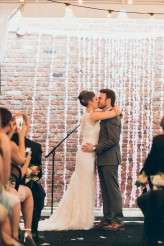 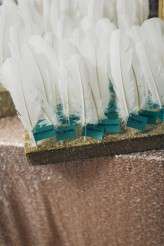 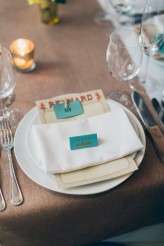 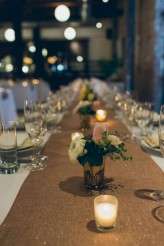