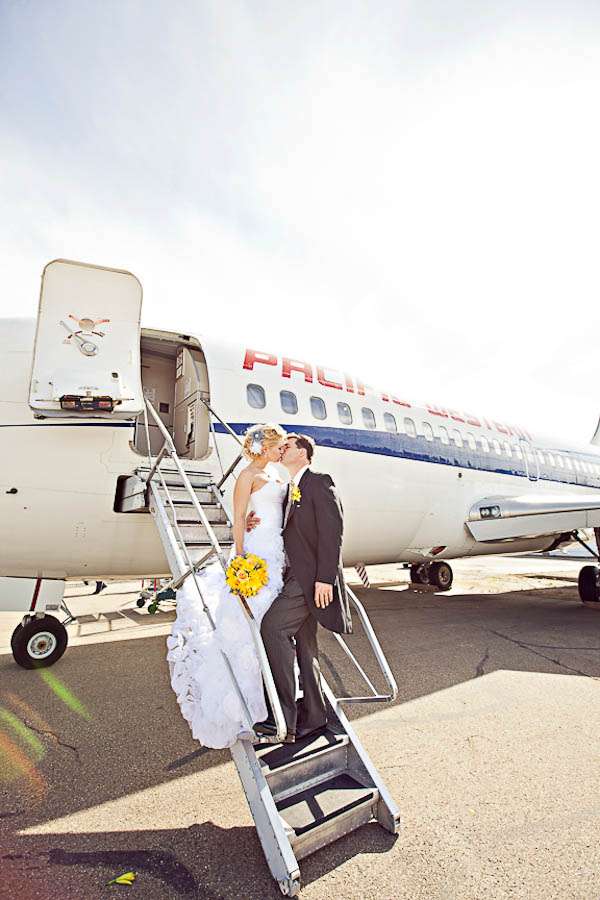 Both air traffic controllers, and with a mutual attention to detail and love for planes, Robyn & Tom were thrilled when they were allowed to get married on a Pacific Western plane at Edmonton Aviation Museum. “It took a lot of convincing but the museum were gracious to allow the bride and groom to use the airplane”, explained their Canadian wedding photographer Elizabeth of ENV Photography. “Guests were assigned seats on a seating chart that mimicked the chart that you pick your seat from when booking your plane ticket! Prior to the groom walking down, his sons and daughter walked down the aisle and handed out cookies to all the guests – just like a real airline!” 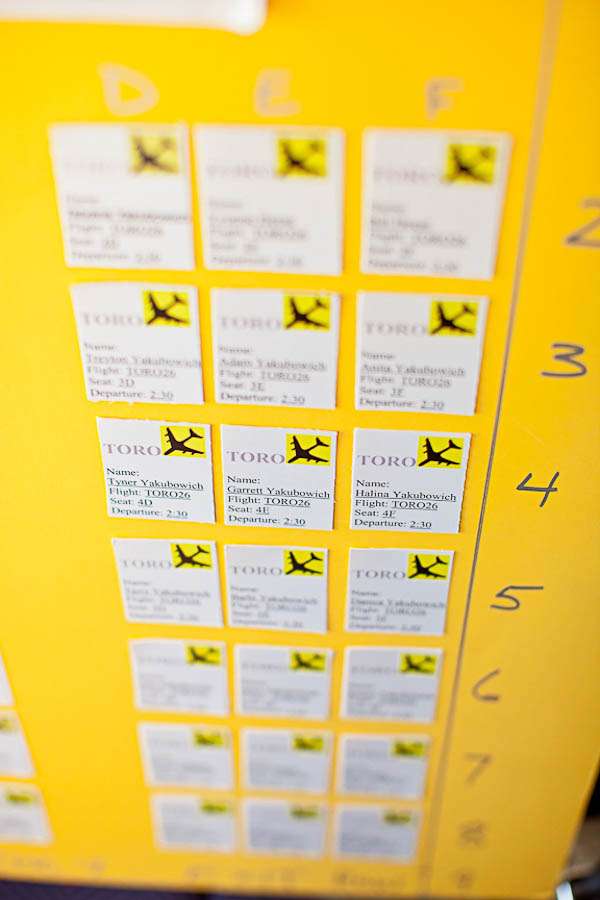 After the ceremony, the couple and their wedding party had portraits taken on the plane as well as in the museum and on the high level bridge in Edmonton. The wedding had a modern, yellow theme which included the flowers, the stationery and the bride’s grandmother’s vintage areoplane embellished hankie (as the ‘something old’). 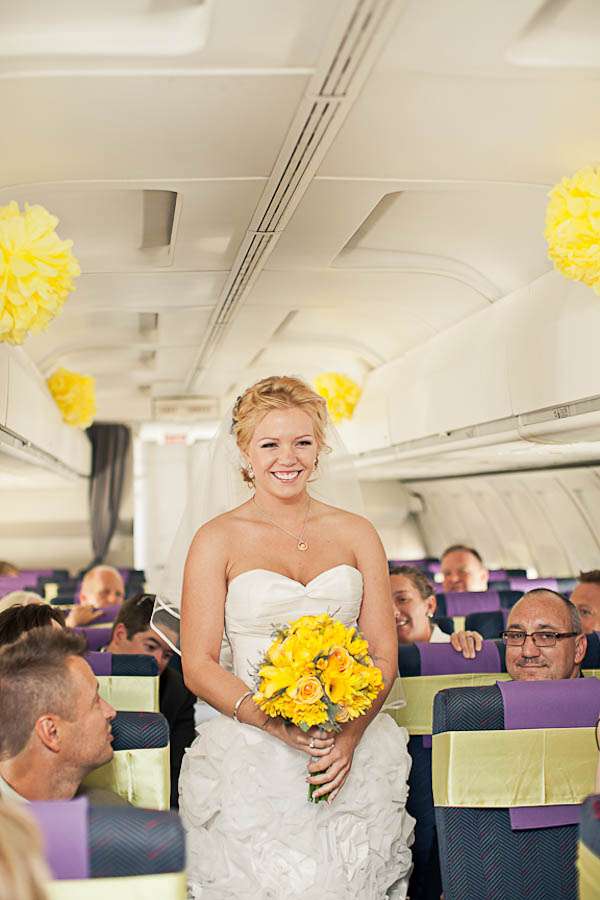 “After the ceremony, guests then went to the Shaw Conference Centre, where they were greeted by airplane escort cards”, continued Elizabeth. “The guestbook was luggage tags that well wishes were placed upon and then placed in some vintage luggage. Guests then were treated to appetizers and a photo booth. The room was decorated charcoal pintuck linens and dendrobium and cymbidium orchid center pieces. A double sided menu card and table number, along with silver charger plates and yellow satin napkins and chair covers also adorn the room. The favors were very unique, going along with the airplane theme, ‘sick bags’ were given to the guests. Inside were a few airplane themed trinkets such as a retro build your own styrofoam airplane, a ‘parachute man’ and much more!” 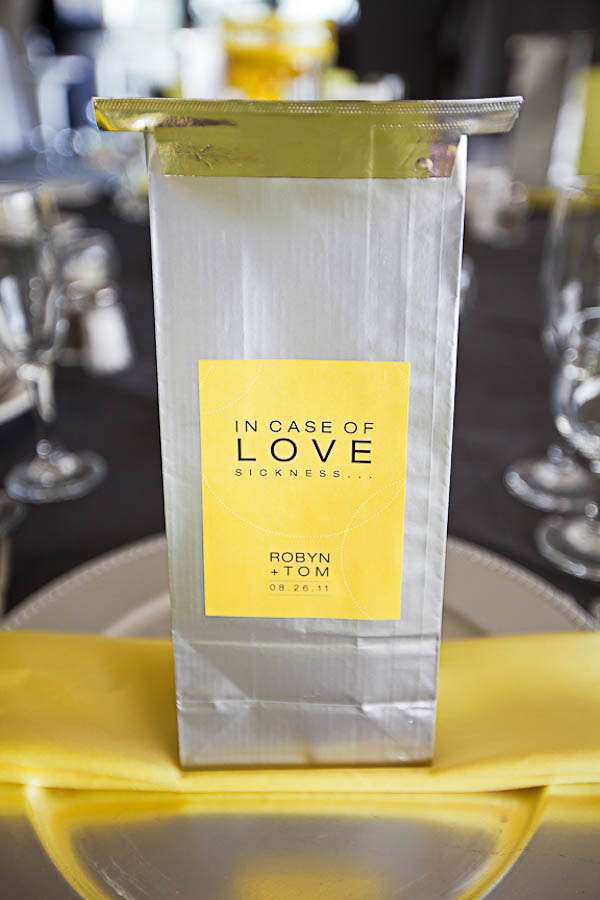 What a theme! Thank you to photographer Elizabeth and of course Robyn & Tom for sharing today! 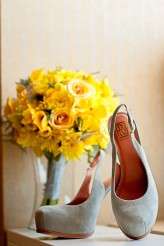 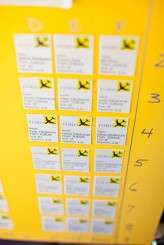 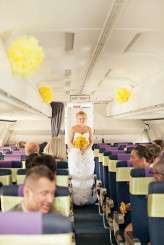 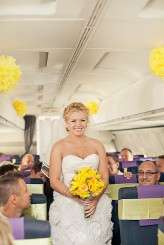 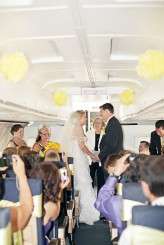 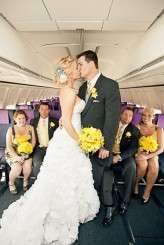 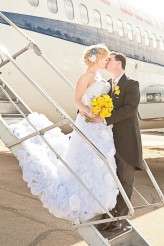 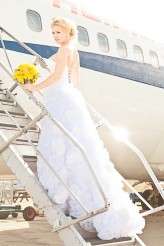 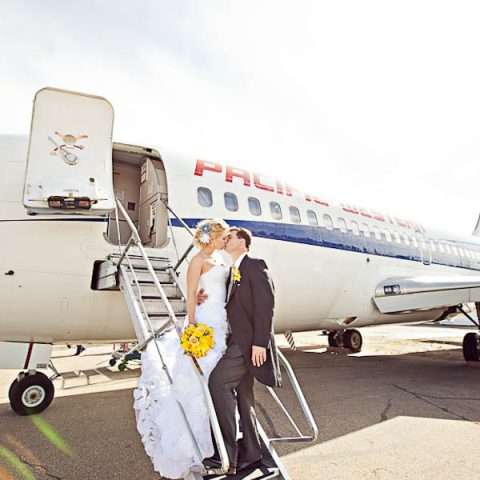 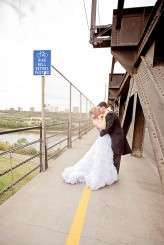 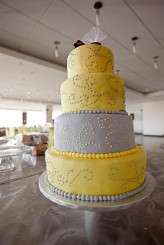 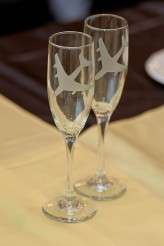 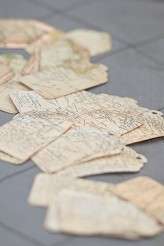 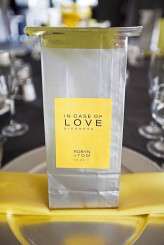 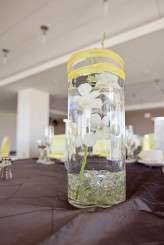 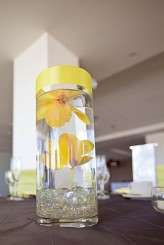 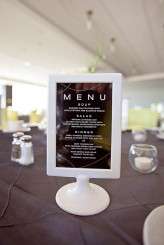 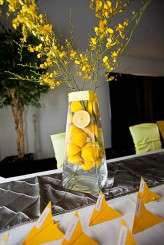 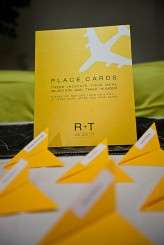 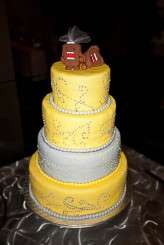 When Carin & Pouya got engaged, the bride instantly knew what their wedding theme would be - Broadway musical! "I have always loved Broadway musicals and three years ago Pouya took me to my first live production - The Wizard of Oz", Carin writes. "I was instantly hooked! Since then I've got season tickets to Broadway performances across Canada including our hometown of Edmonton. I never thought of incorporating that into the wedding, but after a while the Broadway musical theme came to me while I was bored one day in a class in University. I was looking around on the internet when I saw a wedding program that looked like a playbill and the ideas spiraled from there!"

Roxy and Daniel's ceremony took place in Daniel's parents' neighbourhood, Bourland Field Estates, in Cresson, TX. It also just happens to be an airport neighbourhood! The streets are runways and everyone has massive garages to house their planes. The couple chose yellow as the main colour in their wedding so what could have been more perfect than a brilliant yellow plane that was lent by their neighbour for the photos!?

Rachel and Raymon based their wedding on Rachel's favourite childhood book and film - Alice in Wonderland! They had oodles of personalised and special details including the mismatched chairs, the vintage door seating chart, having clocks as table numbers and their chequered dance floor.