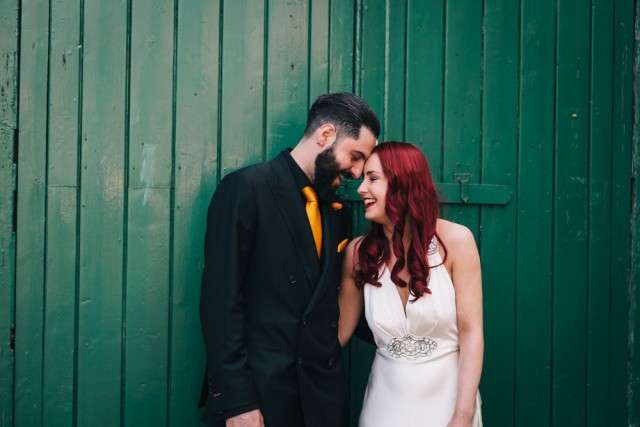 Ruth and Matt wanted to keep things casual for their June wedding. That meant a town hall ceremony and reception with a pub drinks reception in between! Ruth’s stunning dress came from Jenny Packham and Matt wore a bespoke suit from Suit Supply, just off Saville Row.

“We met eight years ago when we were both working at Vans on Carnaby Street”, began the bride. “Which is why Matt’s wedding day gift to me was the customised Vans Slip-ons representing where we met and our wedding day.” 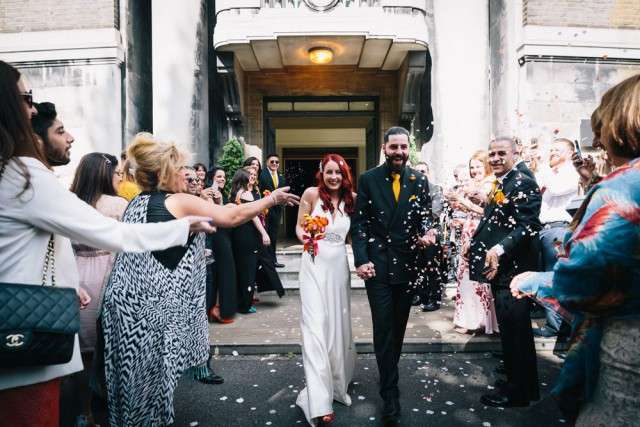 “Our wedding was a mixture of our shared interests. We didn’t want a specific theme, just to incorporate the different things we like that represent us as a couple. From Art Deco to Americana to Rock and Metal via Mexico. We just really wanted a fun day where everyone could enjoy themselves and feel relaxed. Although we wanted some traditional elements we didn’t want anything too formal and wanted our personalities to come across.” 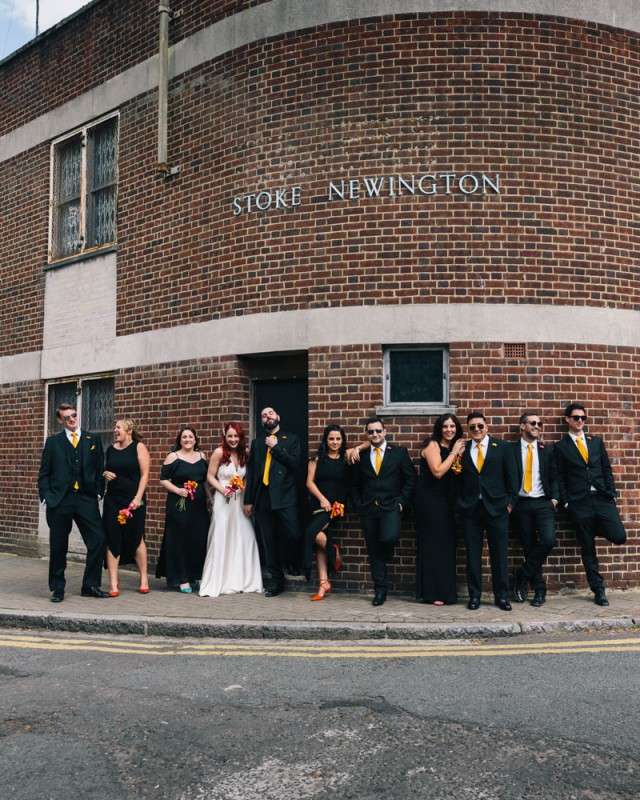 The bride is allergic to flowers so all the bouquets were artificial and from Decoflora! Instead of the usual floral centrepieces, they had cacti which they encouraged their guests to take away with them afterwards. “We also had skull candles and favours which were from Ember Candle Co“, she said. “Our guest book was miniature bottles collected from train journeys to write messages in a bottle or post cards to place in our own trunk from home.” 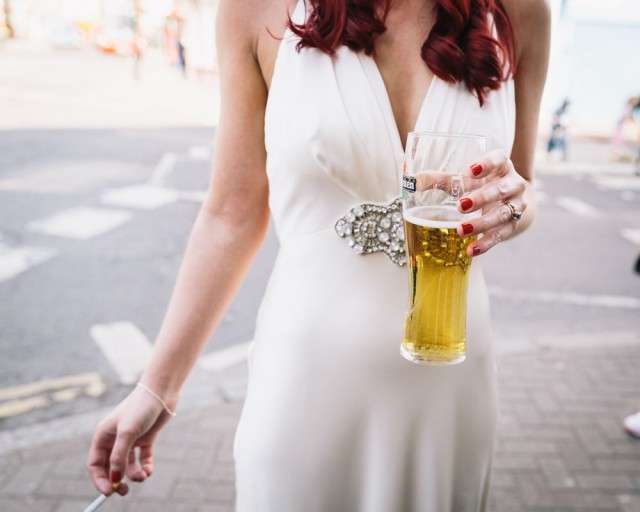 The ceremony was held at 3pm. “Up until the point of me walking across the road from the pub to the Town Hall I had not felt the slightest bit nervous”, Ruth explained. “This was the same for Matt until Can’t Help Falling in Love With You started playing. Walking down the aisle was a blur, although I had my mam at my side all I could think of was getting to Matt. We just grabbed each other throwing the ‘giving away’ tradition out of the window. We were then fixated on each other.” 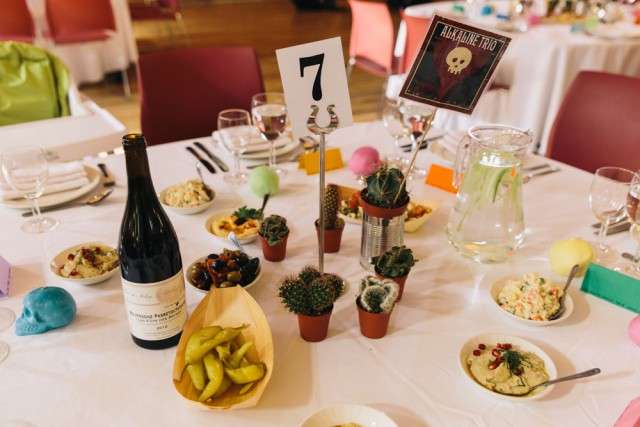 “We chose to go with the vows that were provided to avoid the over emotional display and tears that would inevitably ensue from the groom. The words were beautiful and we meant each word. Afterwards a family friend of mine who’d never met Matt before said to us that in all the weddings he’d been to he had never heard a groom say his vows with such conviction. We went through the ceremony in our own bubble, smiling and laughing together like we do through life. We sealed it with a kiss and walked out to Metallica with our hands in the air!” 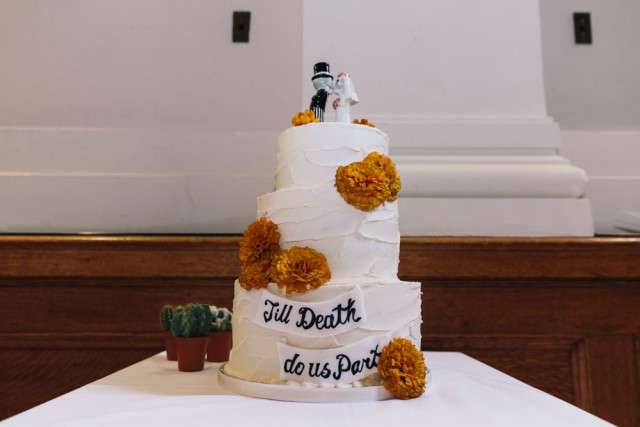 “One of the most fun things at the wedding was the Mariachi band who were a present from Matt’s sisters. They had originally been booked to play during the drinks reception but were running late. They ended up playing while everyone ate their starters, strolling around the room serenading the women. Originally I’d thought this would be a bit cringe but it worked out really well! It really helped loosen everyone up and set the mood for a fun reception.” 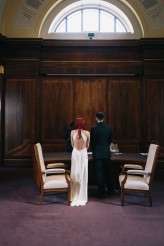 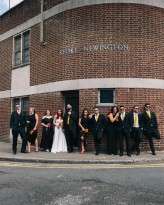 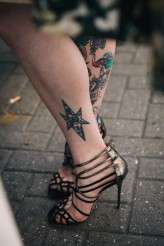 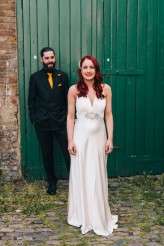 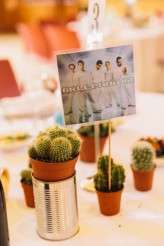 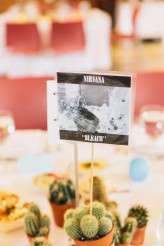 ‘Til Death Do Us Part Themed Cabaret Wedding