Roeland and Esther were married at the bride’s father’s shipyard in Dordrecht, The Netherlands. She always wanted to throw a big warehouse party for all her friends and family so this was the perfect opportunity! 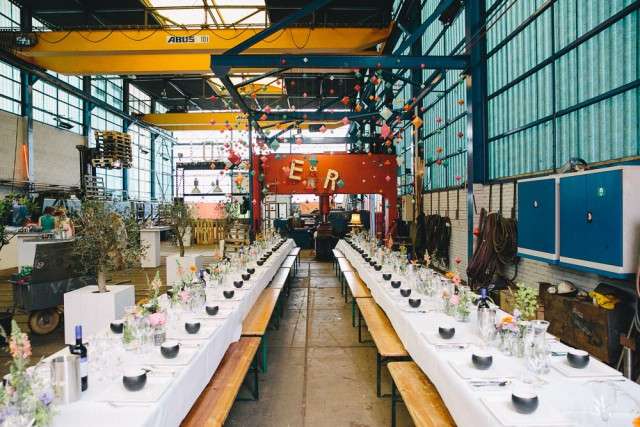 “We did not really have a specific theme”, she said. “We wanted it to be simple, personal, approachable, informal and not ‘standard’. We also wanted to have all the locations close to each other so that it would be easy for the guests and really the aim was just to throw a big party together with all our friends and family. We were inspired by water, industrial things and the family shipyard We wanted a party like the many great techno parties we have been to in old warehouses and underground places.” 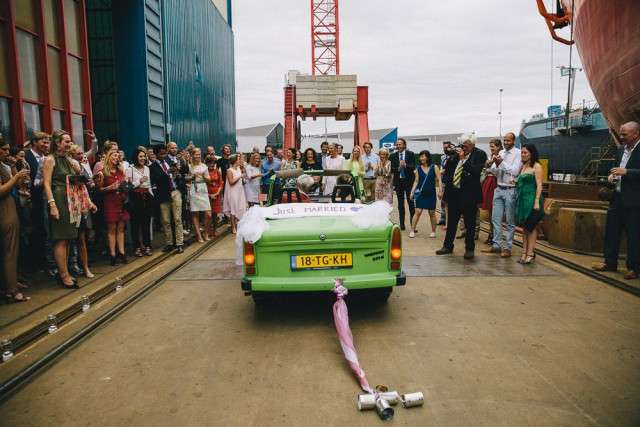 The ceremony was held at an old water tower surrounded by a garden. “After a short boat trip with our family we arrived at an old water tower surrounded by a lovely garden”, Esther explained. “The ceremony took place in a glass house and was full of personal stories and beautiful speeches. After the toast in the garden we went to the shipyard (my parents surprised us with an East-German Trabant to drive us there) where we had more drinks, dinner and then an amazing party which kicked off with our opening salsa dance.” 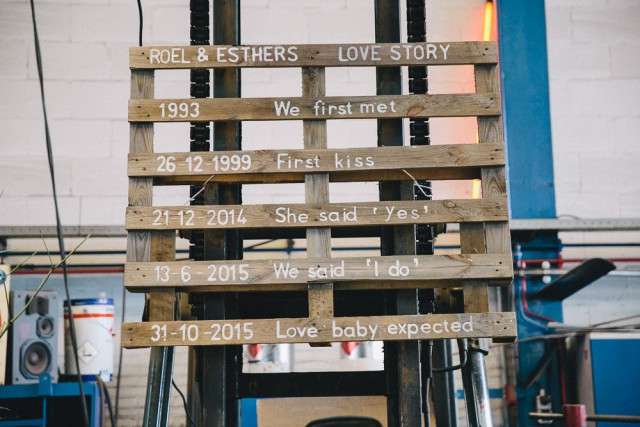 The space was decorated with things made by the couple themselves and their friends. “Everything was custom made by us or our friends. We bought meters of coloured ribbon during our holiday in Vietnam (much cheaper than in Holland!) The LOVE letters, signs and pallets with the menu and our love story were made by friends of my parents. The DJ booth was made of old pallets by a friend. During the last few months our friends and family saved glass jars and tins which were used for wild flowers and candles.” 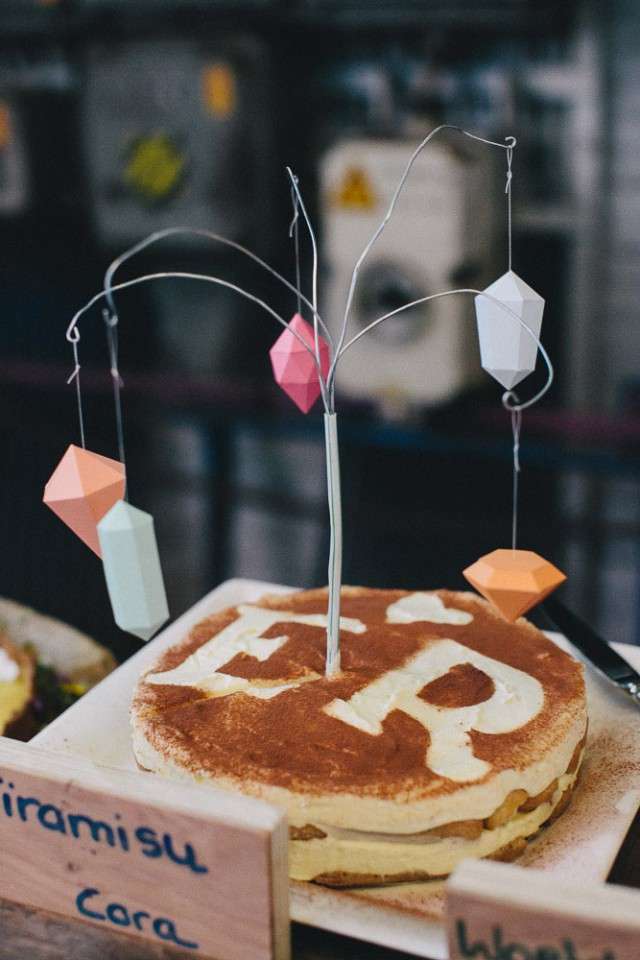 “The diamonds on our invitation (which was designed by a friend) were displayed as real 3D elements at the party location. My aunt and cousin folded these diamonds out of coloured cardboard. I am extremely proud that we managed to organise such a fantastic, personal and custom made day with the support of our friends and family in only 5 months.” 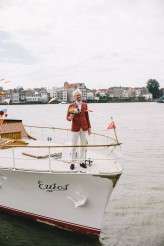 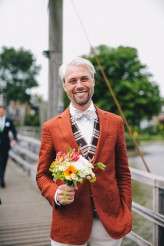 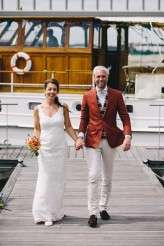 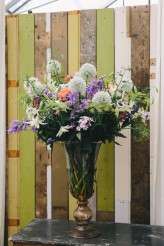 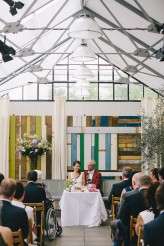 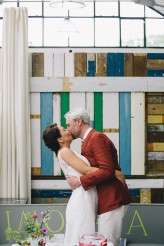 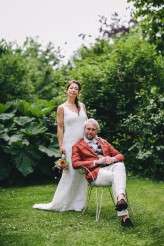 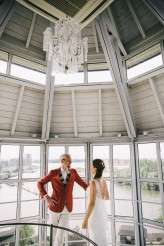 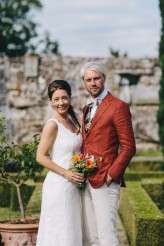 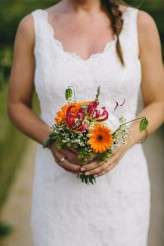 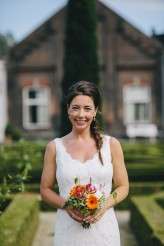 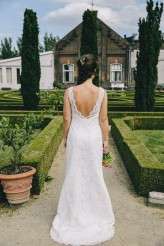 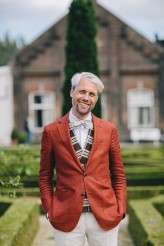 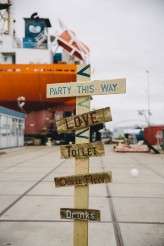 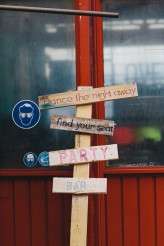 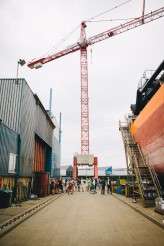 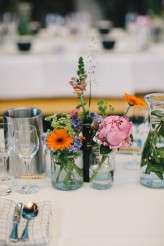 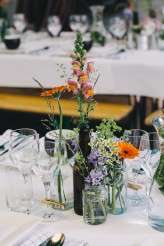 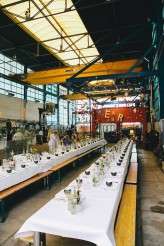 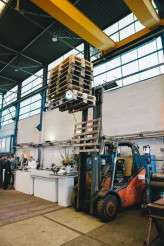 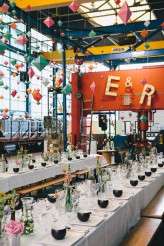