Sometimes it’s hard for me to believe that this is actually my life. While it isn’t rainbows, unicorns and kittens all of the time, and I’ve never worked longer or harder, I am undeniably grateful that I get to do something I love every single day.

Eight years ago today I posted my very first article on this blog. I was working at a shopping channel and although I enjoyed it most of the time, there was always a undercurrent of sadness in my life. The “Is this really it?” mentality. This was something that had been following me ever since I was 14 years old. I’m sure some of you already know that I had a tough time growing up. I had depression, I self harmed, I had an eating disorder, I even tried to kill myself on more than one occasion. I remember around that time my mother would always say to me, “God had a plan” and “You can’t give up, you are destined for the most wonderful things”. Now, I’m not sure about the whole God thing, but even in my darkest moments I did quietly hope that she was right, and that one day I’d wake up and have it all figured out.

Of course there never was just ‘one day’. There was no single moment when everything changed. These things never work like that and it was a very long process to getting from that place I was as a teenager, to a position where I actually felt I had something to offer by starting a blog. The changes I made in my life between then and 2007, when I registered my free blogspot.com domain, were MASSIVE, and most of them were down to the wonderful man that wanted to marry me. I can’t even tell you how much Gareth has done for me. He quite literally saved my life. He was also the inspiration to start this website. I mean, without him I wouldn’t have been getting married and so I wouldn’t have started a blog to share my wedding planning journey!

So we’re now at 30th October 2007 and I start this site with no agenda other than I want to talk about my wedding (without bothering my friends and family – ha!) It’s the ultimate cliché, but I had no idea what it could become and how it might evolve. We got married in April 2008 and after the wedding was over, I still kept the blog going by sharing cool weddings that I’d found elsewhere online. I used to trawl wedding photography groups on Flickr (oh remember Flickr!?), I would ask other brides in the forums I frequented if I could share their stories, I sometimes re-blogged weddings I saw on other wedding blogs.

However it wasn’t until January 2009 that everything changed. I guess I should backtrack the story slightly and admit that I am the least technical person I know. I touch a Mac and it explodes, I’m always the one dropping or otherwise breaking something on my phone, I know how to use the back-end of my website to upload images and text, but anything more technical than that and I’m a disaster. Thank God a married the ultimate computer geek!

Anyway, its January 2009 and I decide that I want to put Google Analytics onto my site to see how many visitors it was getting. It looked easy enough but me being me, I messed it up and SOMEHOW managed to delete the whole thing! To this day Gareth has no idea how I did it, “But surely there were pop ups saying ‘if you do this the blog will be deleted are you SURE you want to proceed? Really? Are you definitely sure?!'” I have no idea what happened, but all I do know is I did something wrong and the blog was gone forever, KAPUT, DONE, FINITO! Buried in the depths of the Google graveyard.

Yes, there were tears! But Gareth, my geek in shining armour, came to my rescue yet again and set me up with a brand new blog. We bought the .com, switched to WordPress (a much more superior blogging platform to the free one I was using) and I started the whole thing over.

At the time I was SO gutted that my blog was gone, but it was actually the best thing to ever happen. Not only did it mean most of my very early, very embarrassing posts about my own wedding were gone forever (you can see what the old blog looked like here, totally legit right?!) but it also forced me to start again and re-evaluate what I really wanted to do with this space. 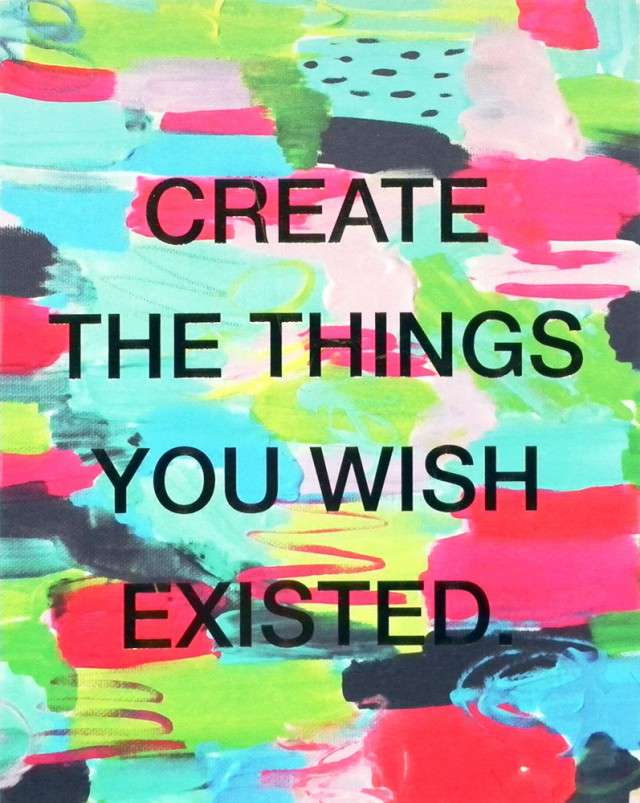 So I found a gap in the market, I started filling it and the blog was an overnight sensation. I started getting millions of hits and brands throwing money at me, desperate for me to promote them to my readers. I quit my job, bought a big house and started living the dream.

Well, I’m sorry to break it to you but that isn’t exactly how it happened! If I was to go into every little step between then and now this would be the longest blog post in the world, so let’s just say it was, and still is, a process. There was never one big moment that made me think “I’ve made it!” In fact I still don’t think I’m quite there – there are so many other things to do, so many things yet to achieve, a million more milestones to hit.

However what did happen was a series of little moments and triumphs stitched together to eventually lead me right here. The magazine, for example, came about because were were invited to exhibit at a wedding fair in 2011 and we decided we needed something to give people to show them what Rock n Roll Bride was all about. We basically made a brochure, but we decided to call it a magazine. That’s way sexier right? People were so excited about ‘the Rock n Roll Bride magazine’ that we went on to self-publish three annual mags from 2011-2013, and at the end of 2014 we upped the ante by making it bi-monthly and selling it in real life shops. If you had told me in 2011 that we should start a ‘proper wedding magazine’ I would have never done it. It would have felt too big and too scary.

It’s all about the journey. In business (and in life) the journey you take is the most important thing. The outcome is just one tiny part of it. By focusing too much on what you want, you run the risk of missing all those amazing moments that will shape you along the way.

My inbox is often filled with emails from people asking for my advice for their own businesses. Sometimes it feels like they expect me to be able to give them the magic bullet that will solve all their problems and enable them to make a success of what they do instantly. And I always tell them the same thing – there is no quick fix. They have to have their own journey.

You really just have to try things out and see where they lead. You have to rise and fall. You’ll have little successes and epic failures. You’ll face closed doors, people telling you “no” and others telling you that your idea will never work. But sometimes when that door slams in your face, on the other side of the room there’ll be a window, just open a crack so you can push your way through. Get out there and hustle. Try things out, see what sticks.

I love that when I started blogging I had no idea where it could lead. I just blogged because I HAD TO, I had so much to say! Remember this was before Twitter, Instagram, Pinterest… even before Facebook was the behemoth that it is today. I wanted a voice and a blog was the perfect platform.

I didn’t start with a roadmap of where I wanted to go and what I wanted to achieve. And while I do believe that having goals is definitely a good thing, I am eternally grateful for where my journey lead me. I mean, if I had known in the beginning that my goal was to start a magazine, I could have done it all a hell of a lot quicker than eight years later. But I am really glad that, for me anyway, I was just able to follow my bliss, to do things that made me happy, to work with people who lit me up, and to turn that embarrassing blog from 2007 into the Rock n Roll Bride you are reading today.

Wherever you are in your journey, always remember that whatever happens, IT IS YOURS. No-one else has complete control over your life so why not just go out and do whatever makes you happy?