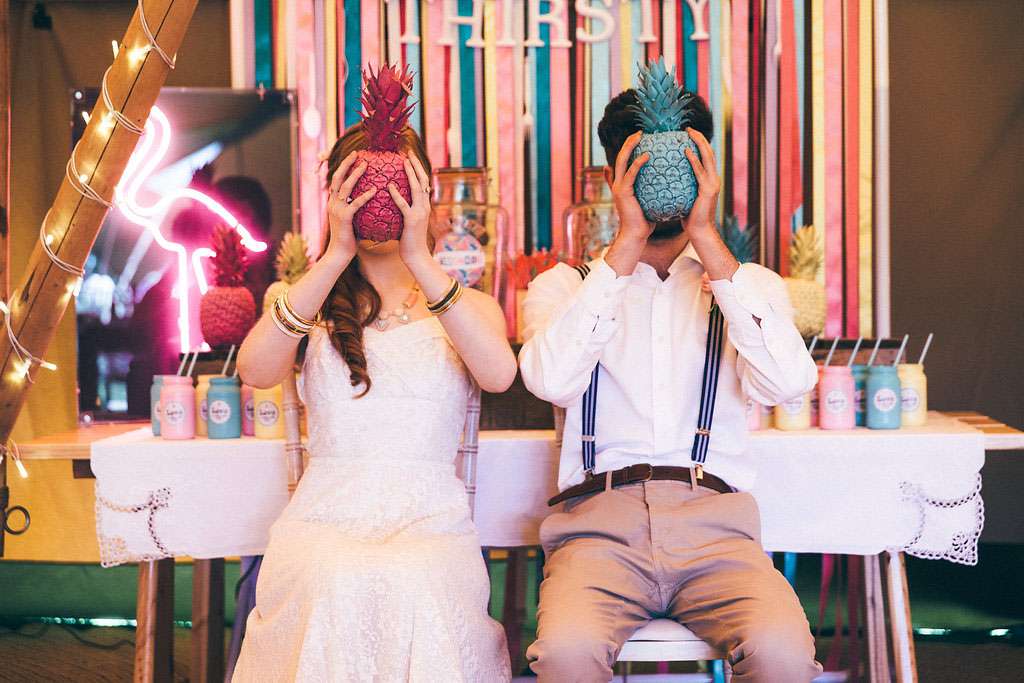 Centred around some seriously impressive tipis that were set up in the heart of the picturesque Derbyshire Peak District, this shoot was created to showcase colourful, fun and more abstract wedding styling ideas. 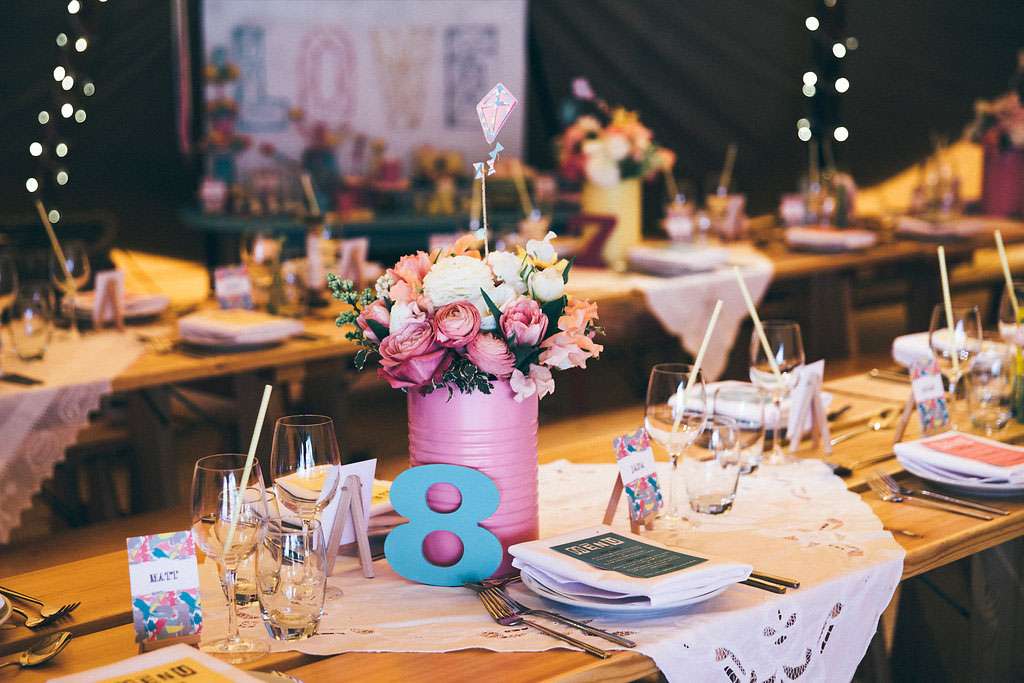 “The inspiration behind the shoot involved tapping into the emerging trend for paint splashes and abstract art and combining this with the concept of upcycling”, said Kimberley of Peaktipis. “We wanted to re-purpose everyday items to give them a new found use and beauty. The palette was fun, springtime, and candy sweet to contrast with the upcycled elements and also keep a romantic, feminine theme. We also incorporated neon signage as a statement.” 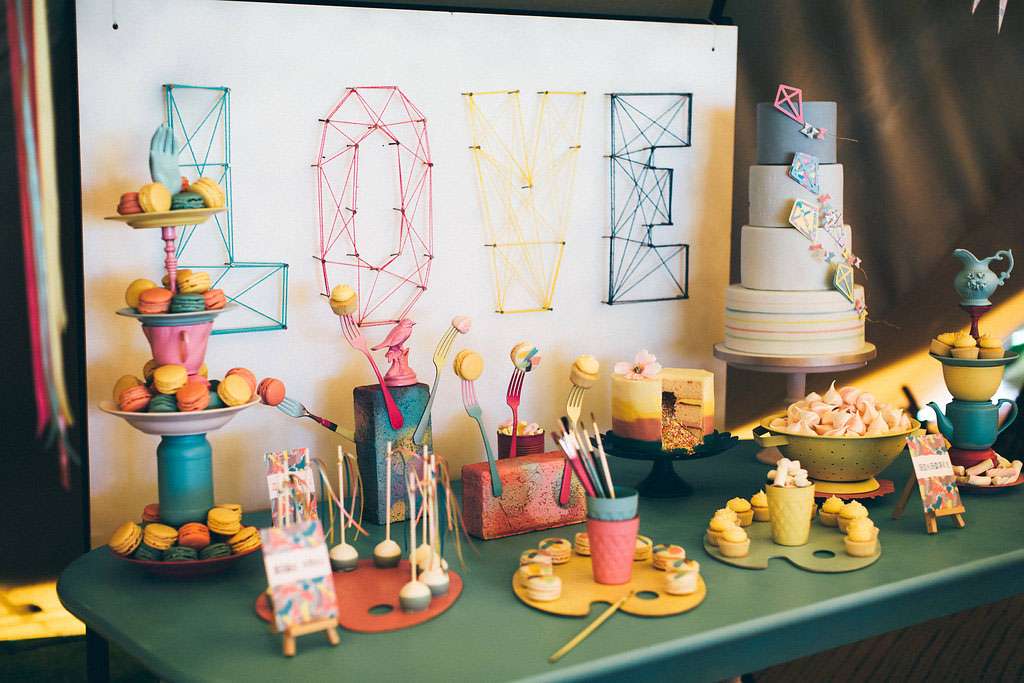 “We wanted to push the boundaries and challenge the stereotypical ‘safe’ wedding themes out there. We wanted to be forward-thinking and to create something that could be a popular wedding trend in future. The beauty of this theme is that the very nature of re-purposing means that brides and grooms would easily be able to emulate what we’ve done.” 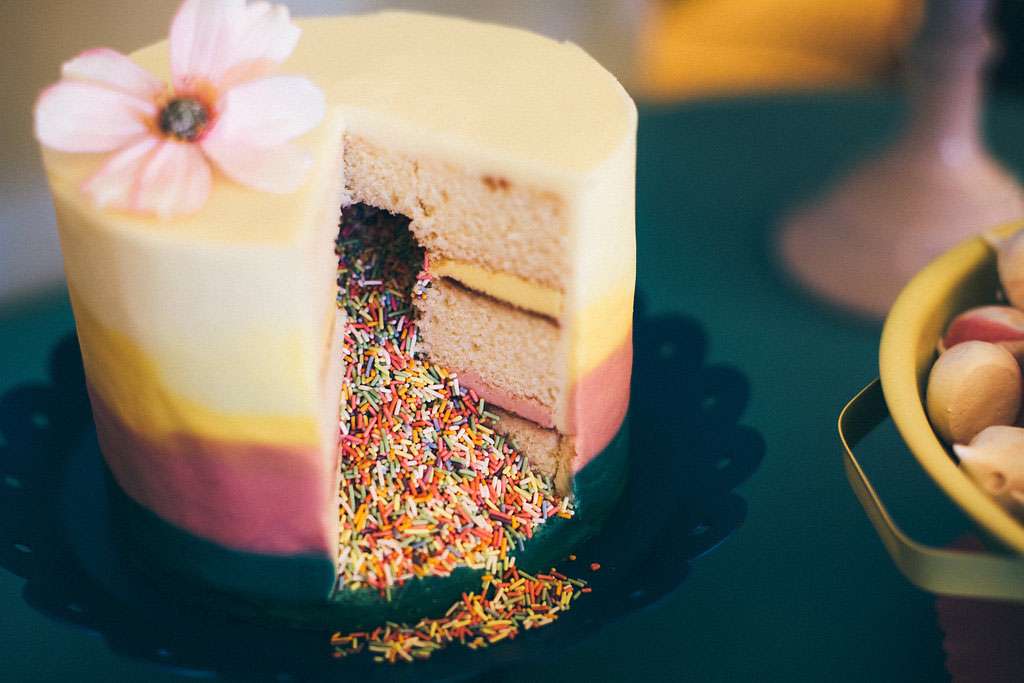 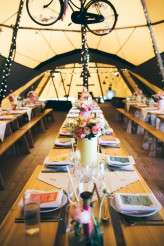 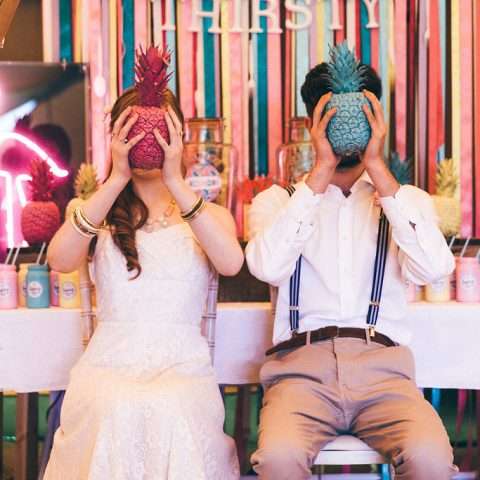 The Glitter & The Colour: A Modern Festival Inspired Styled Shoot

While all weddings are of course unique in their own way, there are a few themes here at Rock n Roll Bride that, behind the scenes, we’ve been calling nu-trad; you know, like nu-metal, but for weddings. The Limp Bizkit of matrimony, if you will. ‘Festival weddings’ being one of them. There’s a very good reason that things become popular - certain styles, like dusky foliage, painted leather jackets and dainty flower-crowns look beautiful together, so by all means there’s no harm rocking these things if you think they represent you.

It’s 2019, so obviously you’re aware that styling your wedding no longer means having sleepless nights over what Auntie Maude will think of your choice of complementary bridesmaid dresses or meticulously matching the exact shade of sage green of your napkins to - well, anything. You’re fully aware that it’s a-okay to wear a black dress, rock a floral suit or dye your hair pink if you want to. I’d bet you’re constantly tagged in posts about unicorn fashion / rainbow cake / other slightly out-dated but once-alternative fashions by well-meaning but slightly clueless friends and family as the token ~Colourful One~. But when it comes to actually using colour in your big day, are you feeling stumped with where to start and how to get achieve the perfect balance between insta-worthy colour clash and a big old mess?

Creating a shoot for inspiration, photographer Claire Gutierrez‘s concept was the love-child of Baz Luhrmann’s Romeo and Juliet and HBO’s Euphoria. Bringing together the best wedding suppliers, the result was a celebration of creativity, romance and queer representation.