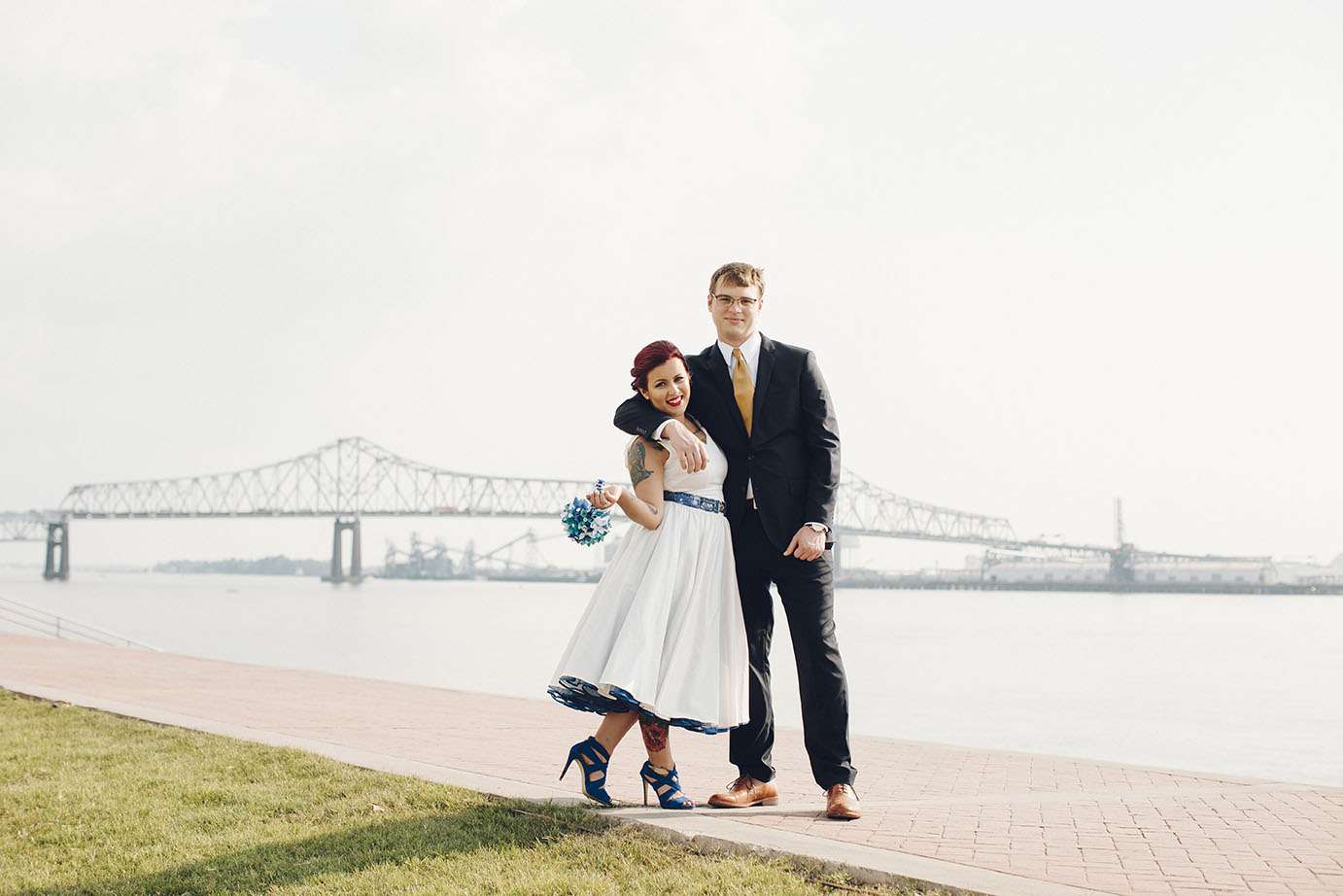 “We didn’t have a wedding party or any of the usual wedding traditions”, said the bride. “One thing that I particularly think that made our wedding unique was how much the wedding reflected our own style. From our rings matching (tungsten carbide rings with carbon fibre), to my dress and Star Wars inspired the accessories! We wrote our ow vows and the judge even said they were the best ones he’d heard in 20 years. Everything was very true to our fun personalities and tried to not get caught up in all the craziness that weddings can be.” 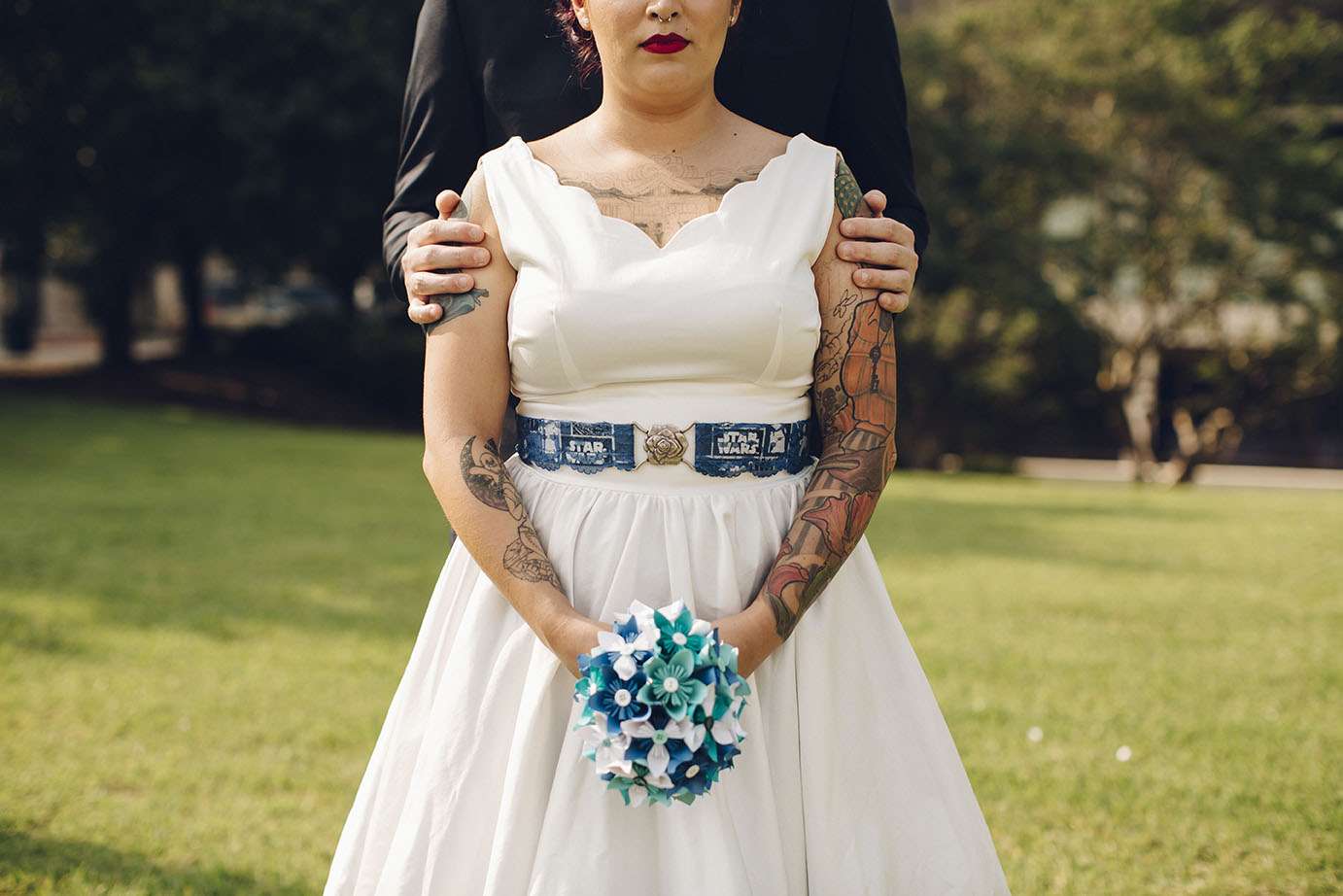 The wedding was held at a restaurant, Little Village On The River. “Our budget was $5000”, she continued. “My dress was from Unique Vintage and while I did originally want a ‘real’ wedding dress, I knew that the time constraints just would not do. Unique Vintage was a great find. They have lots of vintage and pin-up style dresses. I also got a petticoat in royal blue to add some colour. All in all, I ended up spending less than $250 on my entire outfit. We made the cross stitch centrepieces. Some patterns included Star Wars, Carl and Ellie from ‘Up’, and science themed (as we are both scientists). I also made my belt with some Star Wars fabric and lace.” 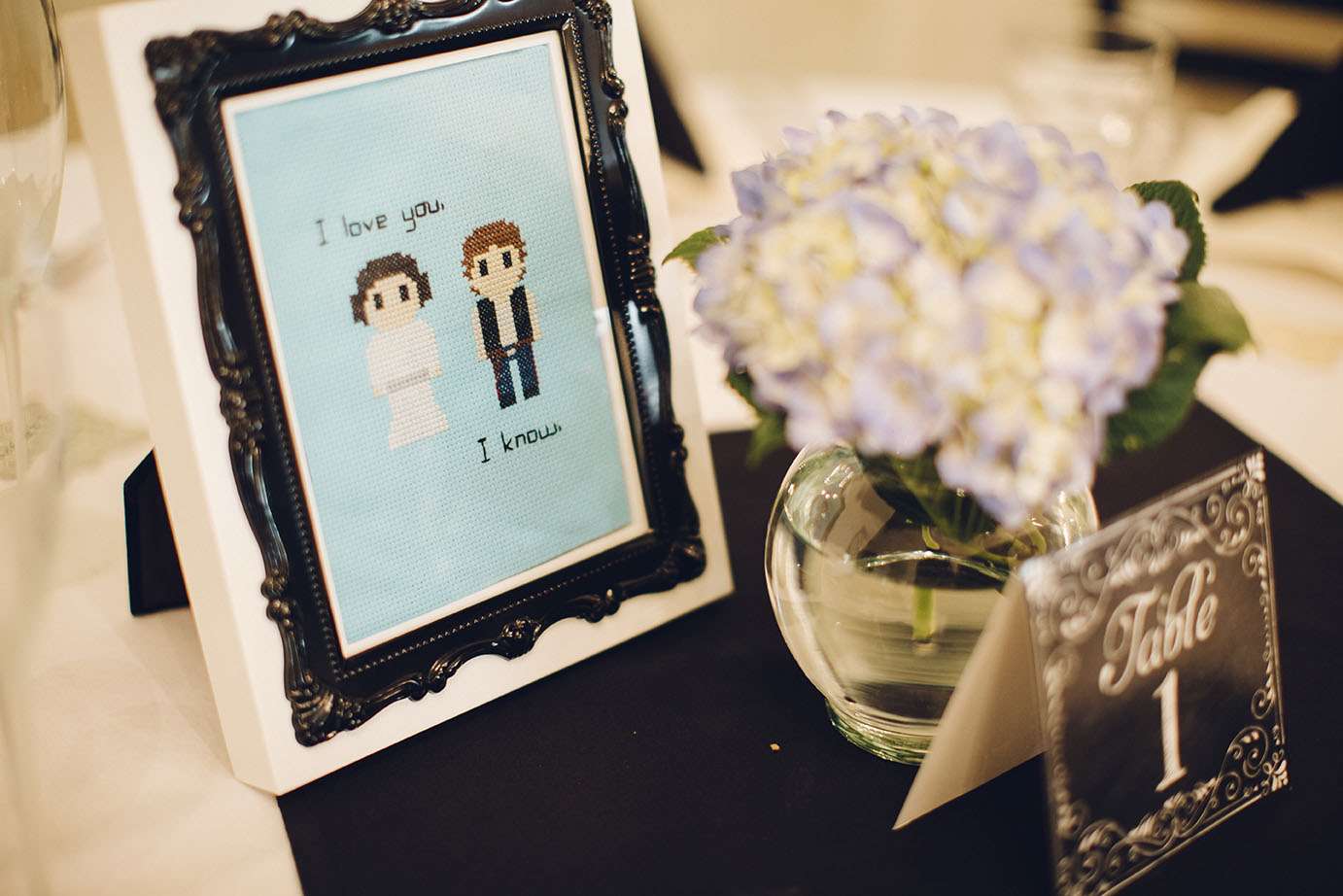 “The only thing I’d really change is I wish we’d given ourselves more time to plan”, she concluded. “Both of us were also finishing up with school and had lots of other things going on at the time so it got very stressful towards the end. But we made it through!” 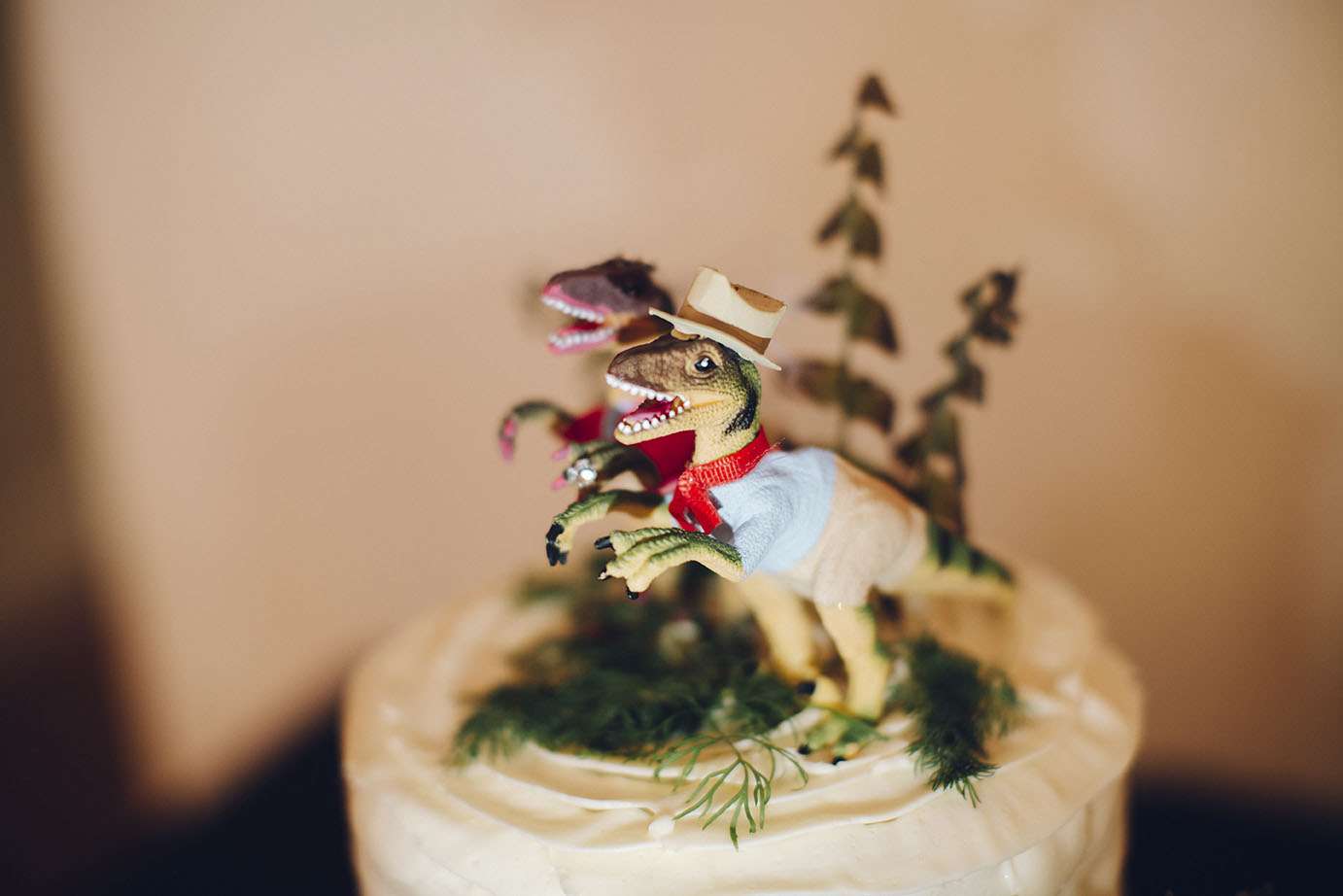 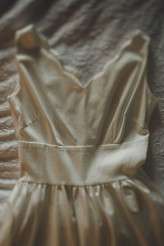 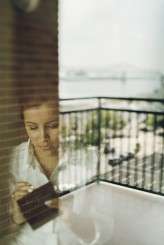 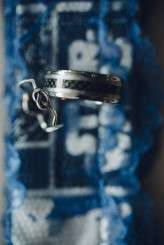 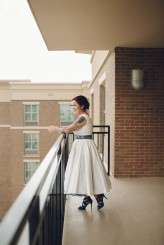 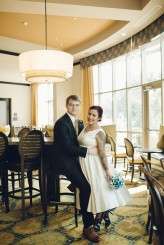 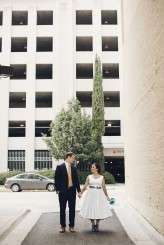 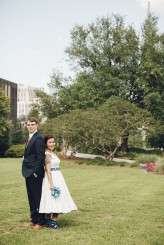 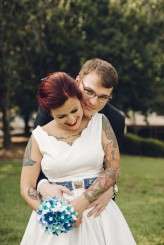 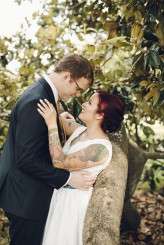 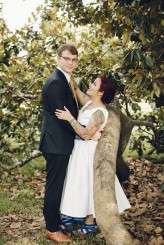 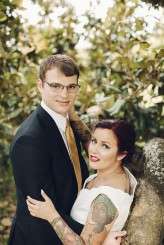 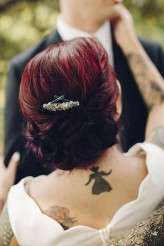 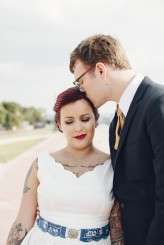 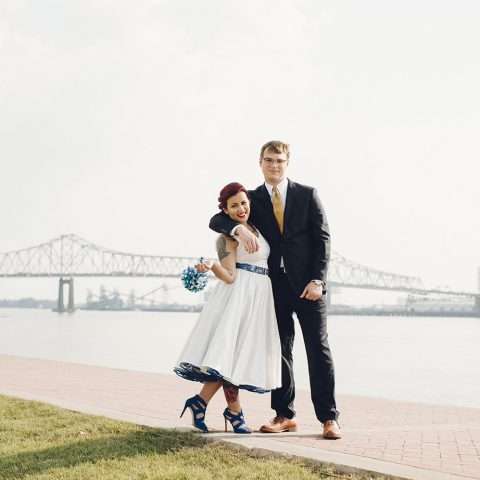 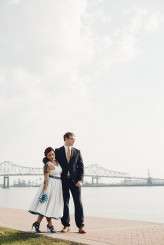 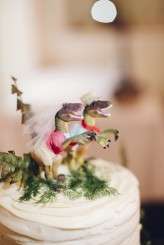 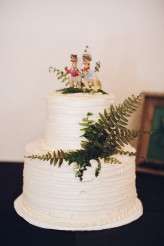 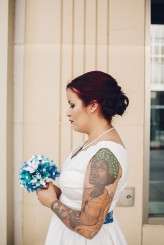 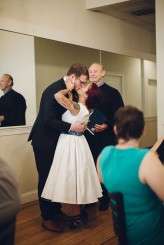 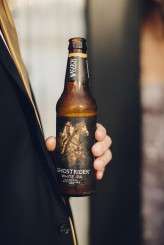 When my favourite vintage wedding dress shop launched their own, self designed, collection based on vintage styles (but able to be sized up to a Uk size 22!) I was super excited to be able to host an exclusive competition for one of my readers to win one. Alongside Fur Coat No Knickers founders and designers Emma and Laura, I read every single entry, eventually picking the gorgeous Diana as our winner. Her story touched our hearts and we were all so honoured to be able to fulfil her dream to feel beautiful on her wedding day.