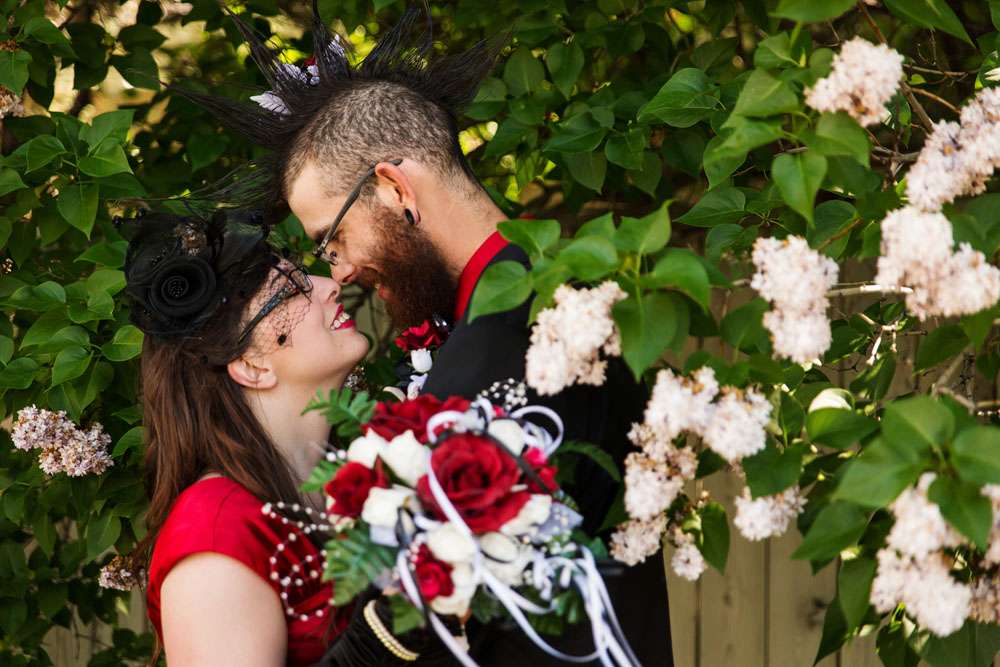 Pin up and punk might not be two styles that you’d automatically think worked together, but Katie and Tony’s wedding certainly disputes that! They were married in Gyro Park in Alberta.

“I am a fan of all things retro and Tony is a metal-head”, the bride explained. “So we wanted to merge our two styles together so that the wedding expressed both of us. We put lots of personal touches into the day. I chose a red dress because white didn’t feel like ‘me’.” 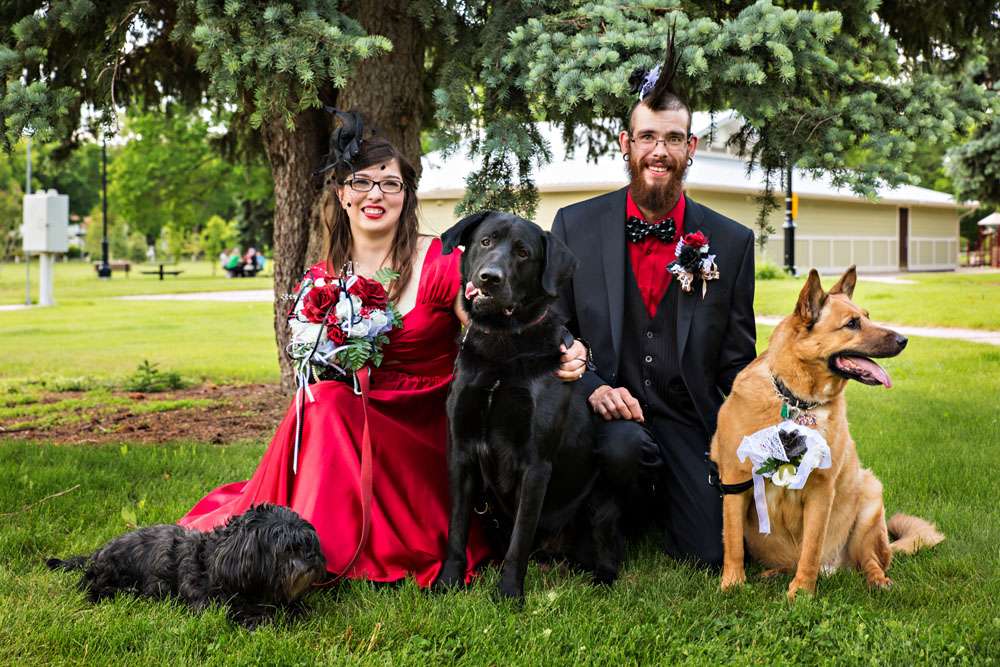 “Our receiving line song while entering the reception hall was Vermillion by Slipknot, one of Tony’s favourite bands. Our first dance song was Slipknot’s Vermillion II and our wedding party dance song was a song from my favourite female artist, Stevie Nicks, Cheaper than Free which is the same song I walked down the aisle to.”

The couple’s budget was $6000 and they made almost everything themselves. Most of the décor was made from items from dollar stores! “There wasn’t a whole lot of money spent on things like flowers and linens and rentals. The table cloths and things for the centrepieces were all from the dollar store and I think they turned out beautifully.” 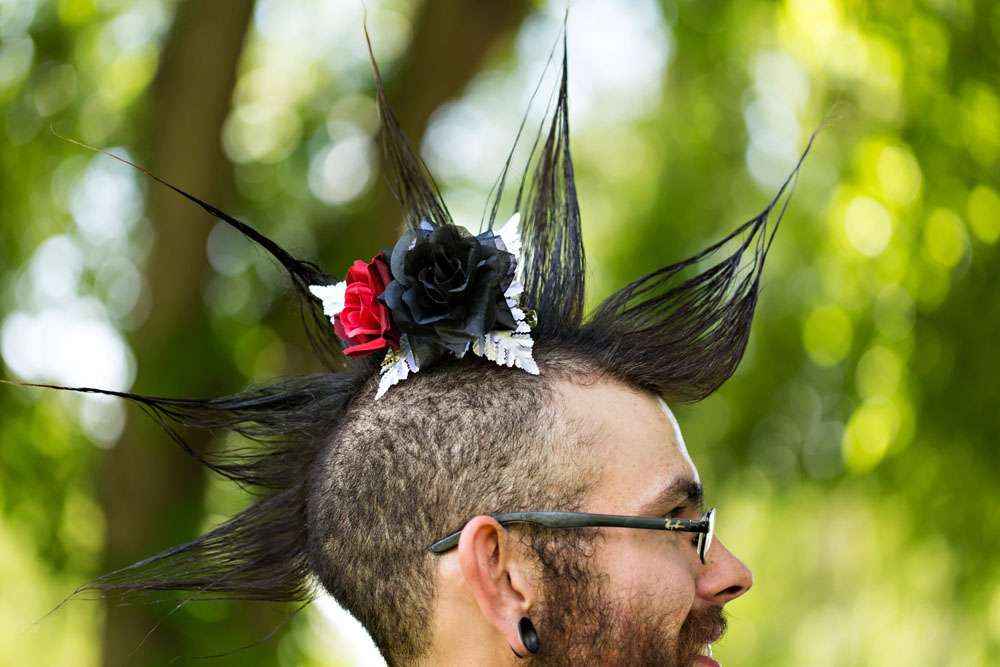 “The skull heads on the top table were actually Halloween decorations. I found them in Michael’s and they matched the wedding so well. We named tables after band names. I made the heart garlands as well that were hanging on the front of the tables with string and scrapbook paper.”

“Our dinner and desserts were all homemade by family and friends. It put a very homey touch to it and it was a real collaborative effort. Tony’s grandparents made potatoes and salads, my maid of honour’s mother made the roast and veggies, my maid of honour worked tirelessly the week of the wedding to make mini pies, bars and various treats for the coffee bar for dessert.” 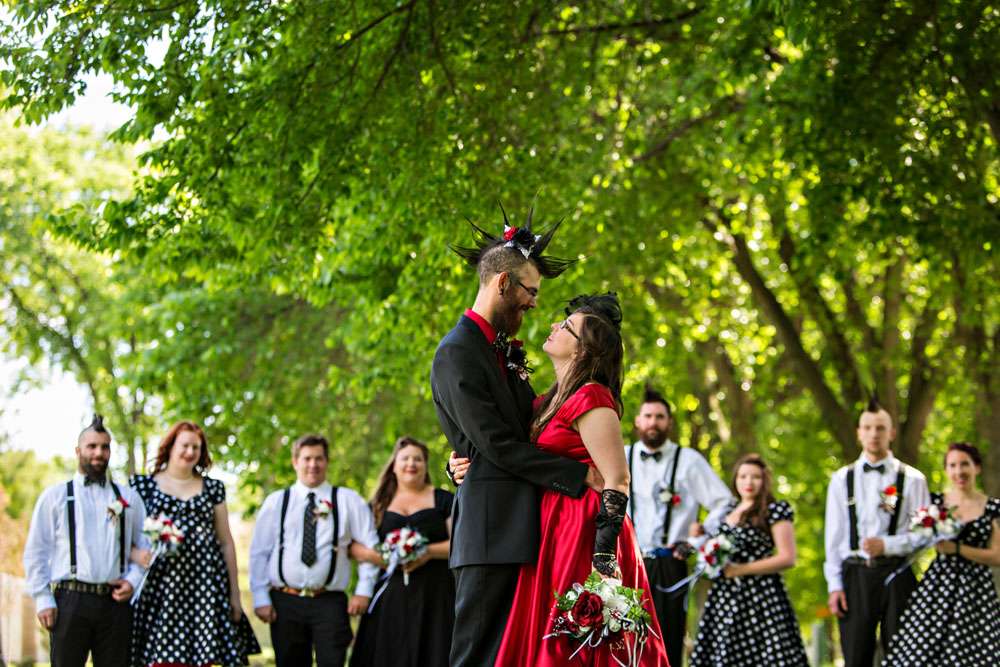 “We had cupcakes instead of a traditional wedding cake which were made by Tony’s mother. The flowers were all put together by his grandmother, a former florist. I am really glad we did it that way because it felt like it brought our families and friends together. It put a real personal and family touch on the wedding which was really sweet.” 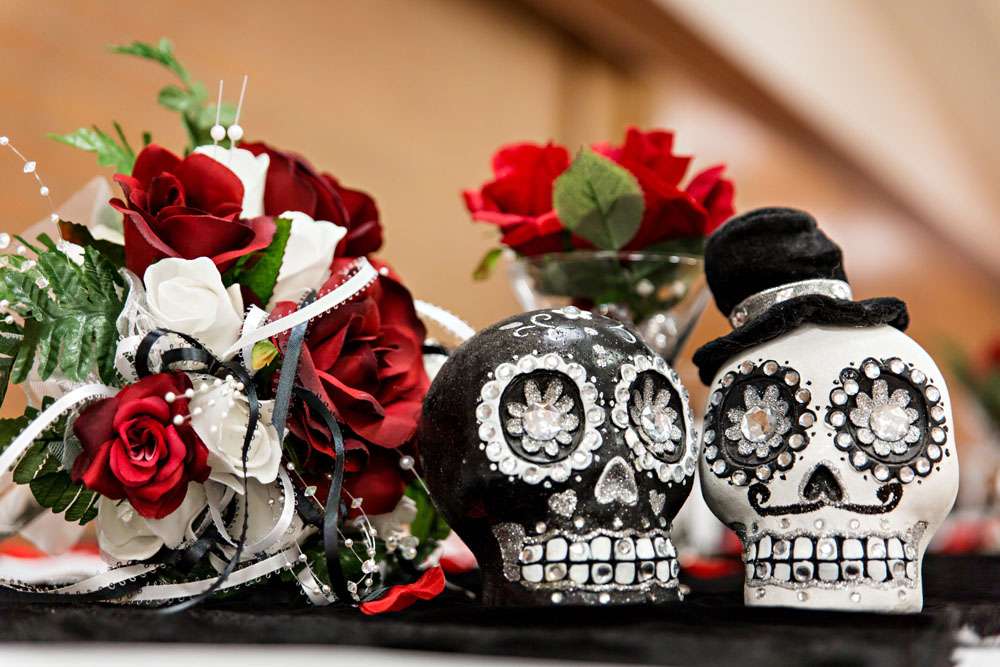 “In the end we actually had much smaller turnout than expected for the reception, so it was mostly the families and wedding party and close friends there”, Katie concluded. “I remember at one point of the night, drinking a Cosmopolitan and feeling a little disappointed at the turnout and how many people didn’t come. Then I looked around at my wedding party, laughing and drinking, together. Some were on the dance floor and others took their drunken shenanigans to the photo booth. I smiled, realising that, small turn out or not, those who did come were enjoying my wedding and I decided to do the same.” 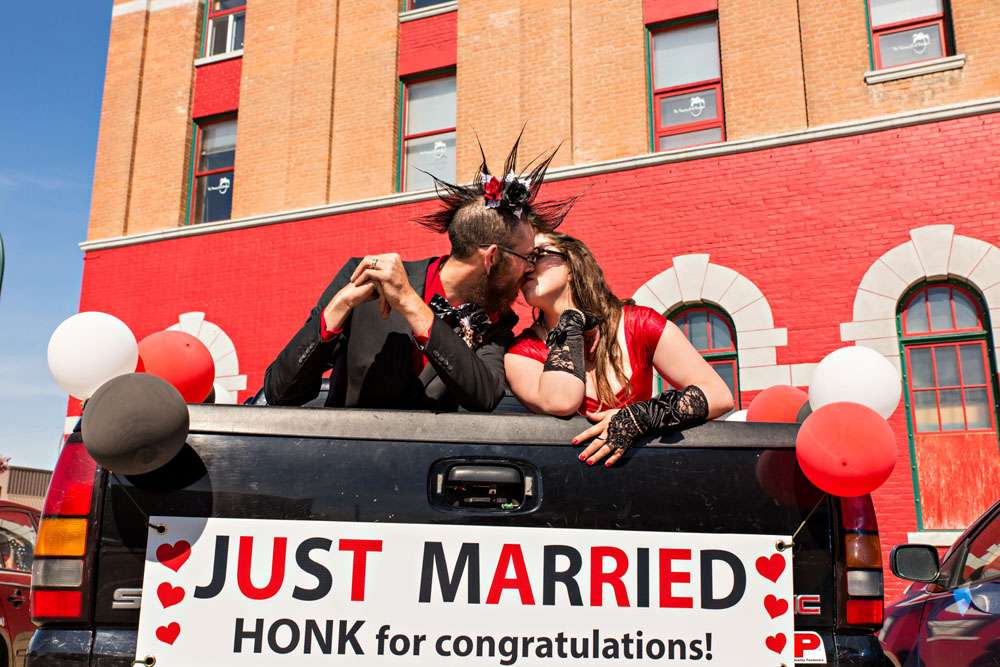 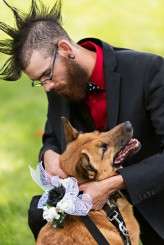 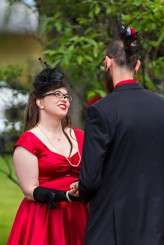 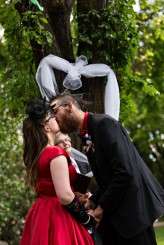 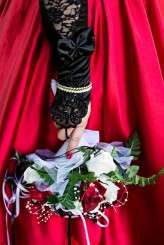 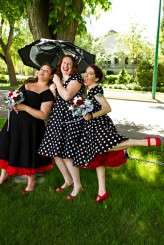 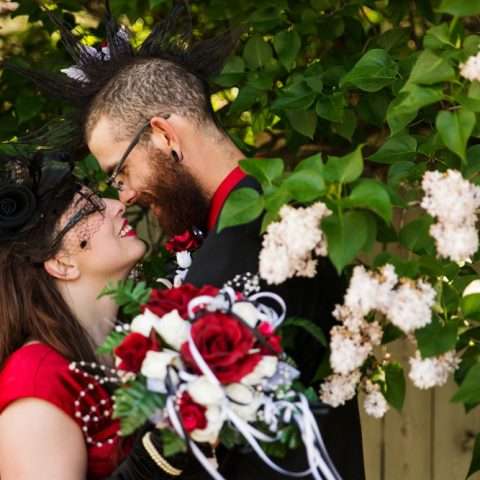 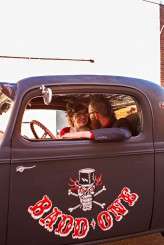 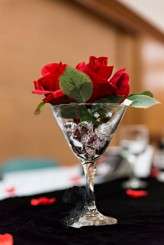 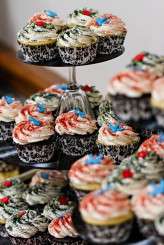 Rebecca & Gabriel's Canadian wedding took place in November. Toronto City Hall hosted their ceremony, and they selected Caju Restaurant for a low key and casual reception. Gabriel is from Brazil so the cuisine of the restaurant provided a nod to his family and heritage.

Josh & Jaclyn were legally married on July 13th but had their reception on the 16th at Smith & Wilson Winery in Cedar Springs, Ontario. "We decided to have the reception and the ceremony were on separate dates," Jaclyn told me. "On the Wednesday before the Saturday reception Josh, I, our parents and two close friends went to city hall for a justice of the peace ceremony. It was really relaxed - we didn’t even dress up in our fancy wedding attire. I wanted this because wedding ceremonies always bore me to tears and didn’t want to put our guests through that. It is also a good thing because I got a case of the giggles so bad that tears streamed down my face and we had to pause so I could catch my breath. That would have been so horrible in front of 100+ people!"

Blake and Ellen wanted their wedding to be as laid back as possible for their guests and themselves. They had their ceremony in a reconsecrated church and their reception at 06 St Chad’s Place in Kings Cross.