Blake and Ellen wanted their wedding to be as laid back as possible for their guests and themselves. They had their ceremony in a reconsecrated church and their reception at 06 St Chad’s Place in Kings Cross.

“The main idea for our wedding was to have it relaxed”, the bride explained. “We just wanted everyone to have a good time and for us not to be stressed out or worried about anything but still not lose some of the traditions. For example we had our ceremony in a church but as it was reconsecrated we could have drinks and nibbles when people arrived. It was a fun start and everyone was in a good mood right from the beginning.” 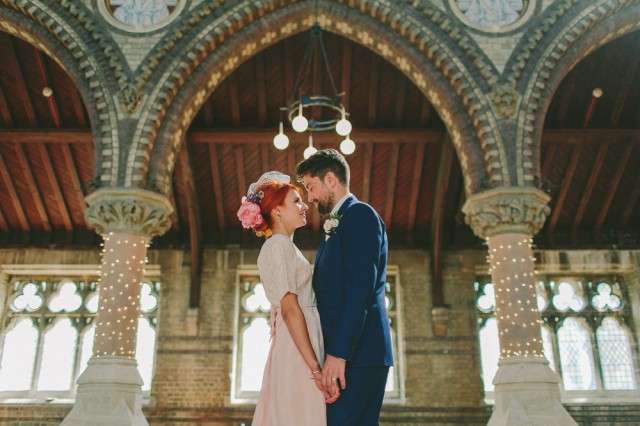 “We also thought it would be fun, even though we were having a civil ceremony, to have some ‘hymns’, but instead of religious ones we had a couple of our favourite classic sing-alongs including Mandy by Barry Manilow and I love you baby by Frankie Valli. We didn’t know how it would go down with the congregation but everyone joined in and it was a particular highlight. it was such an unforgettable moment when everyone came together and it was the perfect start to the perfect day. It also put us both right at ease and settled our nerves and it really was the catalyst for everyone to get into the spirit and just have a great day.” 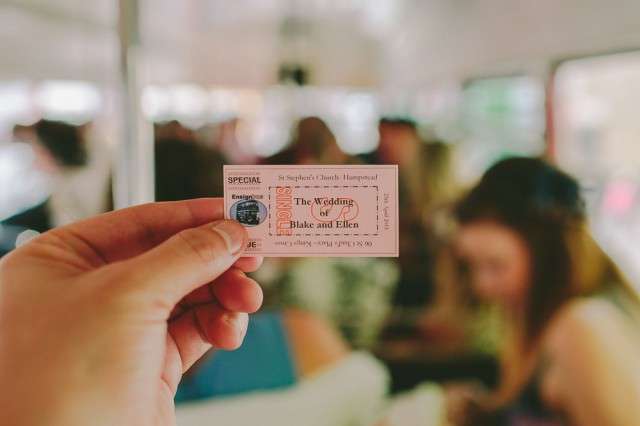 06 St Chad’s Place was the best possible spot for their casual and fuss-free reception. “It was such a lovely venue with high ceilings, exposed beams and lots of natural light”, Ellen continued. “We didn’t really want to mess about with it too much. We liked the idea of having a few fun props and things but didn’t want it to be too over the top and twee. We tried to just keep it a bit simple but with a few fun things. For instance we have a stuffed cockerel at home so we thought we’d bring him along and sit him in a corner! Turns out everyone loves having photos taken with a cock and he became one of the highlights of the day for many people!!” 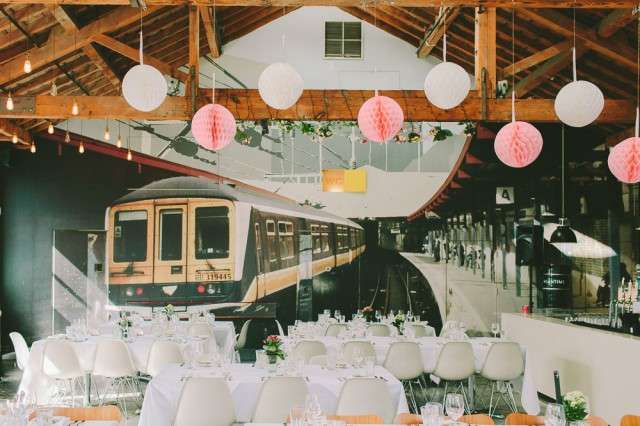 “We had a few DIY elements like my dad painted us a picture (he’s an incredible artist) so we had that hanging up. We also liked the idea of having an instant camera so people could take photos on the day and then write little messages on them. We then made a frame with some string on it so they could peg their photos to it and it became a kind of photo message board. It’s a lovely memento from the day and it also was great fun for everyone too – rather than just taking photos on your phones!” 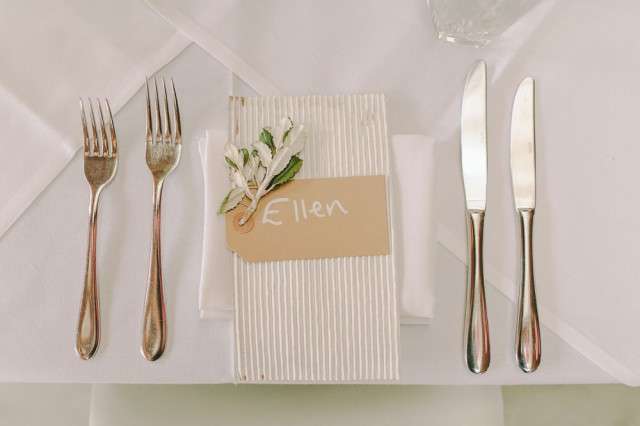 “Our biggest extravagance was probably on the photographer. It was one area we just knew it wasn’t worth trying to save a bit of money on. We Heart Pictures were fantastic and it almost felt like Hector was one of the guests! The photos capture the vibe of the day in a way you just can’t get from anything else so we’re so glad we didn’t cut corners here. We will cherish them forever.” 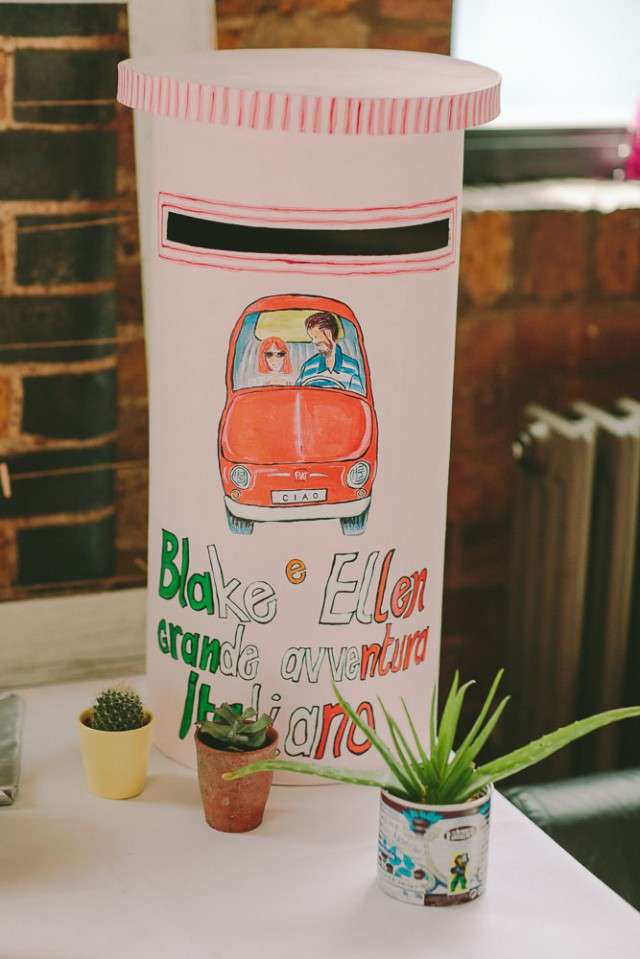 “We really saved on my dress though, it was vintage and £35 from Etsy! Blake’s sister also made the cake. I think ultimately we just didn’t want to waste money on things that we know we could do just as well ourselves. We only wanted to spent the money on things we knew we couldn’t do better ourselves like hair and make up, the photographer and the DJ. In total our wedding cost £8000.” 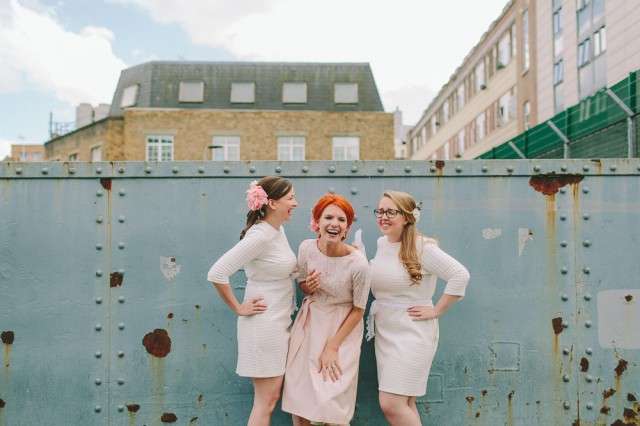 “Our advice for future couples would be to accept people’s offers of help with open arms!” Ellen concluded. “Our friends and family were all great on the day, making sure things ran smoothly and everyone just chipped in and allowed us to enjoy it. Also if things go wrong or run late, don’t worry about it! Nobody cares (or notices) if thing don’t go exactly to plan or schedule. They are there for you, and are just happy to have a good time. Keep them fed and well oiled with champagne and basically you can’t go wrong!” 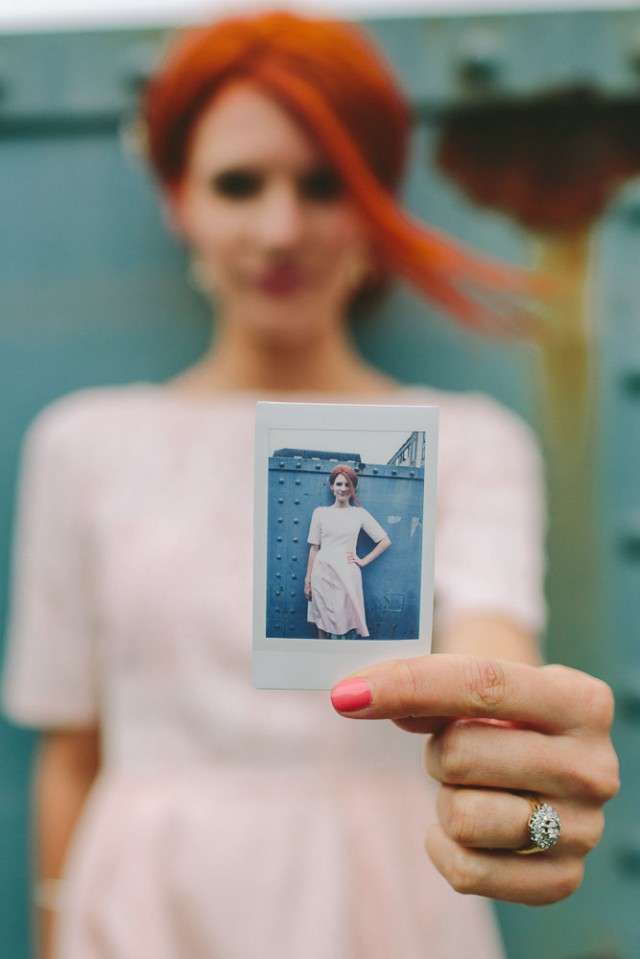 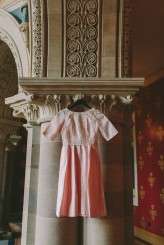 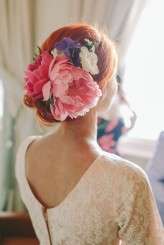 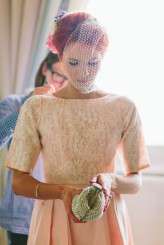 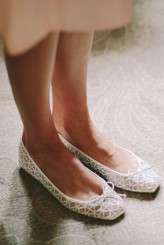 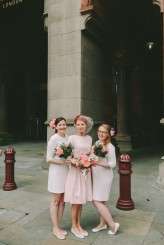 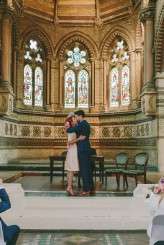 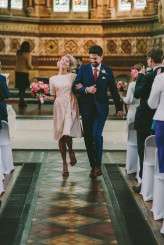 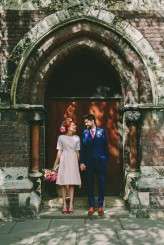 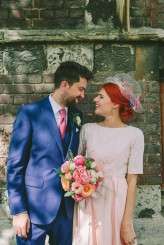 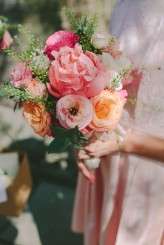 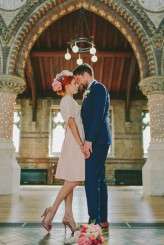 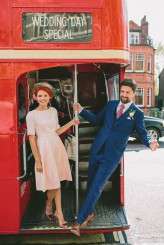 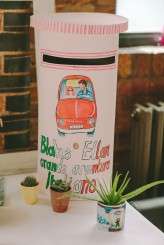 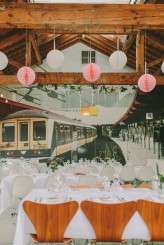 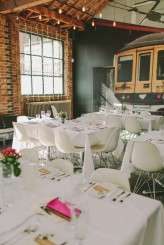 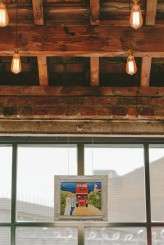 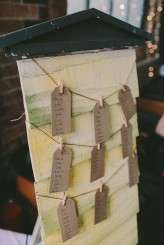 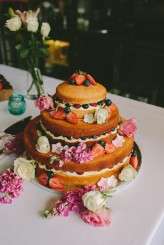 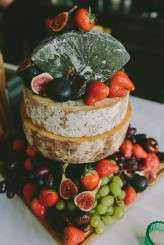 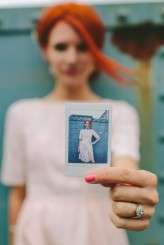