Adam and Mike’s wedding was the first legal ceremony to be held at Lancaster Castle. The ceremony was originally supposed to be at the registrar’s office, but when their reception venue contacted them two months before the wedding to tell them they could now perform ceremonies too, they jumped at the chance to be the first ever couple to be married there.

Their after party location was A-Wing, the former prison wing of the castle which was pretty unique! They didn’t really want a theme or anything complicated, they just wanted their day to bring their friends and families together and for everyone to have a great time. 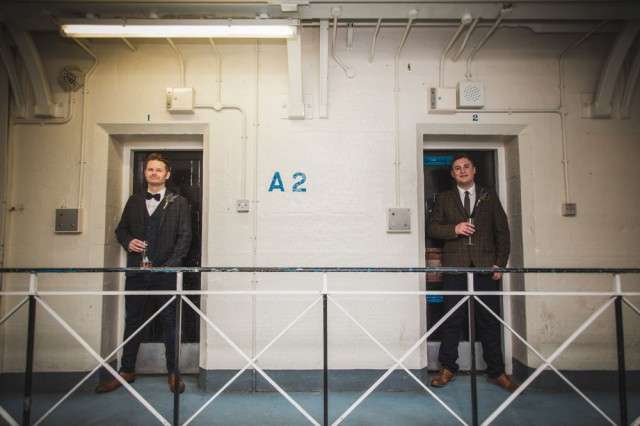 “There was no specific inspiration for our wedding, other than bringing everyone together for a big party”, Adam said. “Our biggest issue was finding somewhere big enough for all our friends and family in Lancaster. We had originally been looking for venues for us to have a joint party for our ‘big’ birthdays, as they are a few days apart. Then I proposed to Mike midnight on New Year’s Eve, so we decided to scrap the birthdays and plan a relaxed fun wedding, with an amazing party instead! The wedding was relaxed and Informal. It wasn’t just a wedding it was a party and celebration. We had some traditional elements, but we mostly wanted to do things our own way.” 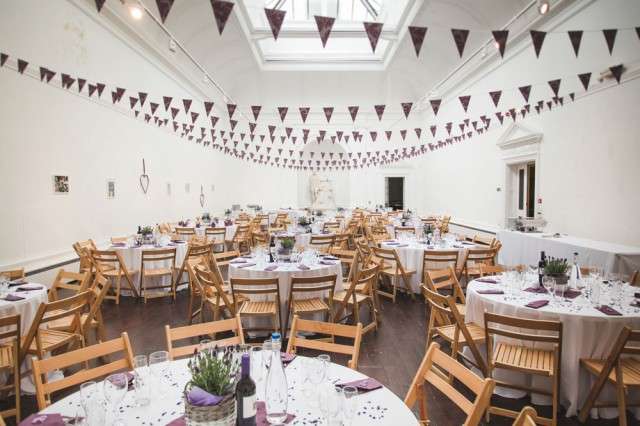 “We did an awful lot of our wedding ourselves”, he continued. “We made all of the bunting using wallpaper. We also decorated all three locations (The Shire for the ceremony, The Storey Institute for the reception and the prison wing for the party!) ourselves. It took hours but we had such a sense of pride knowing we’d done it, and it looked amazing. I also made the seating plan out of pallets and my niece made 150 loom bands for guests using the purple from our wedding colours! The centrepieces were also all DIY and we made our own guest book which was hand stamped labels.” 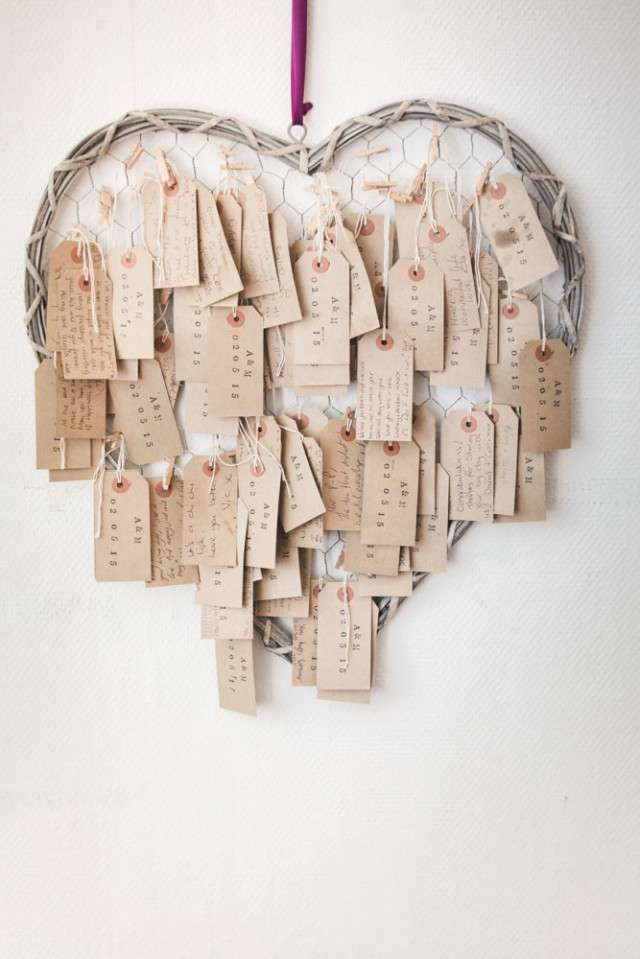 “Bringing all of our family and friends together to celebrate with us was amazing and the best part of our wedding”, he concluded. “The night do in A-Wing was definitely a highlight too!” 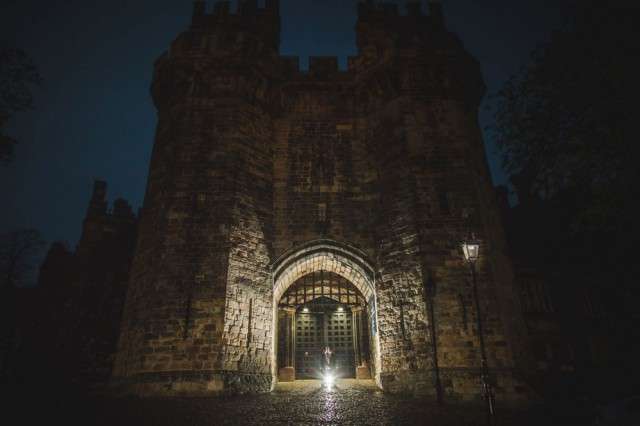 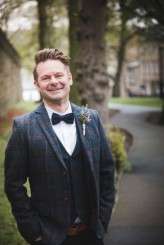 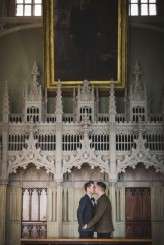 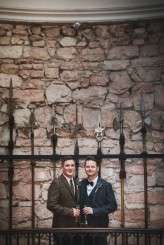 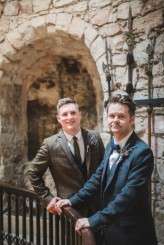 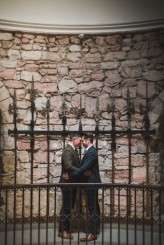 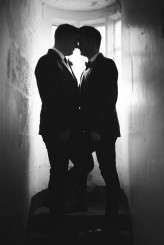 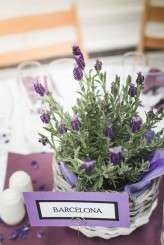 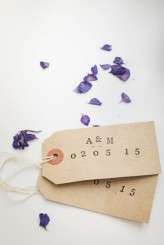 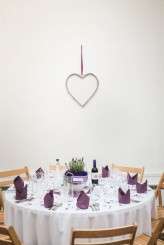 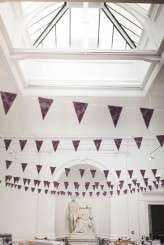 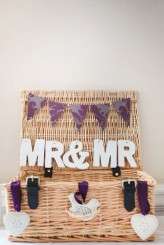 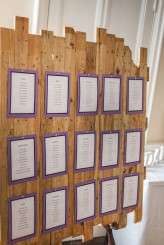 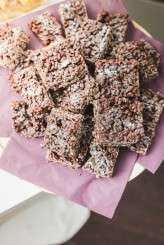 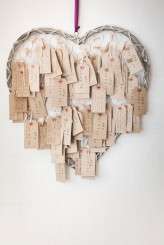 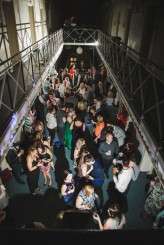 I'm lucky enough to get to blog a lot of gay weddings, and whenever I do I never really like to make a big 'thing' about the fact that is it one. To me, a wedding is a wedding and love is love and whether it's a guy and a girl, two girls or two dudes getting hitched makes not a damn bit of difference. But with Lee & Alistair's wedding, I just can't help but make a point of how happy it makes me to see these two guys getting married. It's so utterly clear from these photos how much in love they are, and I'm so bloody chuffed to be able to share their story with you today.

Sara & Lucy were married in a humanist ceremony at Lewes Castle, just outside of Brighton (they did the 'legal bit' a few days before in Brighton register office). Both girls wore coloured dresses. Sara found her 50s floral number at Fur Coat No Knickers and Lucy wore a a grey dress from Pretty Eccentric. The low key reception was held at Bill's Cafe, an organic restaurant in Brighton, which didn't need much decorating. However they added a few personal touches with the table names, the bunting and the flowers. "Bill's organised all decor", the girls told me. "They were amazing."