Sarah & Carol had a destination wedding in Canada. With Sarah originally from Canada the pair, who now live in Brighton, wanted to fly back for the wedding. “We decided to be married in Sarnia because Carol is incredibly attached to her hometown and the beaches and water of Lake Huron (can you blame her?)”, wrote newlywed Carol. “At the time we booked the venue we thought we would both be living in Canada, so it seemed a natural choice. We chose Sarnia Riding Club as our venue so we could be right next to the water. We knew that whatever continent we decided to do the wedding on, a lot of people who wouldn’t be able to attend, we’re so pleased that so many people made it – and we’ve promised to dance with those who didn’t make it very soon.” 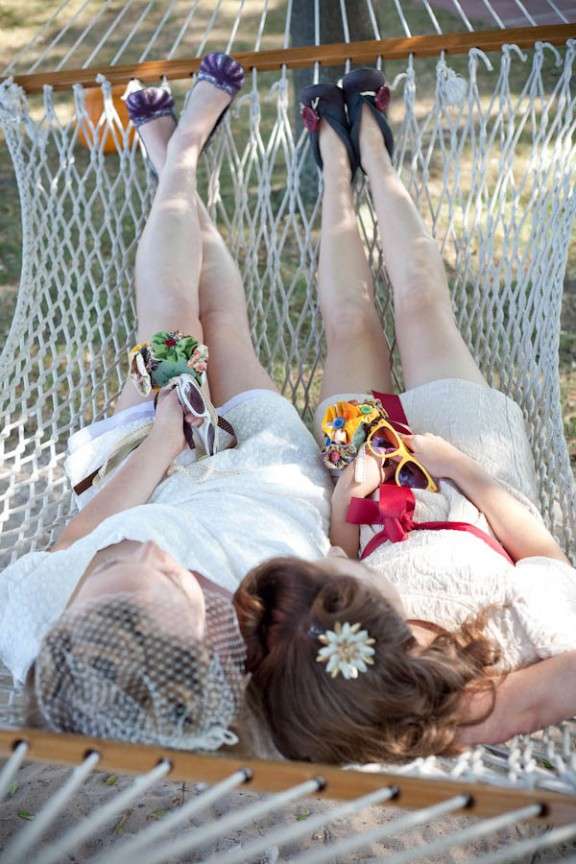 The couple didn’t want to spend a fortune on the wedding, and by doing a lot themselves and making clever choices they were able to keep their entire budget to under £4000. They were able to save money by buying dresses that weren’t ‘wedding dresses’ and by having their friend and professional photographer Alexa Clark Kent (yes really!) photograph the wedding as a gift. Alexa was also the ‘best woman’ so she really worked her butt off at this wedding! 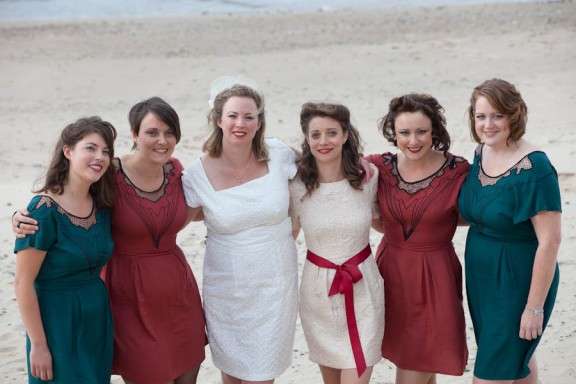 “As neither of us were precious about the ‘rules’ of not seeing one another ahead of the ceremony, we decided to have the ceremony late in the day. That way our niece and nephews wouldn’t miss their naps and we could move straight from ceremony to dinner to dancing. We also didn’t want to force everyone to wait around for dinner while we had our photos done – so we decided to do them ahead of the ceremony. We had about two hours with Alexa, one hour as a couple and then the bridesmaids joined us for a second hour. This actually really helped with the nerves because we had a relaxing afternoon pretending to be models – and having a bit of fun laughing at ourselves. We did of course have a few family shots and group shots to do after the ceremony – but we joined right in with the bubbly with everyone else and didn’t feel we were rushed or missing out on anything. It also meant that we had an hour to ourselves by the water to escape the business and stress that inevitably happens on the day. For all of those reasons – we would definitely recommend doing things this way – unless, of course, you are superstitious!” 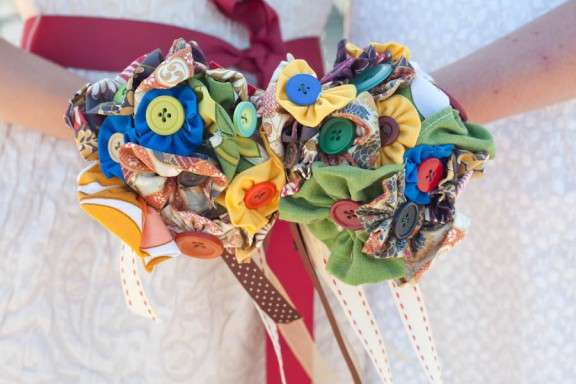 In terms of the 1940s theme, the couple homemade 100 metres of bunting (!), had a ‘telegram’ as the invitations and a ration pack – containing homemade soap, tea, soy milk powder (the wedding was 100% vegan), sugar, seeds and a slice of cake – as favours!

“We both wanted a relatively simple wedding that we could afford”, Sarah continued. “A bit of DIY was the only way to make that happen and also satisfy both of our creative sides so ‘mend and make do’ seemed the ideal thing, while adding a bit of glamour. Also, Carol was born in the wrong decade and has an unusual affinity for Spitfires. The 1940s theme provided a bit of fun for the guests as well who really got behind the idea and meant that they had something to bond over.” 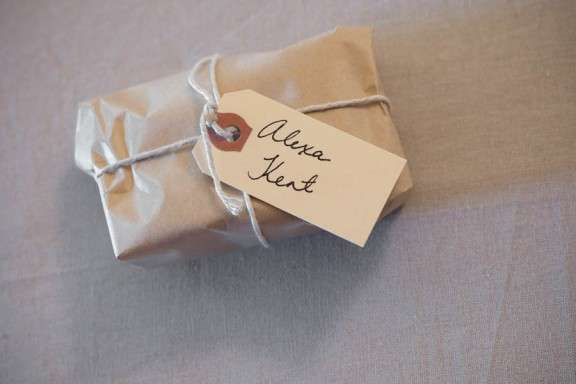 Awesome. Thank you to Carol & Sarah and their photographer Alexa Clark Kent for sharing their gorgeous wedding and all their fabulous DIY ideas with us today. 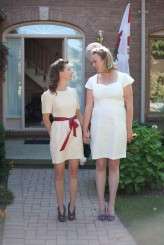 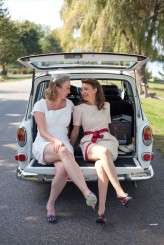 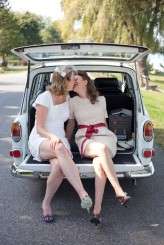 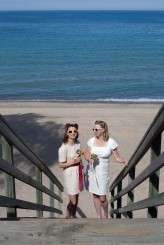 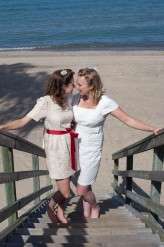 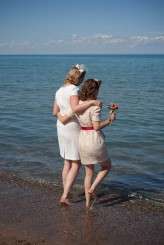 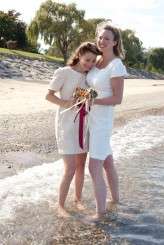 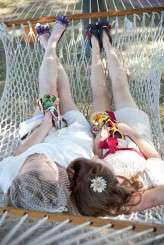 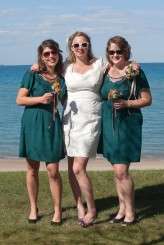 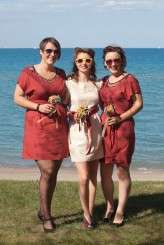 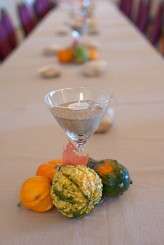 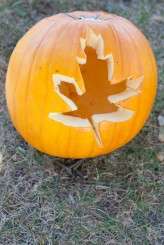 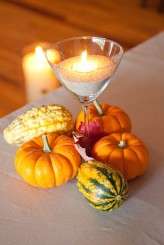 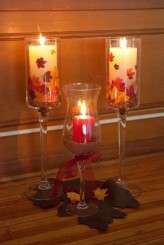 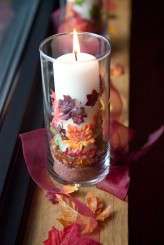 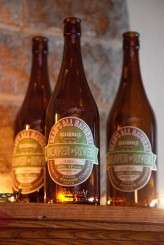