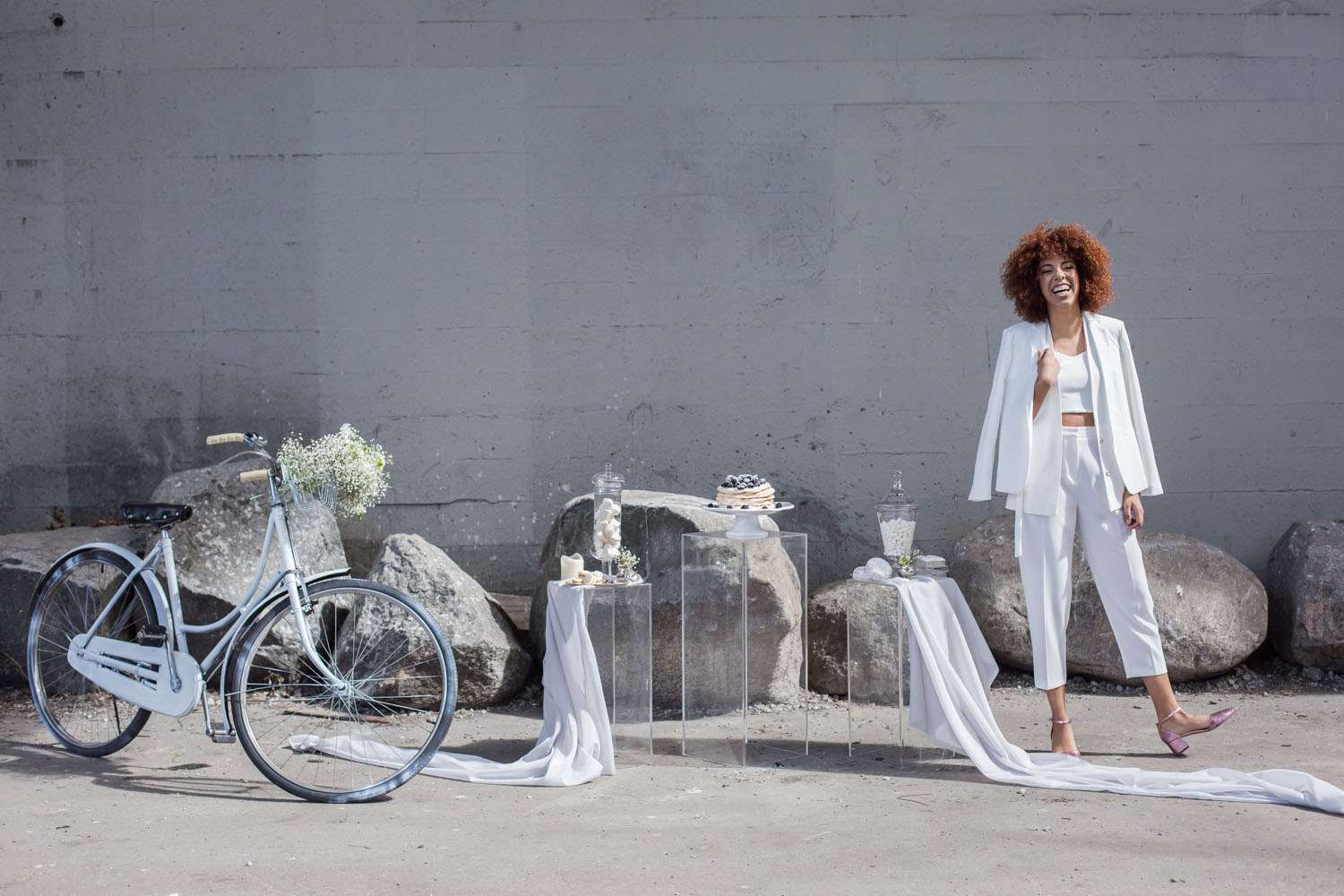 It was only a matter of time until someone created a photo shoot inspired by Solange’s wedding to Alan Ferguson. As soon as I saw that hair, that jumpsuit and those adorable images of her on a bicycle, I knew it had to happen! 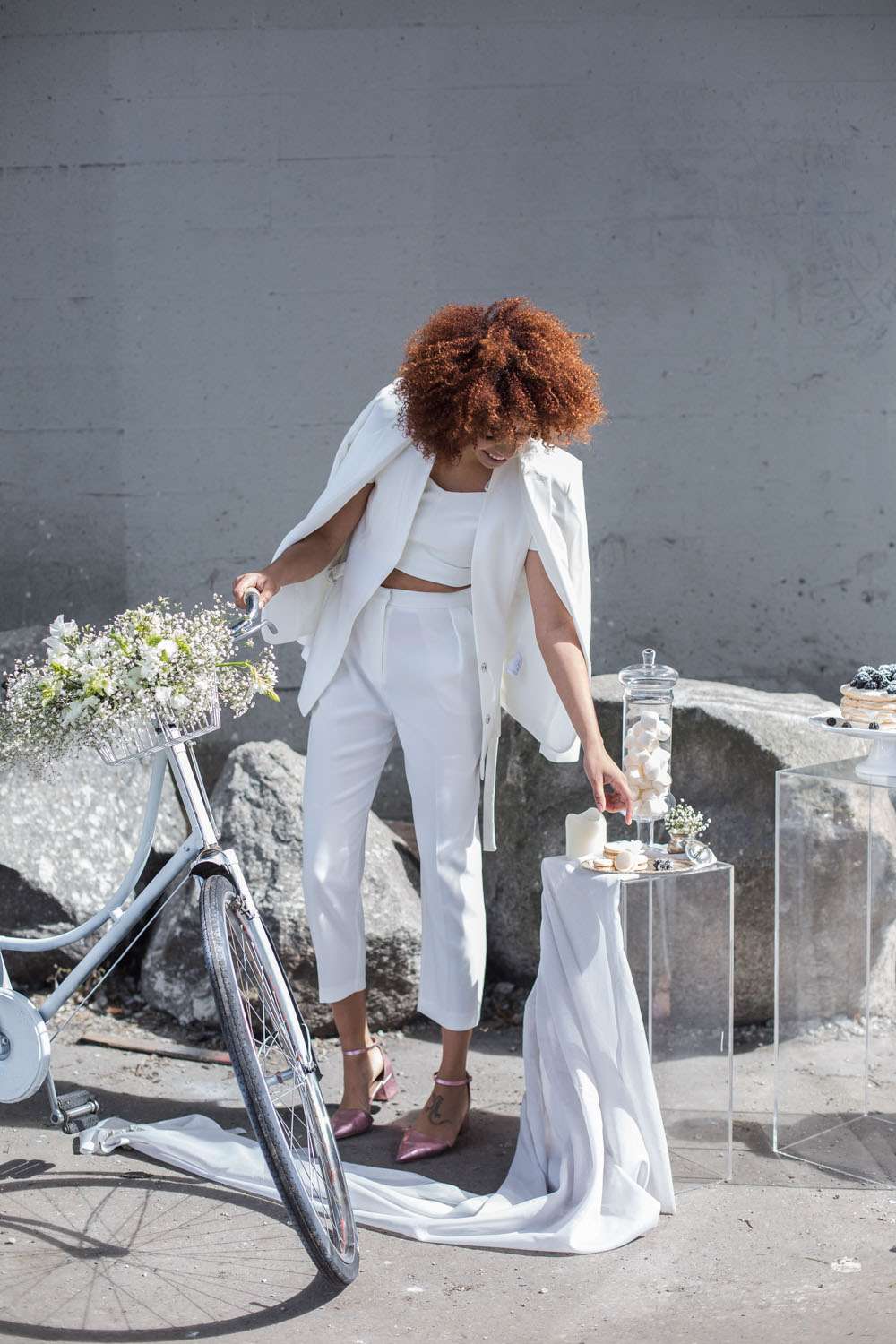 Put together by wedding photographer John Bello, the shoot took place in Vancouver. “We were obviously inspired by Solange Knowles’ wedding”, he told me. “We wanted to shoot something that would appeal to the more unconventional bride. From a plexi pillar dessert table to baby’s breath and keeping the colour scheme to all white and cream. We wanted to capture a very fresh, modern but romantic wedding.” 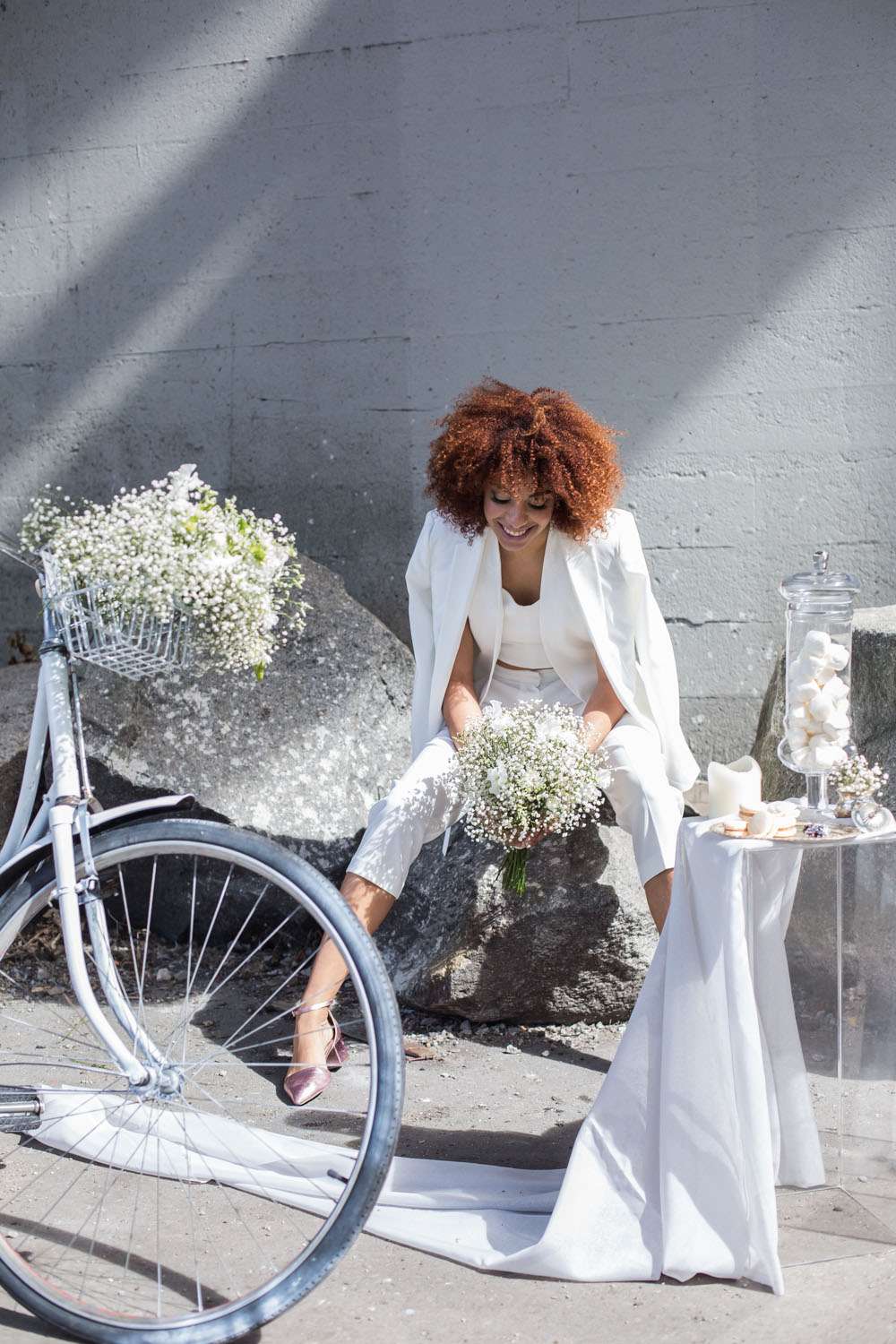 “Instead of the traditional white wedding dress, our model Eve is wearing a beautiful white pant suit which we got from Topshop. Her outfit consisted of high waisted cropped pants along with a sophisticated white boxy crop and a matching blazer. To add a little pop of colour, she is wearing metallic pale pink, pointy toe flats.”

“The shoot took place underneath the Burrard Street Bridge. The simplicity of the stone washed wall with large boulders were perfect and kept everything very neutral and fresh.” 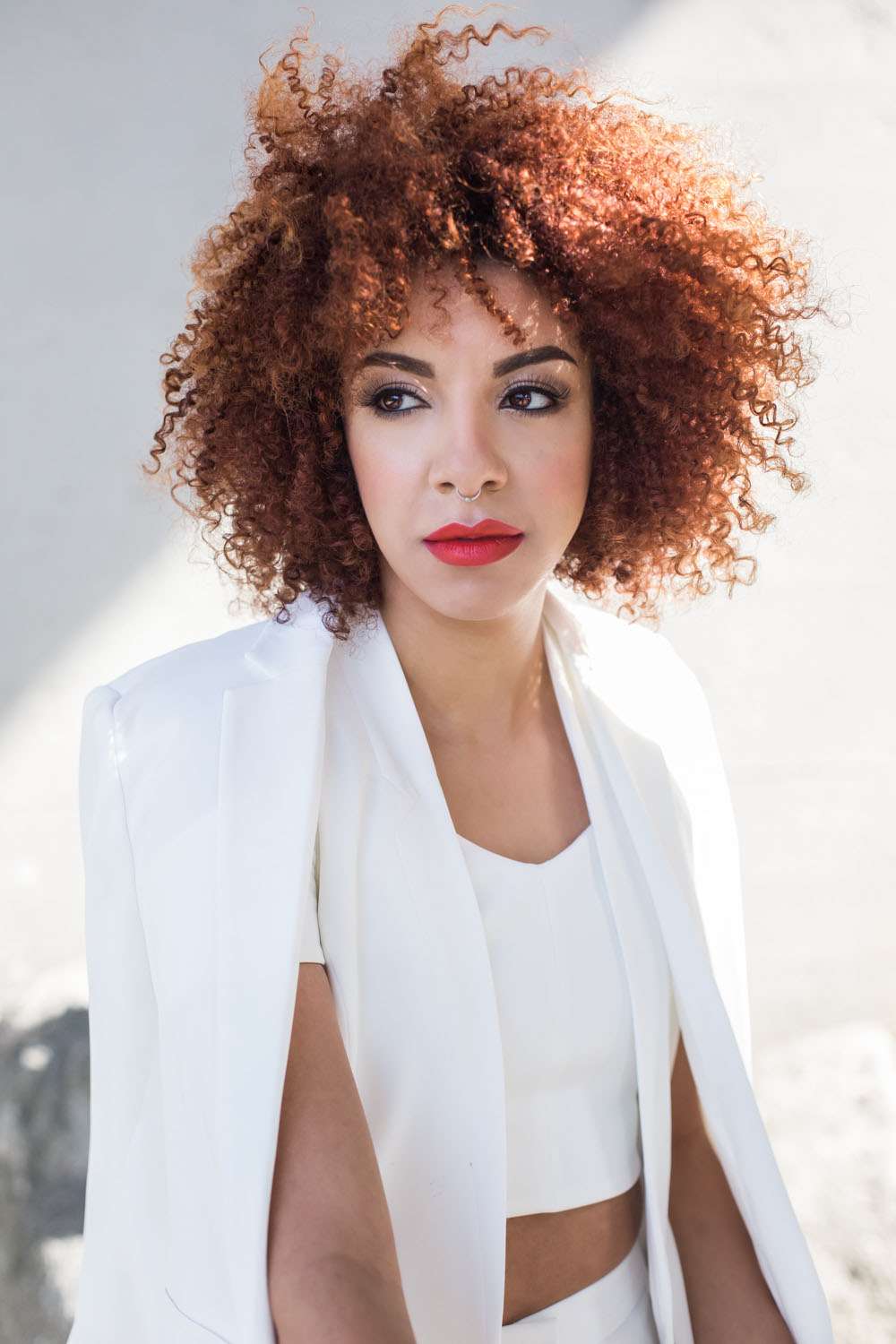 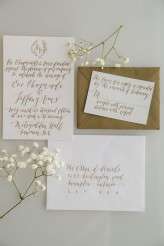 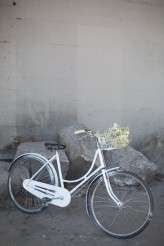 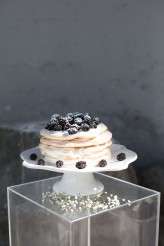 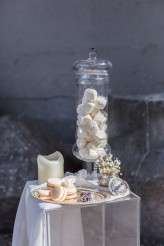 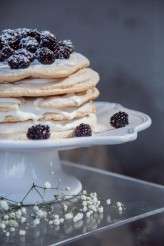 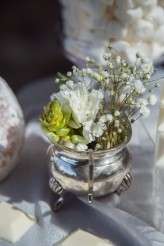 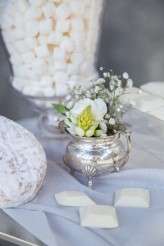 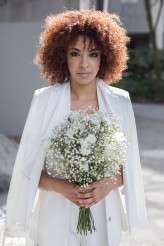 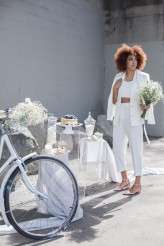 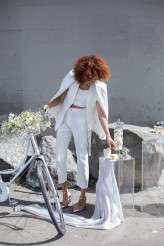 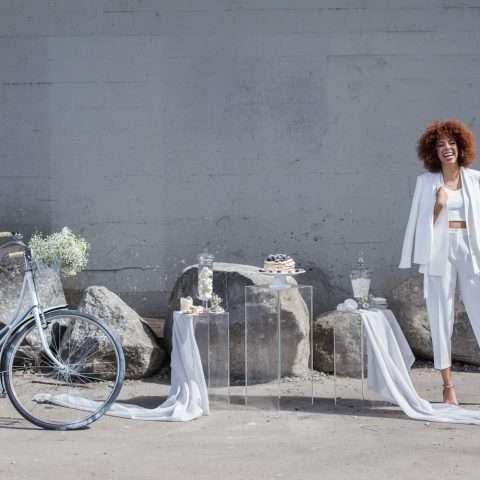 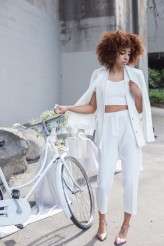 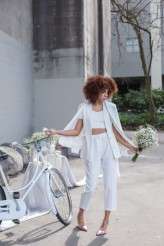 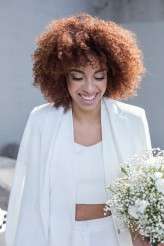 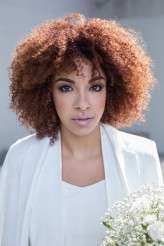 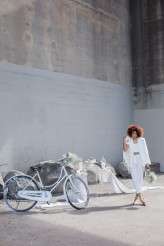 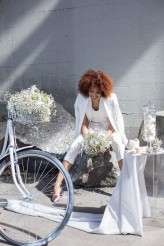 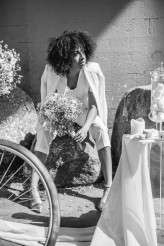 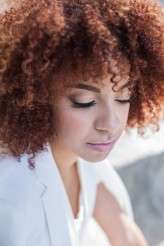 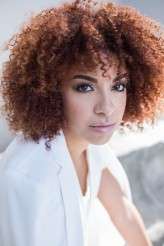 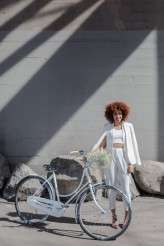 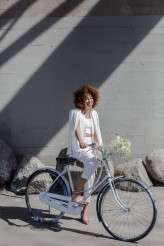 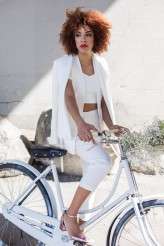 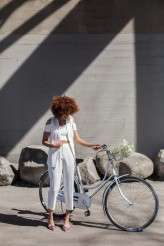 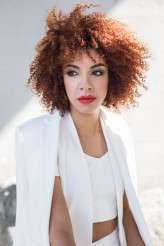