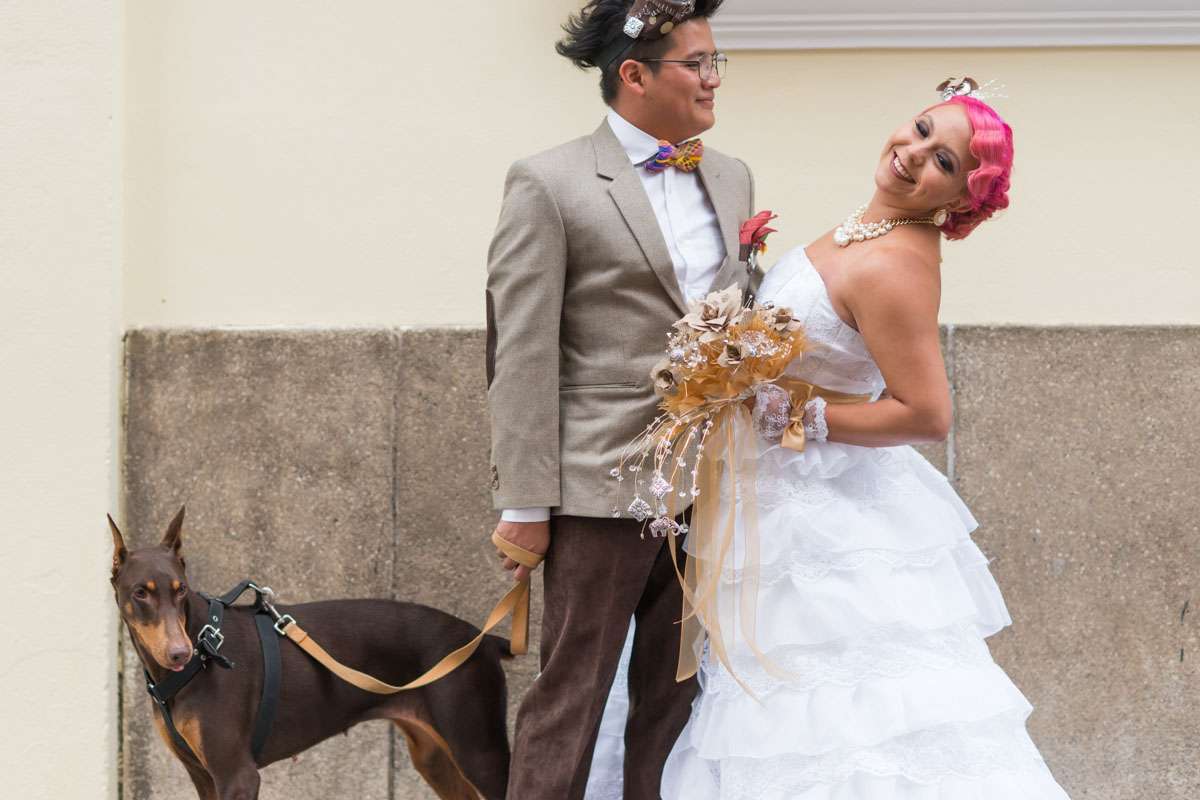 Fer and Jou had a wedding in two parts; a traditional Mayan ceremony one day and a steampunk themed celebration party with their friends and family on another. They live and were married in Quetzaltenango, Guatemala. 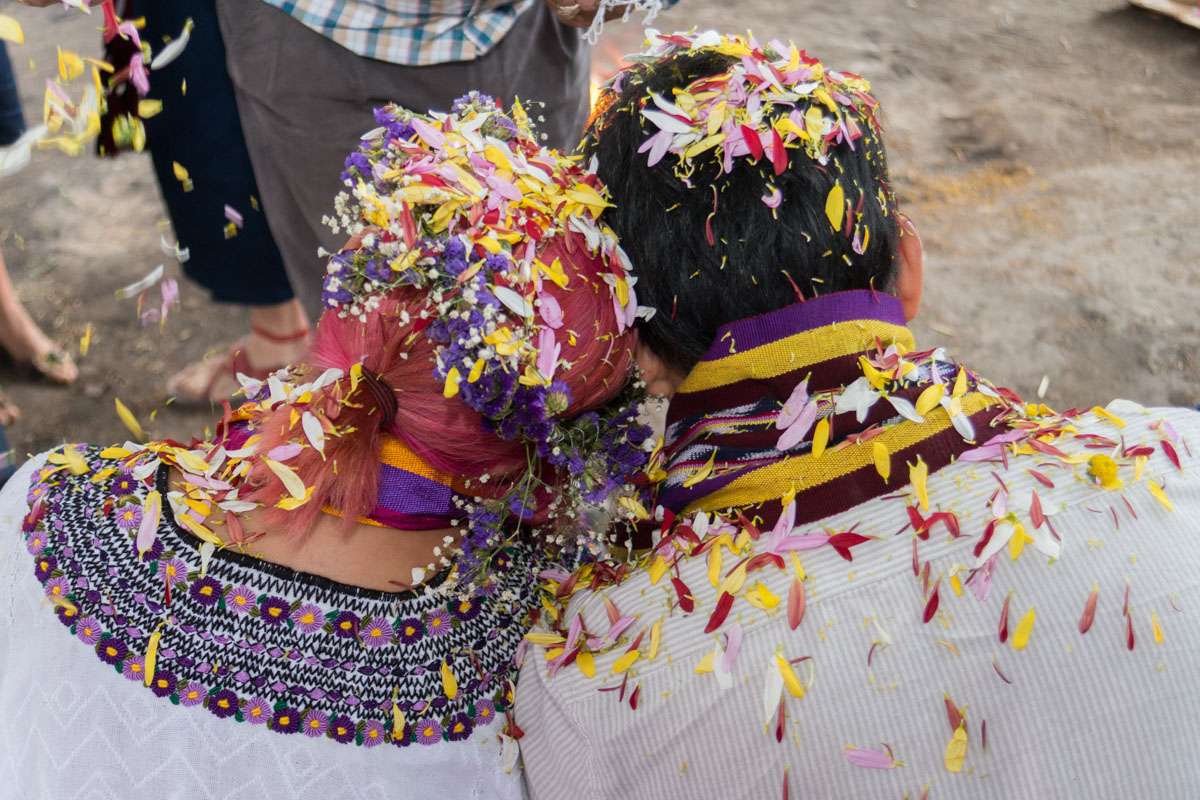 “We met when we were both were studying in Spain”, the bride explained. “Fer asked me maaaaany times to go out, but it was on until he invited me for Guatemalan chocolate and bread that I agreed! We were married three years after that.” 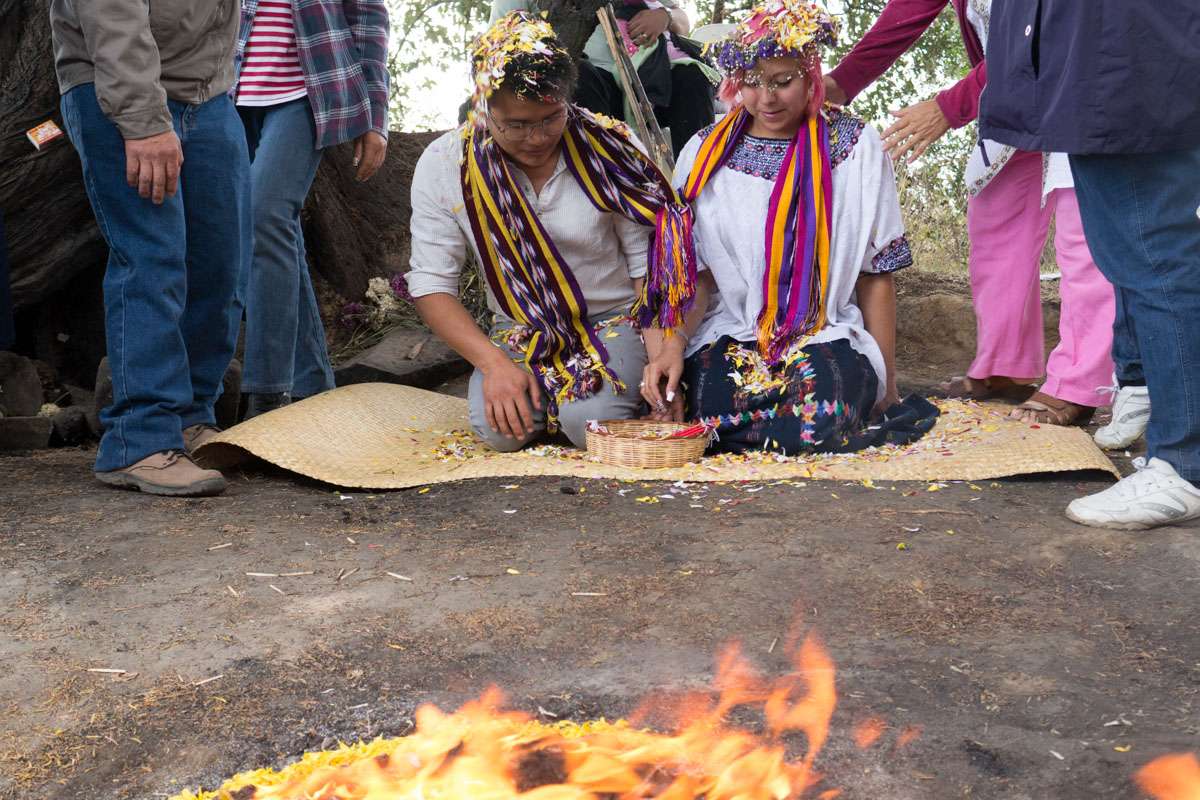 “We didn’t wanted a conventional wedding, so we decided to do it with steampunk influences”, she continued. “We asked the guests to dress with steampunk clothing and many of them did. Fernando is from Guatemala and I am from Mexico so it was a nice to mix these non-traditional elements with a more traditional Mayan ceremony.” 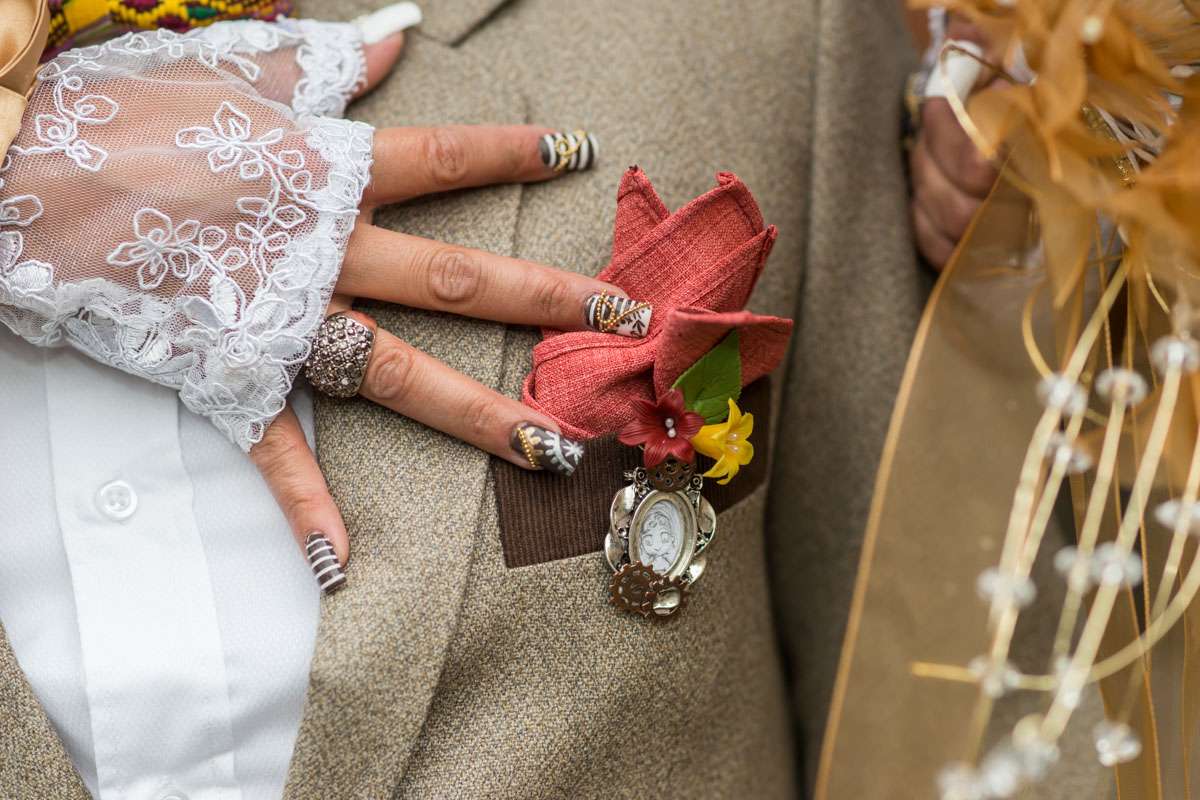 “In terms of décor, we used lots of pages of books. The tablecloths were made of them and I had book paper flowers in my bouquet too. Another DIY we did was a pin that I made for Fer to wear on the day with drawings of us both in them. The Invitations were also handmade by us.” 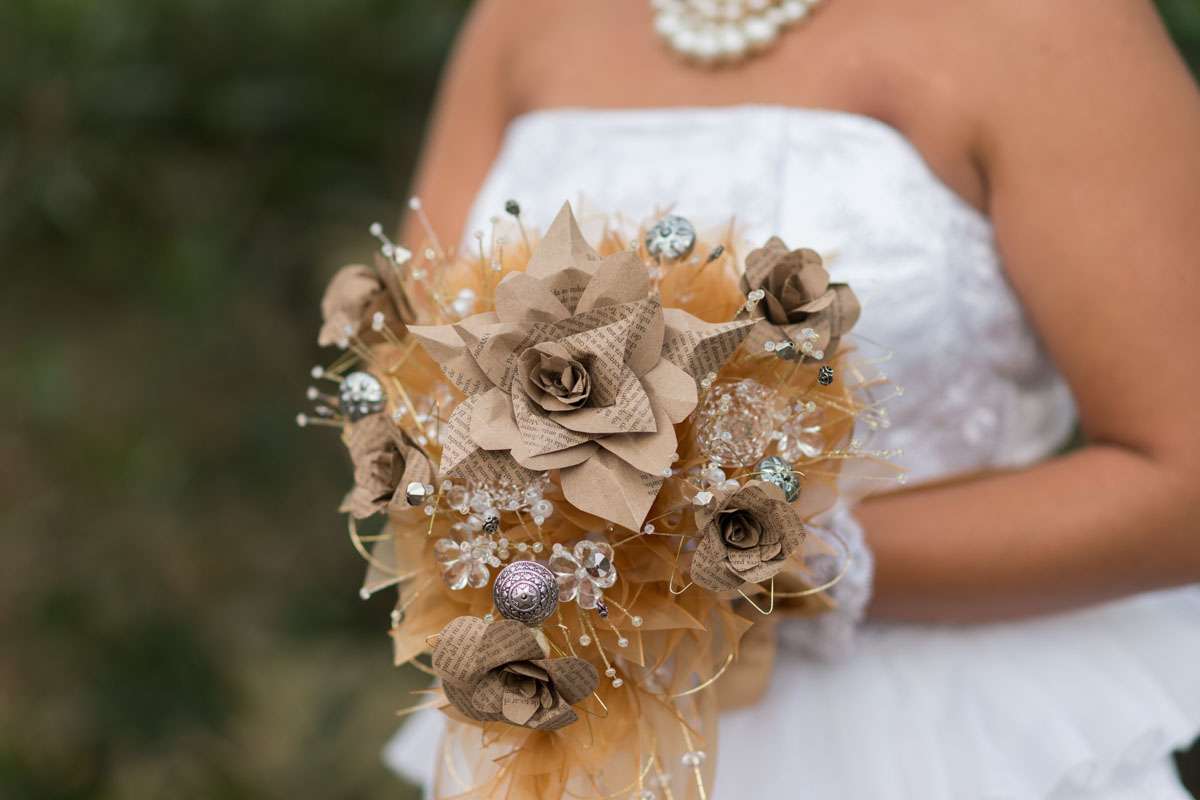 “The best bit of the wedding was actually organising and creating everything!”, Jou concluded. “I loved working on every detail. Doing the decorations, invitations, liquor and may other props ourselves also ended up being the best strategy to save money.” 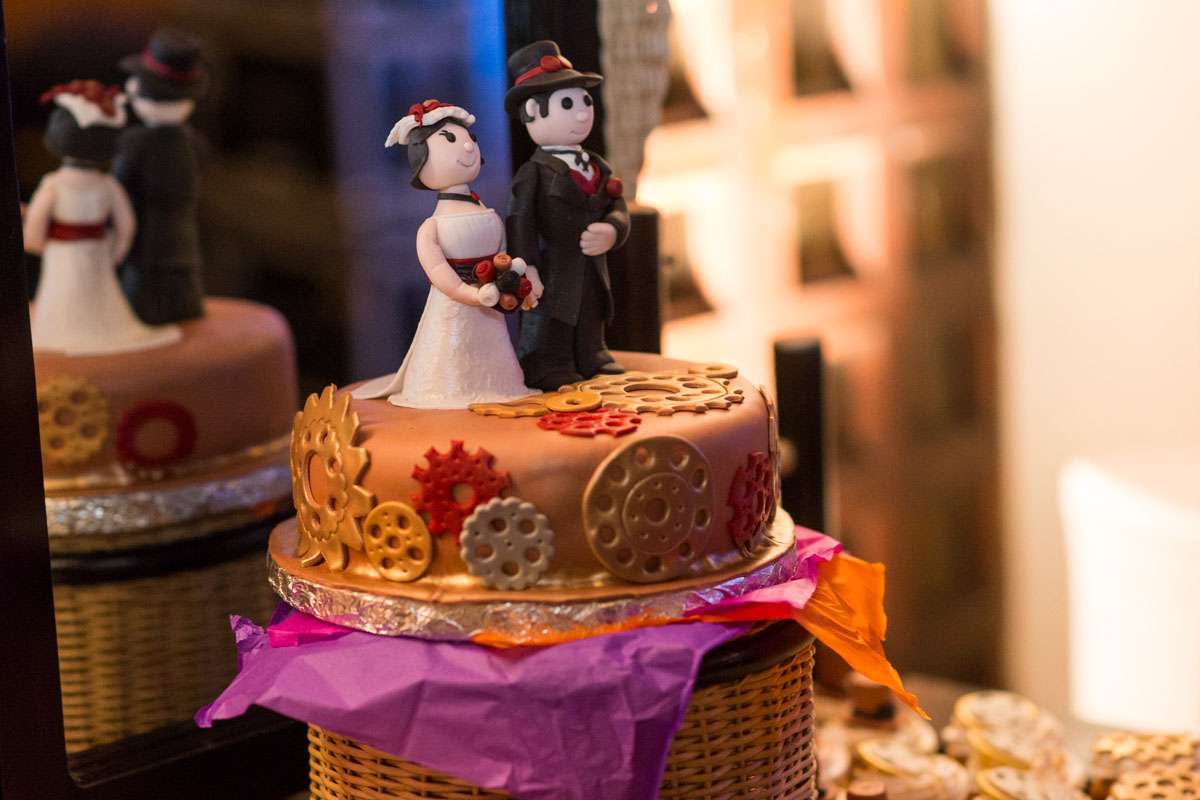 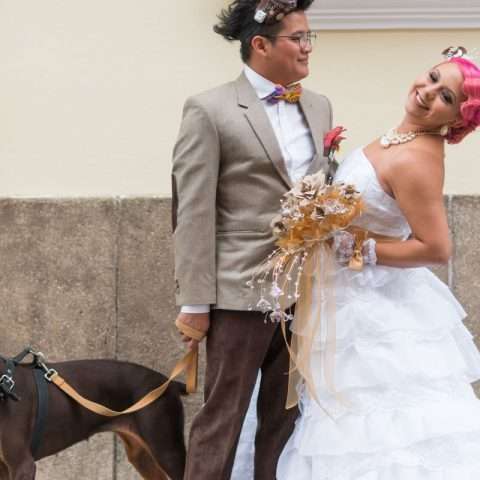 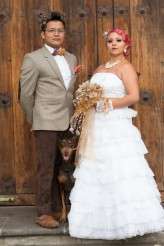 Megan and Brendan had a steampunk inspired wedding with touches of gamer geek. It perfectly reflected them both!