Ania and Stach did not want a formal day or a church ceremony, but they also didn’t want to do the registry office thing, “We thought it would strip the magic away” the bride said. So instead they decided to marry on the hill near the groom’s parent’s cottage. They had the reception in a barn on the same land. 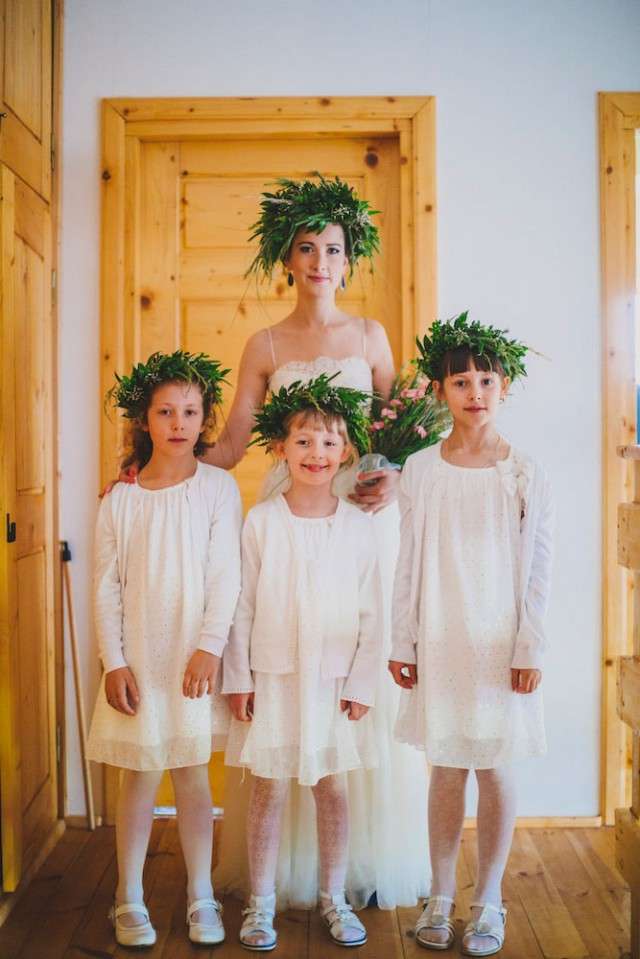 “Stach’s parents have a summer house in Suwalszczyzna, which is a beautiful place in the northern Poland. This place is especially important to us and we spend there all the time we can. The house is in the middle of nowhere and the nature there is enchanting. We thought that having the wedding there would make it a great celebration. We also wanted to show other people the place that meant so much to us – and thought it would be a beautiful opportunity. We brought 300 people from all around the Poland (and beyond) to the place they would never visit otherwise!” 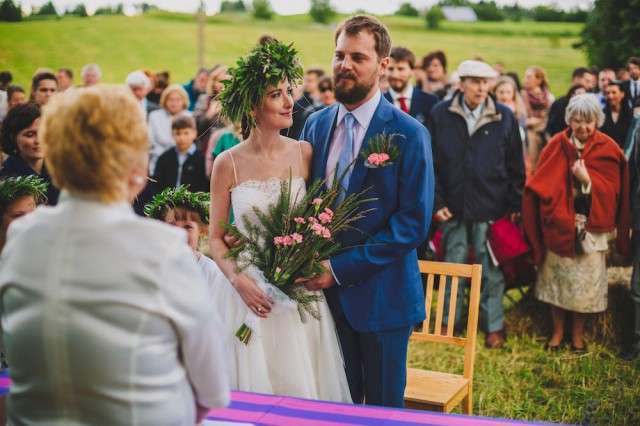 The décor at the reception was homemade and all the flowers were wild flowers and branches from nearby trees. “Our theme was kind of bohemian and a bit ethnic. We wanted to refer to the traditions associated with the spring equinox (which was the night after our wedding). We also wanted to prepare as much as we could by ourselves with the help of friends and family. We did all the decorations ourselves. We designed our own invitations and we decorated the barn. We painted jars with bouquets and coloured cones for the tables.” 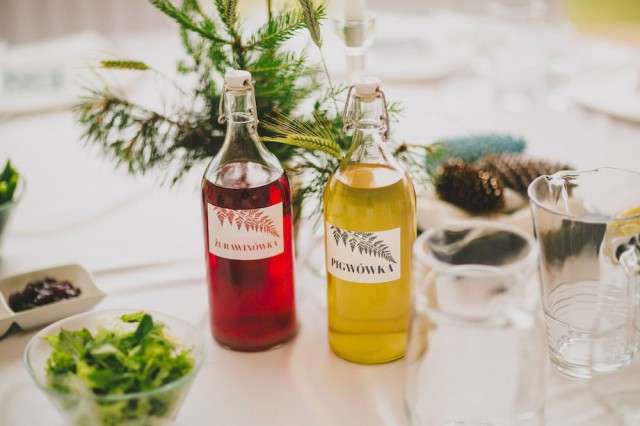 “One of our favourite moments was when we found out the the groom’s sister had got some amazing musicians to play for us”, Ania said. “She had them hidden behind a sheet with a bow around it which we ‘unwrapped’! Bum Bum Orkestar played some balkan music that went perfectly with our theme, taste and mood. The guests also enjoyed it a lot, especially our fathers. It was a perfect kind of music for both younger and older guests.” 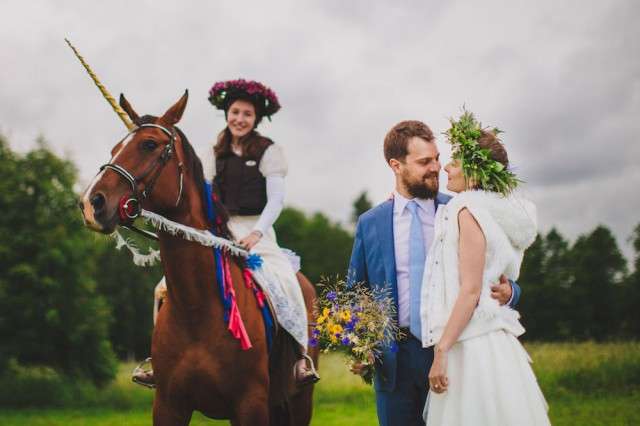 “The whole event was put together with the great help of many friends and family members”, Ania concluded. “It made us realise how many people we have around us that care deeply and are willing to do a lot for us. It was amazing.” 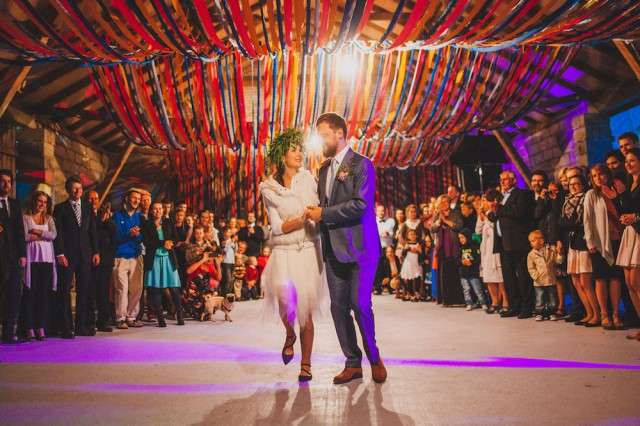 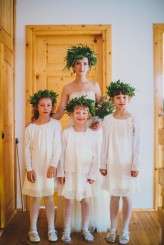