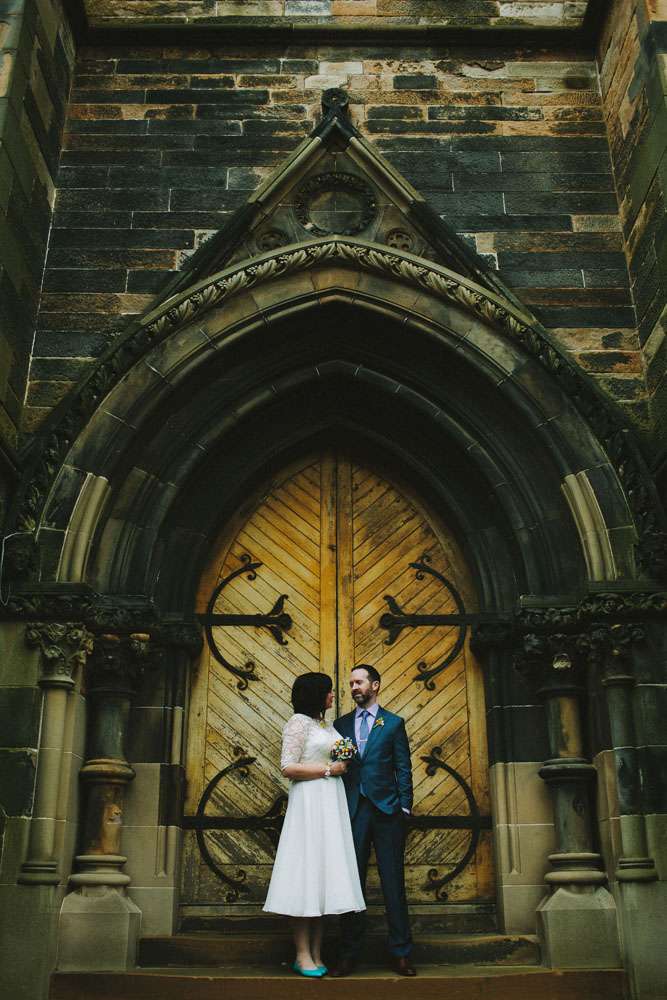 I simply can’t get enough of sweet little DIY weddings… which is why I feature them so often. If you too love looking homemade details then you’re going to adore Stephen and Gilly’s Glaswegian wedding!

“We’re not big on themed weddings, we just wanted ours to be relaxed and laid back”, said Gilly. “There were no extras or unnecessary frills. We just wanted all our guests to enjoy
themselves, and I don’t think either of us have smiled that much, ever!” 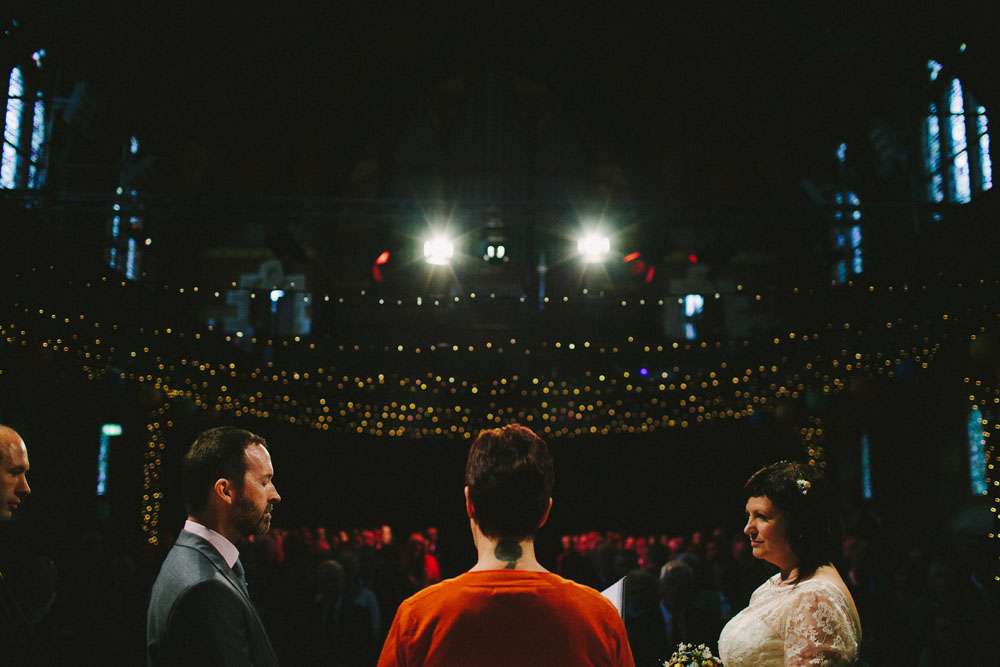 “The inspiration came from the things we love and are passionate about including music, films and mid-century design. We  met on match.com and discovered through each other’s profiles that we both adore Wes Anderson films, so the characters from The Royal Tenenbaums were our table names. Each guest had a badge with their character on it as a favour, which I made. Most of the wedding was handmade so it felt very personal, and guests commented on how it was a great expression of both of us, which is lovely to think that our personalities came through.” 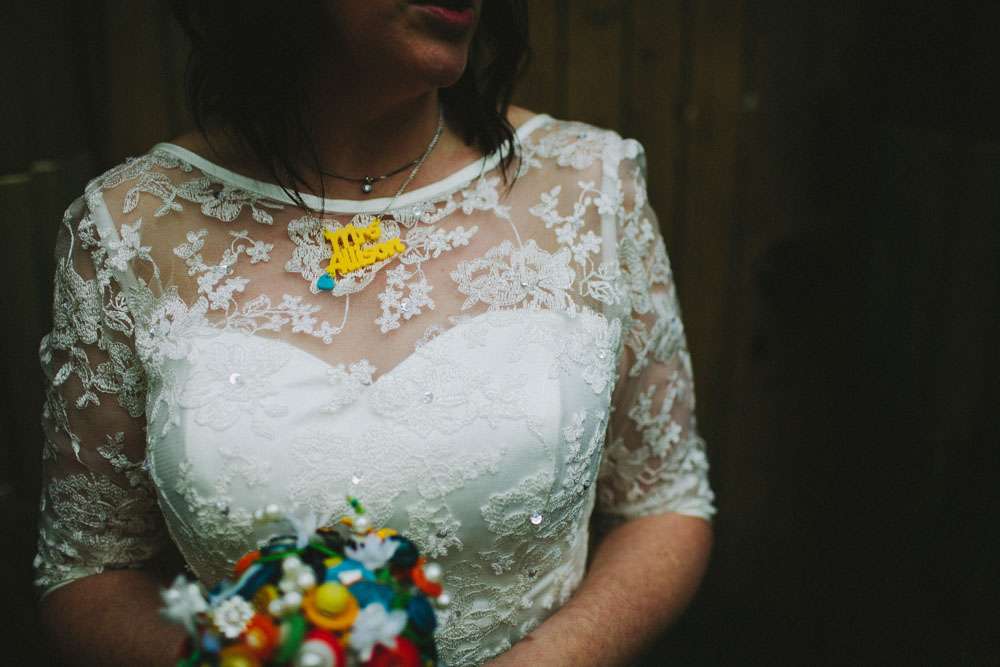 The bride had a custom made, short wedding dress which she wore with shoes from Forever 21 (which she painted herself!) and a DIY headpiece and button bouquet. “Everything except my dress and the catering was DIY and  we saved a lot of money by making the cake, bouquets, buttonholes and stationery ourselves.” 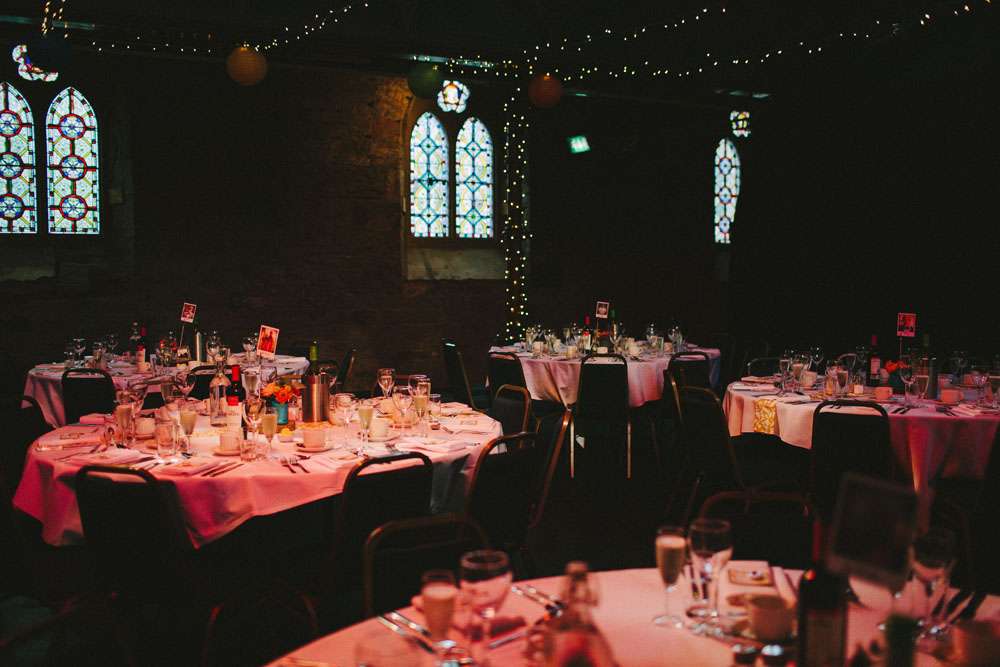 “We really loved the designing and organising of the wedding”, she continued. “I am never happier than when I’m creating or designing a new project for friends or family, so from the minute we were engaged I was in crafting heaven! I felt quite sad when it was all over and I didn’t have to make badges or paper pom poms anymore. Also, Munny and Foomi, our cake toppers, came on honeymoon to Brooklyn with us. They were the first element of our wedding that we bought, not long after we got engaged, and we couldn’t leave them behind!” 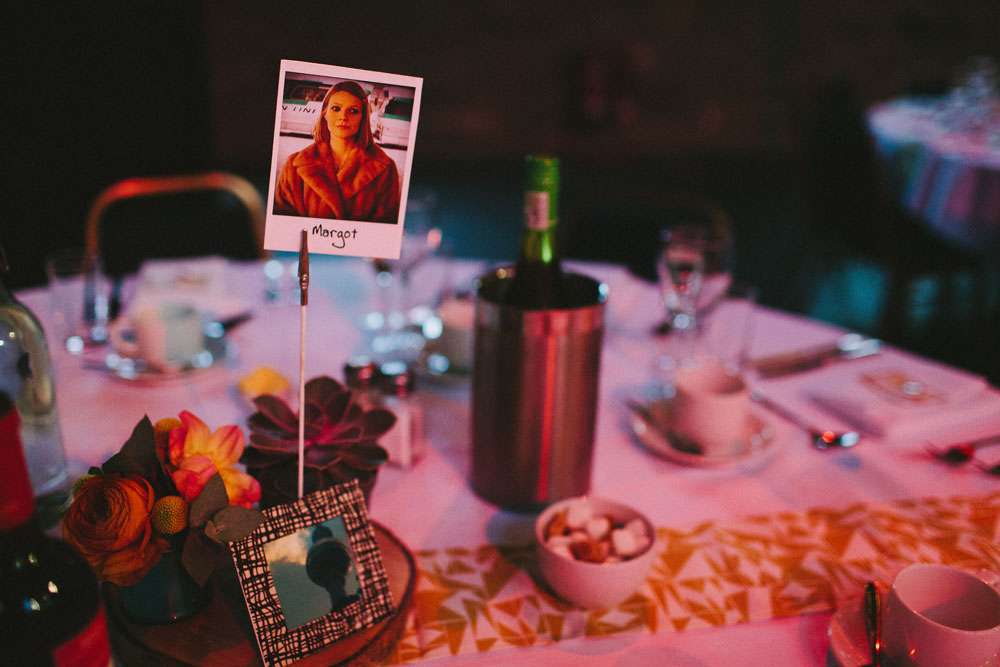 Music was also very important to this couple so they had a friend’s Ceilidh band play for the first half of the reception and then a DIY playlist, put together by the groom, for the rest of the evening. “For both of us, the reception was our favourite part of the day”, she concluded. “Everybody was up dancing for the whole night. It was so lovely to have everyone in our lives that meant something to us being in the same place for a big party! We count ourselves very lucky to have such great friends and family.” 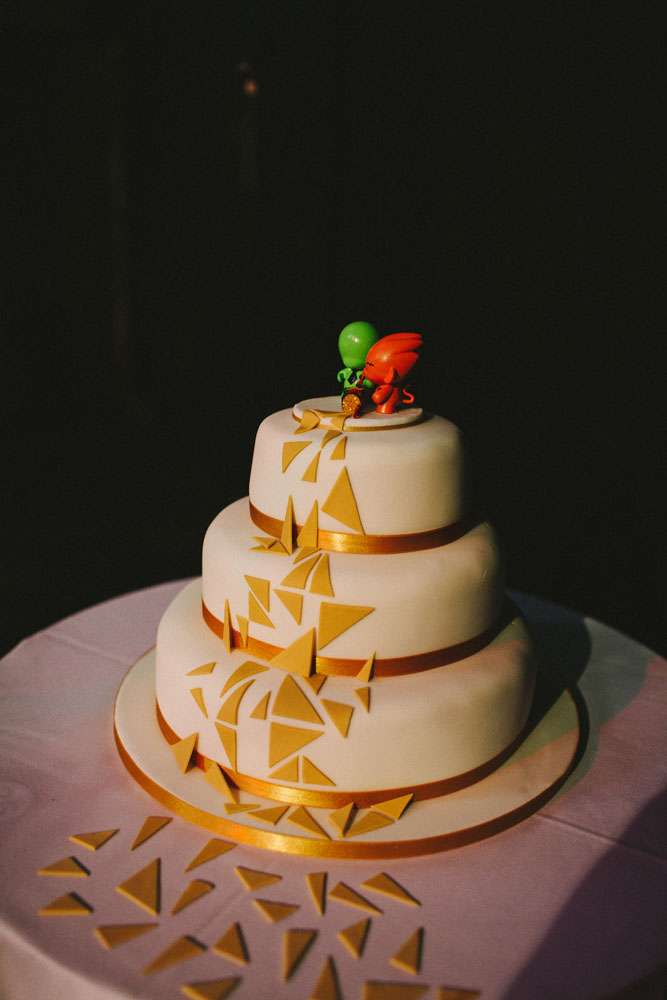 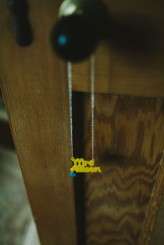 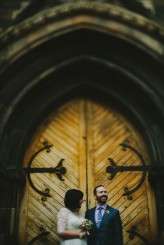 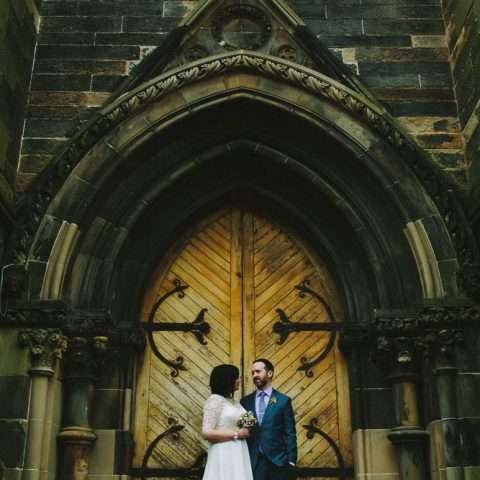 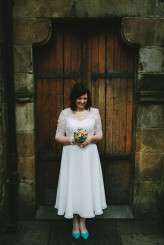 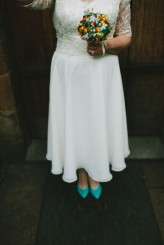 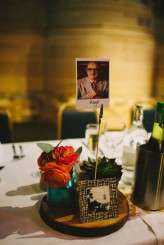 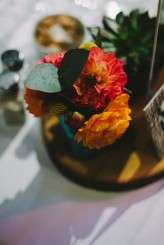 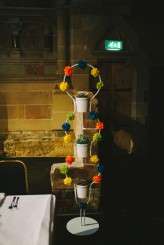 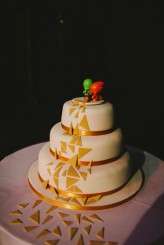 Two-Day Budget Savvy Wedding with a Yellow Dress and Unicorns

Ellie and Sean's two-day wedding took place in Eddinburgh. They were married at the Lothian Chambers and hosted their reception the day after back at their own home.