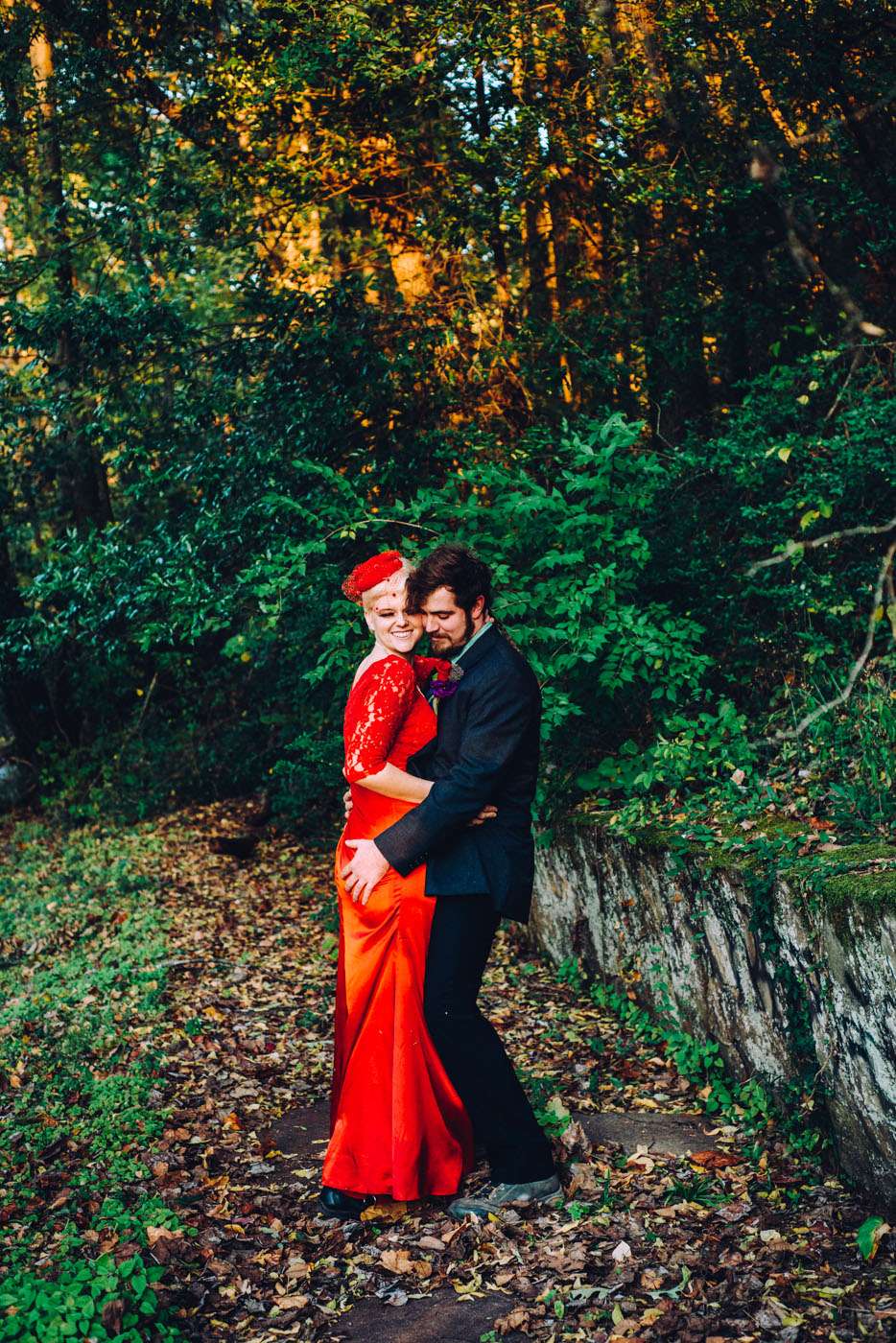 With a budget of just $2000, Matt and Kat said “I do” at their own home the day after Halloween. “We christened our newly purchased house for our wedding!” the bride said. “We had spent several months renovating the old home’s interior but hadn’t moved in yet, so all the rooms in the house were empty. We transformed a (future) bedroom into a bar, another bedroom into a dinner/pot luck area. We strung friends’ borrowed Christmas lights all over the house, set up a PA system in the empty living room and called it a venue with a dance floor! Our new neighbour, George, who became a great friend during our move, let us perform the ceremony in the empty lot next to his house.” 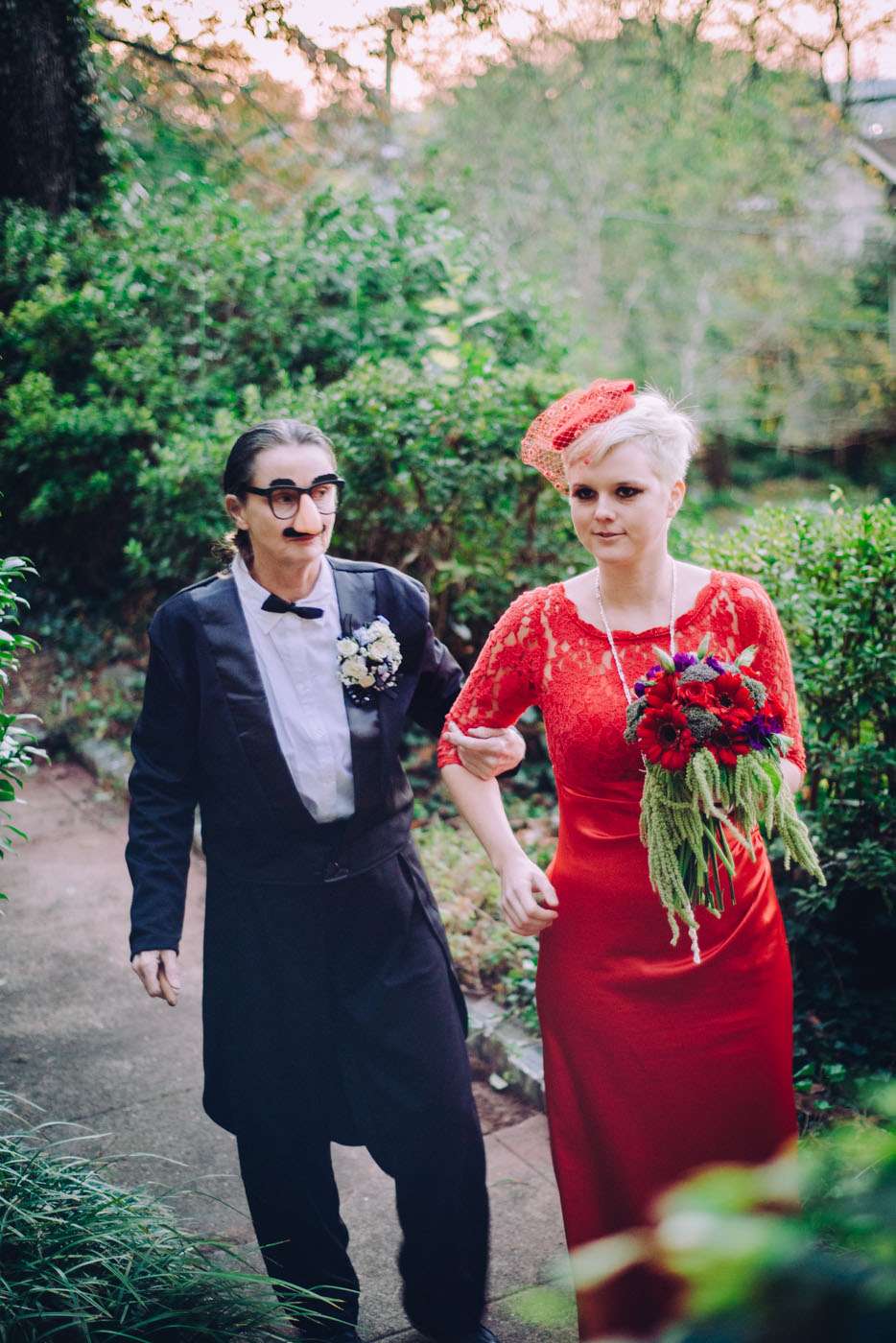 “Having my mom walk me down the aisle dressed as Humphrey Bogart was really special. Also my brother became ordained in order to marry us, we collaborated and designed the ceremony and reception ourselves. We wrote our own vows and the designed the entire ceremony.”

The bride’s red dress was actually a skirt and top which she bought on Amazon although she says in retrospect she wishes she’d found something vintage. Her shoes were her favourite pair of Mary Janes and her headpiece was a red pill box hat with a veil and bow attached. The groom’s outfit was all thrifted and cost less than $45! 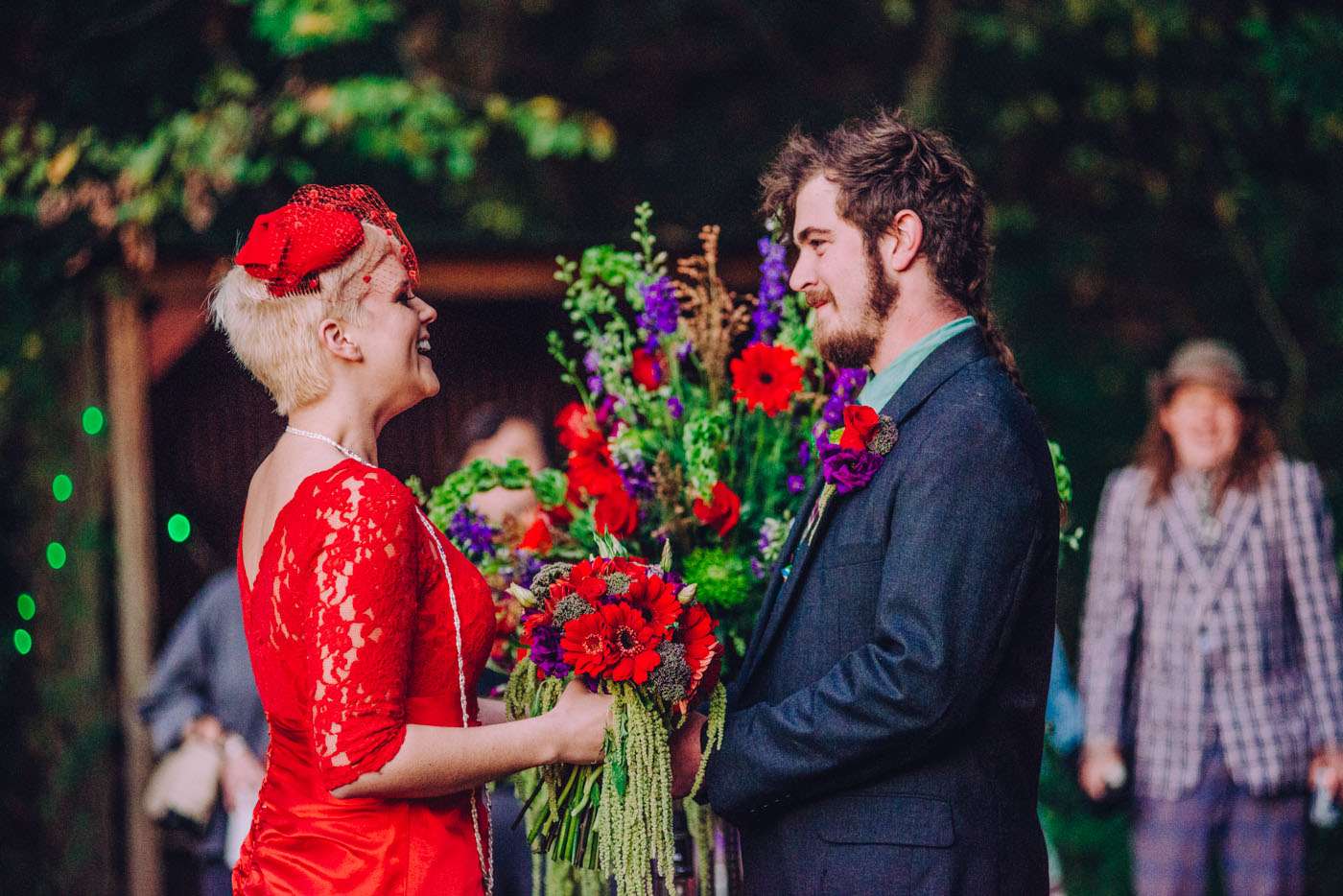 “My husband and our friends are eclectic artists” Kat continued. “For décor we used an array of community created art collected over the years and placed it throughout the house. This included two full-size mannequins and an old door, all of which we painted. We used lots of tapestries and cloth to drape over the semi-finished house. We also used our own car, one we’ve owned for 16 years. It was plastered with stickers and painted purple wings. We drove to and from our friend’s house to get ready for the ceremony. We made sure we took pictures sitting on the car to remember her by because we bought a new car the following Monday.” 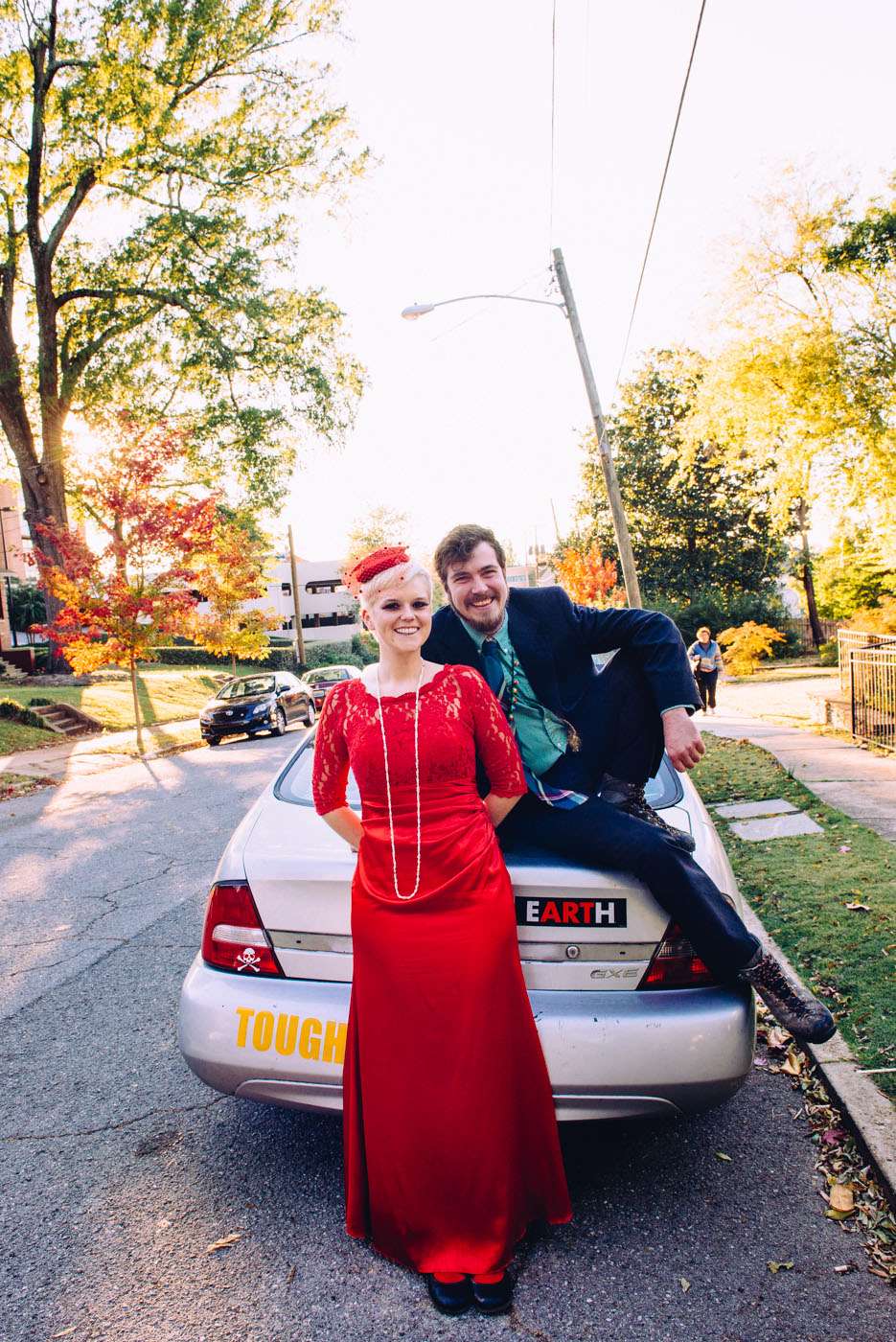 “Our wedding was incredibly eclectic and we encouraged unrestricted creativity”, Kat replied when I asked about their theme. “We embraced any whimsical theme that our guests wanted to bring. It was the Saturday after Halloween and costumes were encouraged. Guests dressed in glow stick splattered suits, princess dresses, coyote head dresses, and more! One guest bought 100 jello shots as his gift!” 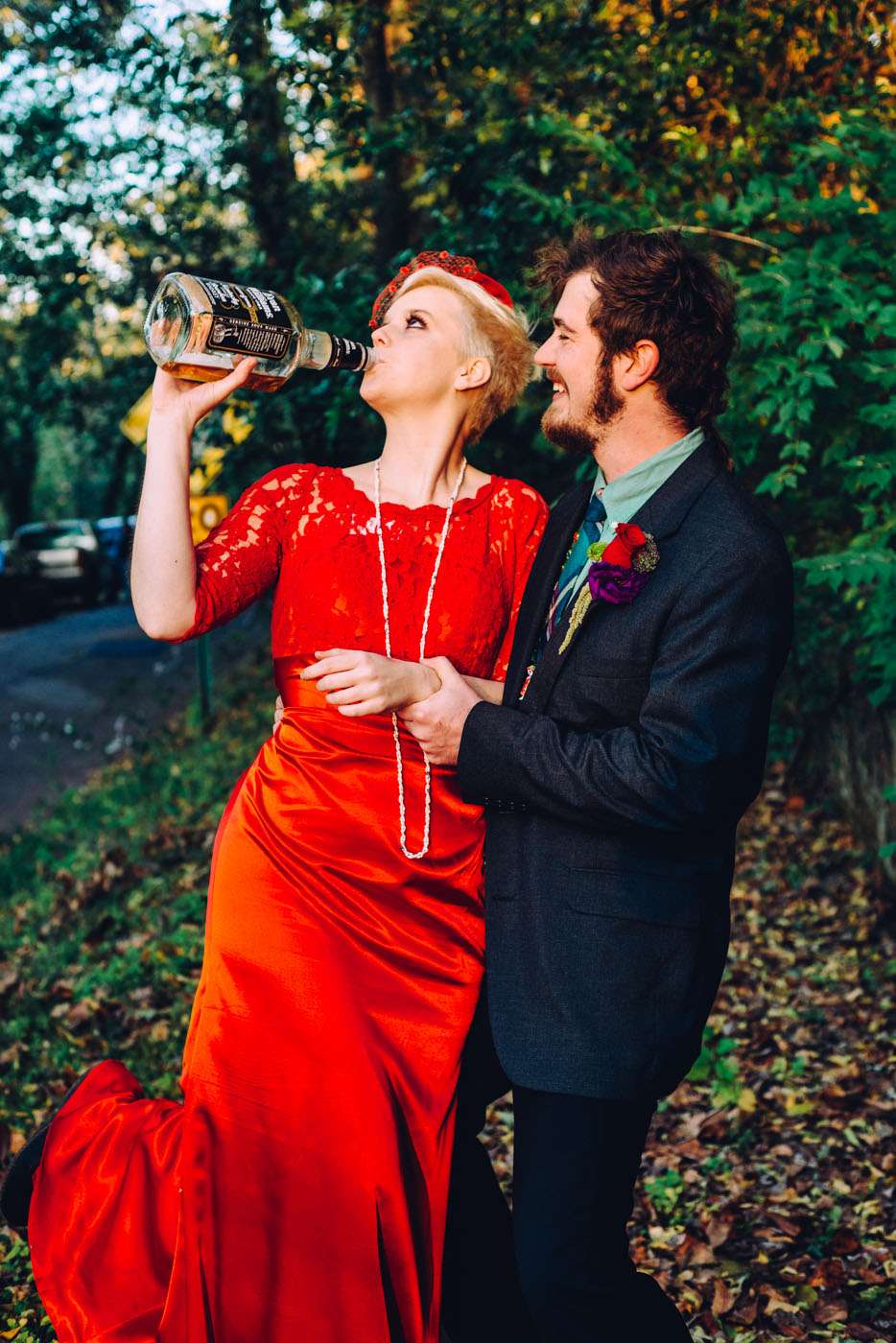 “Because were were so were flexible we were able to have a very low cost wedding that was powerfully emotional. We may not have achieved every detail we’d initially imagined or planned for, but what we did get was a collaboration with our friends and family that made us all feel more connected to each other. We asked our friends to help in almost every aspect of this wedding. From food, to venue, to decorations and our friends provided overwhelming support.” 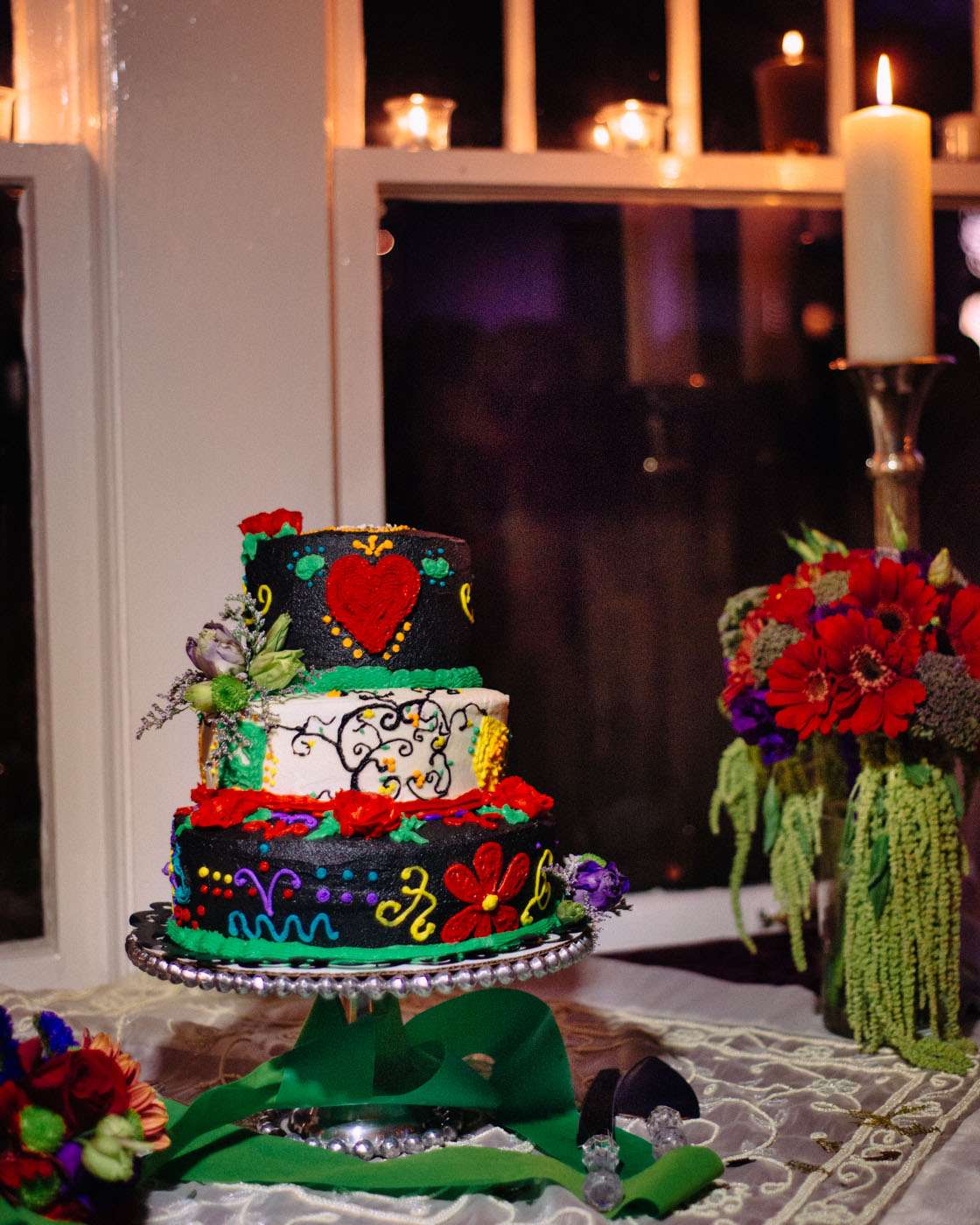 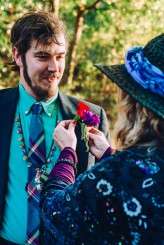 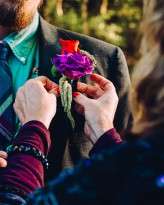 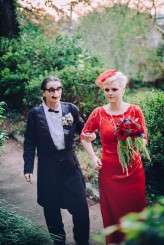 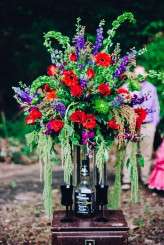 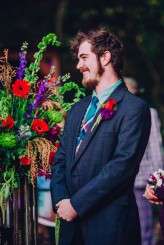 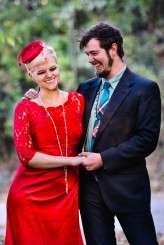 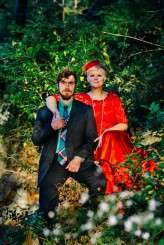 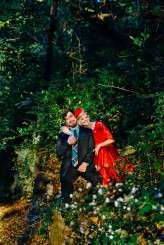 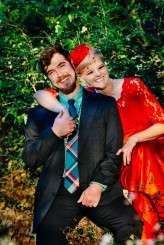 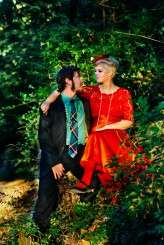 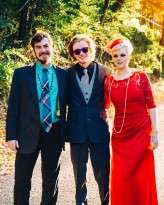 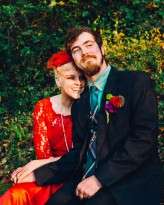 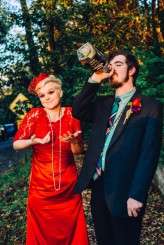 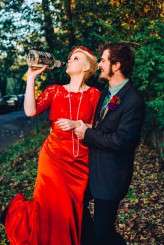 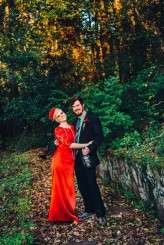 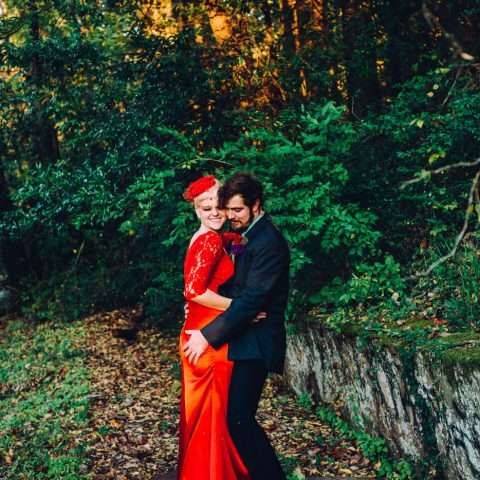 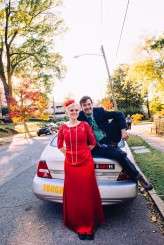 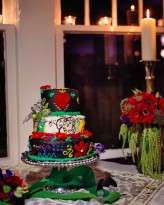 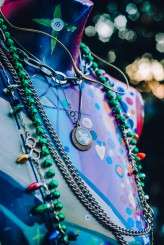 As soon as I saw just one photo of Ina's incredible handmade Moomin Valley (!!) wedding dress, I knew this was a wedding that I HAD to feature. There really are no words! The couple were married in Risør, a small town in the south of Norway. The day took place at the groom's parent's home, a yellow house on the countryside, with a big garden full of fruit trees.

Inspired by their love of Halloween, Harry Potter and autumn weather, Ellie and Luke spent around £10,000 on their October wedding.