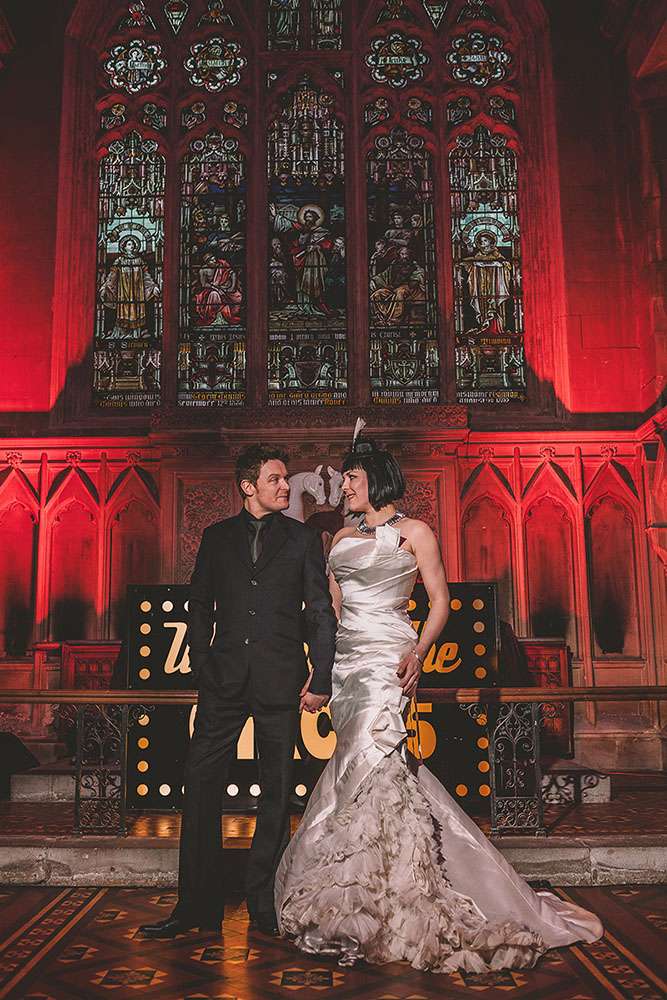 Ray and Paul had two wedding days. The first was an intimate ceremony in Poland, with just close family members on Valentine’s day. Then, a week later they had a crazy fun, fancy dress circus themed wedding at Circomedia in Bristol! 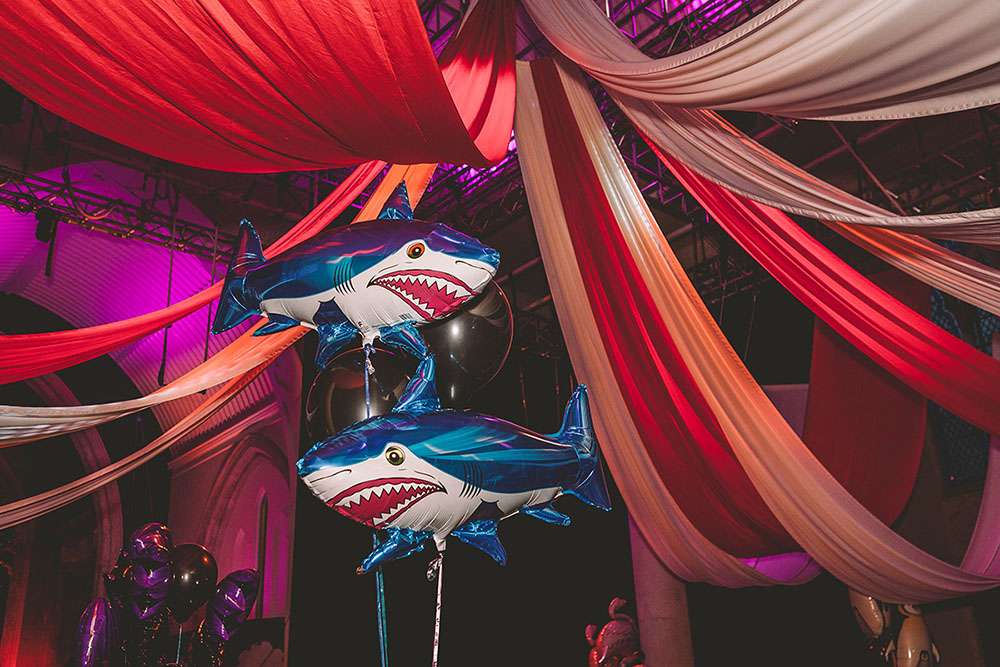 “We also wanted to avoid what we called ‘wedding tax’ and so chose our suppliers based on the fact that we wanted to support good people, not buy tonnes of wedding ‘stuff’ that would end up in a landfill. We tried to spend our money with small businesses and specialists  where we could, and where we couldn’t, we involved people and companies that have always been good to us.”

“Our reception venue is an independent arts charity space”, she continued. “so we felt really good about supporting them. We also had lots of things that will be reused like plastic plates and fancy dress stuff. Even all the balloons went home with our guests. Paul will wear his suit and coat again and again, and I’ve already worn my red coat and shoes with my normal clothes!” 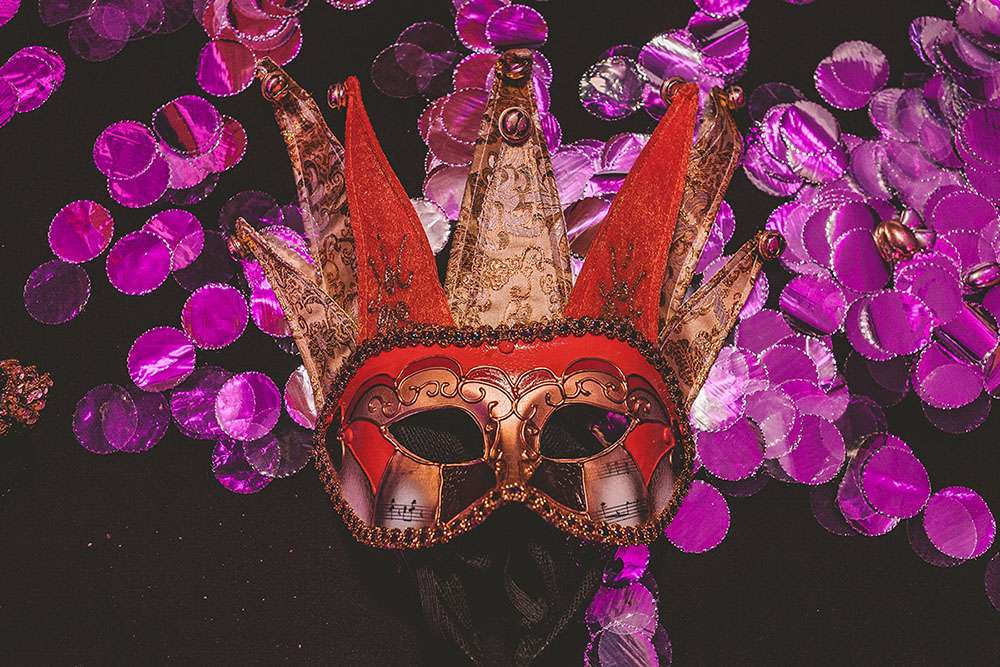 The initial inspiration for the wedding came from the couple wanting to elope in Vegas. “I think the photos say a lot!” said the groom. “We played a lot of it by our own rules. We had random people sitting at the top table, we hosted a bizarre X Factor parody and had a hastily-constructed mythical creature dancing on the table top!”

“We also bucked tradition by having two very different days”, the bride took over. “I thought that my ideal would have been to elope and avoid a big do. I worried we’d feel like we were putting on a big show and performing for an audience, instead of being in the moment. But my lovely husband said that getting married should be something celebrated with those who love you most. So we compromised and did what we both wanted. We had a tiny destination wedding in Poland and an epic party for all our friends back in Bristol.” 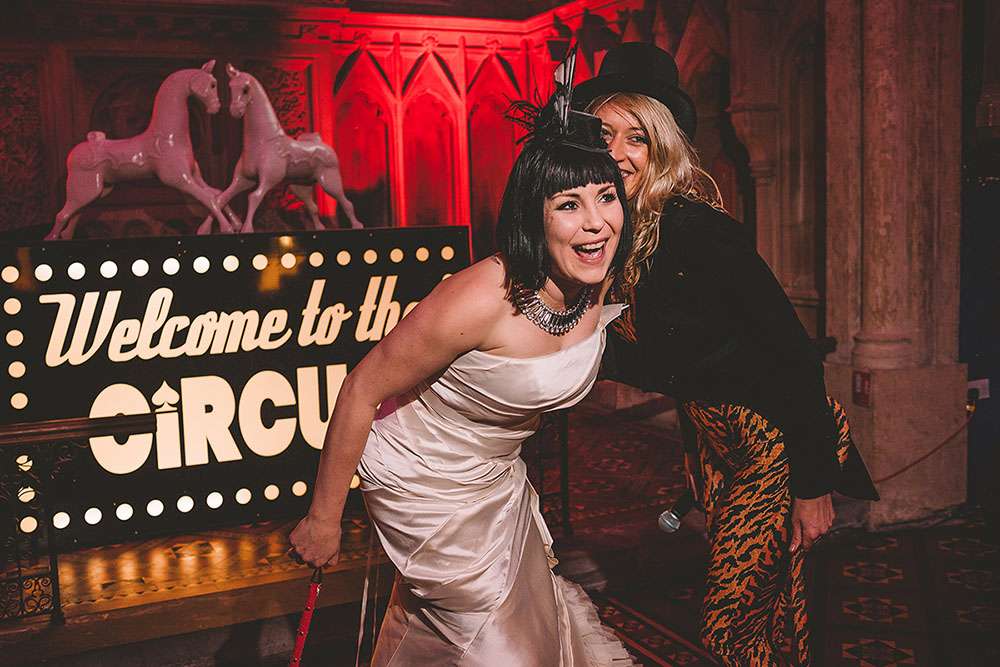 “One of he best things at our reception was getting pizza delivered in the evening”, Paul said. “It was actually a masterstoke. Maybe it’s because pizza shops are out of the wedding industry loop, but both companies we used were really enthusiastic (touched, even) and spontaneously knocked money off their bills.”

“Our advice to other couples would be to be true to what you really want, and only compromise with your partner”, the bride concluded. “Everyone you know will have an opinion, and frankly, it doesn’t really matter because your wedding should be about you two. I wanted something small and meaningful, and got it. Paul wanted something big and crazy, and he got it. The compromises we made to make each other happy actually lead to a far more epic – and meaningful – wedding than either of us imagined independently.” 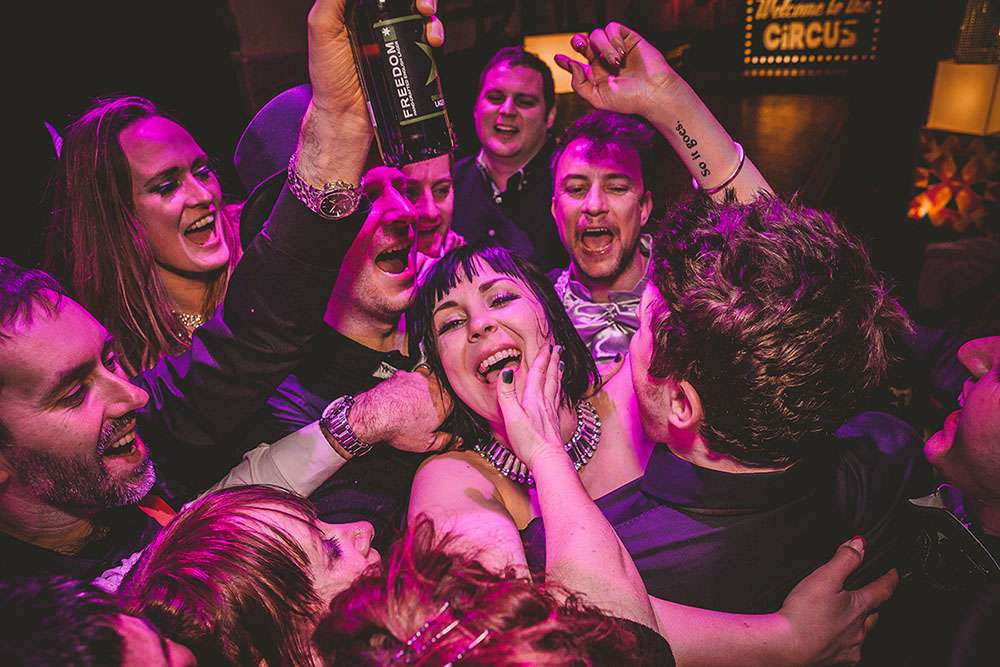 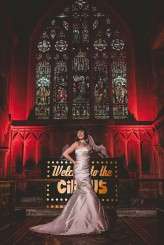 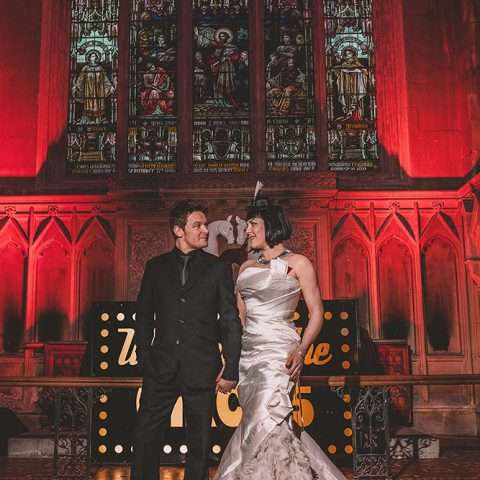 Charlie & Simon's circus and rock themed wedding was held at Circomedia, a circus training school in an old church building in Bristol. The theme was a dramatic statement and full of all the things the couple love! "Our entire theme was rock - we're both into rock & metal music and we knew that we wouldn't have enjoyed doing something other than that", Charlie began. "I am South African and so having some bits from my background was also important."

Jess and Matt were married at a cemetery. Although this might sound a bit 'weird', they thought it was anything but, "Many people get married in a church, and pretty much all churches have graveyards so our venue was not too far from the ordinary when you think about it", Jess said. "Arnos Vale is a place we hold deep affection for, so the surroundings were the focal point and the building was an aside."

The theme for Darren & Naomi's romantic wedding was Vintage Circus. "We wanted a day packed full of fun, totally relaxed and whenever anyone thought back on it they would smile," the groom told me. "The theme was a total surprise for all 200+ that were invited, with the first clue being as we walked down the aisle together as man and wife, and Entry of the Gladiators (the traditional circus theme tune!) was played by the organist."

Cabaret & Vintage Circus Inspired Wedding with a Dash of Moulin Rouge and a Hint of Wonderland!

When a bride describes her wedding as "cabaret and vintage circus with a dash of Moulin Rouge and a hint of Wonderland!" you just know you are in for something truly special. Verity and Simon's summer wedding doesn't disappoint. They were married at Chalkney Water Meadows in Colchester.