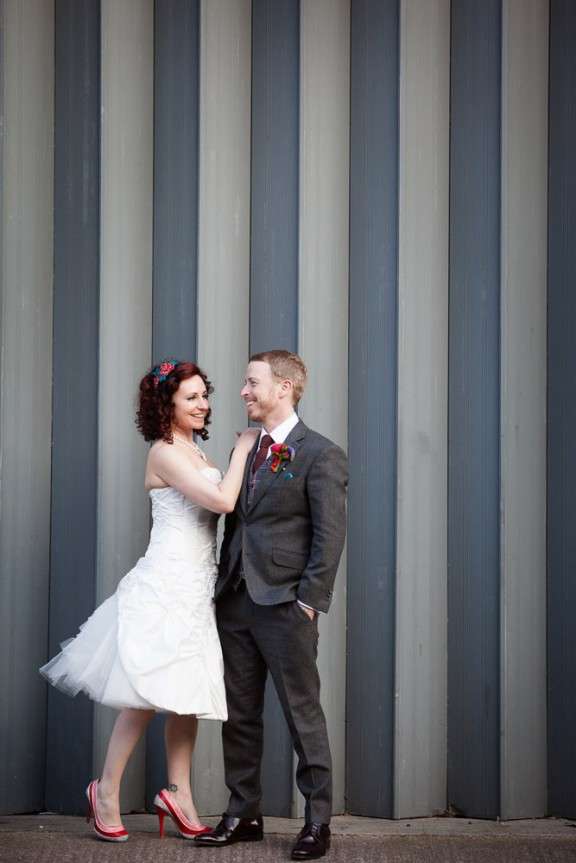 Niki and Andrew were married at Fazeley Studios, Birmingham in April. Their wedding had a boho circus theme and they used some of my all time favourite Brummy suppliers to make it happen. The amazing Ava Event Styling made all their décor dreams a reality. They had a small wedding which meant they could invest a lot more of their budget on making the space look utterly amazing. 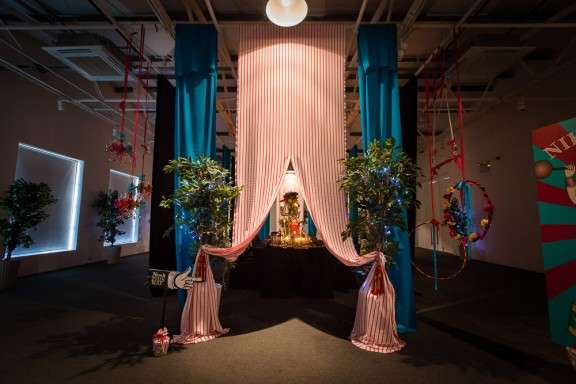 “We only invited immediate family and close friends to make it an intimate affair”, explained Niki. “We didn’t want to do anything traditional like readings, speeches or a first dance. We worked closely with Ava Styling to include items and pictures that epitomised us and our quirky personalities. At least half of the guests were actively involved in the wedding making it really it feel really special. Lots of our guests commented that they felt like they had entered a magical world like a fairytale or Alice in wonderland. We turned one of the bistro’s seating areas into an absinthe booth. Our cake topper from Little Ruby Red was AMAZING, us in full circus regalia and our gorgeous cats in top hats.” 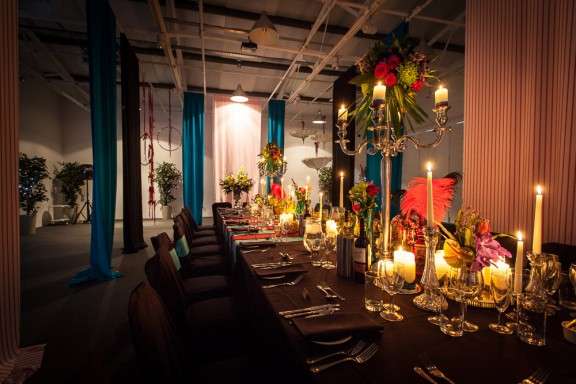 Niki wore a custom made dress and headpiece from The Couture Company and bespoke shoes from Jenny Revive. Her bridesmaid’s dresses were from Oh My Honey. “We created lots of bespoke signs and posters, we found a fantastic local printer called Serve Point UK who went out of their way to deliver everything in super quick time”, she continued. “We really splashed the cash on having Ava style our wedding for us but they were worth every penny!” 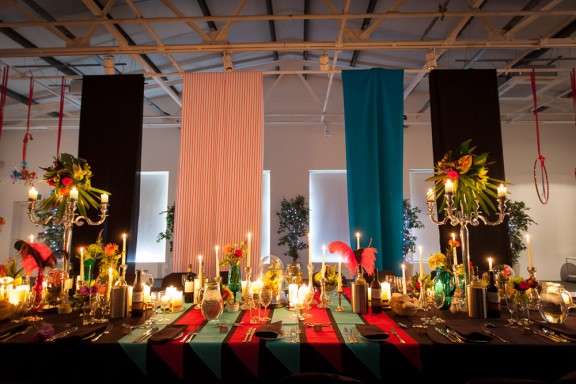 “Everything had gone perfectly to plan, that was until late in the evening, when we were expecting canapés”, Niki concluded. “When the groom enquired to the whereabouts of said canapés, it became obvious that there had been a bit of a mix-up. Instead of panic, the two best men took charge and made many journeys to the local chippy and with the amazing help of Ben and the rest of the staff at Fazeley Studios, (much to the brides dismay at the time) ended up serving some delicious chip butties that are still being talked about today with comments like ‘those chip buties were a touch of genius’ – the guests still don’t know it was completely spur of the moment!” 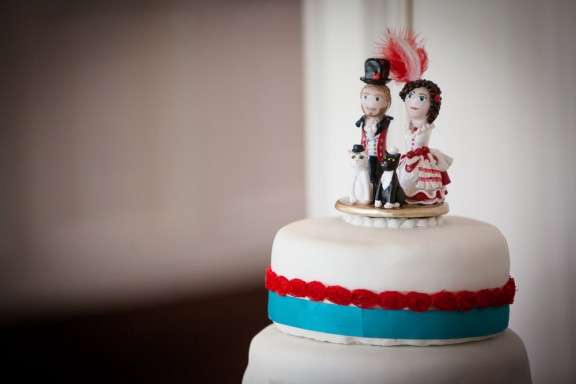 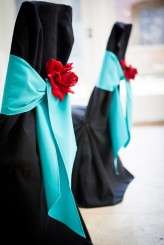 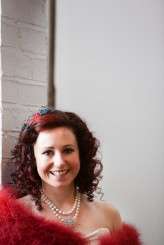 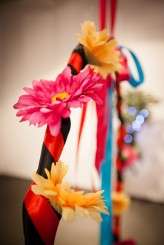 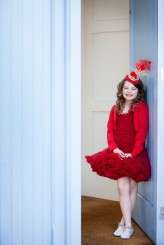 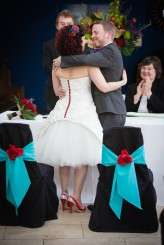 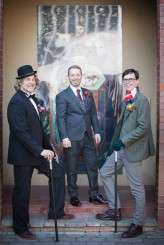 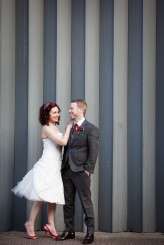 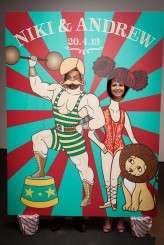