“Denis and I met in 2006”, began Jana. “We were both backpacking in Brazil and we ended up on the same bus going to a psy trance festival. Sixty-eight days later we were married in a simple ceremony and three days after that Denis had to return back to the States since his Brazilian visa was expiring. The next few years were extremely hard for us, as we were dealing with immigration issues and a custody battle over my daughter with her Brazilian father. More than a year later, when I was finally able to go to the United States, we just had an intimate dinner reception just to introduce me to his family and few friends. The custody battle was still ongoing and we could never plan anything, just waiting for the court process to decide the future of our family. Finally, seven years after all of this got resolved, we decided to go to Chile, travelling for the first time together as husband and wife, to renew our vows.” 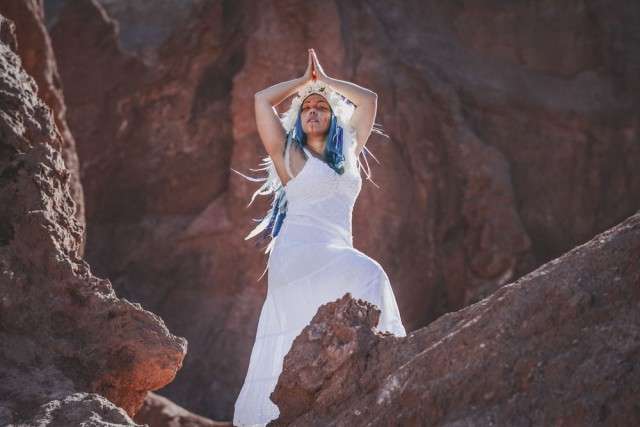 “The renewal of vows was actually surprise to Denis from me and he only found out when we got to the desert!”, she continued. “In the beginning we were just planning a trip, but I knew that travelling to this special place, I could not let the opportunity pass of celebrating our love and confirming our vows in an intimate way. I knew that Denis would not be too enthusiastic about this idea if I planned a staged ceremony with a script. He is extremely introverted and hates to pose for pictures. Also, our budget was pretty tight, so I decided to follow my heart and let something evolve on its own while we are there.”

The inspiration for Jana’s outfit was ‘Patta Hoiri’, which means ‘Mother Earth’. ” I felt an extreme connection with the Mother Earth while I was in Chile”, she said. “When we were married seven years ago I wore black, so this time I wanted to wear white. I did not want be too colourful or glamorous, I wanted some way that I could blend myself with the desert. I painted my face with ‘Urucum’ which is the plant seed that Indians in Brazil use during ceremonies, and wore a custom made ‘Cocar’, a headpiece worn by indigenous tribes. I wanted to honour my ancestors and feel connected to the ancient tribe.” 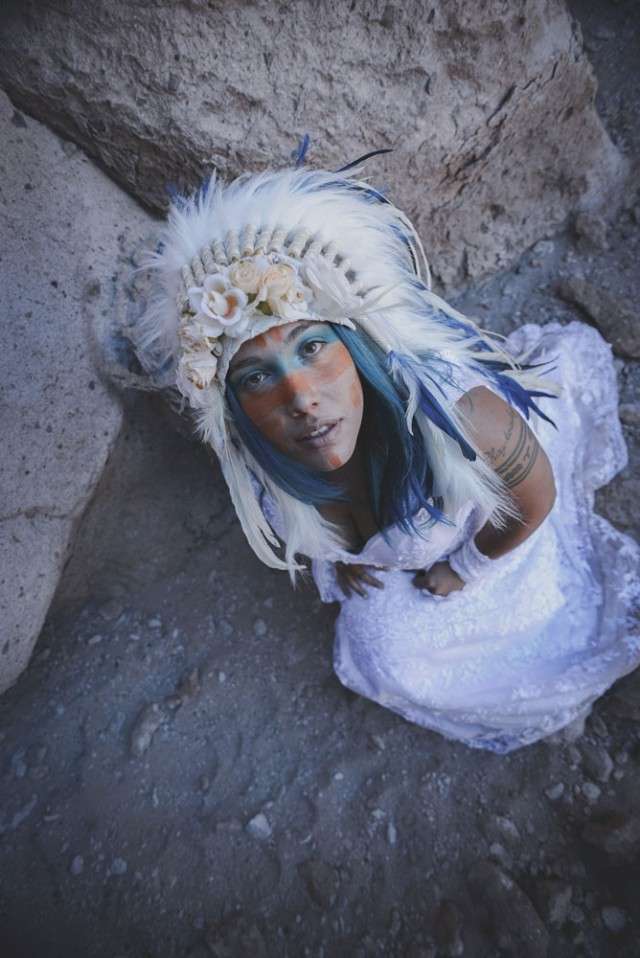 The ceremony itself wasn’t at all scripted, the pair just said what felt right in the moment to each other. “I wanted both of us to be comfortable and just focus on each other and just do what felt right. The main reason of all of this was to celebrate who we are, the encounter of our souls, our history and our journey.”

With the bride being a professional photographer, and them wanting to keep this just about the two of them, they decided to shoot all the photographs themselves. “We did not have the budget to bring a photographer with us, so between my ability to adjust the camera properly, Denis’s good eye and knack for composition, and the steady hands of our tour guides, we managed to get some pretty great shots of the whole thing.” 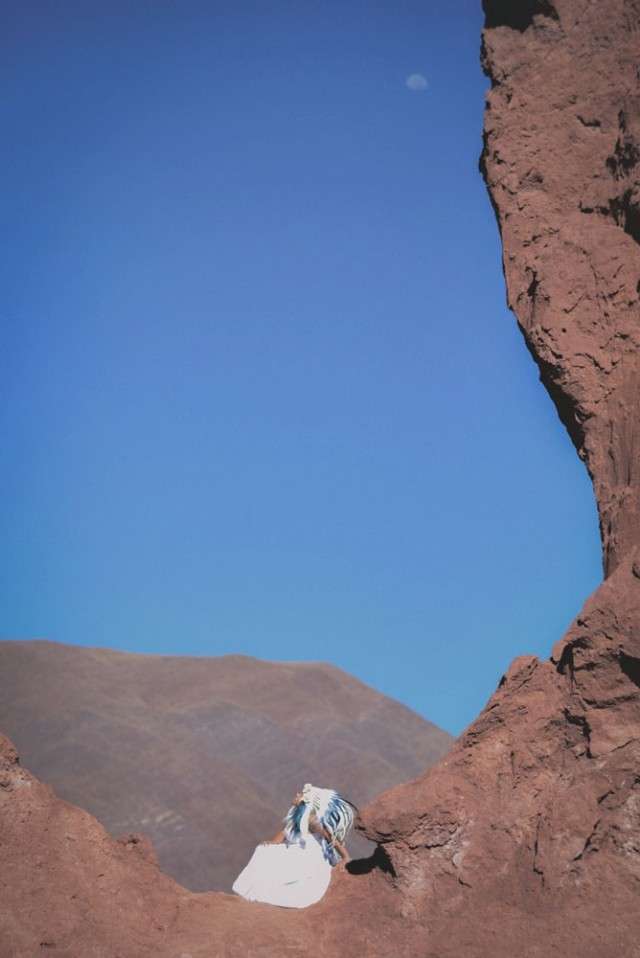 “However, besides saving us money, another benefit of doing it this way was it allowed us to be really comfortable and free and it just became another part of exchanging the vows. We wanted to capture ourselves living this moment, without us feeling like we are being directed by anyone or that we were staging it. We combined the solitude of the desert with our free spirit and this created a very playful atmosphere for us to act the way we are. I felt comfortable to model and be captured and be the bride of my dreams. I wouldn’t advise couples who aren’t professional photographers to do their own photos, but sometimes spontaneous photos can turn out magical and that shouldn’t be discounted.” 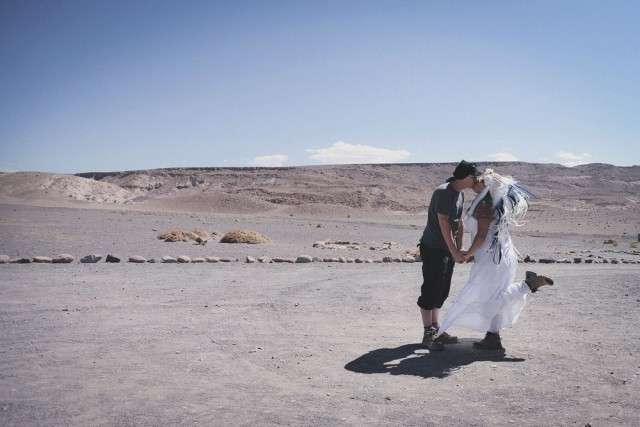 “My advice to other couples is to be yourself and follow your own path”, she concluded. “Don’t be too attached to details and plans because things can go wrong (like our luggage got lost by the airline!). Choose what comes from your heart and not what is fashionable or ordinary. The fashions come and go, but your essence is permanent. Do something with your heart that is the genuine proof of who you are and what you are surrounded by.” 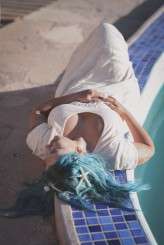 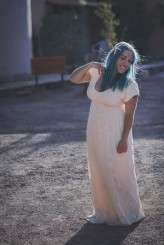 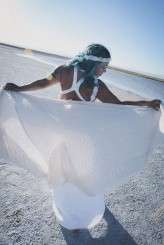 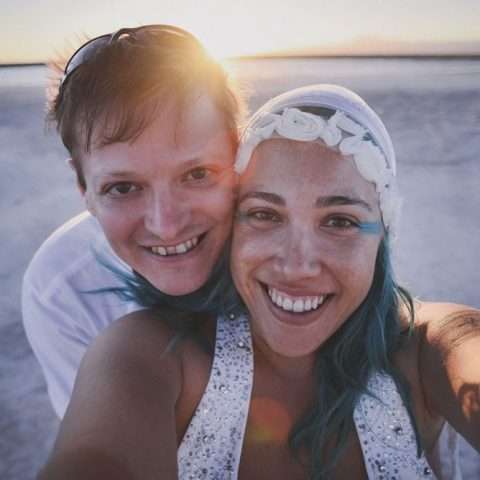 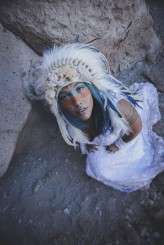 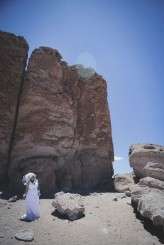 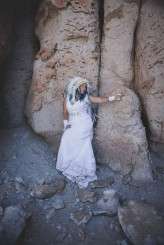 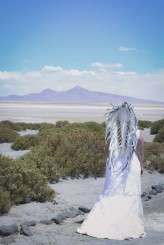 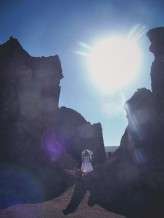 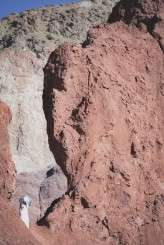 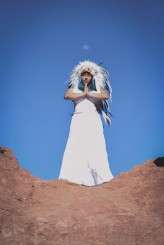 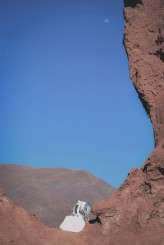 Ahh Palm Springs you are on my travel wish list for sure, and seeing weddings like Tasha & Curtis' makes me yearn for your palm trees even more. The wedding was held at the achingly cool Ace Hotel in June. "I'd describe our wedding theme as 1970s Rock n Roll", explained the bride. "Curtis is much more traditional than I am (shockingly - he has long hair and tattoos covering most of his body!) so we wanted to find a way to use the traditional ceremony but make it feel really personal and our own. We had our parents walk in at the front of the wedding party, then all of our 'Allies', as we called them, came in separately (no boy/girl pairs - they each stand alone in awesomeness) and then we came in together.

Ron and Diana chose the Ace Hotel in Palm Springs to host their wedding back in March. Their day was simple and elegant but with an added dash of sparkle! "Our wedding had a desert chic theme!" wrote the bride. "The otherworldly modern feel of the natural desert offset by a palette of mixed metallics. We did a lot of DIY. I had a serious staff of dedicated friends – we crafted every weekend for four months! I even flew my future mother-in-law out from New York to help - she had great handwriting for all the personalized gift bags from her days teaching kindergarten. Don’t be afraid if you don’t know exactly what its going to look like when you are done, if you can dream it do it!"

Imagine renewing your vows at Burning Man, not planning to have a photographer, but then a professional wedding photographer walks past and offers to shoot your ceremony for free! That's exactly what happened to Kirsty and Amir.