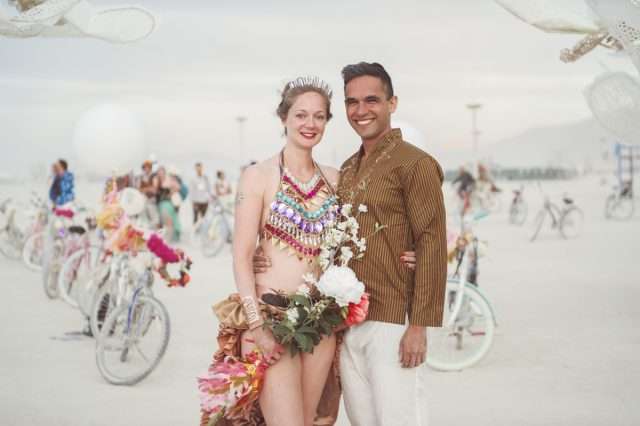 Imagine renewing your vows at Burning Man, not planning to have a photographer, but then a professional wedding photographer walks past and offers to shoot your ceremony for free! That’s exactly what happened to Kirsty and Amir. 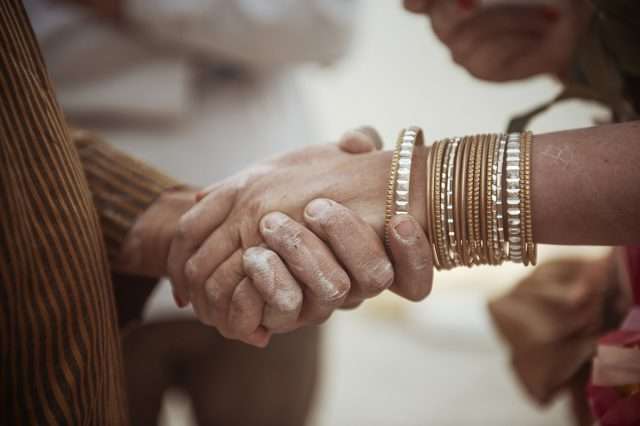 “The whole thing was pulled together in just a few days before the ceremony so it was very low key and we just used what we had”, began Kirsty. “Nothing, apart from what we wore, was planned in advance. The idea to use the bikes to crate an aisle happened when we all arrived at the Grove.” 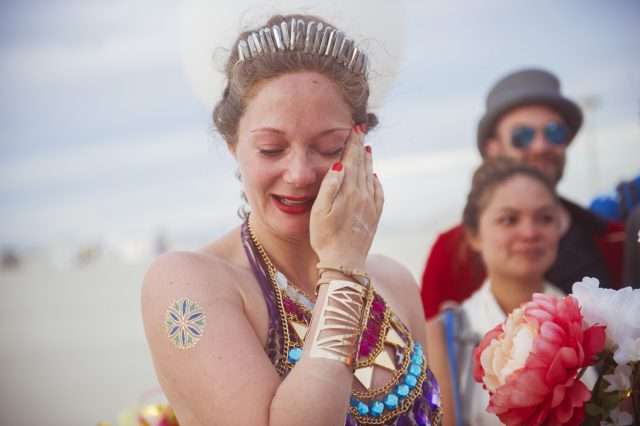 “This was something that we wanted to do for ourselves and to share with our close friends. We wanted it to be honest and fun and to be able to say the words that we don’t often say to each other. The ceremony was led by our friend, Kevin, and he started with a beautiful speech about the sun, moon, light and love. Then I read my speech to Amir. It took a couple of tries to get started because of the tears. Then Amir spoke through his tears too. It was finished by Kevin with a blessing. Then we skipped down the aisle (unplanned but it felt right!). After a lot of hugs, more tears and some photos, we all headed back to our camp for gin and tonics.” 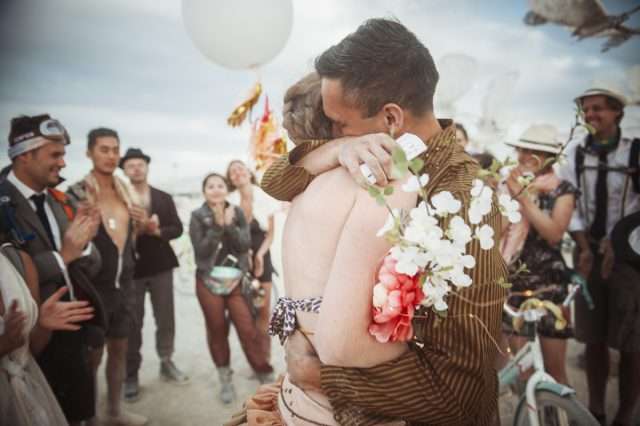 “The best part of the day was when Lung, who took our photos, just showed up as we were setting up! She had tied some balloons to her bike and that was how the conversation started. Then Lung told us that he was a professional wedding photographer and he wanted to gift us some photos. This is the result! Burning Man is incredible for creating these moments of coincidence and that’s what makes it so special to us.” 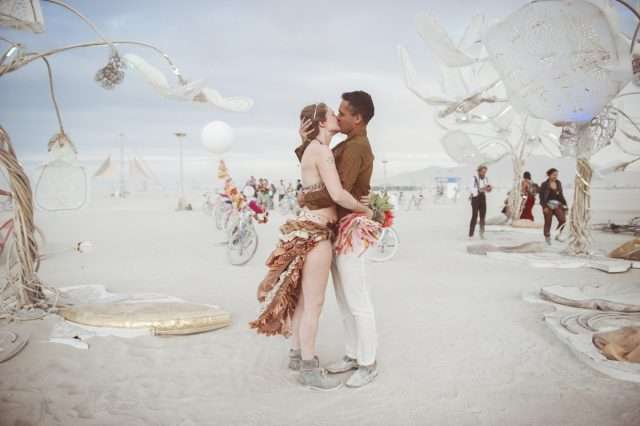 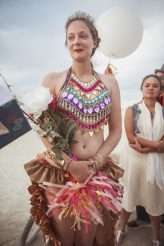